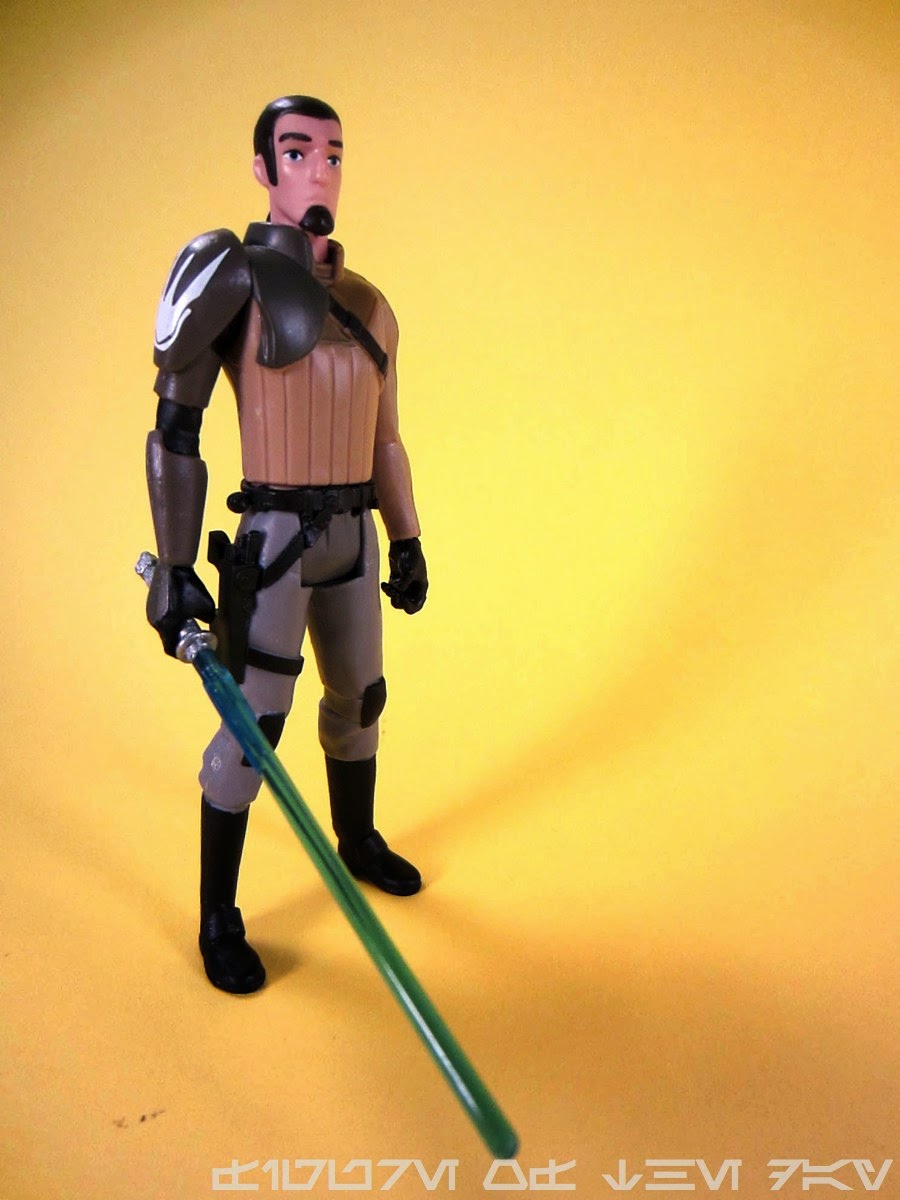 Commentary: I suspect that Kanan Jarrus will be identical when released again this year individually in Saga Legends, or in a Target-exclusive bundle with the Phantom vehicle.  For now, this is his retail debut and as such that's a cause for celebration!   It's been quite a while since we had brand-new Star Wars with an all-new cast and an all-new show.  Heck, even the prequels gave us mostly existing characters in younger forms, so this is something of a minor miracle.   I'm quite pleased with the results - seeing a few preview videos and nothing of the actual show, I love this figure.  It's well done for what it needs to be, and I can only assume the details are what I think they are.  Basically, what we have here is a mishmash of tributes of existing things.  His right arm looks like it's wearing stolen and repainted Stormtrooper armor.  The outfit looks a little bit like McQuarrie's Luke/Deak concepts.  His head - and much of his look - reminds me a lot of Rahm Kota, albeit much younger.   This figure just looks like a tribute to the now-excised Expanded Universe, which is kind of nice.  The look and feel is nice to keep around. 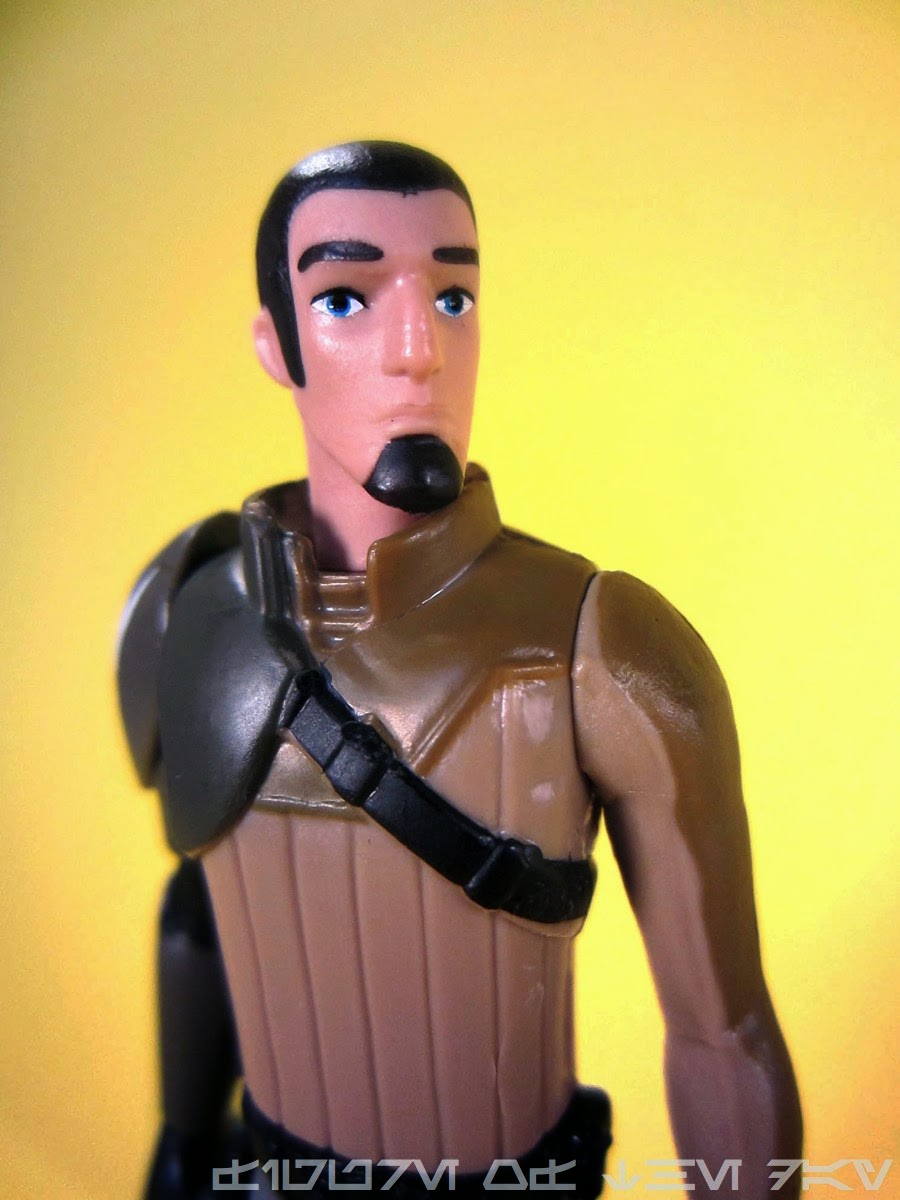 The figure's lightsaber is all new, and a single piece accessory - it doesn't pop together like on the cartoon.  There's a blaster sculpted in his holster that is non-removable, and the deco is solid.  Knee pads, boots, bandoliers, and all that jazz are black with grey, brown, more grey, and more brown covering the rest of his person.  The head paint on all the samples I saw looked very clean, moreso than most recent figures we've seen in the various other lines.  I couldn't find a single bad one in the batch, which makes me all happy.   I should also note he has a symbol on his right shoulder, and like much of the art in the show it resembles a bird and also the Rebel symbol that I guess (chronologically speaking) doesn't exist yet. 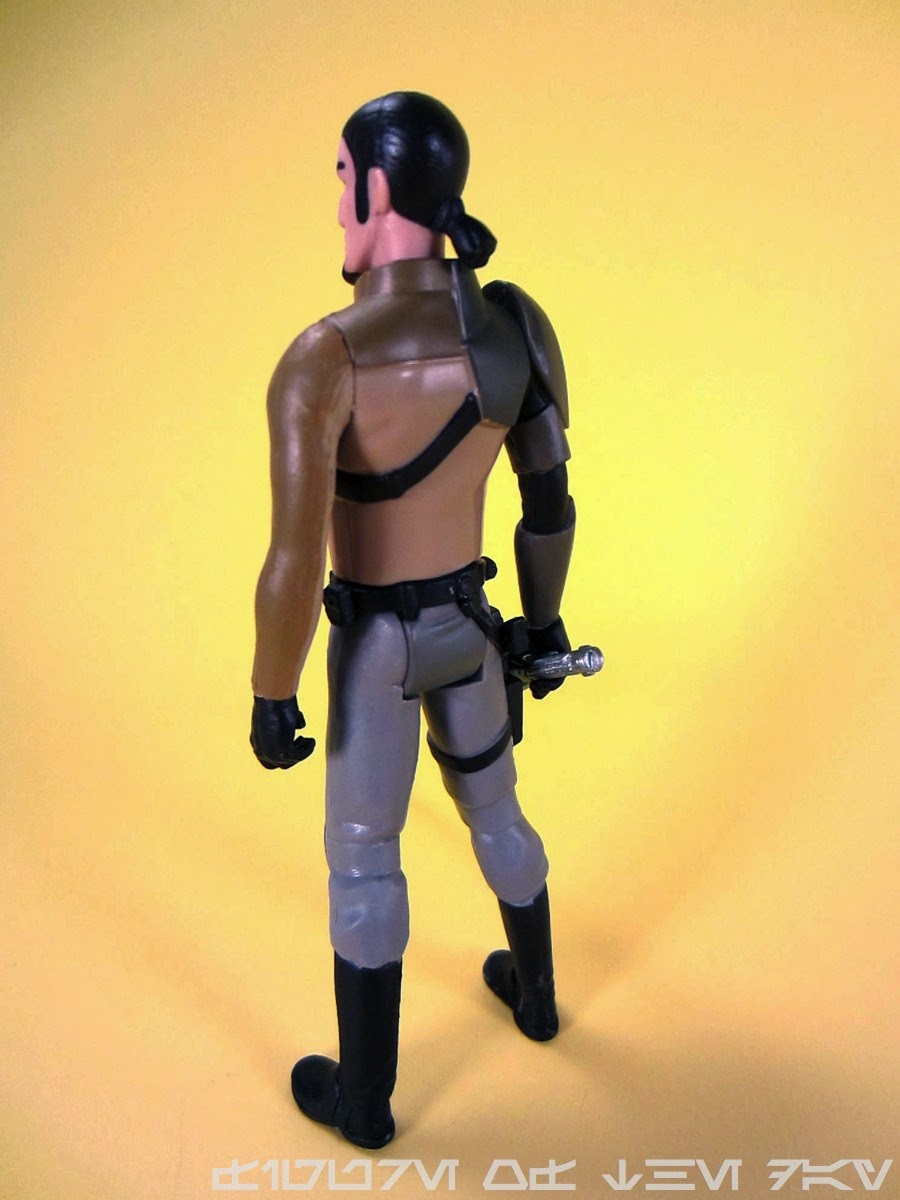 The joints work, and he stands well.  He passes the Landspeeder Test(TM) for articulation excellence, so I suspect he won't give us many problems with the vehicles which I actually do not have yet but am super eager to try out.  While it doesn't measure up to the collector standards of 2010, it does hold up to basic toy standards and as you know, that's what really matters to me.  It looks good, it stands, it fits in vehicles, and it can hold his accessory.  We're all good here. 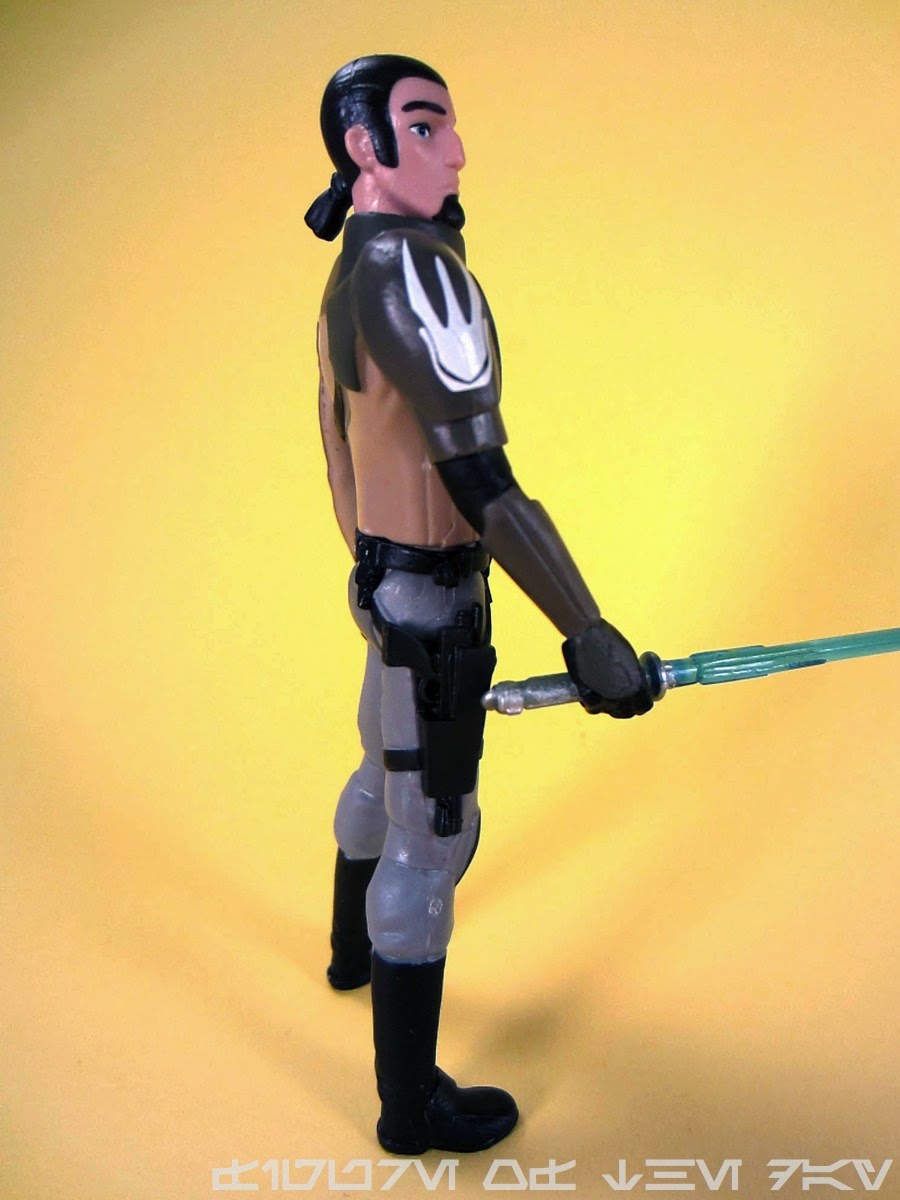 Ponytail and a soul patch- hello and welcome to twenty years ago, Disney.