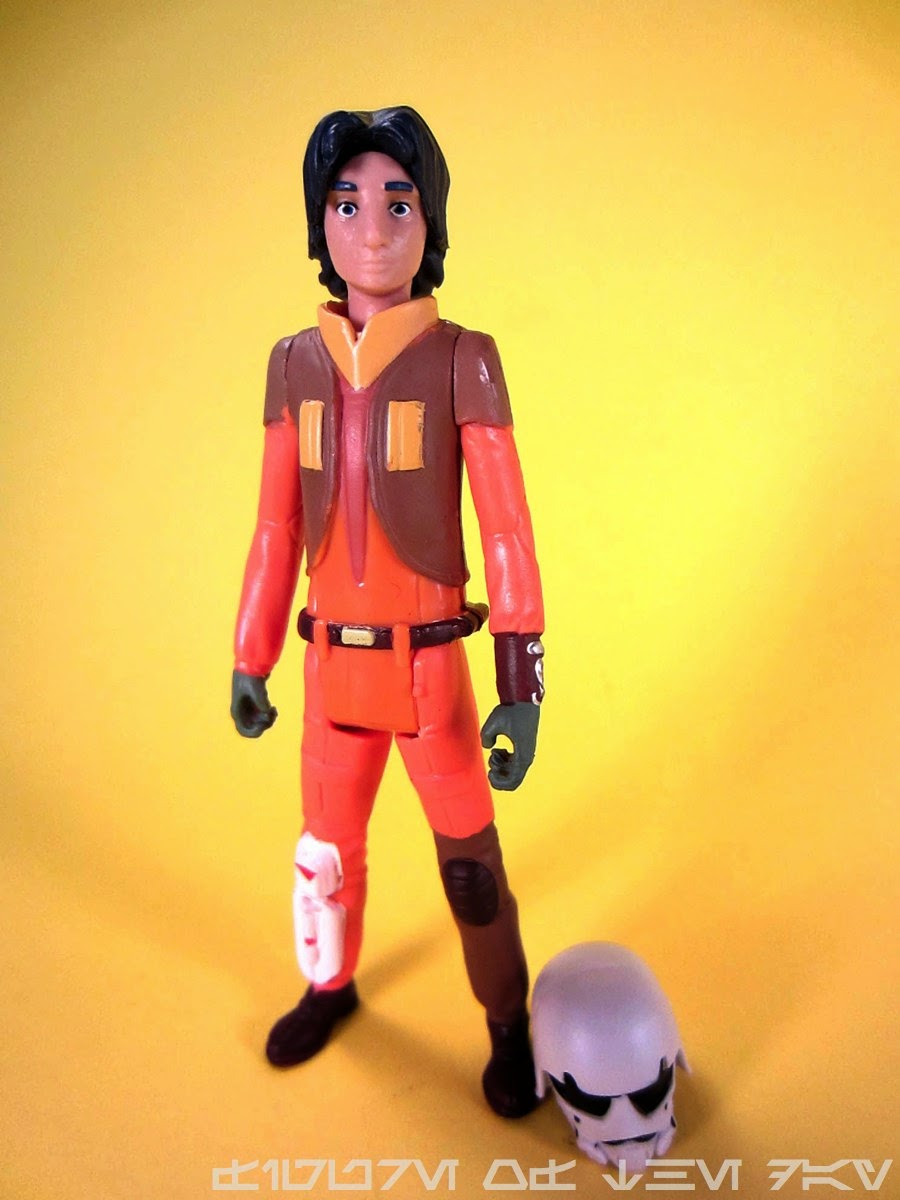 Commentary: I do not anticipate I will have warm fuzzies for Ezra Bridger after watching the show.  The heroic young scamp isn't my favorite archetype, when I was a kid I was much more interested in the Lukes and Venkmans of the world, people my own age would not have been appealing role models to me.   I hope he turns out well - the character was intended to be the same age as Luke Skywalker, but I was surprised to read on the bio that he's the exact same age.   The fact that his weapon is a slingshot is, well, it's certainly cloying but it wasn't included here.  Instead, he has two hands ready for weapons, but only sports a helmet from an AT-DP pilot.  I absolutely adore the idea of a character that steals enemy hardware for a variety of reasons - because our collector ilk is represented, and because it makes toys interesting.   It's expensive to make new ships - so why not let the good guys steal TIE Fighters and paint on a symbol saying "My other starship is also stolen" on the bumper?  I like this line of thought. 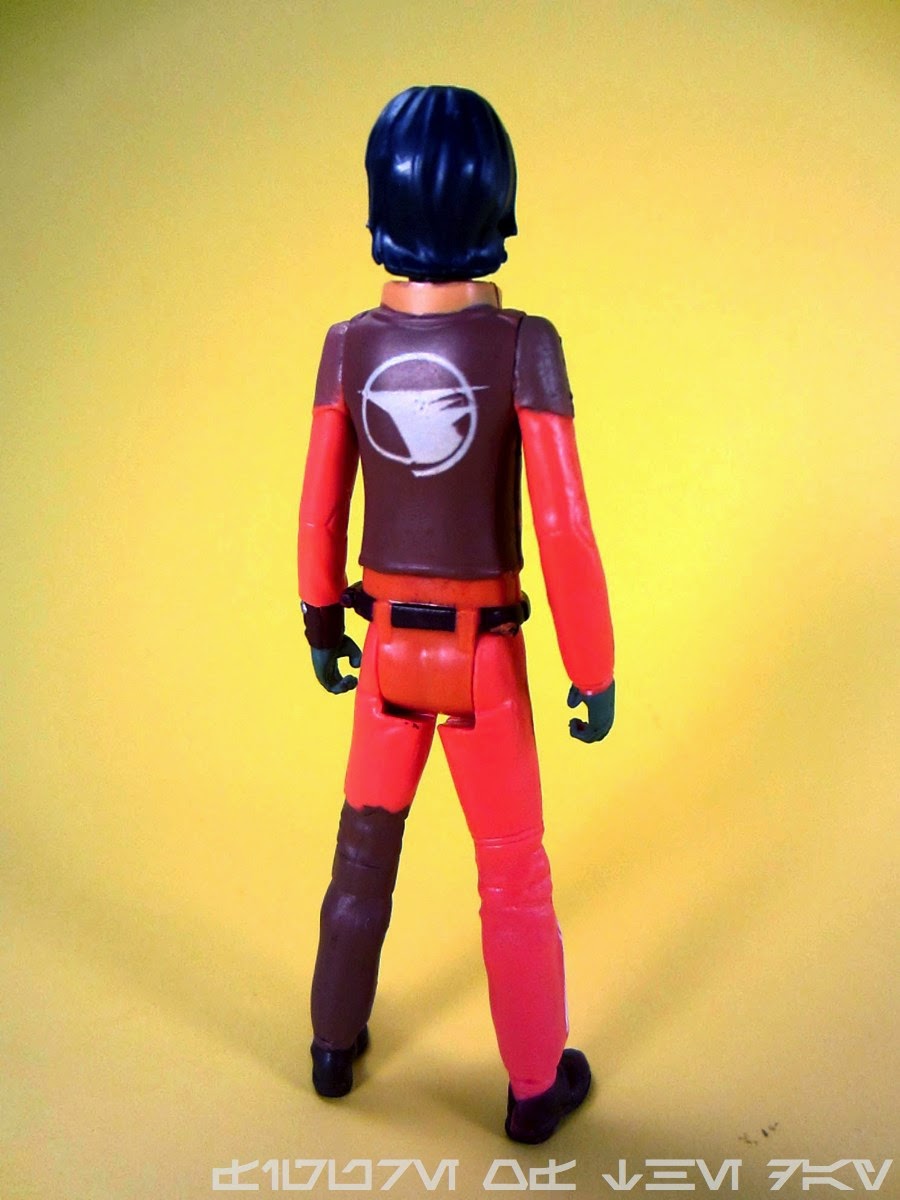 He's wearing a suit that is, to say the least, piecemeal.  Let's say Punky Brewster meets Star Wars.  His right shin seems covered in McQuarrie-inspired Imperial armor, while his left leg seems like normal pants.  His orange suit recalls that of the future Rebel pilots, and the vest with sleeves... I have no idea if I should be reading into this one bit.  But the back of it has a swell bird-like symbol on it, and I'm surprised Hasbro is going through the trouble to make these figures look good from all angles.  We don't get a ton of detail due to the animation style, but it seems the important stuff is all here.  His left wrist has a communicator of some sort, with silver buttons and a brown cuff - it's nice.  It's real nice. 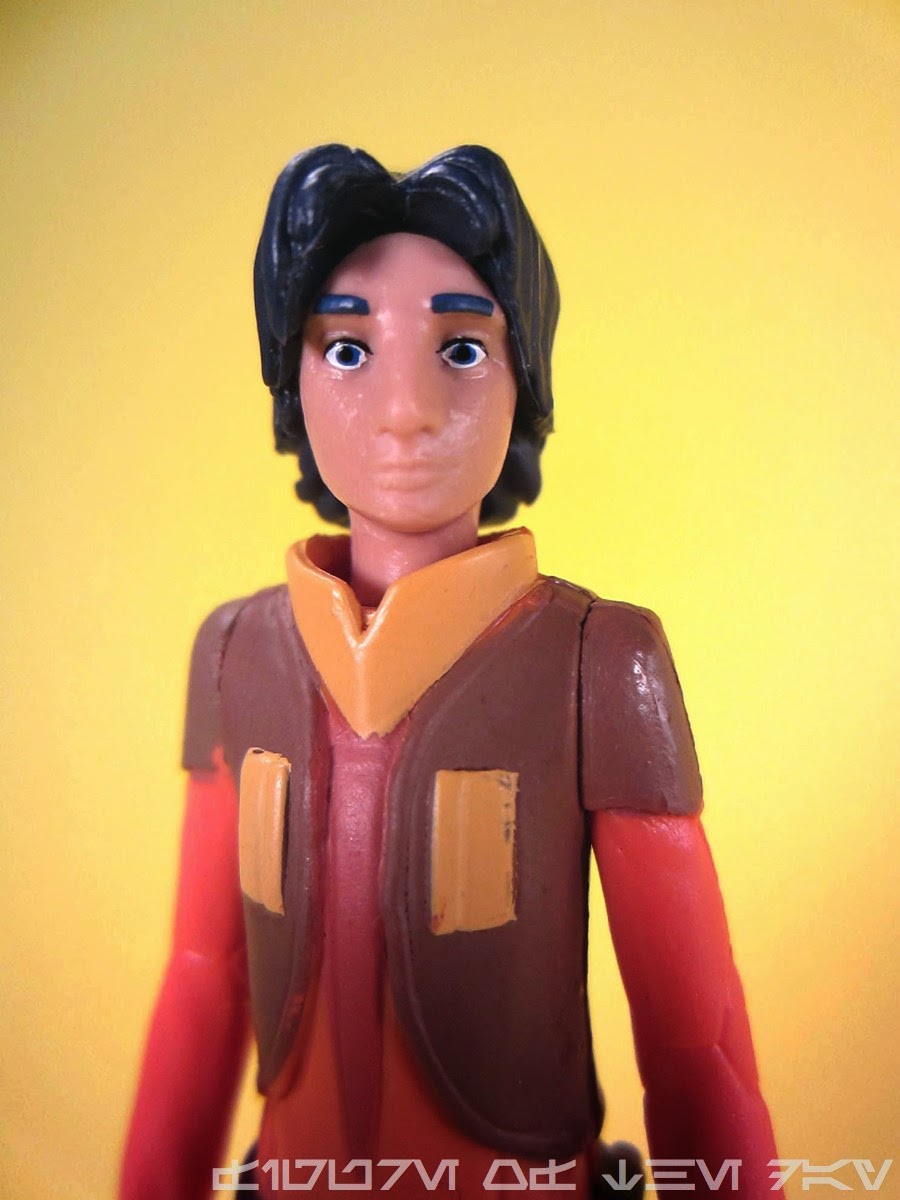 The helmet is a tight squeeze, but it fits.  Actually, it fits Obi-Wan and Kanan more easily, but it will fit over Ezra's ample and wide hair without too much of a fuss.  It looks similar to one of the Snowtrooper concept helmets, plus it has a fair amount of black deco and off-white plastic that should keep it looking good in the long term. 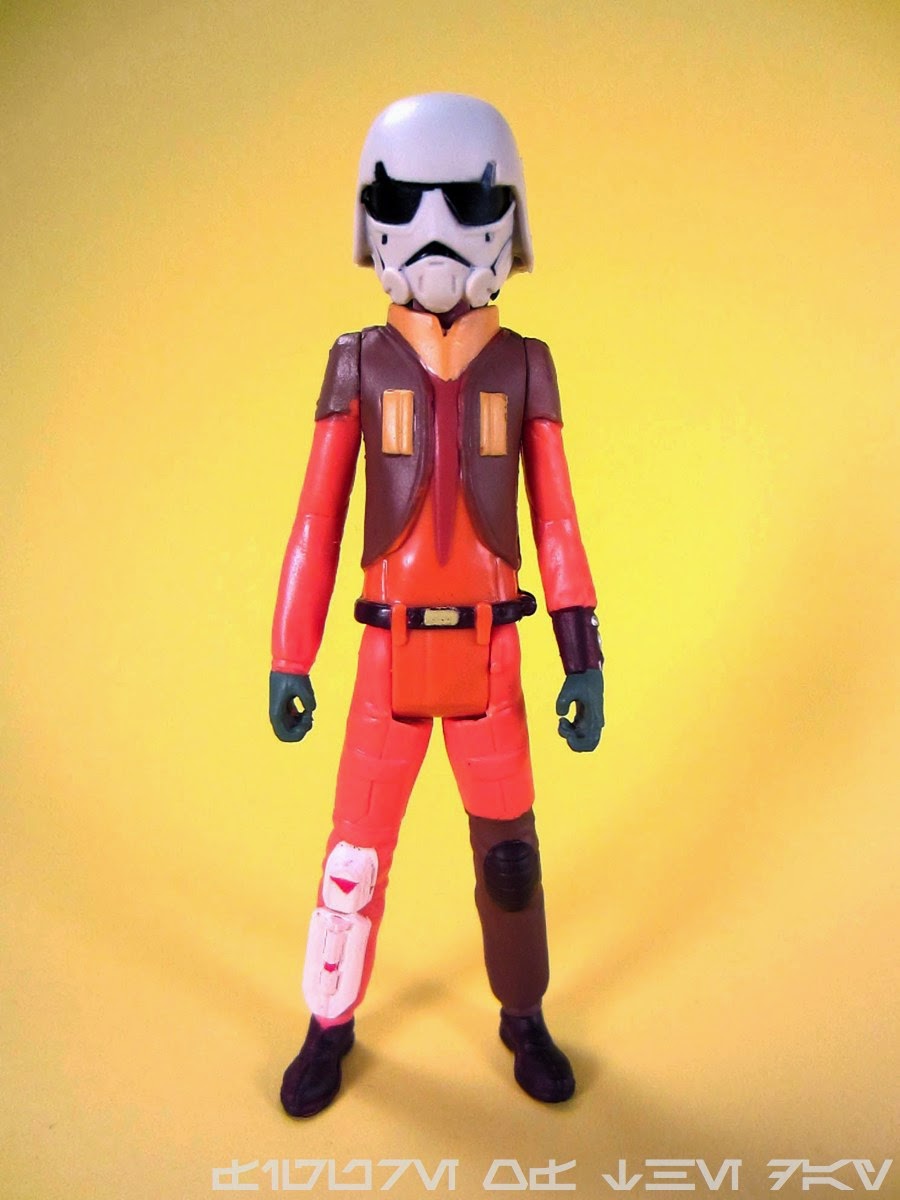 The head sculpt matches the TV show renderings I've seen so far, so I'm going to say it's good because I haven't seen it in motion much.   The dark black hair feels like it has hints of blue, and the face paint is pretty clean.  I couldn't find a bad one in the bunch - the entire case of these looks excellent at the store.   I am expecting this figure to be identical to the Saga Legends single-carded version, but we'll have to wait and see to know for sure.  Regardless, buy this one - you'll want the bonus Obi-Wan, and the Kanan, so just cave in now and call it a day. 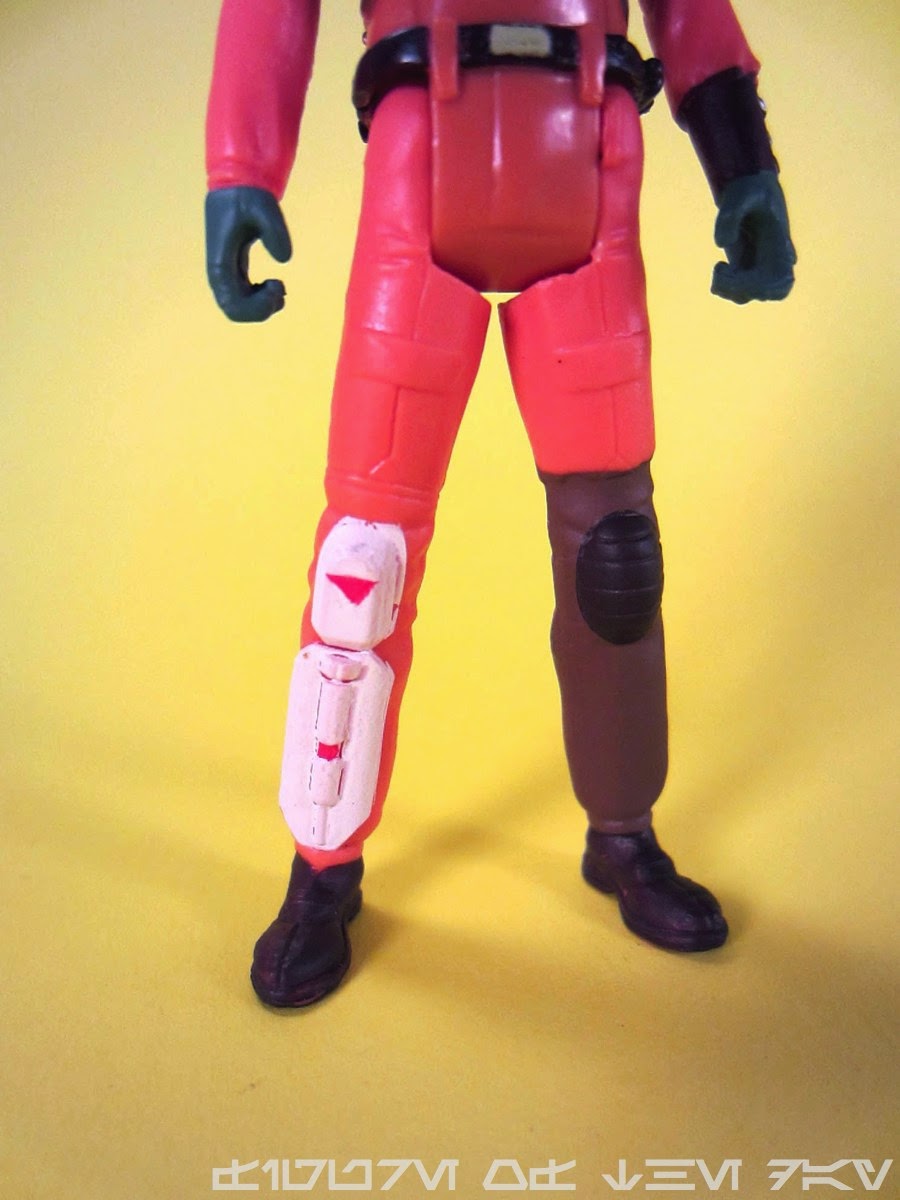