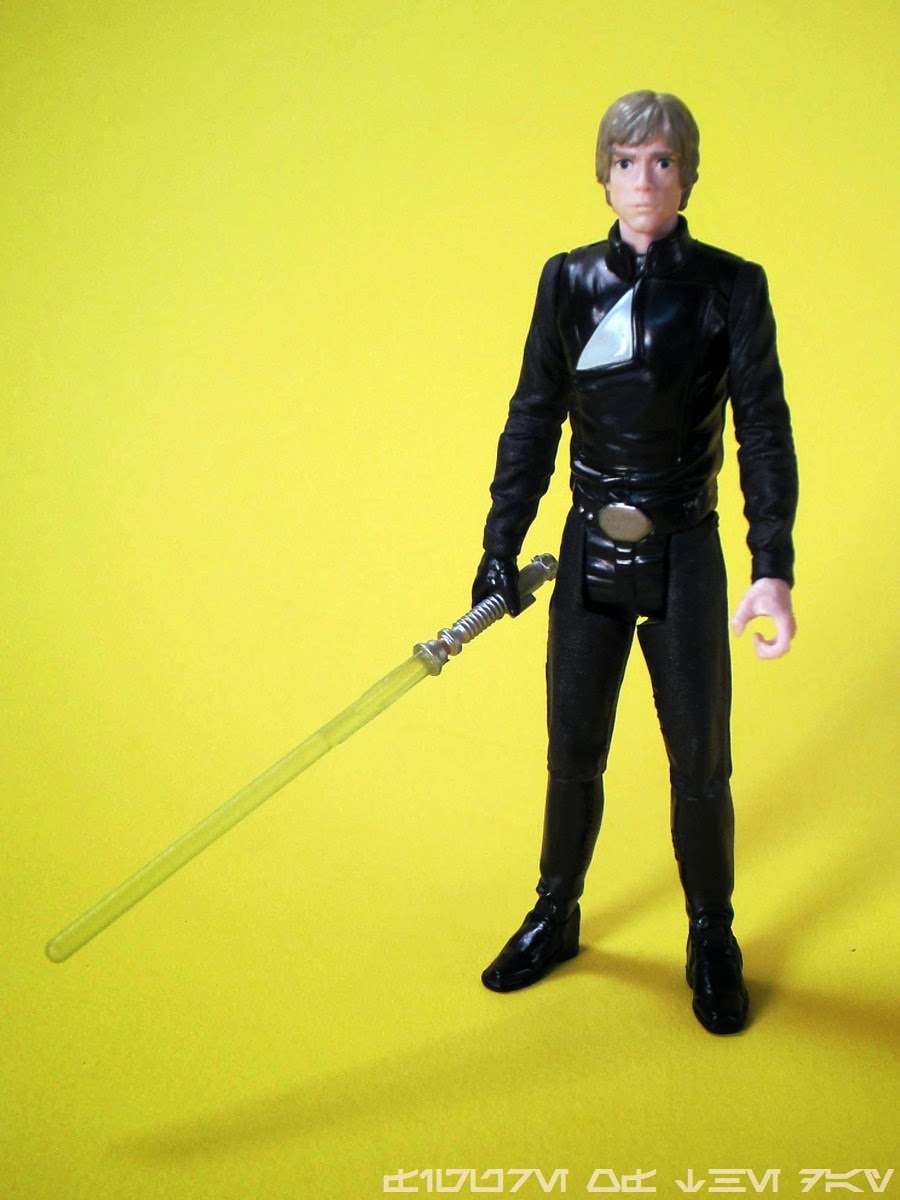 Bio:Luke goes to the second Death Star for a final confrontation with Darth Vader.  When Luke refuses to turn to the dark side, a devastating Lightsaber battle ensues between father and son! (Taken from the figure's cardback.)

Commentary: As a kid I wanted Luke Skywalker figures.  I had most of them as the line went on, but I didn't get some until years later.  This white-flapped Death Star version of Luke didn't even exist as a figure for quite some time, so seeing it today as a 5-jointed throwback is a real treat.   The sculpt is good, the paint is acceptable, and the ability to sit is good enough.  He has no problems standing, so he's a winner in my book. 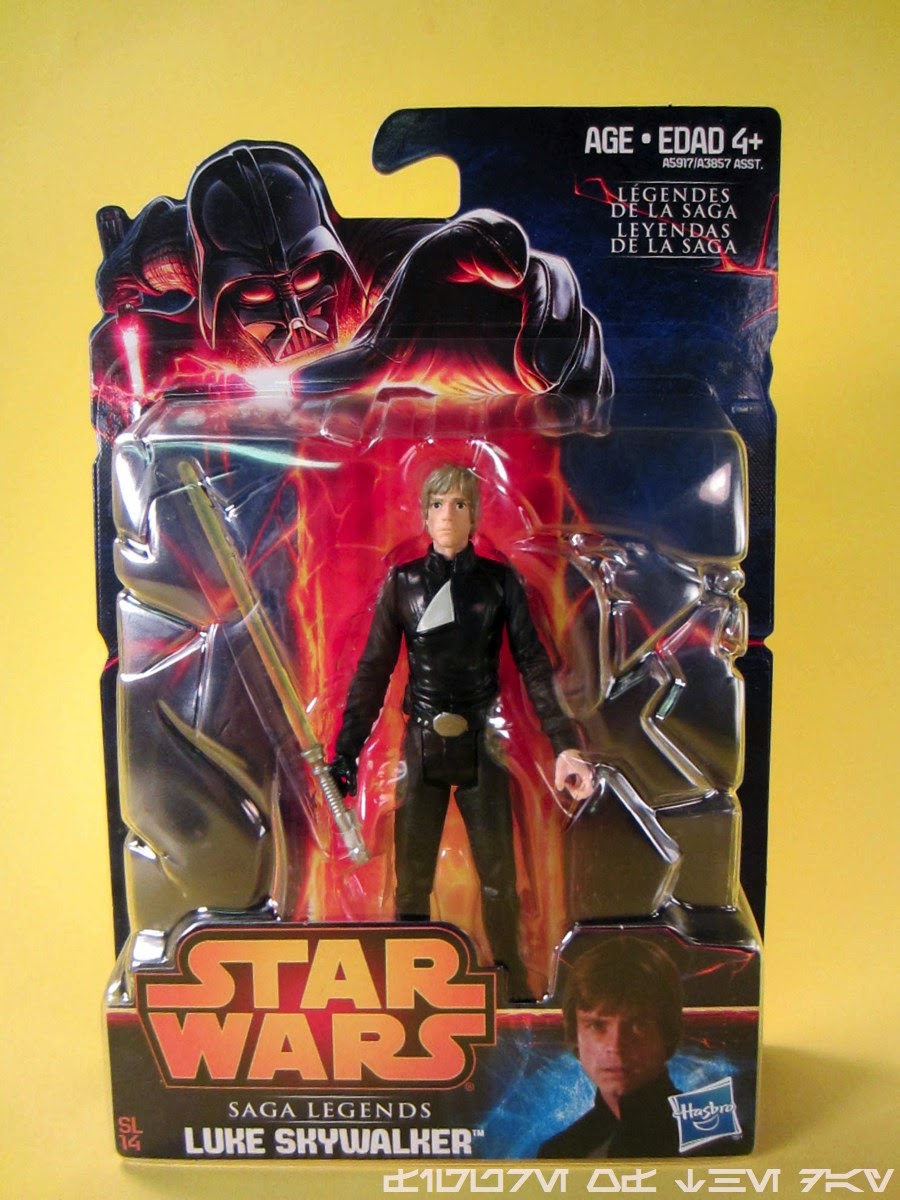 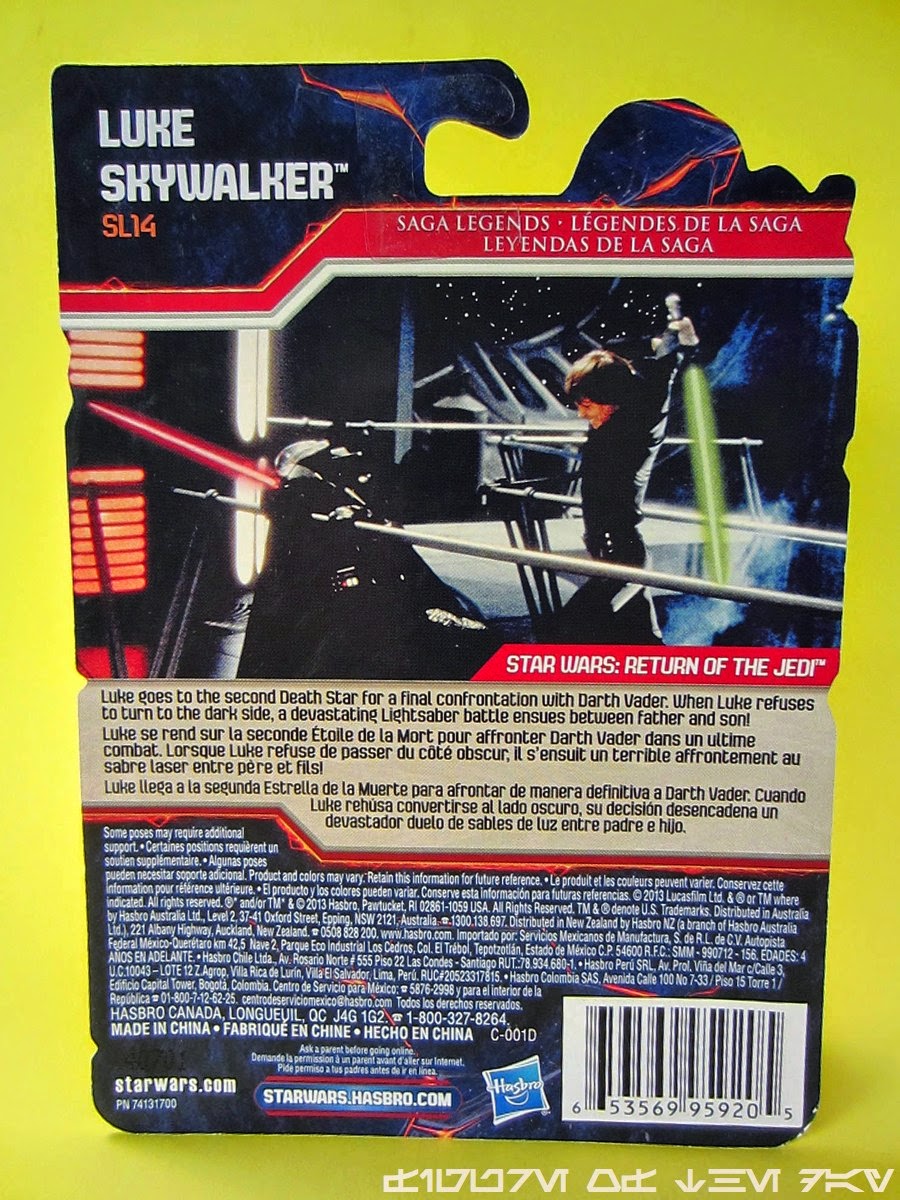 The first thing I noticed about this figure is that the eye paint wasn't as perfect as I might like - it's not the worst Jedi Luke, but well, there's some real zingers in there.  His eye paint in this version is just a tiny bit too much - the top of the eyes seems to be painted larger than the eye sculpt, but the sculpt itself is exquisite.  There's a subtle mole on his left cheek I didn't notice until I put him under my desk lamp, with another similar marking just under his right eye.   The chin is good, the hair is good, really this figure is a redeco away form being excellent.  The torso is glossy and the limbs are more matte, with a white shirt flap.  The right glove, boots, and belt are glossy which was a real surprise for the so-called discount figure range, and this is certainly the best action figure Margaret Keane ever designed.

Luke's sculpt is pretty simple - he's skinny, and the outfit is more or less what you'd want in this figure.  I'm certainly satisfied with various silver snaps and buttons on his belt, giving the figure a little more detail than I would have expected.  He has no problem holding his green lightsaber, which has a silver grip and that gold bit near the emitter.   The flare on the blade seems more subtle than usual, too.  The figure passes the Landspeeder Test, so he may be a good vehicle pilot if you can find one.   It's a good figure if you like this kind of toy - and I do.  If you don't, well, I guess it won't matter to you that he isn't easy to get right now.   I'm glad I got one, and I hope Hasbro makes more figures similar to him in the future.