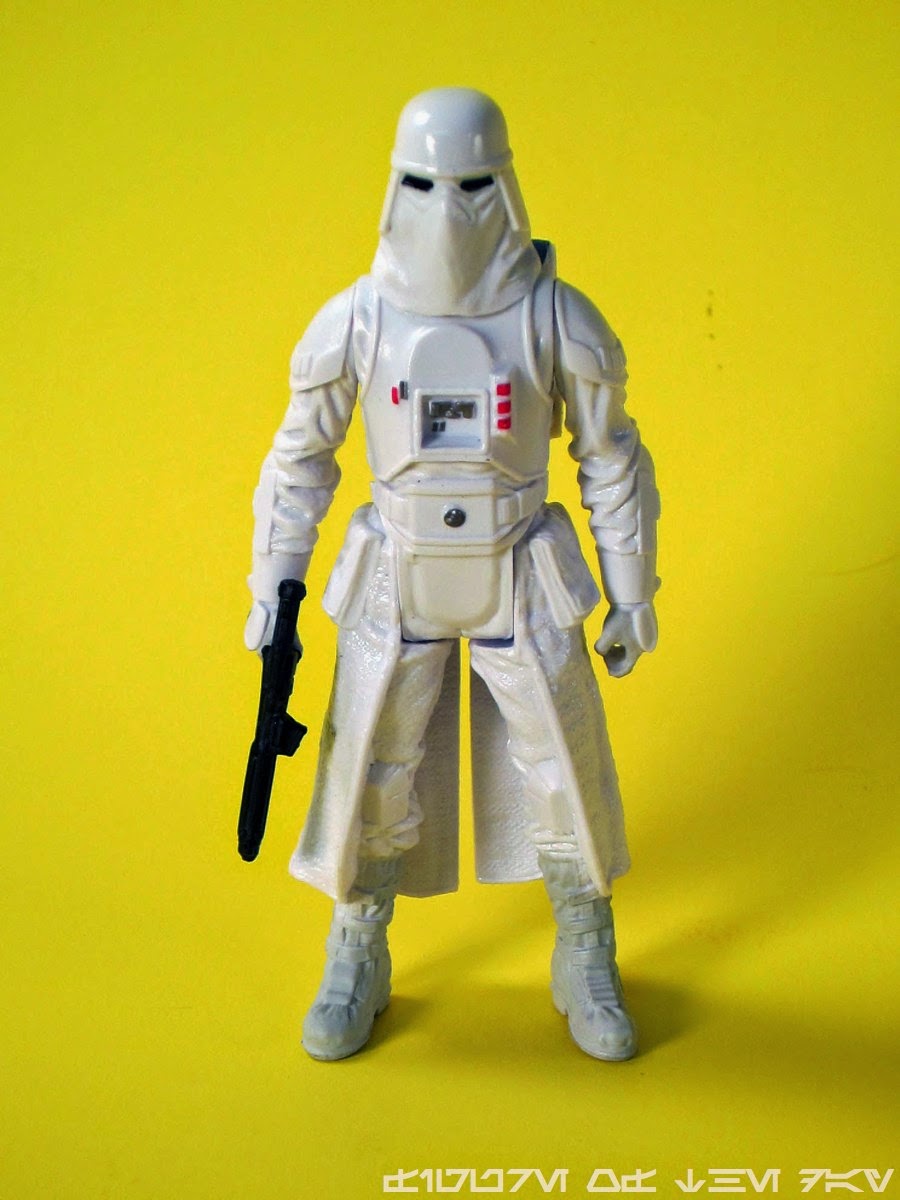 Bio: Snowtroopers wear specialized white armor that protects them from freezing climates and provides camouflage on snow-covered worlds.  Geared for battle, Snowtroopers attack and destroy the Rebels' hidden base on the ice-covered planet Hoth.  (Taken from the figure's cardback.)

Commentary: We've seen a lot of Snowtrooper figures, but this may be my favorite.  The super-articulated Vintage The Saga Collection figure is OK, but bulky and his hat falls off.  The 2003 Saga one had an awesome firing tripod cannon, but not a lot of articulation.  And the 1997 one, well, he couldn't sit.  There have been many of these, but I think this one offers the most as far as standing around goes.    He really does look like a modernized take on the 1980 action figure.

While Hasbro created a figure with the perfect clearance to sit, the wrap around his legs is just bulky enough to cause him to fail the Landspeeder Test.   I tried a smattering of vehicles, and found he could sit in the new, smaller Revenge of the Sith Jedi Starfighter without too much trouble.   His range of movement is more than acceptable given the design challenge, as his head cannot move but the arms can freely rotate.  The legs come closer to a 90-degree angle than one might expect, so if I bet he could fit in my MTV-7 if I could easily find it.   Otherwise, the actual sculpting is quite good.  The boots have a little dark color on them, the knee pads are glossy, and all of the wrinkles and buttons and textures look better than previous versions.  The Vintage 2000s version had a wider mask, this one seems a little narrower than most and I think looks all the better for it.  Of course, according to photos, it could be more accurate - the mask should touch the shoulders it seems.

So sure, the head isn't as accurate as it could be, but it feels good.  That counts for a lot in my book, and I'd buy a few more of these to populate my 2010 AT-AT if given the chance.  I do not anticipate being given that chance, so I'm going to be happy with the one and presumably only version of this mold I'll probably ever see.   You would have loved buying these for $6 at the store, but like the Stormtrooper before it you're probably going to have to rely on help or just live in another country where this figure is more common.  Looking ahead it seems that Saga Legends will continue with Rebels characters and a good smattering of Original Trilogy Empire troops, which, really, what more could you ask for?  I'd love more AT-AT Drivers, TIE Pilots, Stormtroopers, and six bucks a whack - especially if they can fit in the vehicles. 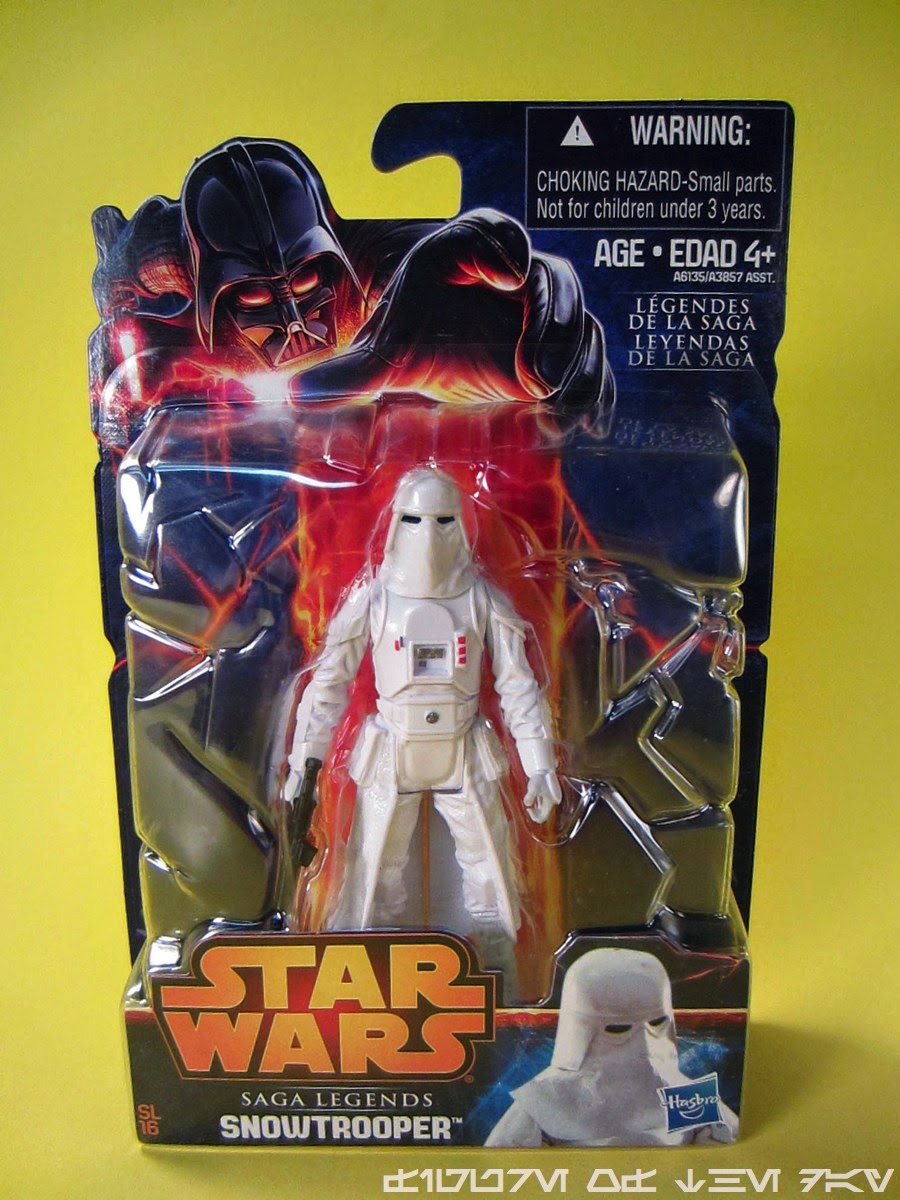 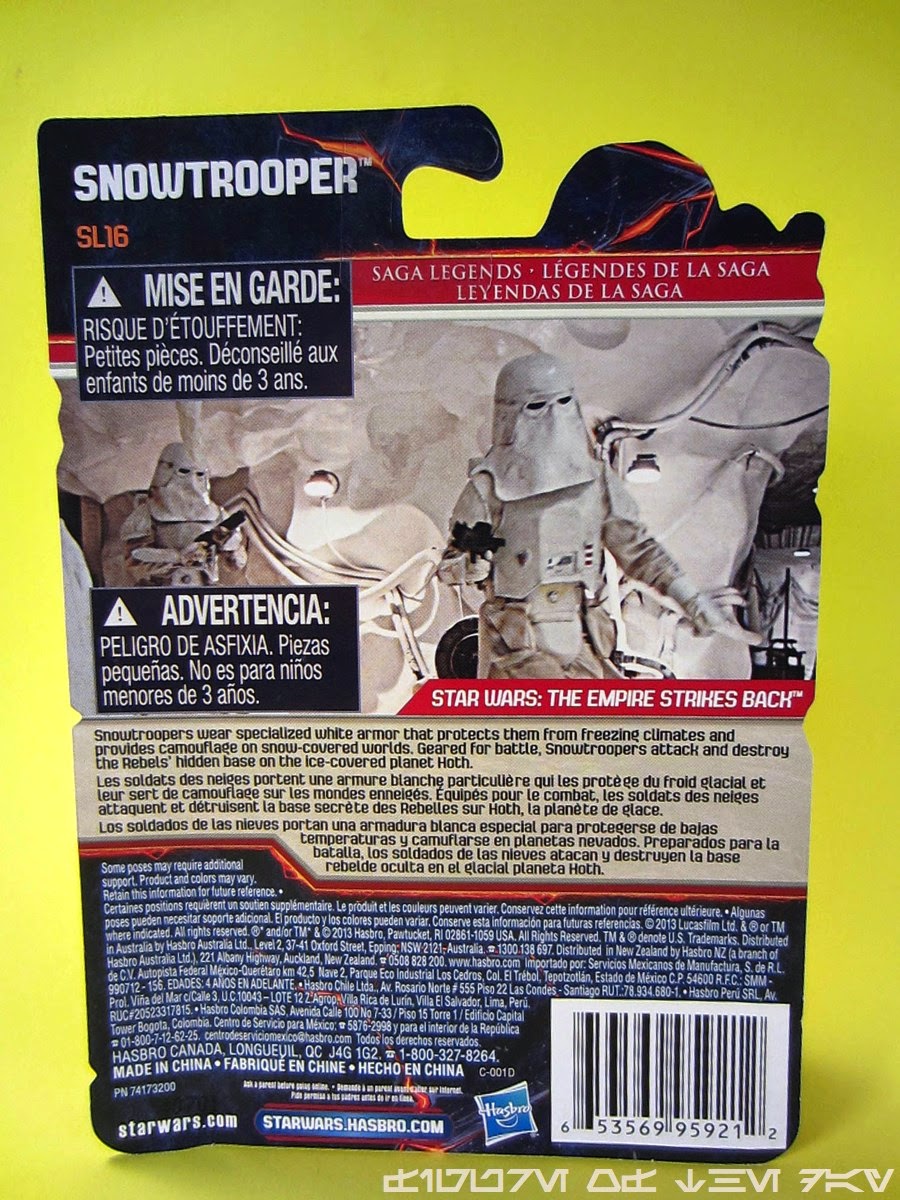