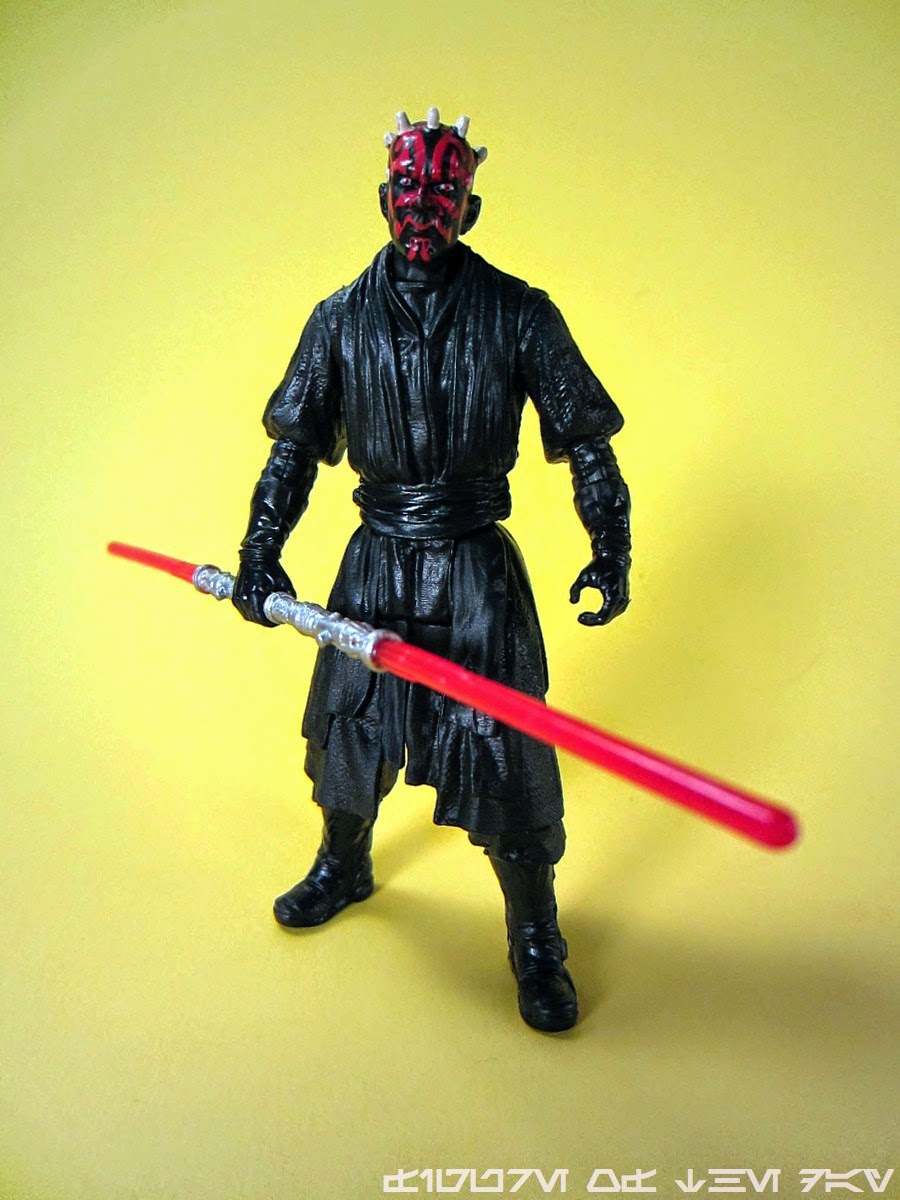 Bio: Sith Lord Darth Maul emerges from the shadows to reveal the ominous presence of the Sith, who use the dark side of the Force and are enemies of the Jedi.  Maul duels Qui-Gon Jinn on Tatooine and finishes that Lightsaber duel, with deadly results, on Naboo.   (Taken from the figure's cardback.)

Commentary: At no point did I start 2014 saying "gee, I wish I had another Darth Maul figure."  I have plenty - so do you.  2012 got us the Vintage Collection version which is good, but it turns out that even though we got a swell simplified one in a 3-pack there was still room for improvement.  Hasbro did a bang-up job on this guy since he stands fairly well.  The design is exquisite - Hasbro put a lot of thought into making this guy interesting for anybody.  The right hand is rotated slightly, giving him a unique offensive pose while not giving him a wonky arm when he isn't holding his weapon.  The left hand is more or less normal, allowing him to hold the blade in a not-too-fun format.  It's good for display shelves, but not fun - so really, this figure was designed with a lot of people in mind.

Darth Maul's bulky costume won't allow him to pass the Landspeeder Test, but he can fit in the Hasbro Sith Infiltrator vehicle.  That's what really matters - he fits, and he fits well.   The detailing on the robe is good, on par with Hasbro's recent better efforts.   The gloves and boots aren't terribly glossy, but they do shine enough to be interesting.  I really like the head sculpt - the horns are painted well, the face is fierce and determined, and they don't show any teeth here for once.  His face tattoos are bright and neatly applied, plus his lightsaber has a silver grip with a few red buttons on it.    This may not be all you want in a Maul, but it's certainly everything you need.  I'm pleased to have such a figure that can look good, sit, and stand without a fuss - Hasbro did a great job here.   Well, they did a great job designing, decorating, and creating it.  Getting it to you, the consumer, will hopefully get better in the coming months because man, this is a nice one. 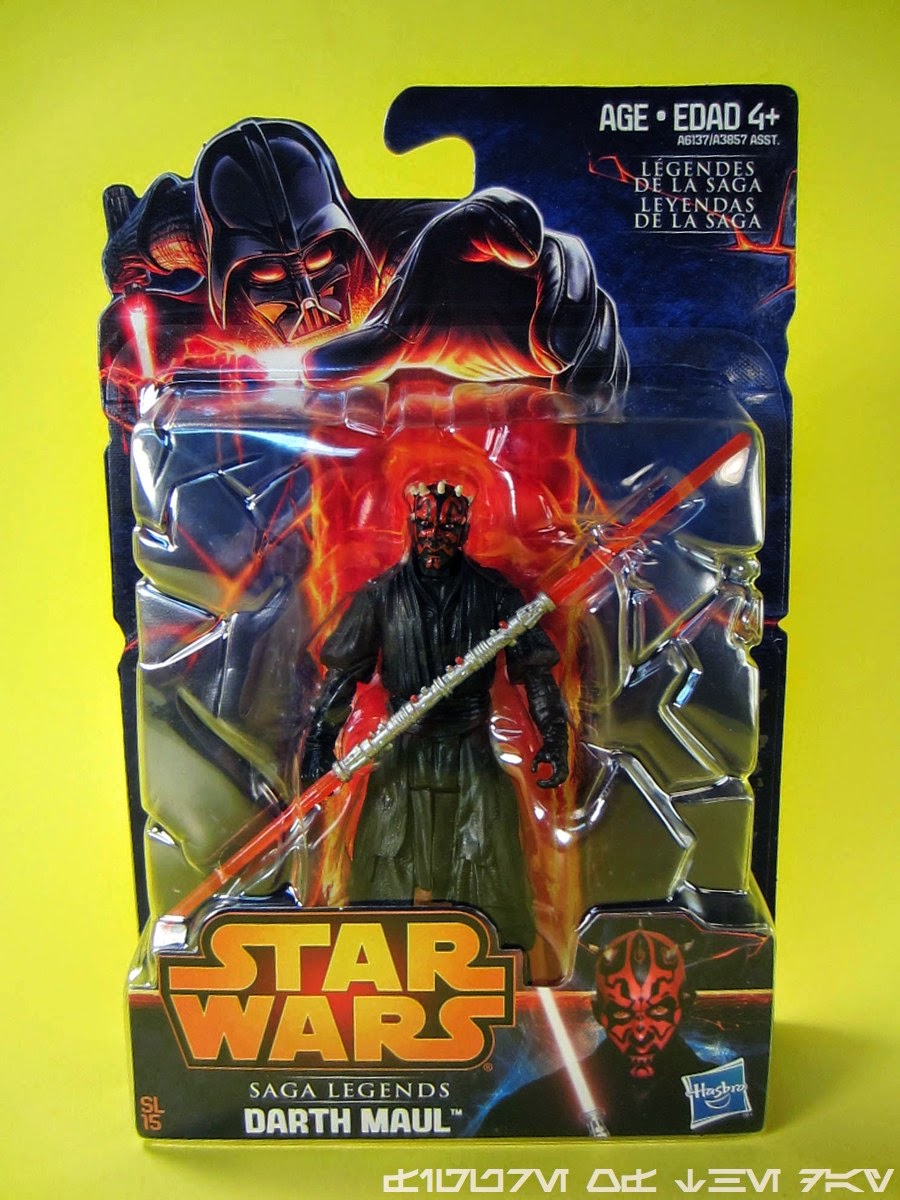 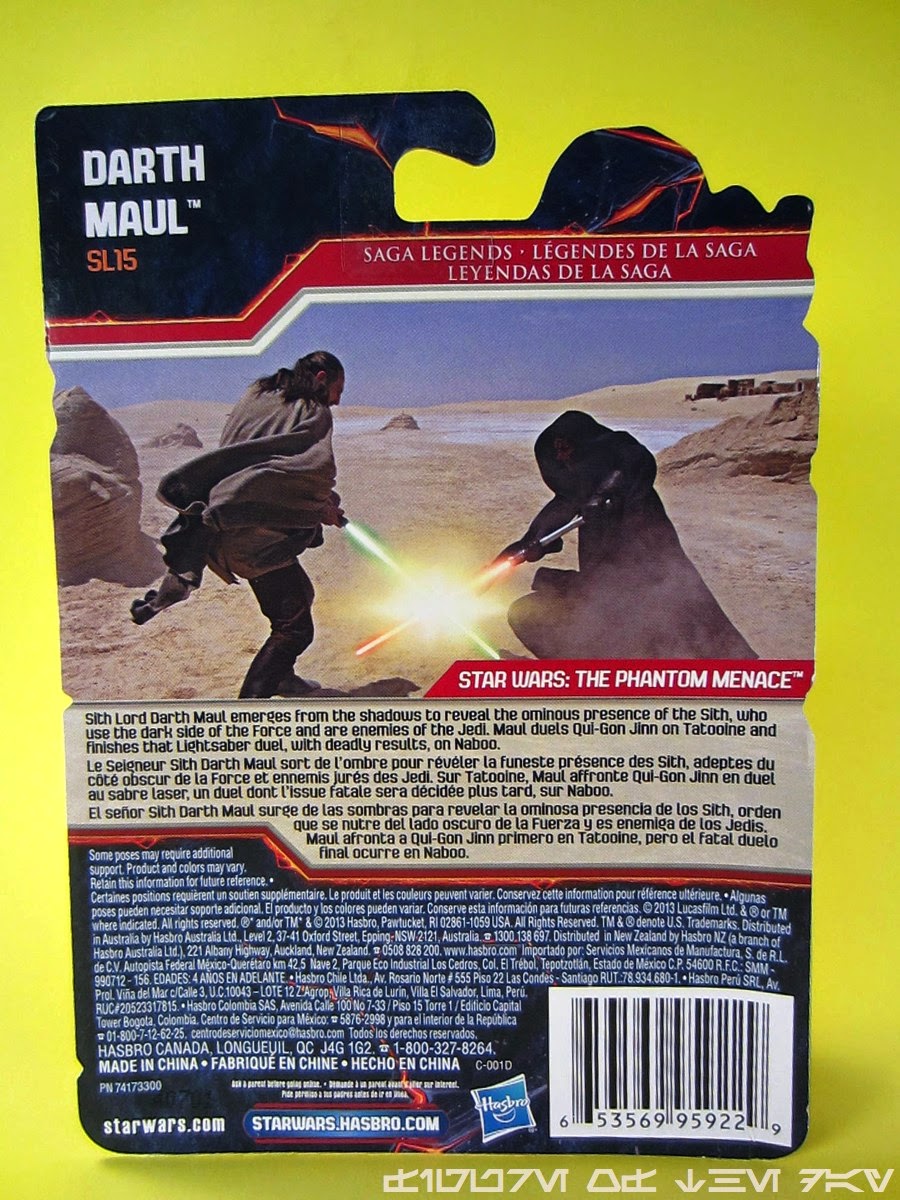