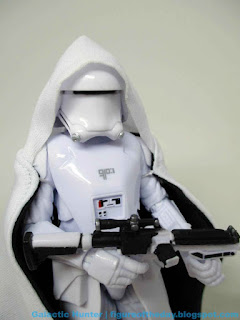 
Commentary: I've been writing about toys on the internet for almost 25 years and The Rise of Skywalker is the first line that's delivered more ambivalence than excitement.   The third figure to use this mold is this 2019 First Order Elite Stormtrooper, another "just different enough to make you mad" exclusive.  I never got around to reviewing - or opening - the basic 2015 version, but I did look at the First Order Snowtrooper Officer [FOTD #2,238].  As I write this I opened the two new-to-me versions... and they're all the same, but different.  The core action figure is virtually identical except for deco. 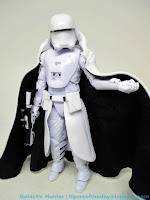 If you don't have any versions of this figure in this scale, get the 2019 First Order Elite Snowtrooper version - it has more interesting paint applications and cloth parts.  It also costs a lot more, which is unfortunate as the previous basic version was clearance fodder/worthless/use your nasty words here.   What makes the core Elite Snowtrooper stand out in terms of deco are some red markings - you'll note a little more color on the chest greeblies as well as on the left side of the backpack.   Everything else is pretty much the same - the waistcoat is a little wrinkled for some reason, but I see no obvious sculpt changes.  It just costs a lot more, which was the case on most of the 2019 exclusives, which is bizarre and unfortunate.  If the clearance price sticks and future fans can get it at or under $20, it's pretty sharp. 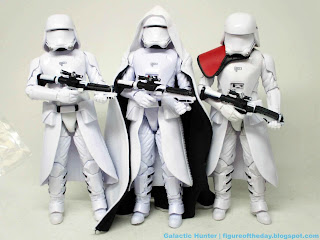 What really makes this figure nice is the bonus set of cloth parts.   The figure has a surprisingly great white cloak with black lining - there are strings to secure it to the arms, and a nice hood.  It may be the new very-best-cloth-parts Hasbro has ever added to an action figure.  There's also a blanket wrapped around the backpack for reasons I don't entirely understand, but hey, it makes the figure look different.  That matters when you're using and re-using the same mold for multiple exclusives, hoping completists will deem them worthy of a second, third, or further look. 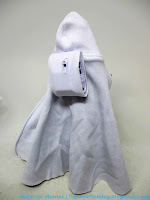 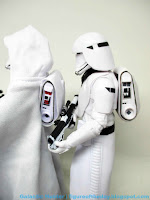 The Black Series came a long way from 2015 to 2019, so these figures - which were still figuring out the best way to articulate all of the joints - aren't the best molds.  Giving it an added top-notch cloak was a nice bonus, but the $5 upcharge is silly given Walmart got an exclusive Luke with a new head, new deco, a new plastic vest, and a new blaster to go with the new cloak.   It's no wonder this figure hit the clearance skids quickly, but the designers did a fair job coming up with a way to dress up "more of the same" as something interesting.  If the price is right, I'd advise you to pick it up.  At a premium, I wouldn't get it unless you don't have any other First Order Snowtrooper figures.  I drove out of my way to get one on clearance, but found the prospect of paying $25 for an accessorized $20 figure that is currently worth $5-$10 seemed like a poor use of my hard-earned and unwisely-spent cash.

Collector's Mystery Box: The figure showed up in October in a "Collector's Mystery Box" for $39.99.  This included a Final Order knit beanie from Bioworld, a The First Order Dark Side 10-04 2019 pin with a Stormtrooper helmet showing no manufacturer markings, and a Marvel Star Wars Allegiance comic book.  If you want all of this stuff, it's a pretty good value - I wish they did it with The Mandalorian too/instead.   Given the "crate of loot" is less desirable these days it's kind of amazing that something like this got made. 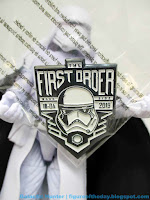 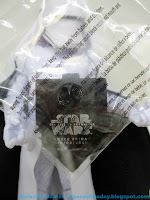 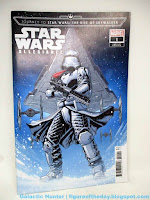 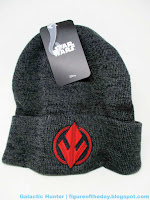 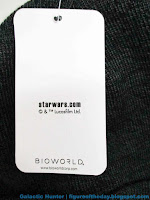 Collector's Notes: I got mine from Target.  It went on clearance the day after Christmas.