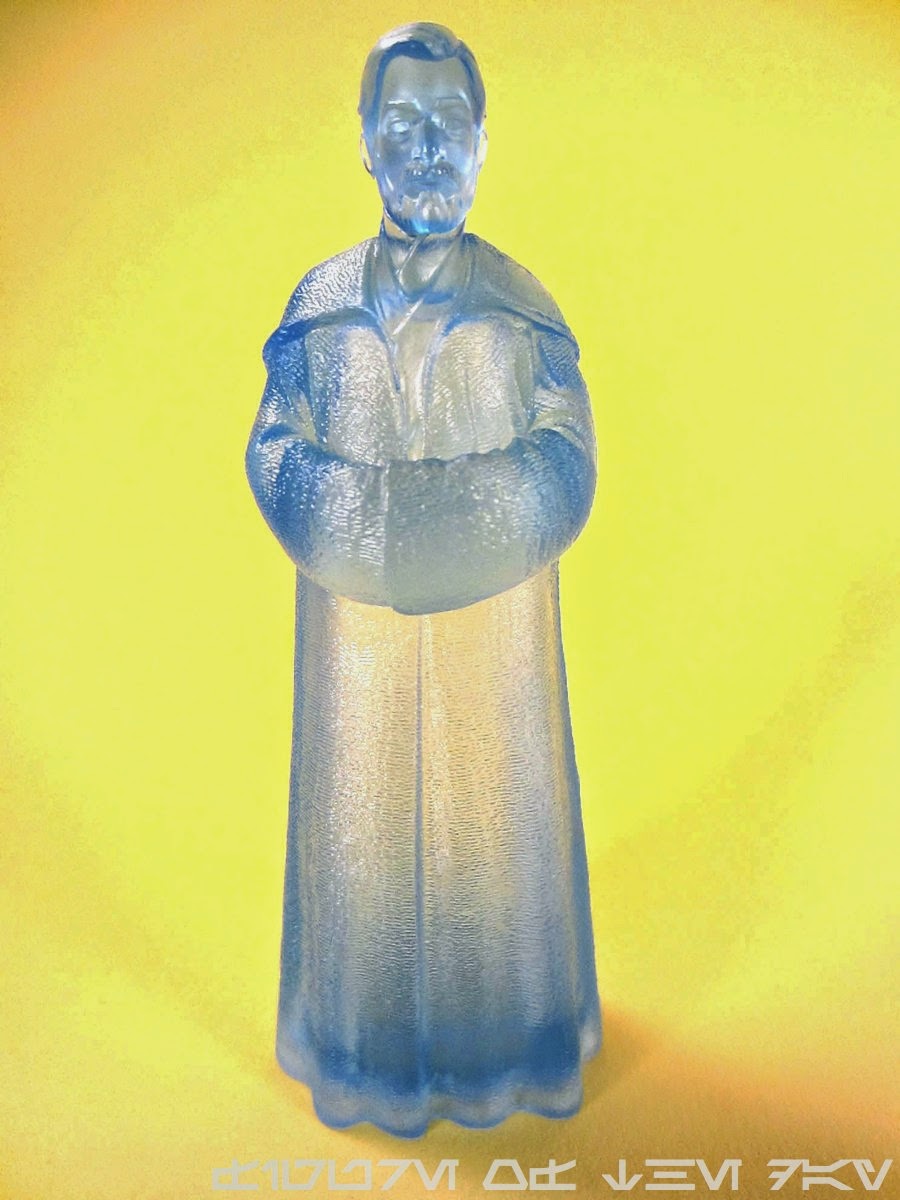 Commentary: Secrets and Star Wars rarely go together.  It's a pretty safe bet that this item wasn't supposed to be seen until later, but it showed up on fan sites about a week ago and in stores just last week without any mention (that I recall) in any slide show or convention.  This of course means that we once again are growing complacent and Hasbro is probably testing out its infrastructure for leaks before we get to Episode VII - it isn't unreasonable to see Rebels as a dry run for the new movies just like Shadows of the Empire and the Special Editions served that purpose in the 1990s.   This is the time when you can afford to make mistakes.  Secrets are going to get out, like the blacked-out Obi-Wan Kenobi in this set with a black plastic window around the figure.  (I hope this means there's a variant with an actual window coming!)   It's a great idea conceptually - I brought this up a few times when I was nudging them to put an exclusive mystery figure in a boxed set as a bonus surprise.  (Spoiler alert: yes that figure was Vlix.  No it didn't happen.) 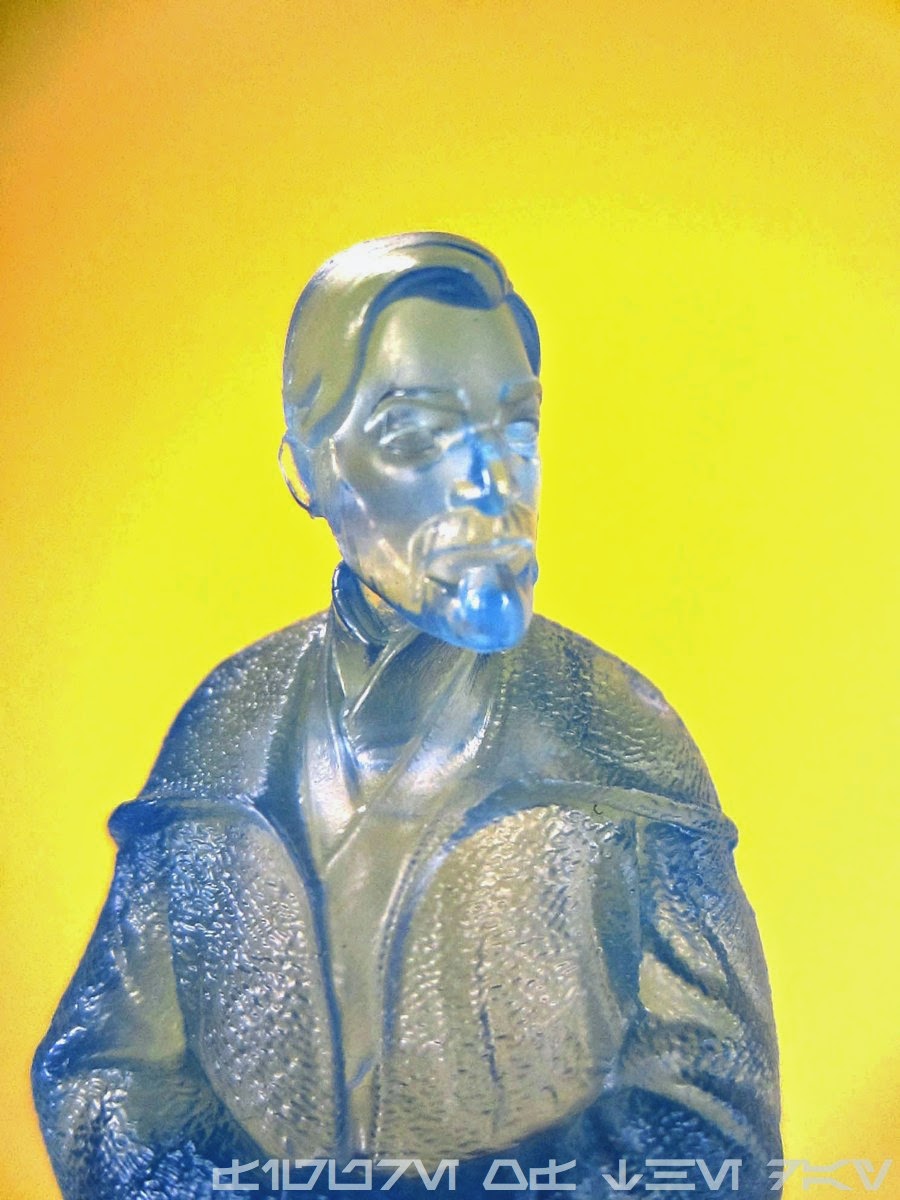 This figure is exclusive to the set and may be an exclusive mold.   He's a great holographic figure -  not the first Obi-Wan in this style, and probably not the last.  An Obi-Wan from Rebels is expected in Saga Legends in the next few months, and I assume the "salt shaker" mold will not be used - but if it is? It's pretty good. The articulated head is the only moving part on the figure, which has a wonderful pose and great texture.  The head sculpt is, to say the least, lovely.  You could use this in your The Clone Wars dioramas if you would like, and the figure feels light and hollow - a perfect texture for an ethereal communication figure.  It doesn't do much but look good and be skinny - you'll hate me, of course, for saying I totally dig it.  Hasbro did a real nice job here, and getting the mold as a holographic figure first makes me like it more.   The "prepaint" is a concept more companies need to exploit because, let's face it, we'll buy both if you give us the lesser version as a new mold first.  This creates demand for a "flesh" version, which we will also happily buy - while the reverse is not necessarily the case. 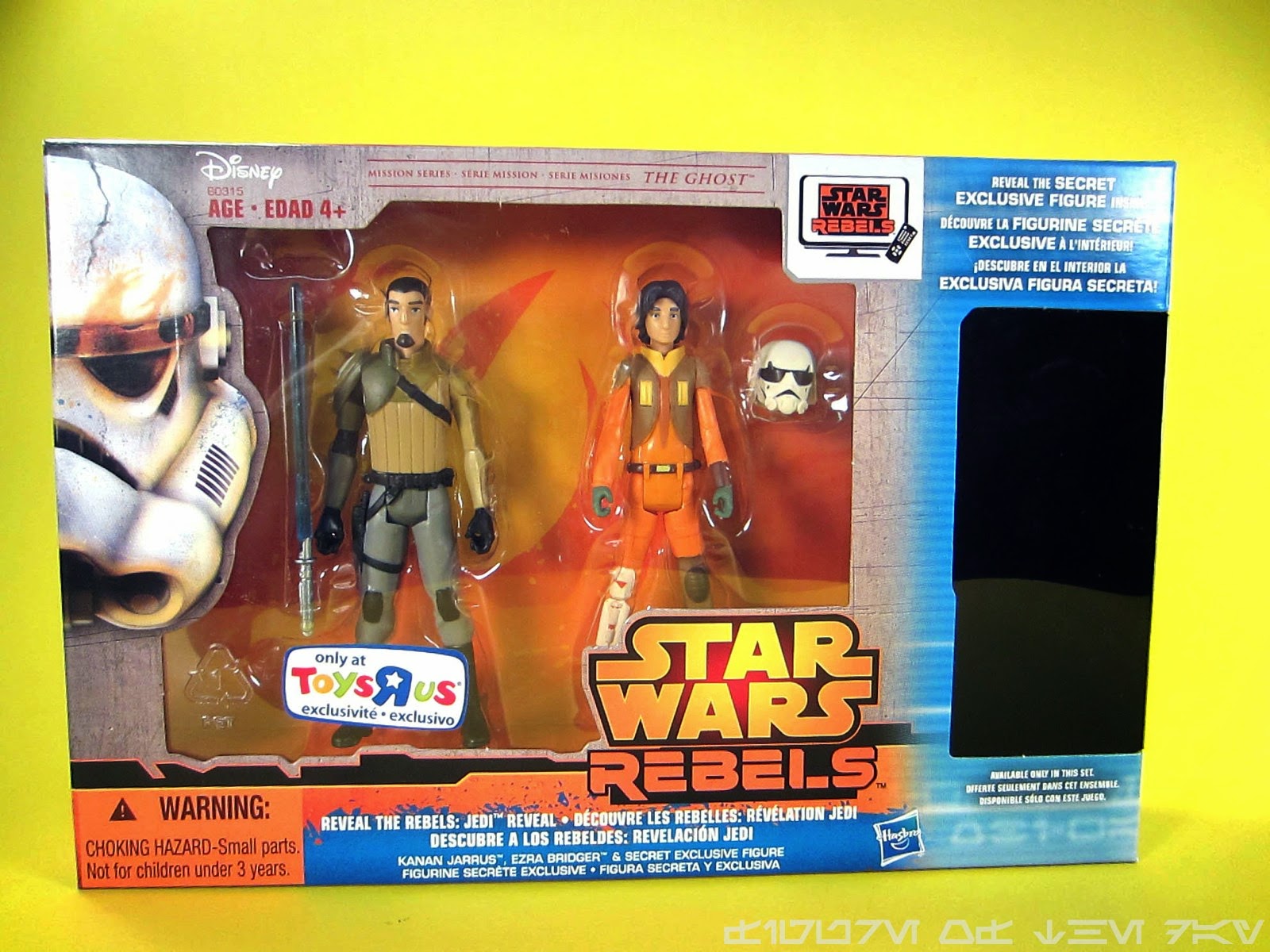 For a small statue, it's delightful - especially if you (like I) had a coupon that was about to expire for 20% off last weekend.  For $20, it's a stretch - a $10 "mission series" pack plus one bonus figure isn't worth $20, but $15-$18?  Yeah, that's pretty good!  Also, because I'm a sucker, I'd pay dang near anything to get some Rebels early and I am quite happy with the set for what it ultimately cost me (for the record, just under $12 - thank you, store credit.)   If you're just super-pumped for the new toy line (and ambivalent about the show itself) this is something you owe it to yourself to run out and get.  I did - I hit up a few stores in between a record store run because all aging collectors will at some point turn their focus back to vinyl.  Vinyl capes, vinyl music, it's just going to happen - but I digress.