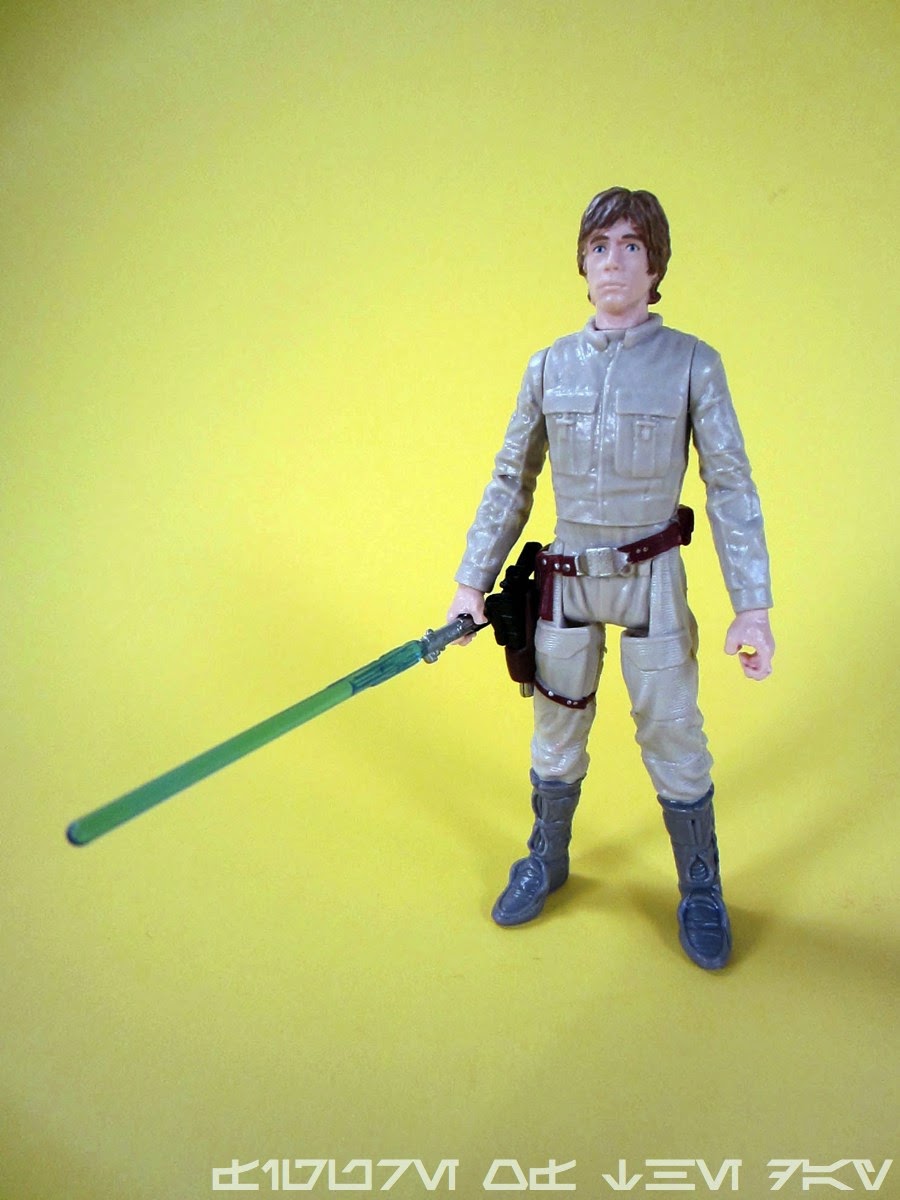 Bio: Luke Skywalker and Darth Vader engage in a Lightsaber duel in Cloud City, which floats above the gas giant planet Bespin.  Luke fights bravely but cannot defeat the highly skilled Vader.  Luke is dealt two blows: the loss of his hand, and the shocking truth about Vader's identity. (Taken from the figure's cardback.)

Commentary: This Luke Skywalker is totally new - Hasbro put out a really good one in 2012 with 5 joints and yellow hair which I like slightly more, but this one is new and can hold his weapons a little bit better.   The costume coloring is quite different with darker boots and a redder holster.  The more static, arms-down pose looks more like an older action figure plus his costume is smoother and lighter without any of the tears, rips, or sweat over other releases.  It is a significantly different take on the costume, and due to the lighting and copious amount of dirt on Luke's person in The Empire Strikes Back I'm actually not sure which one is the most correct.  The costume is best known as a toy, with many of the most famous publicity shots cropping out his boots. 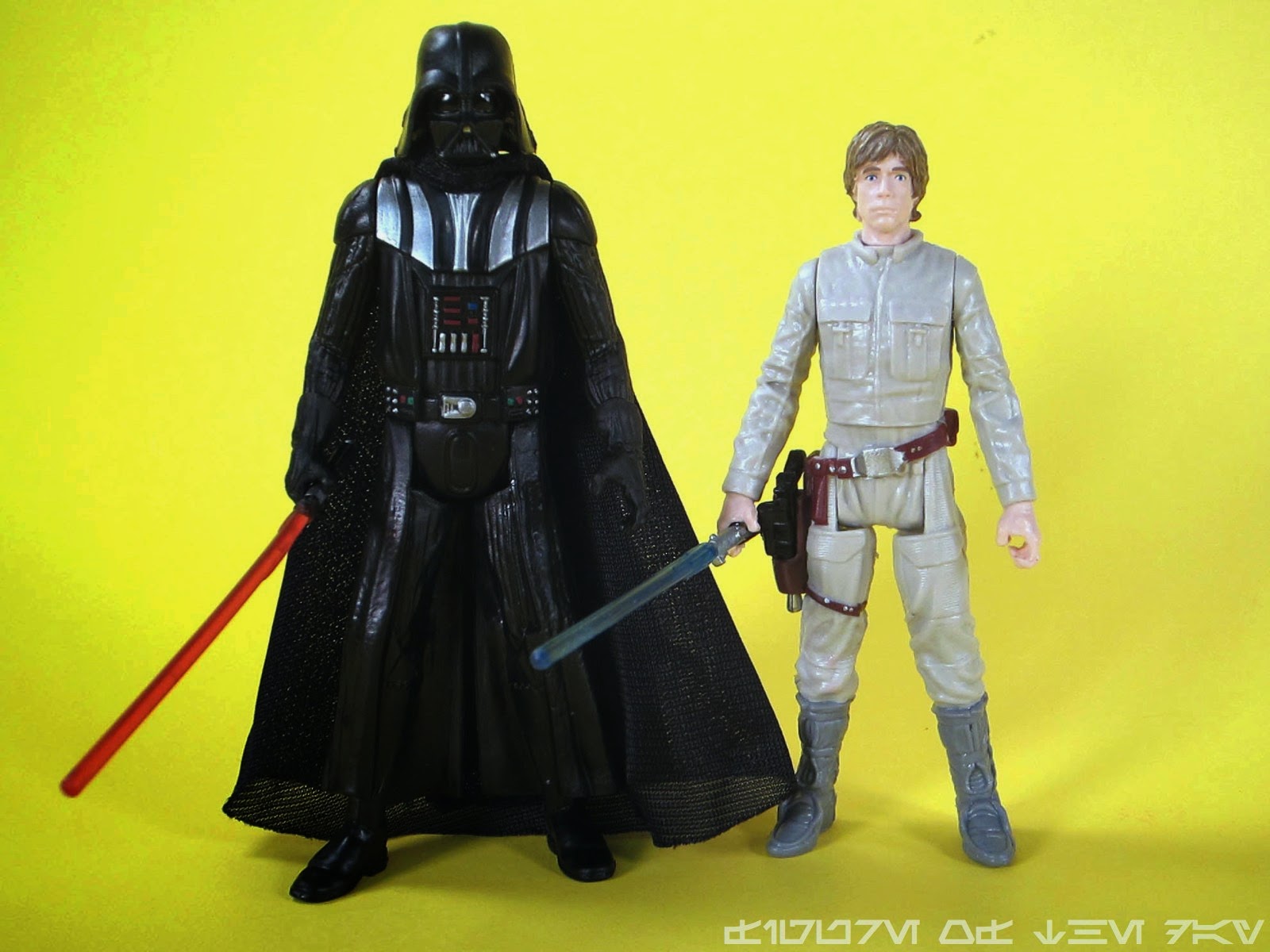 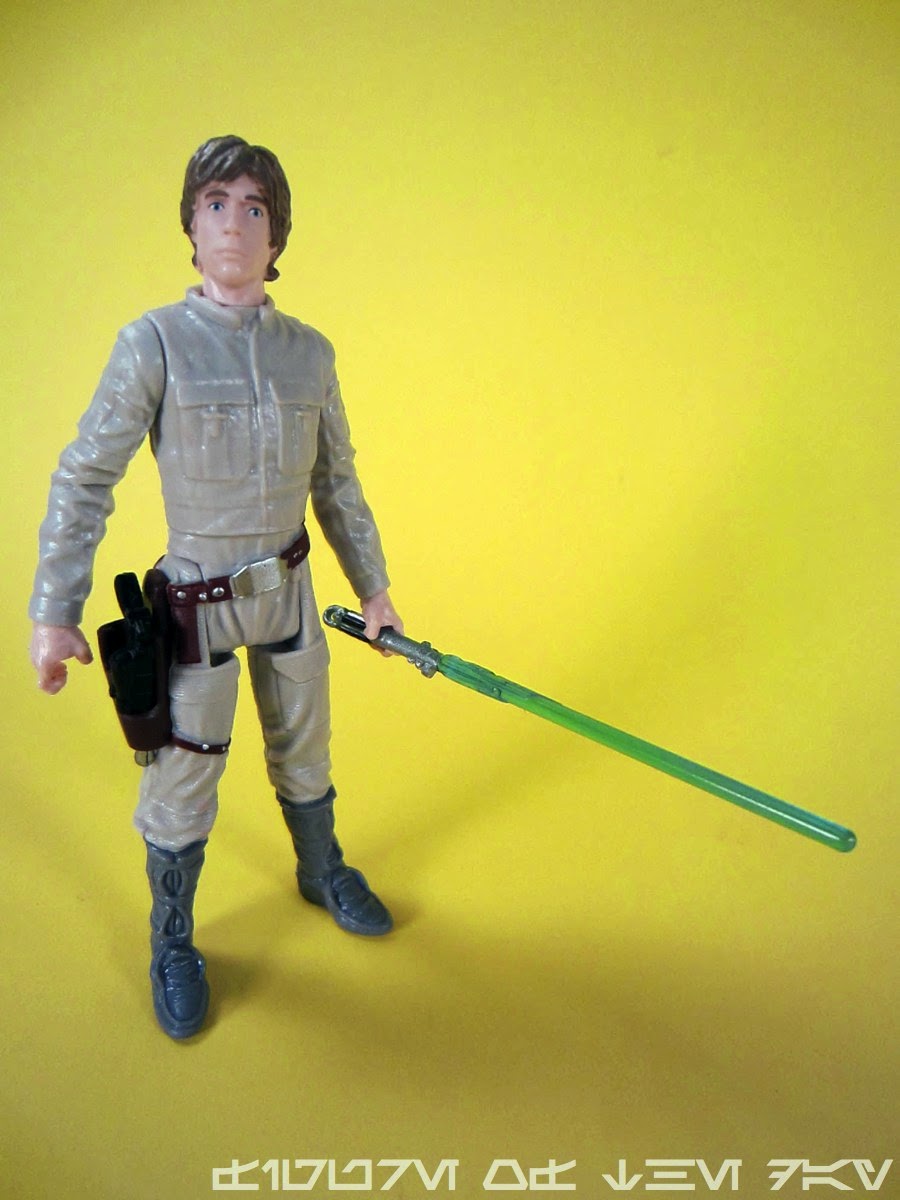 The last new sculpt for Bespin Luke had hyper-realistic texture on his outfit and detail more becoming of a toy.  This one has smoother textures, but more wrinkles and deco that looks more realistic overall.  His hair is darker, almost wet.  His eyes are still blue, and while not perfect they're painted better than some other recent releases.  Luke still looks a little spaced-out, but is largely sculpted better than many of Hasbro's previous heads - I like what they're doing here.   He has no problems standing, sitting, having a gun in his holster, or generally being pretty good.  I'd suggest comparing the faces on these if you have the chance before buying yours. 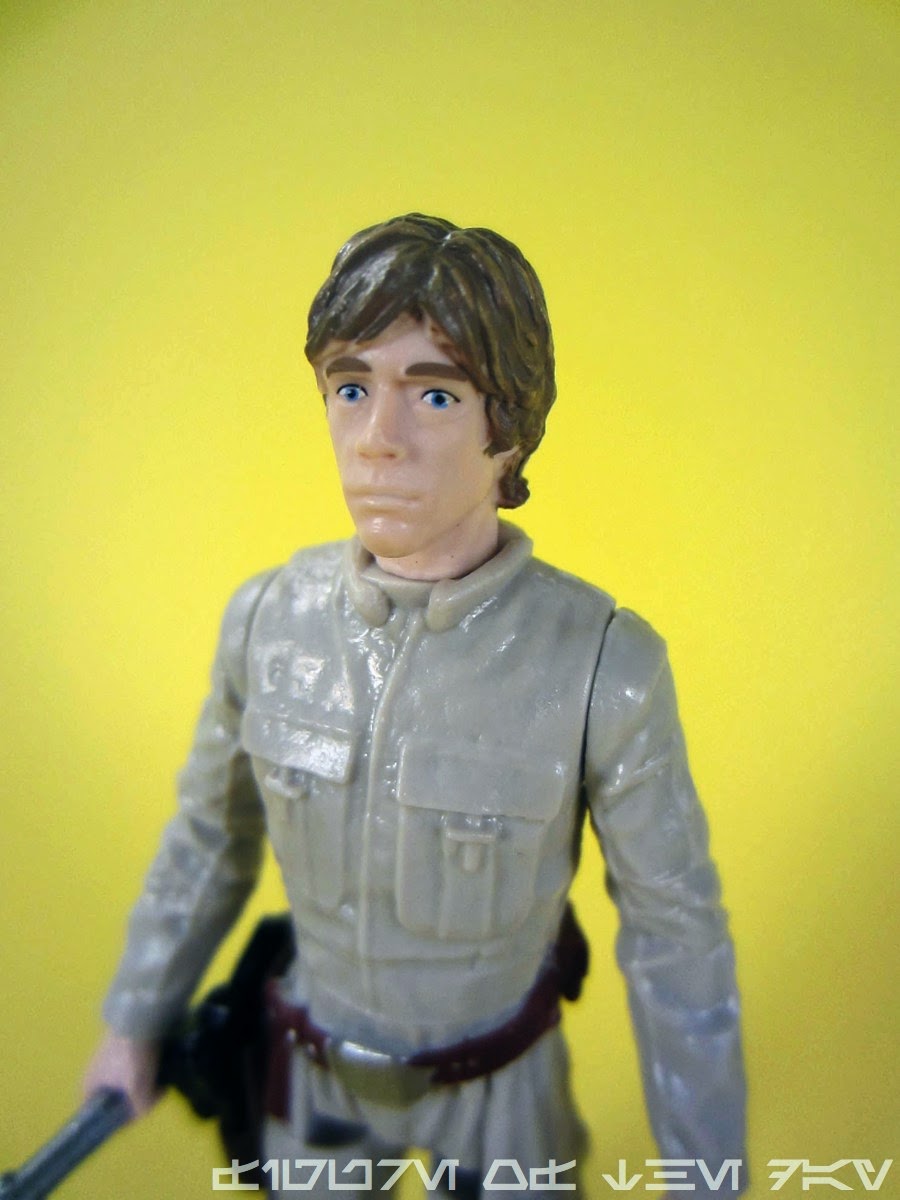 His blaster has a silver barrel, and his lightsaber has a silver hilt plus a loop at the end.  It doesn't go anywhere, and looks like a nod to the 12-inch figure Kenner made in the late 1990s - it was a neat gimmick to hang it on the belt, accurate or not.   As toys go this is a fine Luke and I'm happy to see Hasbro putting out new, weird versions of classics in a non-movie year but the figure is hardly essential after the 2010 "vintage" version blew us all away.  It's fun and charming, and I daresay the flight suit may be the most correct deco we've seen yet, but it's tough to know for sure.  As such get this set if you're sitting on ten bucks, as you'd likely waste it on booze and women anyway.  Hasbro needs to work on the eye deco a bit, but otherwise they did a great job here.