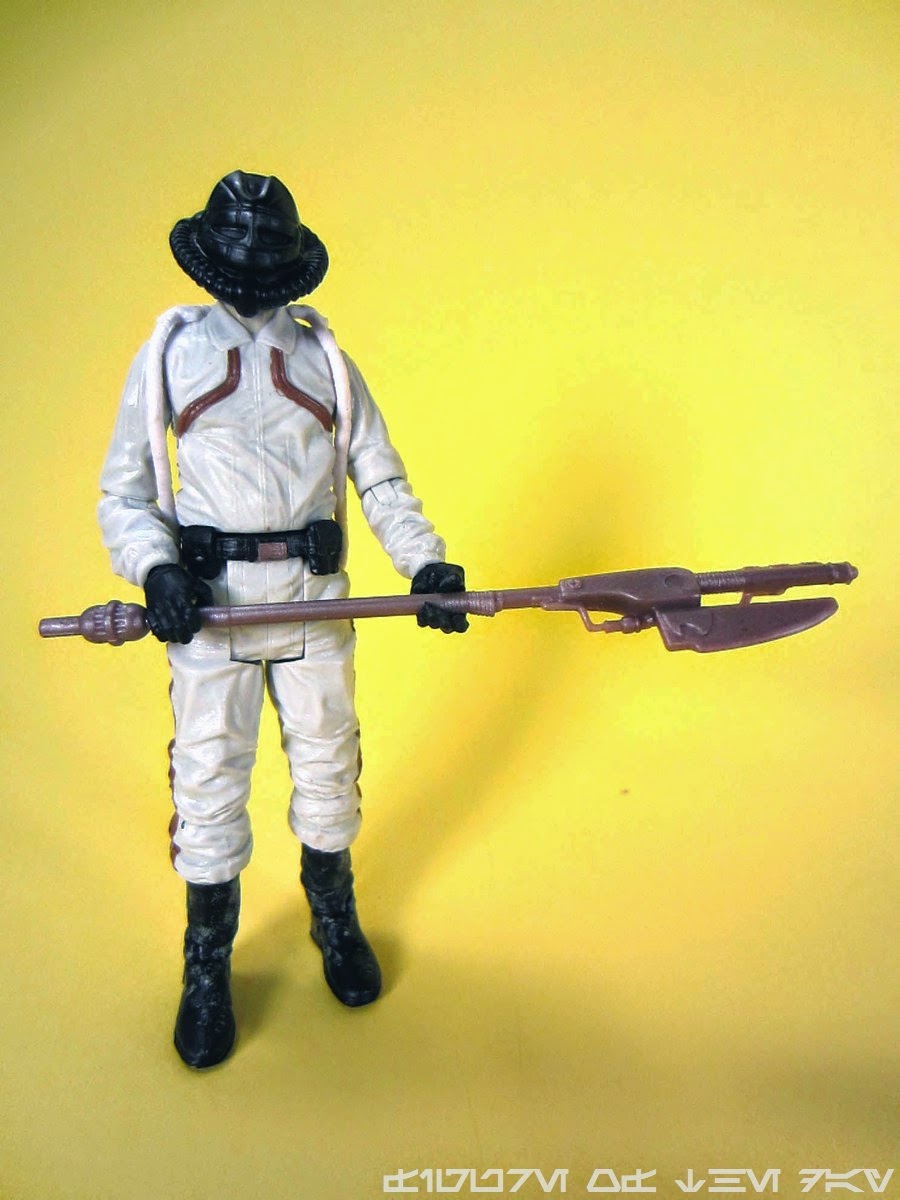 Bio: This Skiff Guard works for Jabba the Hutt.  Skiff Guards are usually mercenaries or slaves whose duties include defending the skiff from attack and keeping prisoners in line.  (Taken from the figure's cardback.)

Commentary: New characters are like gold - treasure them.   There is a bit of a question as to who Jabba's Skiff Guard is - the original intent was to make Sgt. Doallyn, but recent events say there are two guys with basically the same costume, the second of which is Brock Starsher.   I'm of two minds about this - as an aging fan my knee-jerk reaction is "who cares?"   I'm just happy to have a dude that looks like this at this point, so I'll worry about the details later and just be happy to have him right now.

I am unaware if any name trademarks are a problem at this time, so for all we know the generic name was deployed just as a butt-covering maneuver.  Regardless, it's a figure that more or less is what you are going to want. 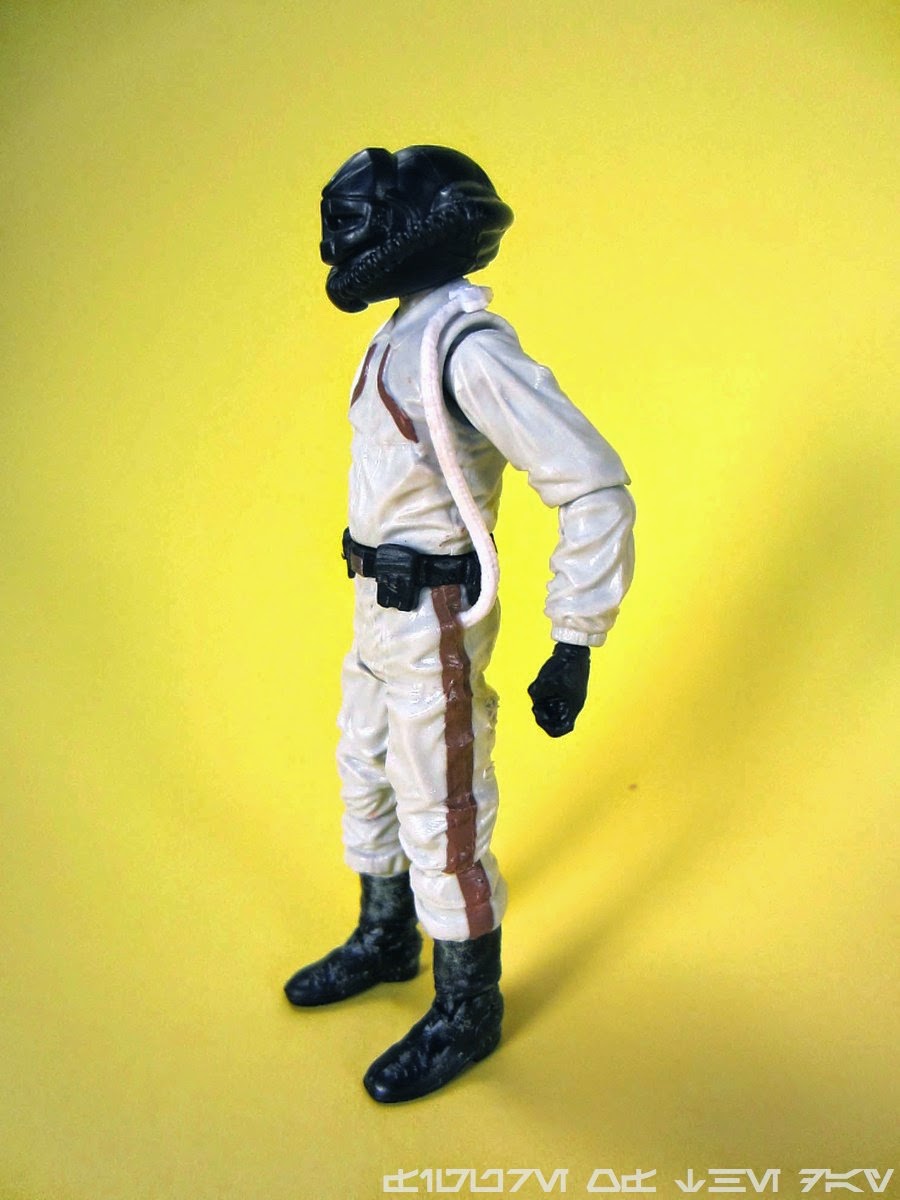 With 14 points of articulation, it's a good replica of how this figure appears in behind-the-scenes shots.  There are a lot of characters in the movies that are more famous as trading cards - the character didn't even have a name until about 19 years ago.  There are also seemingly some arguments as to who is who, and what color their outfits are, but for the sake of keeping it simple I'm going to assume the guy in the off-white suit with this helmet is indeed the character we're looking at.  At one point, Bane Malar was confused for Doallyn, which is kind of funny when you think about it.  I'm sure no one involved with the movie's production or with Lucasfilm as a whole gave any of these guys real thought in the decade after Return of the Jedi was out there. If you collected figures in the mid to late 2000s, this is just like the best of them.   There are lots of wrinkles, ball-jointed ankles, swivel wrists, and 14 more or less unobstructed points of articulation.  The fact that his hips are able to swing forward, allowing him to fit in vehicles, means that the sculptor deserves a gold star and a cookie.  I would offer the painter a juice box, but at least on my sample the brown stripes on the pants are askew a bit.    I guess you can twist the lower leg if you like - so it'll look good on a shelf or diorama, that's for certain. 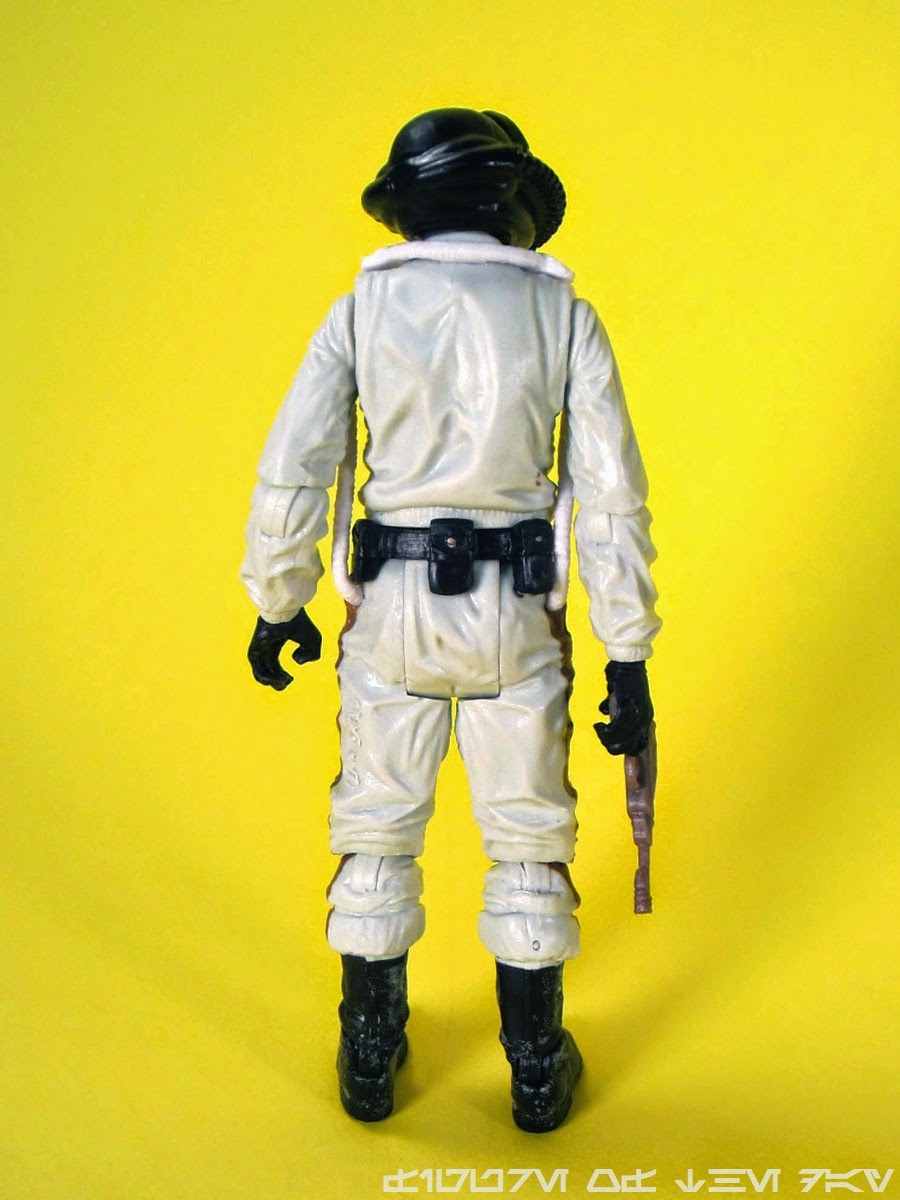 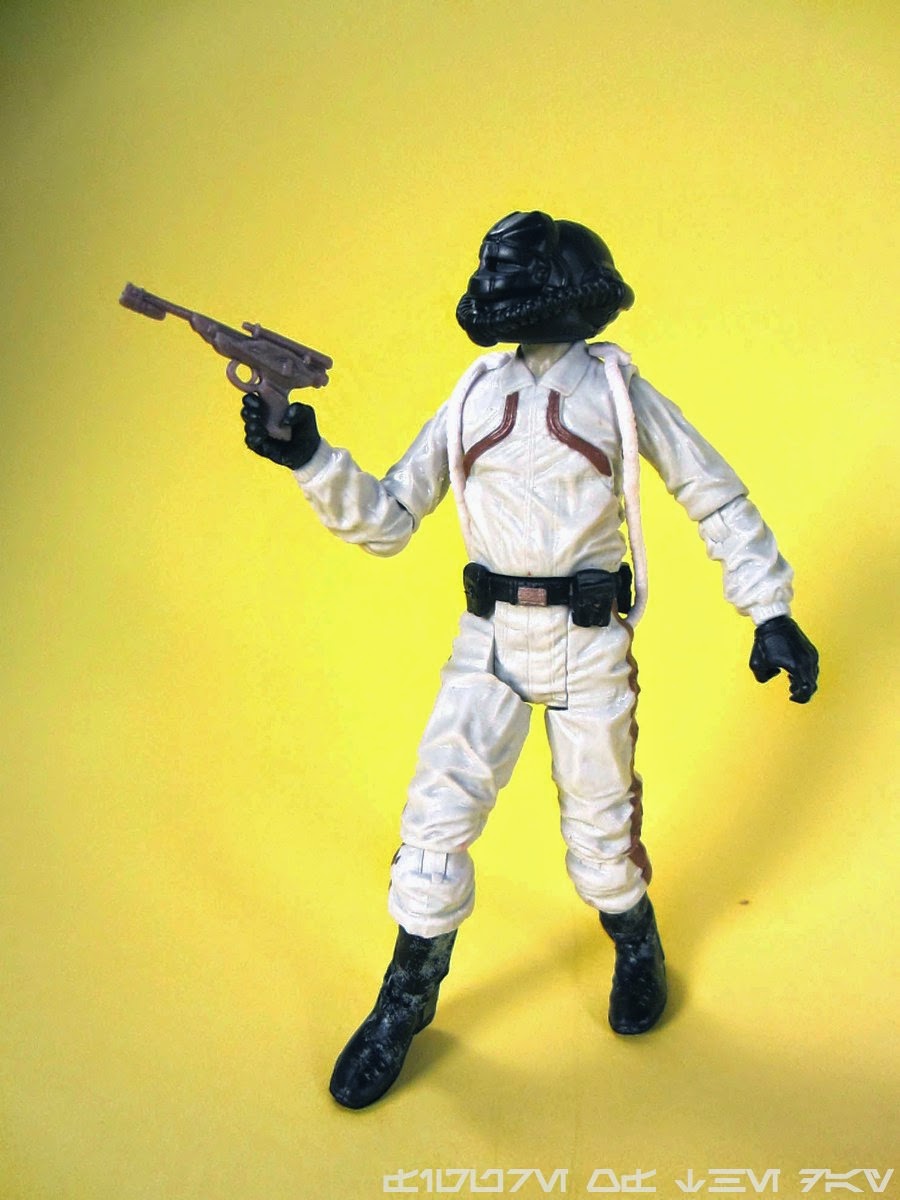 For those keeping track, this is the first 100% new The Black Series Skiff Guard or denizen of Jabba's Palace character in this series - Vizam was a new sculpt of a figure from over 10 years ago.   We're lucky to get one new Skiff figure a year, so I'm glad that with the hoses and the swell helmet that this figure is about as good as we can expect with modern standards.  It wouldn't surprise me if this figure were sculpted and sat in Hasbro's vault for years before going to production based on the style of the figure - but hey, better late than never.   It's good, buy it, and Hasbro - please - don't make us wait years between new ones if you can help it.   We really dig this stuff!  Obviously, you should buy one if you're into the original trilogy and Jabba's goons.


Collector's Notes: These are available online right now and I got mine at Entertainment Earth.  I have not seen it in stores yet.