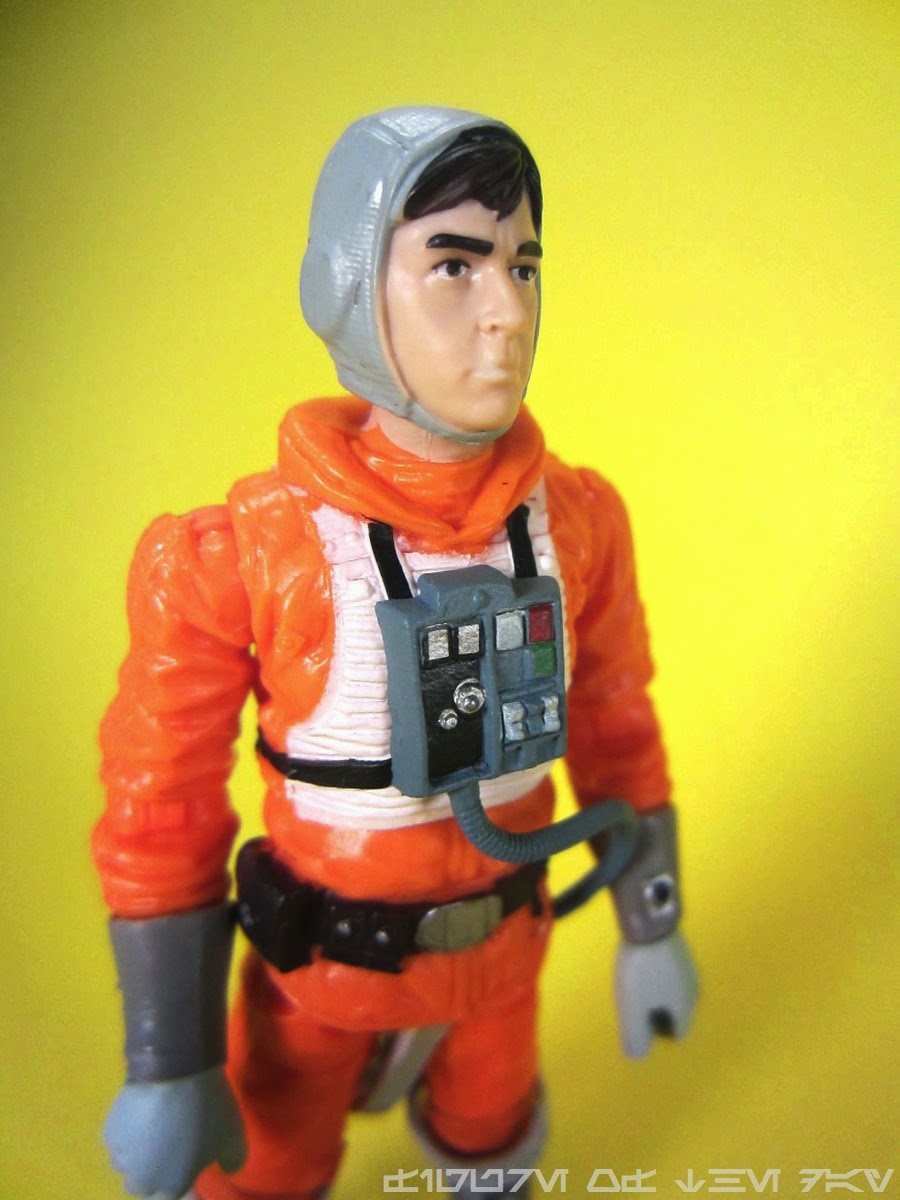 Bio: This Rebel pilot and friend of Luke Skywalker battles Imperial forces who are attaching Echo Base on the ice planet Hoth.  (Taken from the figure's cardback.)

Commentary: A new Wedge Antilles, so soon?  Wonderful!  This one is pretty good too - Hasbro took the 2009 Legacy Luke Skywalker Snowspeeder Pilot body, and gave it a new head and Dak Ralter's accessories from 2010.  It's pretty great - the hands are more or less specific to Luke having a lightsaber or a grappling hook, but at least the deco is nice and again, more or less based on Dak's control chest buttons. 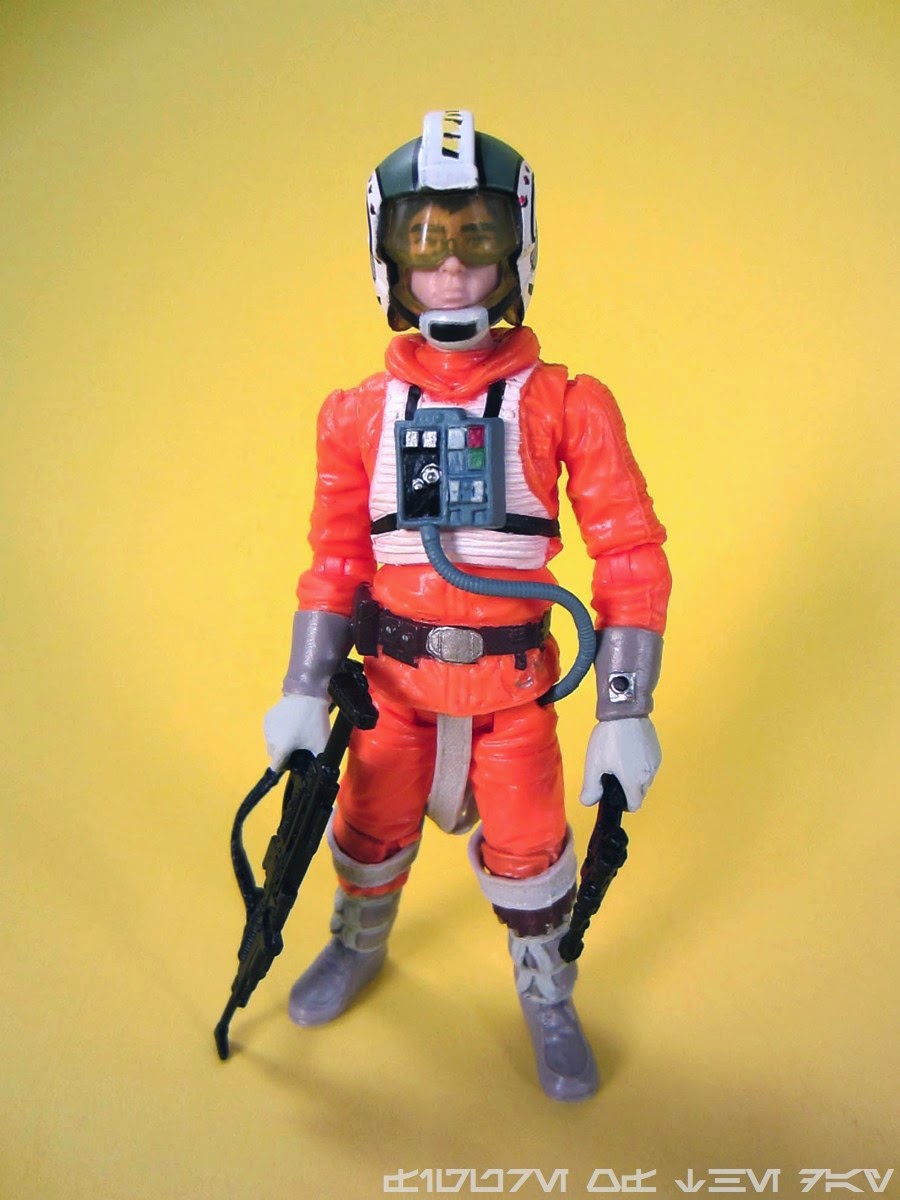 The sculpt is good, but it's nothing you haven't bought before minus the new head.  His helmet fits nicely, and he can hold his weapons.  The unique angles do make them look a little silly in his left hand, the small blaster looks especially ridiculous.  One problem I thin is unique to mine is a big square plastic peg jutting out from the lower leg - I'd cut it off, but it's grey plastic painted orange and that would look worse than leaving it there.  Once the paint goes, it's going to look terrible - did any of you have this problem? 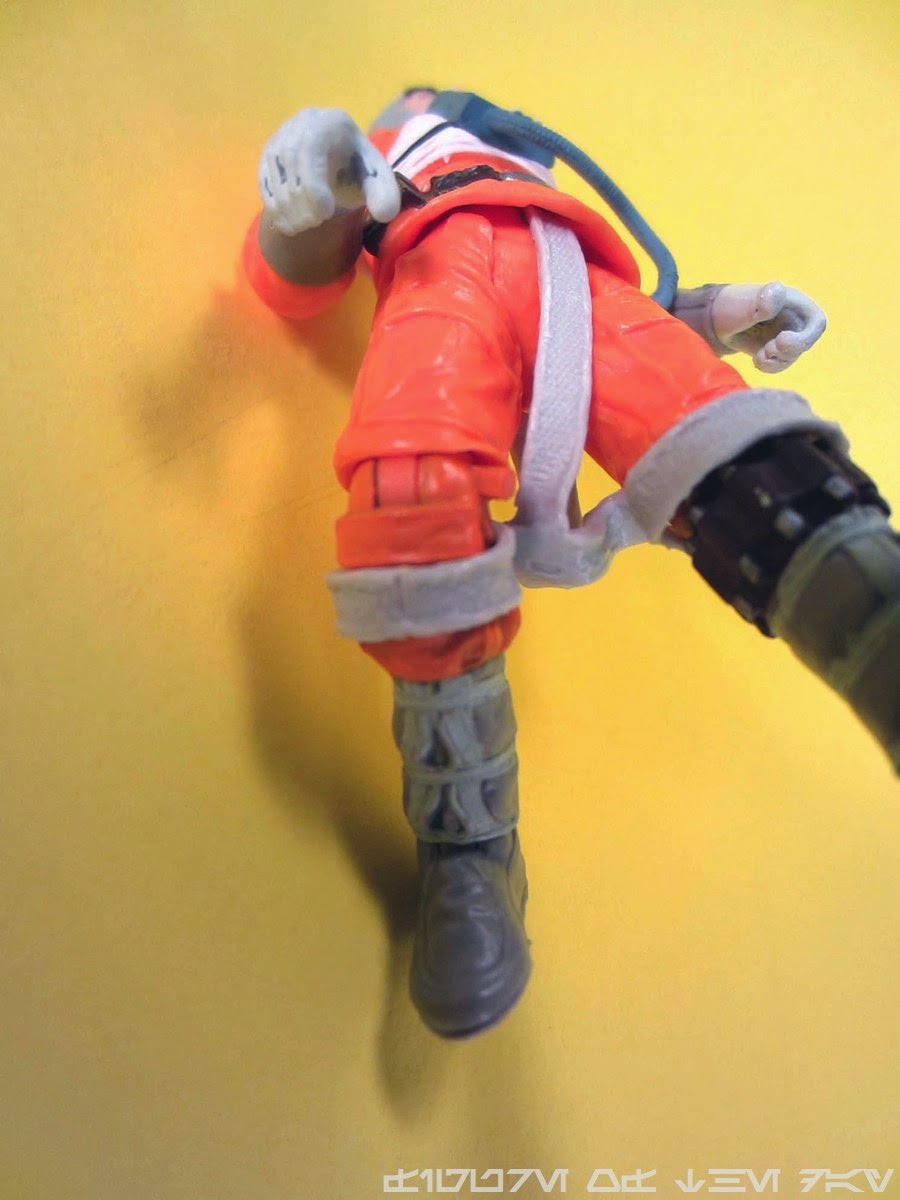 The head sculpt is good - appropriately Wedge-y, and it's molded in flesh color with a painted flight cap.  As a carded figure, it's beautiful and the 14 points of articulation are about normal for this line these days.  Overall I'd say it's good - there's very little messy paint, just a bad dab around the eye I might try to scrape off.  The painted button on the glove is a nice touch.  I won't say this is the best Wedge figure ever... but let's face it, if it isn't, it's a close #2.  Get it if you can, and then get him a Snowspeeder to sit in.  He will fit. 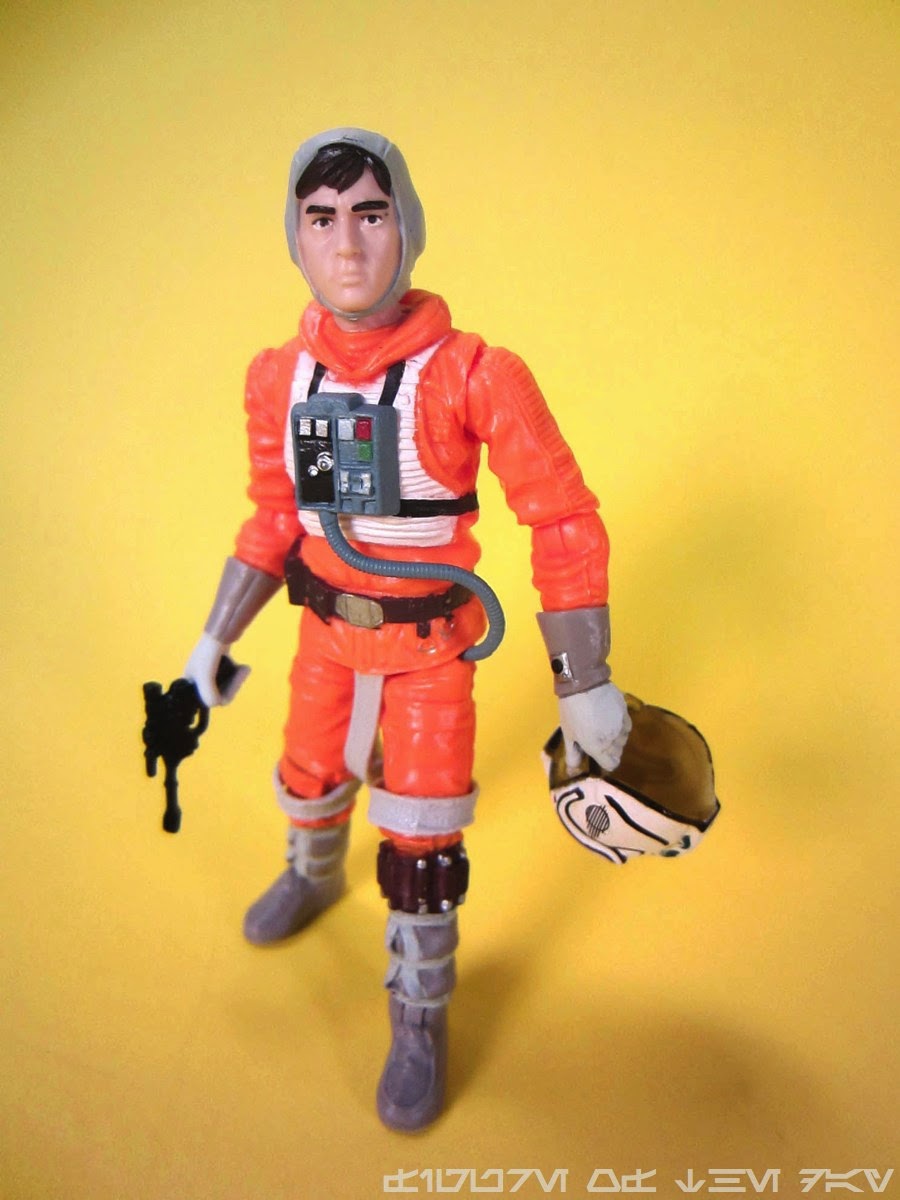 Now all we need is a repaint of the snowspeeder.