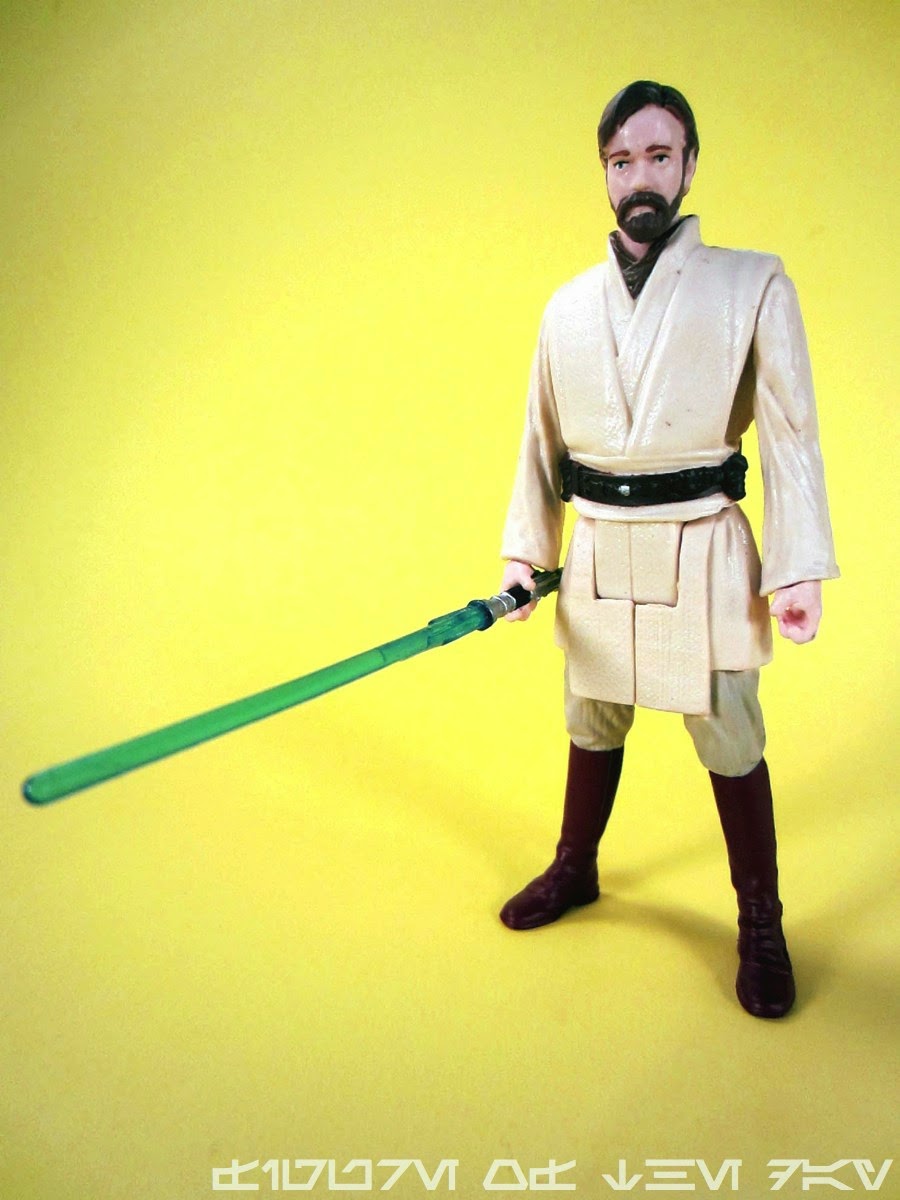 Commentary: It's strange to see, in 2014, that Obi-Wan Kenobi is getting more toys than just about anybody else in the "kid" line.  Including repacks he's had 4 figures, including 2 Expanded Universe costumes with uniquely sculpted elements.  This is not one of them - at best the 2014 Mission Series figure is a redeco of the 2013 Saga Legends version.  To most mortals, it's just a repack - and as such, I would start off by saying you don't need both versions unless you already bought 2013 Obi-Wan and need the companion Grievous in this 2-pack. 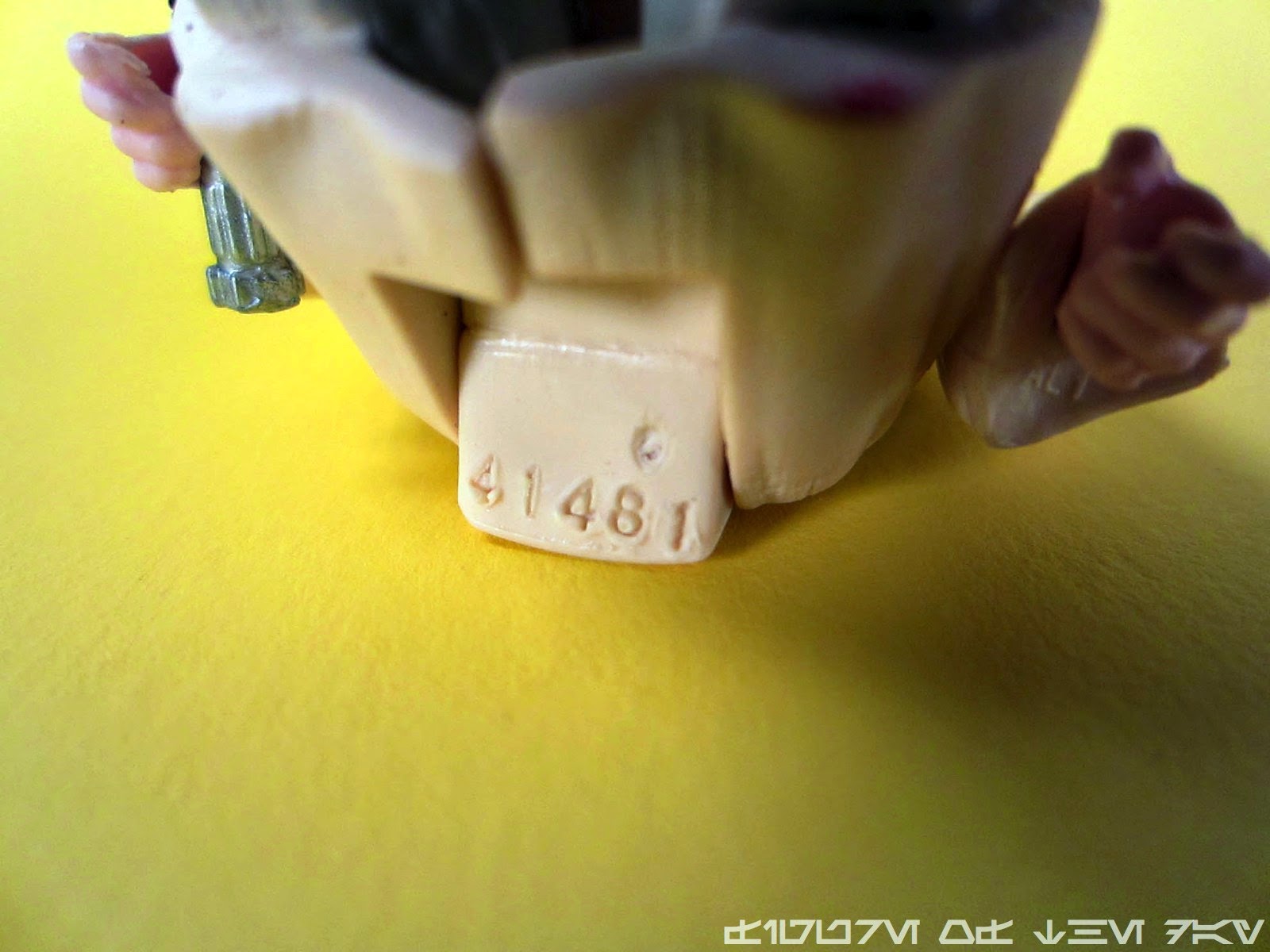 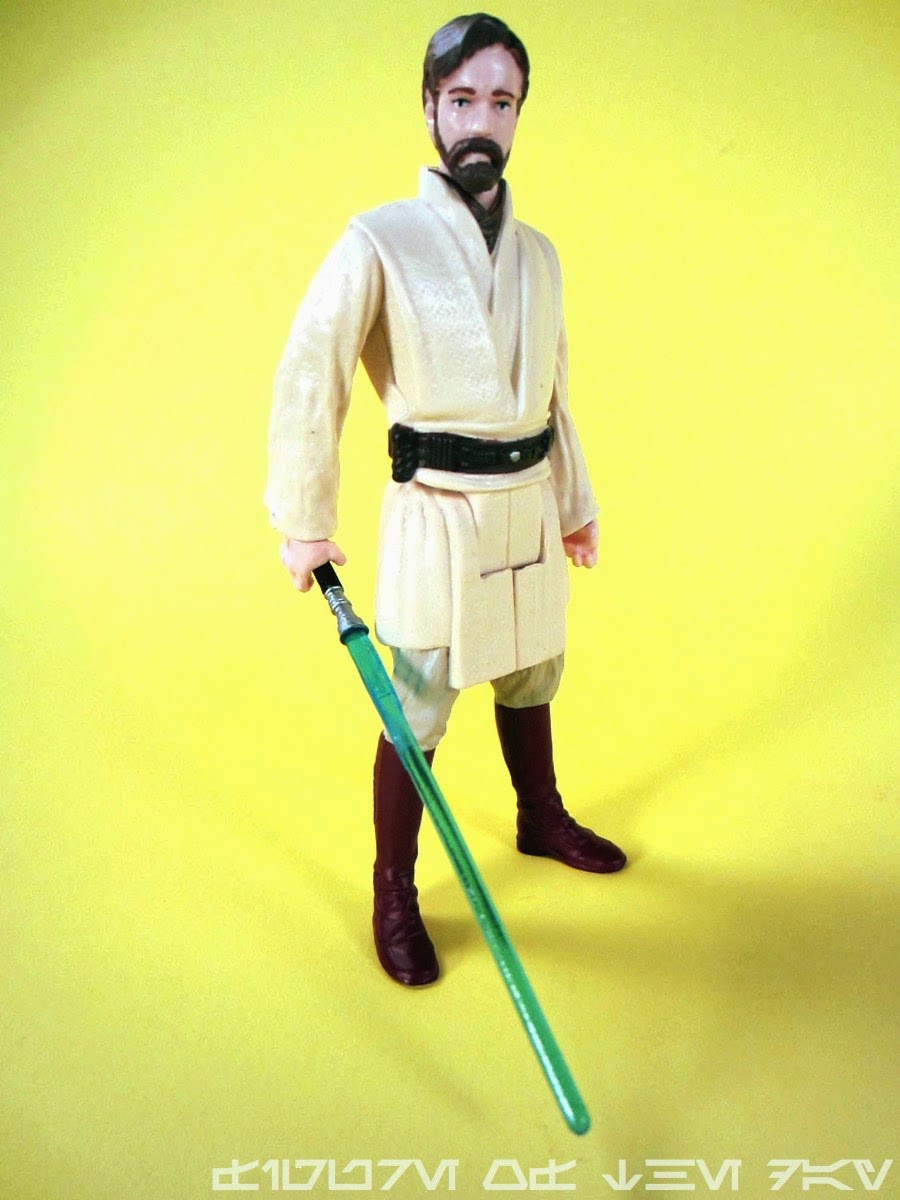 Obi-Wan has 5 joints and a great sculpt, as always. His shirt is well-textured and he has no problems standing or sitting, but it can be tricky to cram him in some vehicles.  He has no problems holding is lightsaber, especially when compared to the previous release of this mold.  On my sample, the hair of the 2014 release is glossier, slightly redder, and the skin tone and eye paint seems sharper.  His boots are a bit more saturated with color, but the biggest and most obvious change is his lightsaber.  The blade is a much deeper blue, not quite as "faded" as the original.  If you only get one version of this mold, lean toward the Mission Series version with Grievous as seen here.  I like it more. 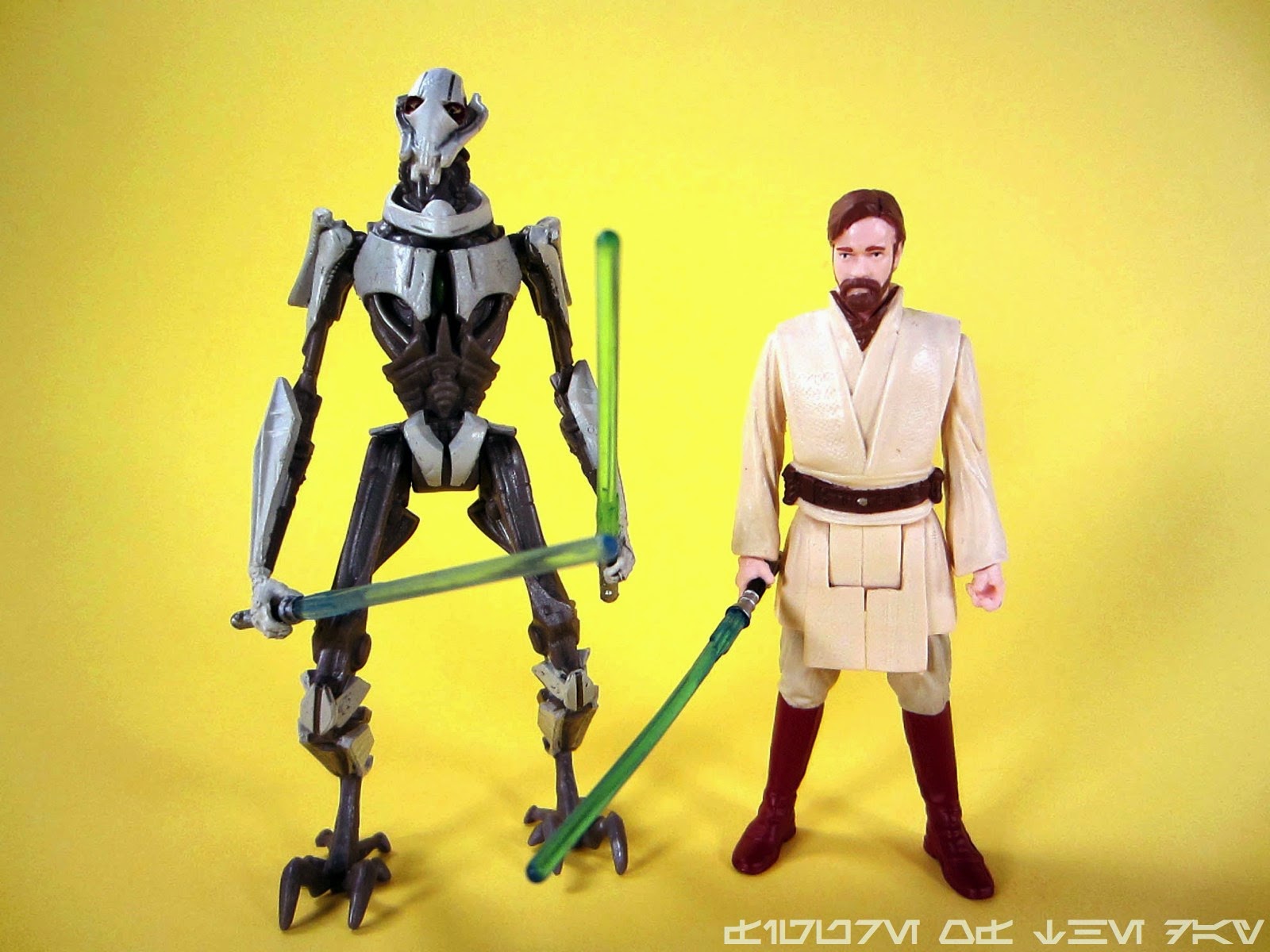