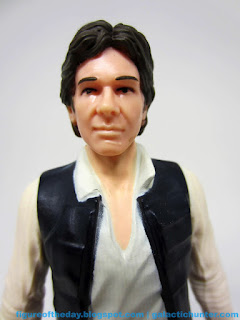 Bio: Promised a hefty reward to help rescue Princess Leia from the Death Star, Han Solo is swept up in the Rebellion against the Empire. (Taken from the figure's packaging.) 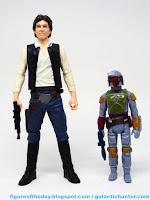 Commentary:  I didn't see Han Solo at first - this "Dollar" (value/discount) store 6-inch figure was hidden thanks to imperfections in the packaging.  The clear plastic hang tag on the tray was mounted too low, so it's actually impossible to hang on a peg hook - so piles of toys were tossed under and over shelves near the toy section.  You had to hunt to find these in the store, above and beyond the store hopping.

With numerous inroads made by other vendors at higher price points in international markets as well as Hasbro's own domestic The Black Series offering, this 6-inch figure is about as no-frills as they come.  Han has no leg articulation.   His blaster is molded to his fist.  All he can do is stand there and look good - and it seems to be based on the same basic digital sculpt which gave us the 3 3/4-inch "Mission Series" figure that's still in circulation.  The shirt wrinkles are in the same places, but the interior construction and articulation is quite different - as is the deco.  This basically shows Hasbro has some nifty reference and can probably give us more figures in this format if they're so inclined.  My guess is they are not. 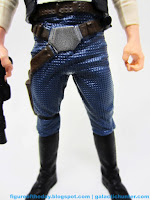 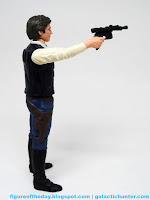 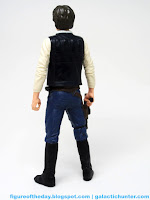 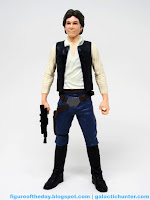 As a necessary addition to your collection, Han is not one - but I am increasingly loving this format.   I still ultimately prefer 3 3/4-inch as the "must buy everything" format, but this strange figure size works great as a desk accessory or as a growing collection.  I didn't buy any of the Marvel or Transformers ones yet, but I do wish I did now.   Han stands up well without falling over and basically looks like Han Solo - getting a figure to stay upright is a challenge. 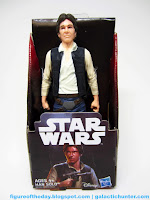 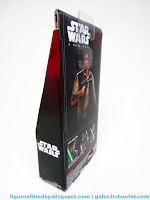 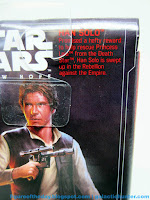 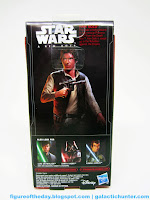 If these figures had slightly better paint - Han has no whites on his eyes - I think these could be something.  If Funko made these for $10 each in trendy packaging, odds are it'd be a huge hit.  Because they're dumped at the kinds of discount stores toy collectors rarely visit, and the packaging is pretty cheap, odds are these will go through history being completely ignored.  I'd love to pick up figures like this as a souvenir - Pop! Vinyl figures are nice, but so are these.  This is a great cheap realistic figure and without leg joints, it's a better collectible than it is a toy.   Get it if you like the idea, but odds are your Black Series Han Solo will suffice for the purposes of your figure collection.