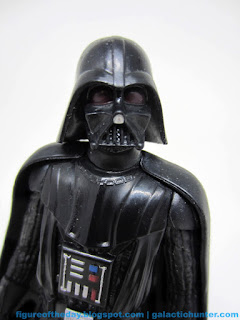 Bio: Darth Vader is a ruthless agent of the dark side, but Luke Skywalker believes a good man still lives beneath the Dark Lord's mask. (Taken from the figure's packaging.) 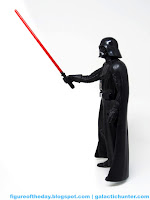 Commentary:  Of the figures in this line, only Darth Vader shipped in both waves.   Unlike Luke and Kanan, his lightsaber blade and hilt are connected so you can remove the entire accessory from his person.  Vader's cape seems fused to his back, and he's similar - but not identical - to the toy sold under Mission Series and Saga Legends since 2013.   I'd also like to note he's basically the same height as his case mates, meaning that he's too short.  He still looks cool, though.

Like the others, this 6-inch figure has a jointed neck, shoulders, and waist.  At this time, he's the only member of the Galactic Empire in this format - the line heavily favors The Force Awakens with a smattering of classics.   Vader's buttons are painted differently than other recent releases, and the details themselves seem smaller.  I was surprised to see they painted his helmet lenses red, but the tips of his "mouth" were left unpainted.  It's a curious decision, but given the lower prices of these figures there's little doubt that the budget dictated this. 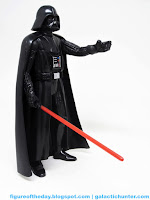 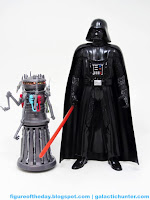 You have absolutely no reason to buy this - there are so many other similarly sized Darth Vaders out there that this is almost silly to suggest buying.  I'm very fond of the new format, though, so I'm going to say go get it anyway.   It's a fun collectible size and the price is quite decent - I wish we had Boba Fett, C-3PO, R2-D2, and others in a matching size.  Yes, he's short.  Sure, he's missing some paint details.  And yeah, Hasbro makes another, super 6-inch Darth Vader.  But it's just so cheap and weird that I love it. 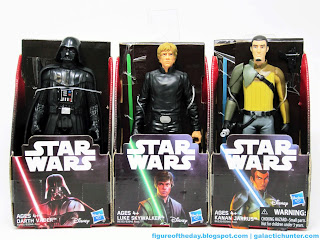 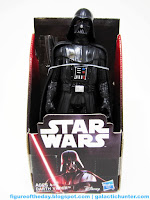 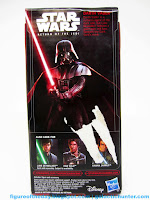 I found Han, Kanan and Vader at Family Dollar today. I agree - they're so cheap and weird that I love them! And the tray boxes are kind of neat, too.