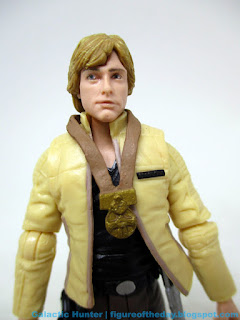 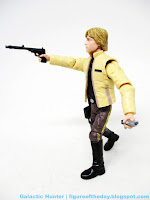 Commentary: I buy a lot of figures online and a lot of figures in store, but the winner for worst condition arrival from an online store goes to Luke Skywalker (Yavin) here.  Mine came in a plastic bag with no packing material - it was more beat up than a lot of bad Vintage-era Kenner 1980s figures I've seen and bought for peanuts over the years.  I know "free shipping" is a race to the bottom, but maybe you'll want to make sure you get this one in stores or in an order that will require a box of some sort.  I'd be upset were I not opening it to write this very review. 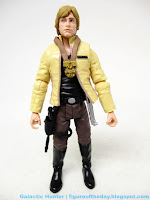 The figure itself should look familiar - Hasbro took its 2007 30th Anniversary Collection body (which was also retooled in 2013 for The Black Series) and gave him new accessories, new deco, and a much-needed new head.  This means the articulation is good, but not great - back in 2007, "super articulated" wasn't yet standard.  Some figures lacked ankle joints or other points of articulation to keep down costs, which made a lot of sense. The 2007 Ceremonial Luke came with just as many accessories, plus a metal coin, all for $6.99.  While there are improvements, you're paying nearly twice as much for less stuff this time around.   18 points of articulation are no slouch, and the boots look better and are more sturdy than he would have been with joints in there.  It limits your pose options, but since most people are going to have him stand there and get a medal, that's fine. 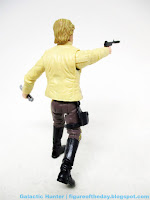 The deco is improved a bit, but the main draw is the new head.  The "real face printing" has Luke looking off to the side and looking a whole lot less dead.  The 2007 release of this and a few other figures were oddly pale, with dark brown hair that only exaggerated the effect.  2019 Luke has more than one tone to his hair, which is a separately molded piece.  It's a pretty remarkable head for the size of a peanut.  The arms are also new and less bulky, giving him a more streamlined look. 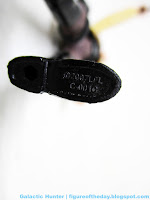 The blaster is from the aforementioned The Black Series, the lightsaber is correct - 2007 gave Luke a Vader hilt - and the medal is from 2013 and more detailed.  Hasbro really did a nice job improving everything, even giving you a new holster and more muted colors throughout.  It's kind of weird that the 30th Anniversary Collection release was so wonky, but I guess now they're taking the time to do definitive releases since they know it's a good way to get you to pay twice as much for a figure you forgot you bought 12 (or 7) years ago.   Given how much of the figure is really old, the improvements are staggeringly great.  The lightsaber plugs in the  belt, the blaster fits in the holster, and the figure really does look like it got more than 10 years of improvements.  The 1978 white Luke looked a bit sillier than the also silly 1995 Luke, but this 2019 Luke looks like a high-end collectible when compared to the good-for-the-time 2007 Medal Ceremony release.   If you're only in for trilogy toys, you have to buy this one.  You must.  It's just that much better.  Hasbro did a good job redoing almost all Lukes this year - maybe we'll get the last few in the next few months.

Collector's Notes: I got mine from Walmart.com.   I'd recommend getting it from Walmart.brickandmortar.  The packaging was not pretty. 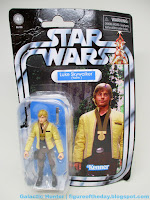 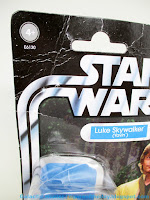 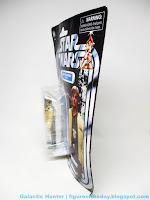 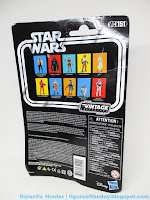 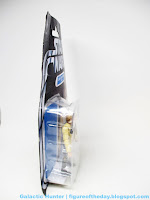