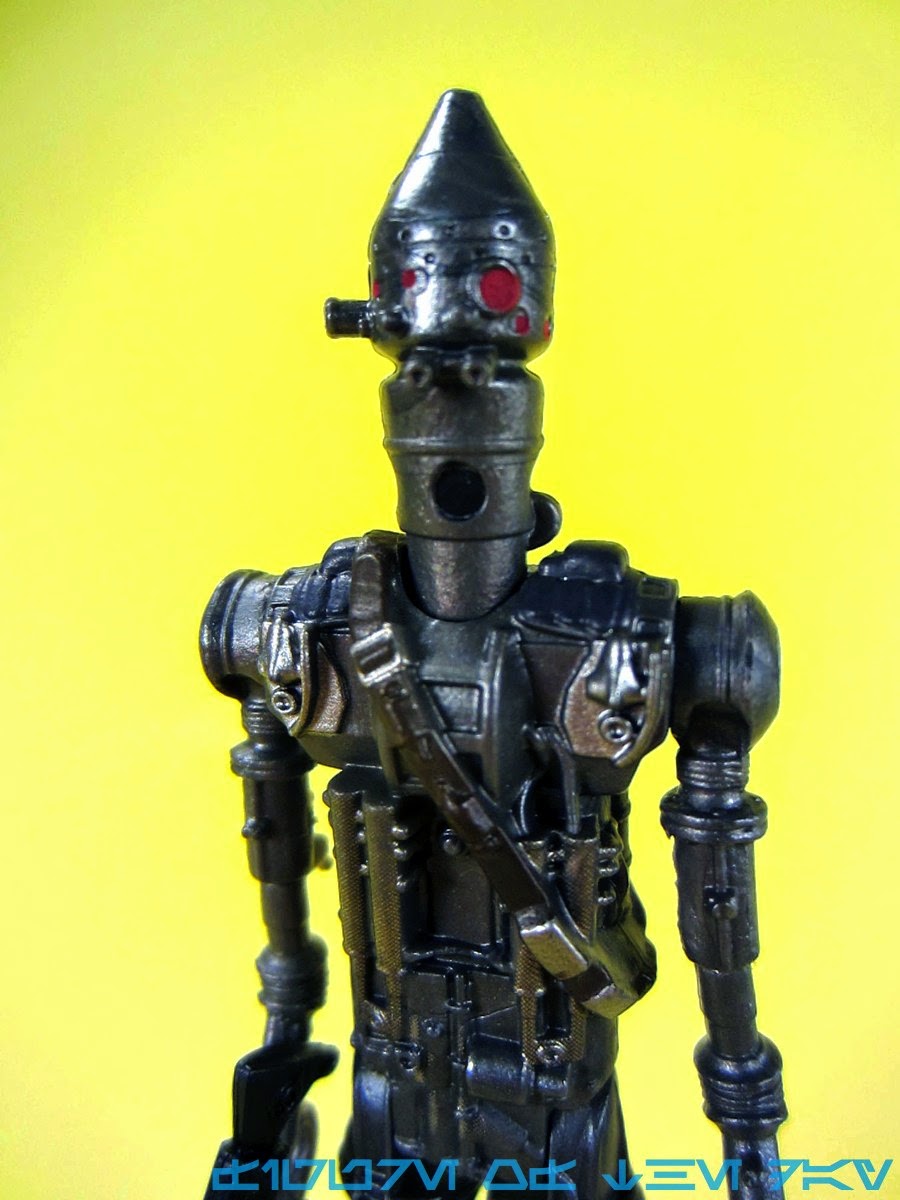 Bio: Two of the most feared bounty hunters in the galaxy, Bossk and IG-88 are hired by Darth Vader to track down the Millennium Falcon and its Rebel crew. (Taken from the figure's packaging.)

Commentary: While Bossk was a little shorter than his 1980s counterpart, IG-88 is shorter still.   Like Bossk he's one of those characters that usually show up as a line continues, and this figure has a pretty good sculpt and a really nice paint job.  And is short.   In the movies, you can tell he's a fair bit larger than the other characters on the set.  In the original action figure line, he's one of the tallest figures.  And here?  He's not all that much taller than Bossk... but that does mean he should have an easier time fitting in vehicles. 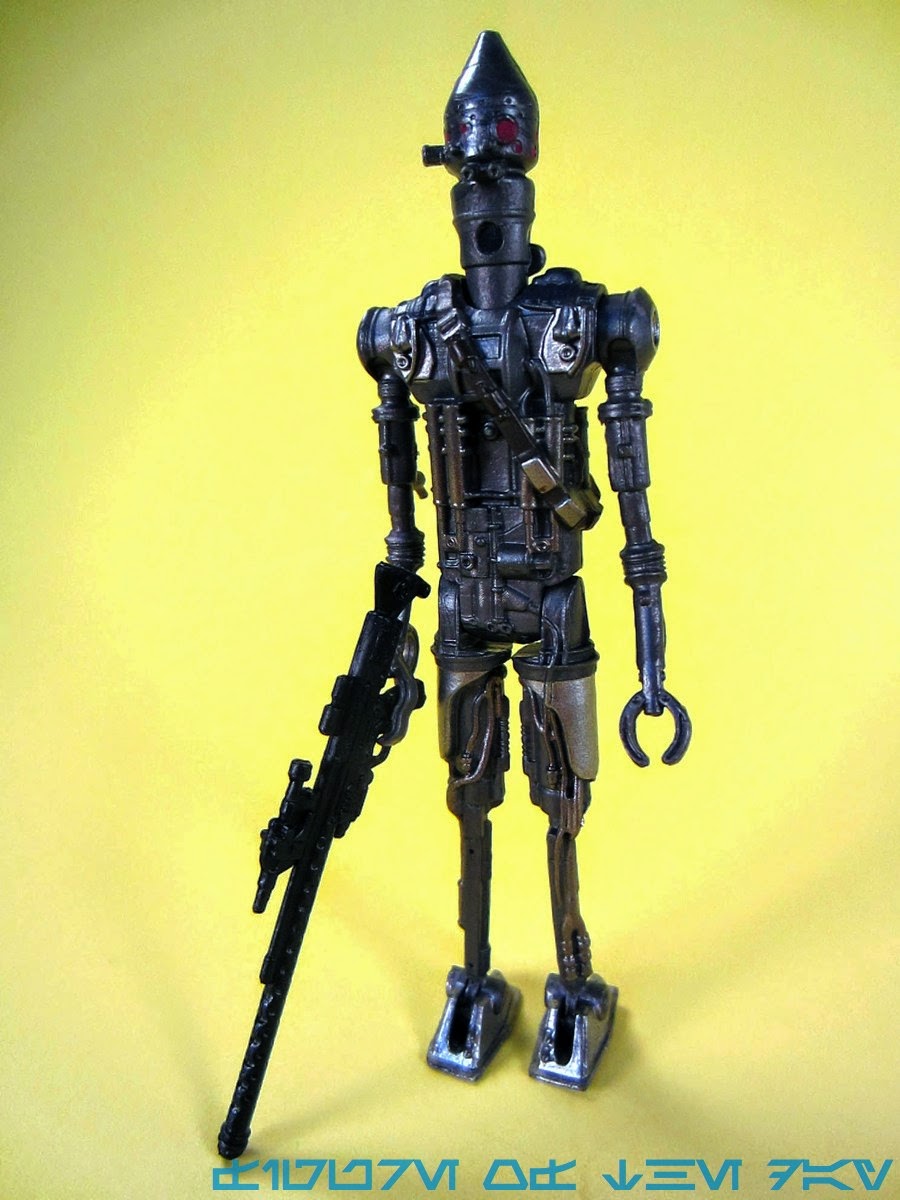 This is a weird figure in many respects - the right hand on mine was malformed, and required a dip in some boiling water to go back to the shape in which it could hold a blaster.  It still looks odd - most previous figures have the same horseshoe shape, this one is... erm... ribbed. It's also larger and can clip the gun, putting the claws in the trigger guard.  The figure has only one gun, and lacks the knife we saw on the last Vintage Collection release a couple of years back.  The bandolier is also molded to the body, which is cast in a metallic silver with some rusty red paint on top.  Considering the lack of paint overall, the figure looks quite good - at first glance I'd say it looks as good as any of the many previous versions of the character, but you may disagree. 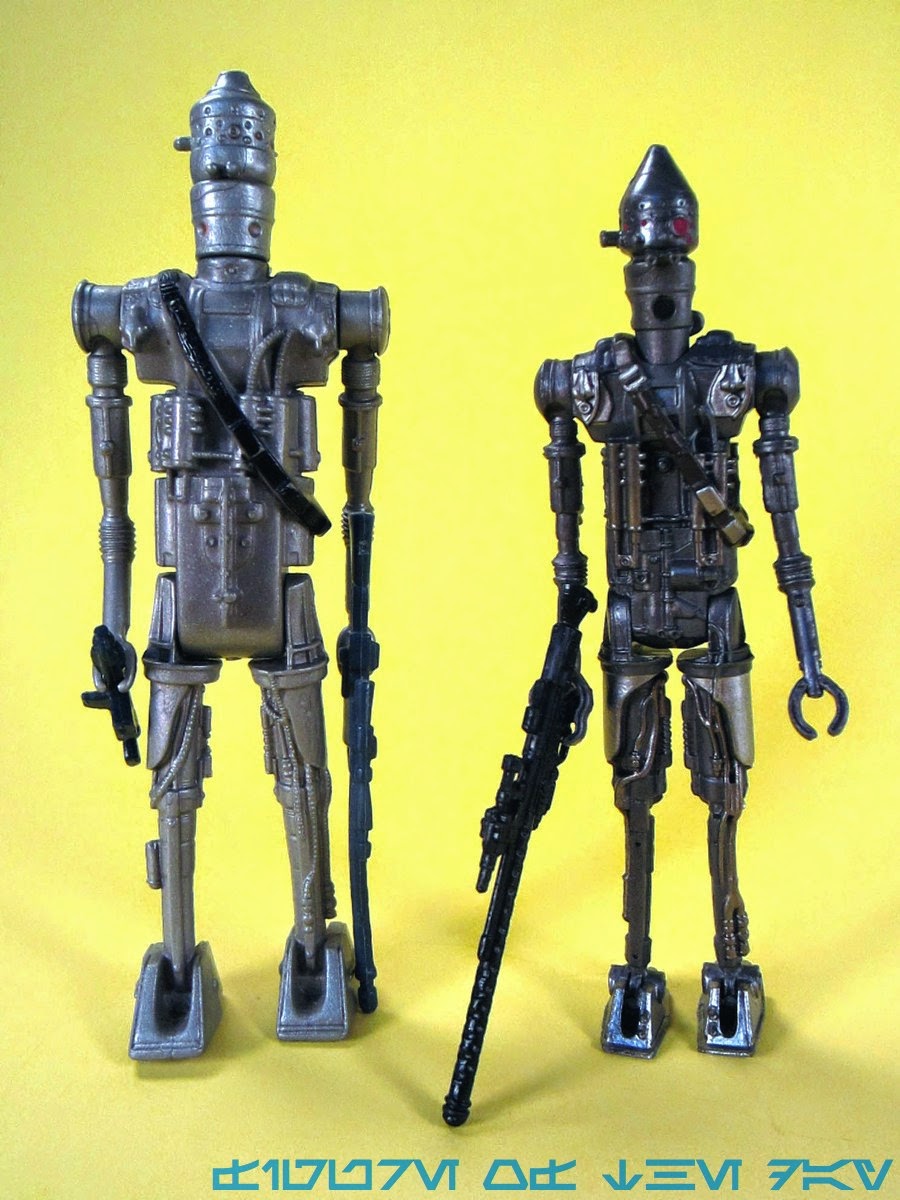 I wish it were taller and I do appreciate the benefits articulation has given the character over the years, but since this version can stand and sit with no problems I can still say it's worthwhile.  If you're willing to work with the hands to make them hold the gun, that more or less works too - but it is a strange design that, without the gun, really does look ugly.   Get it if you're so inclined and are buying Bossk anyway, or if you need a great figure that can sit in vehicles easily.