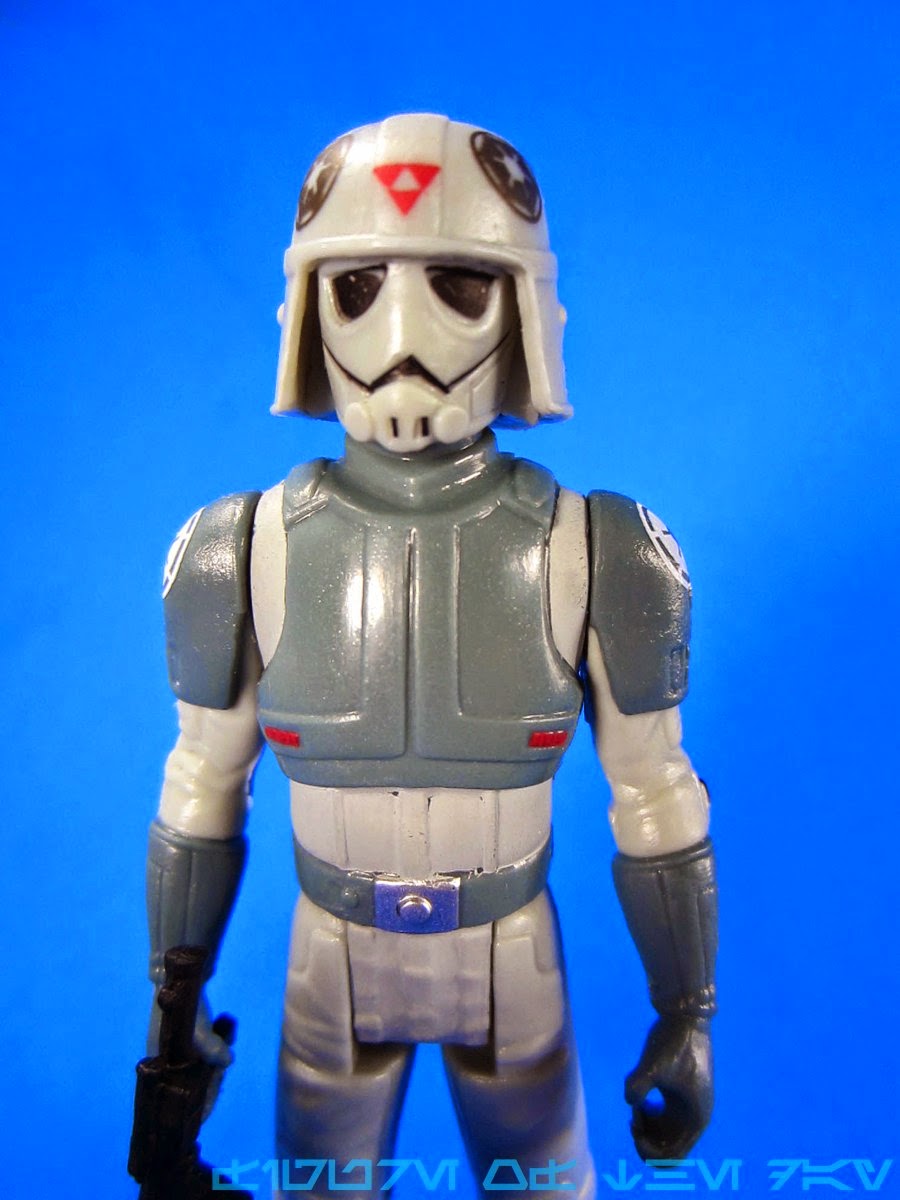 Commentary: A new pilot! The AT-DP Driver is a bit of a misnomer, because they can pilot other things - like the Imperial Troop Transports.  As we haven't seen any contradictions yet, this seems to be the go-to Empire ground vehicle pilot for this era and I think that's pretty cool. This is a figure debut, an all-new sculpt, and it's pretty close to accurate - but Hasbro could tweak it and fix it, too.  The figure has 5 points of articulation and is priced to move, and frankly I could stand to move myself to buy more.  Hasbro wisely designed the AT-DP with places for 2 figures, and the Imperial Troop Transport has an interior with seats for 3.   This is utterly brilliant on their part. 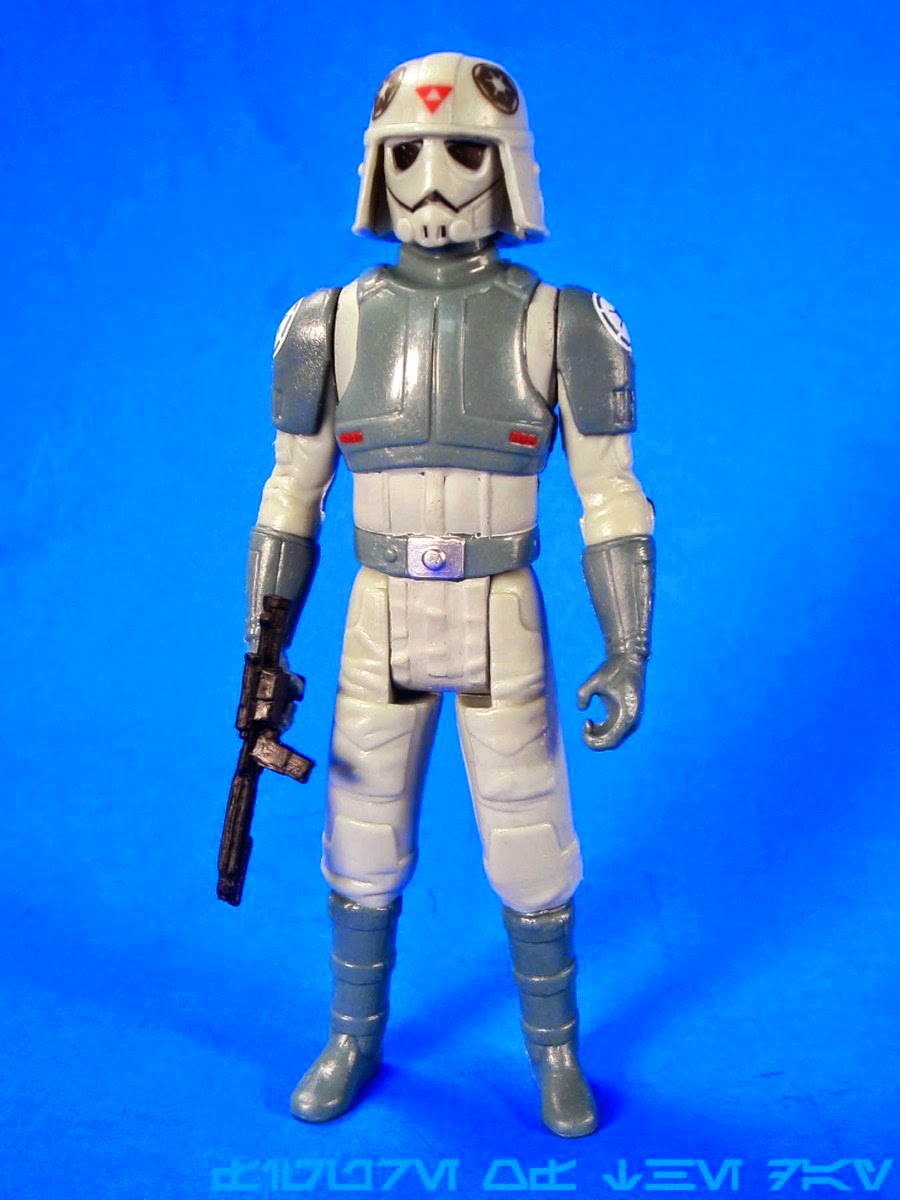 Sculpting is, as usual, great.  The pose is good, and the figure can stand with no real problems.  There are some wrinkles - not as many as the "movie" figures - and the stylized proportions don't seem too far off from what we've seen in the movie and McQuarrie Concept figures from over the last few years.  The figure feels a lot like the vintage 1984 AT-ST Driver in terms of (not much) personality, as the face mask covers up emotions but it still has a sort of a creepy grin.   All 5 joints move smoothly and the suit looks pretty good - it'a also a tiny bit more muscular than some other recent figures, which reminds me a bit of the figures of the 1990s.  (I like them.) 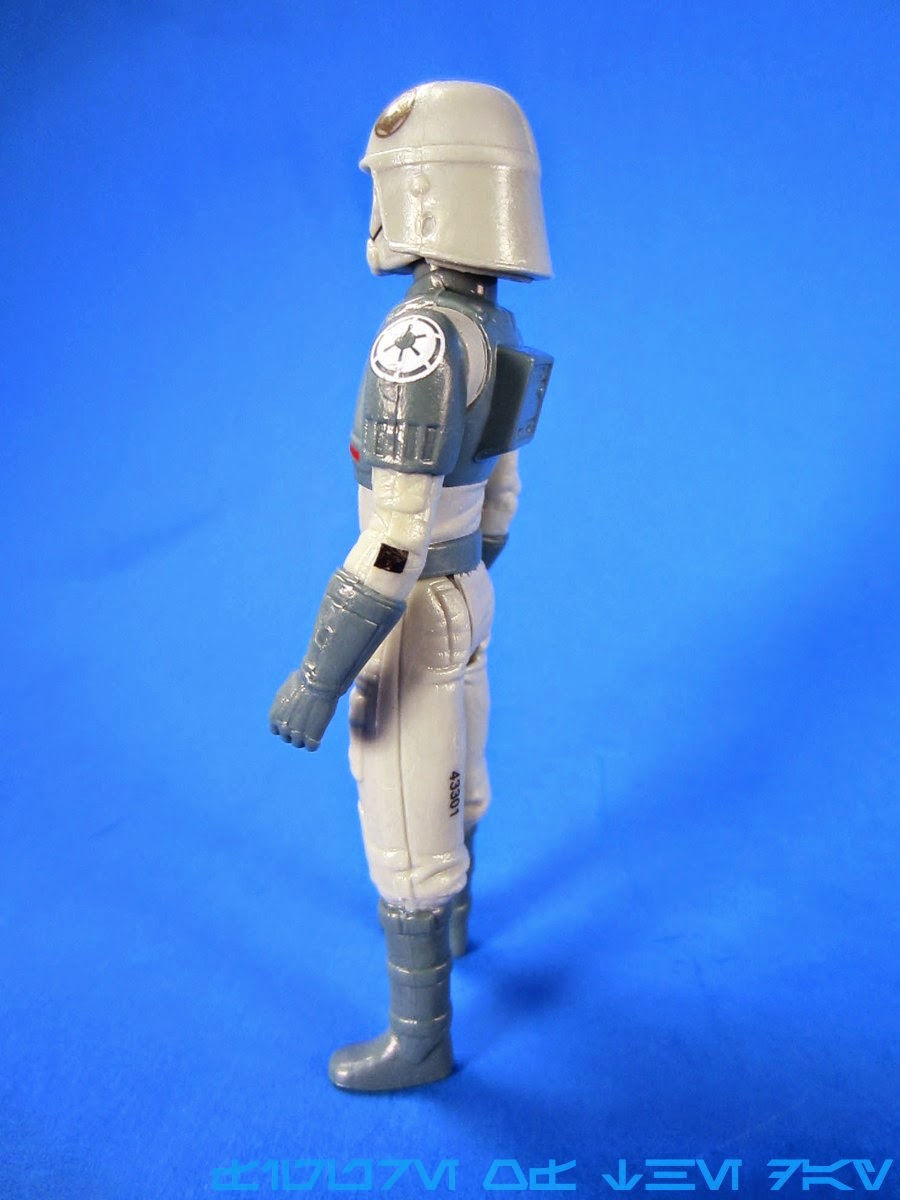 In terms of deco, the figure doesn't quite match the show - but you might not care.  The figure has a bit of a blue tint to it, while the animation model is more of a desaturated grey color.  Most of the various faction and other markings are where they should be, including  red lines on the breastplate and even some black on the back of the gloves - it's a detail you'd never notice that they left off, had they left it off.  Unless you compare this figure to reference photos, you're going to think it's great - it's one of the unfortunate things of the digital era, where we can easily check Hasbro's work.  Even if the figure could have been based on an earlier design and technically accurate, we'll never know that - all we know is we can compare it to a still from an HD file of the show someone posted and go "Oh, it's a little off."   For this reason I have to still give it high marks, but were  Hasbro to rerelease the figure in the future with a slightly different paint job with the faction symbols moved and resized just a tiny bit, I bet this figure could be perfect and still cost the exact same price.  Since it'll be spending the bulk of its time inside vehicles anyway, well, it's not like it's a huge deal.  The long-haul collector who plays with there toys should like this one, and if Hasbro does go back and tweak the coloring I think it'll be interesting down the road. 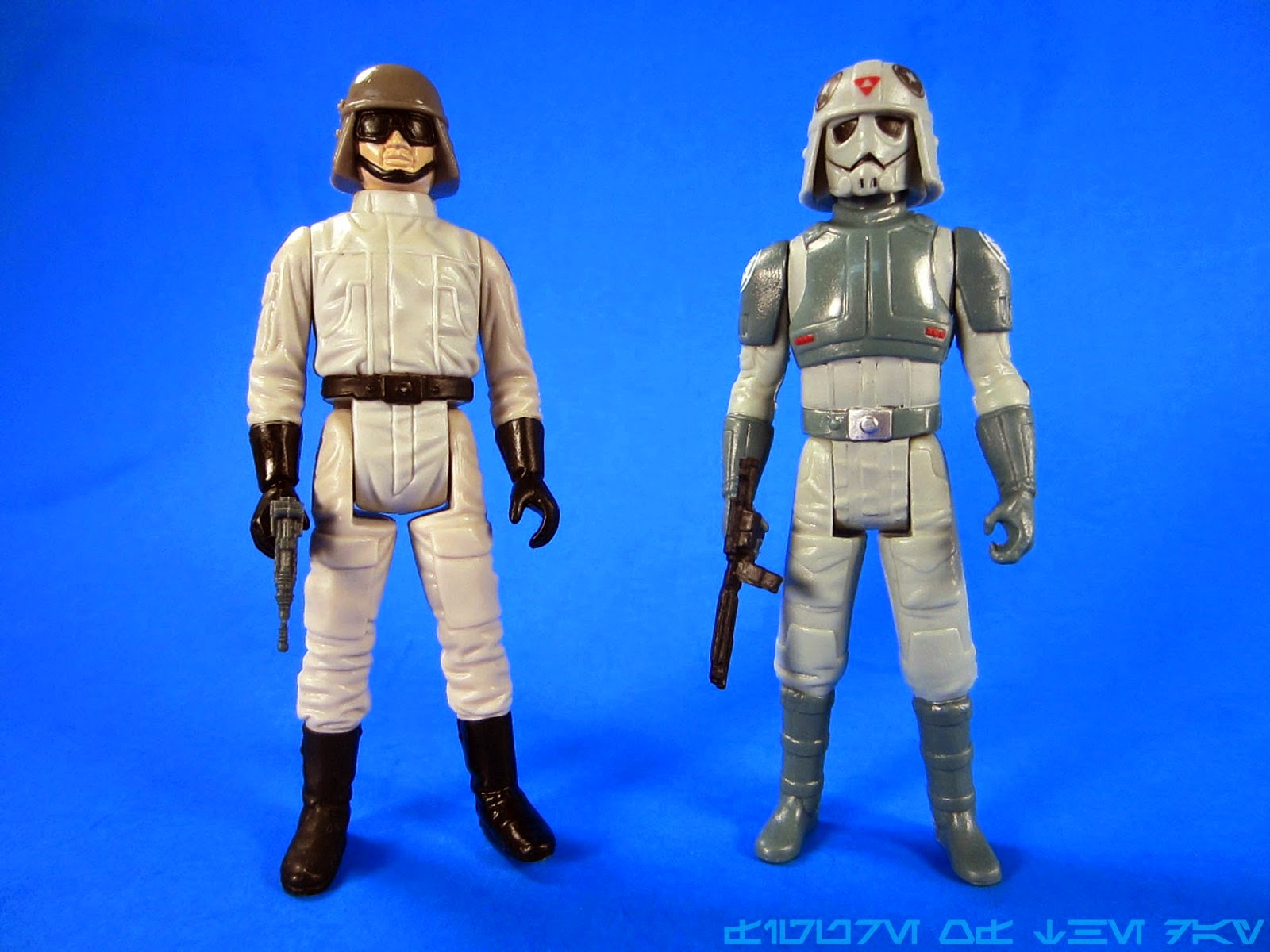