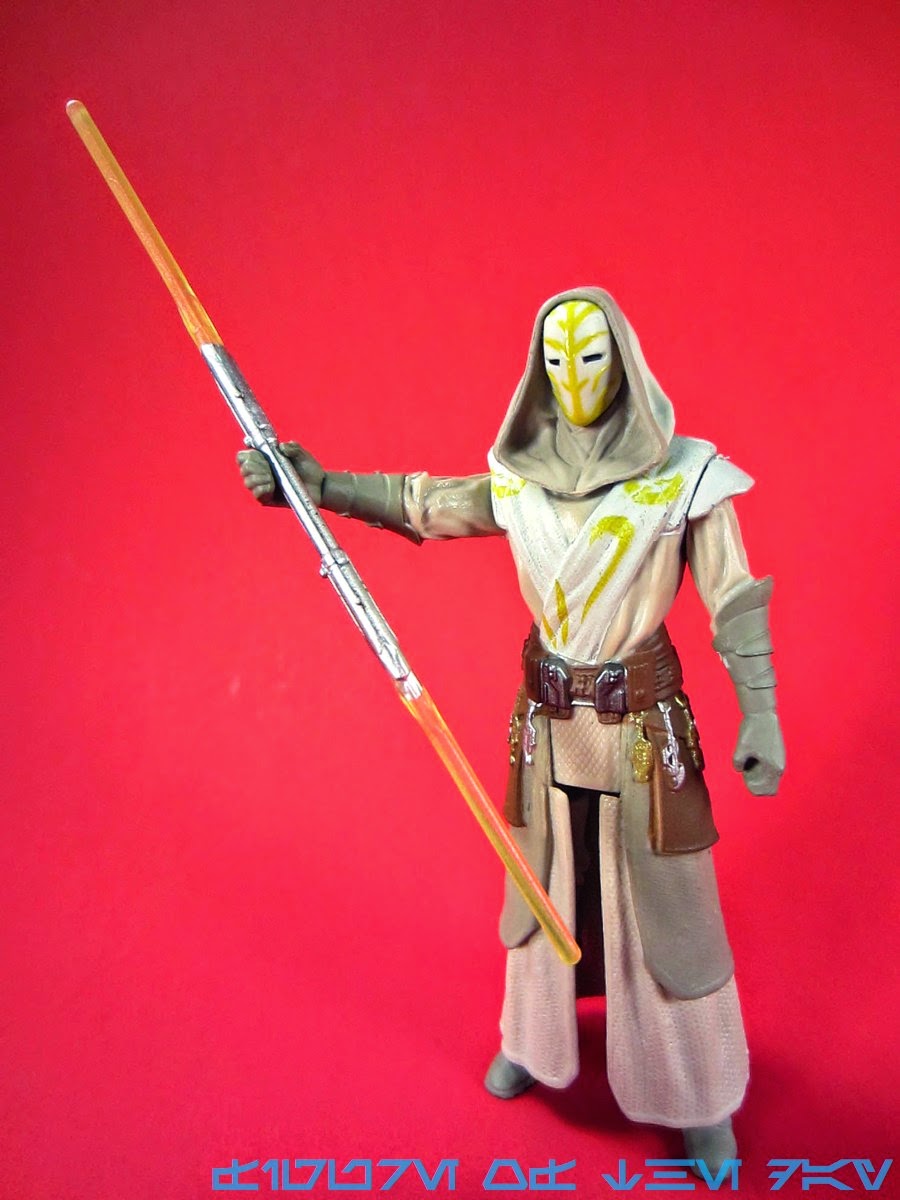 Bio: Members of the Jedi Order, these guards are armed with double-bladed Lightsaber pikes and are sworn to protect the Jedi Temple on Coruscant. (Taken from the figure's packaging.)

Commentary: Another new guy! Hasbro has given us more stuff that's brand-new in 2015 than we got in 2014.  Possibly 2013 too. The Jedi Temple Guard one of those figures I never thought we'd see as a toy because it seemed Hasbro was leaving this period of Galactic history.   These faceless masked warriors have no known identities yet, but they look pretty cool.  The design of the action figure looks close enough to the animation model where you could probably put it in with the TV guys, but the toy's level of detail and wrinkles make me think it has to be a movie-style figure.

The 5-jointed figure is good, but not great as the pose the designers selected don't really lend the figure to doing much guarding or fighting.  He can stand with his arms down, but the wrists don't allow him to look particularly cool - super-articulated arms may have helped here.  The range of movement on arms varies from figure to figure, so it's not like you're going to get perfection at 3 3/4-inches anyway.  The deco is really good, and there are numerous gold and silver objects hanging from his belt.  And they're painted!  The mask has yellow markings and black eye holes, and the robes have some yellow as well.   Compared to other figures in Hasbro's current simplified figure line, this may be the best figure available in terms of amount and variety of deco. 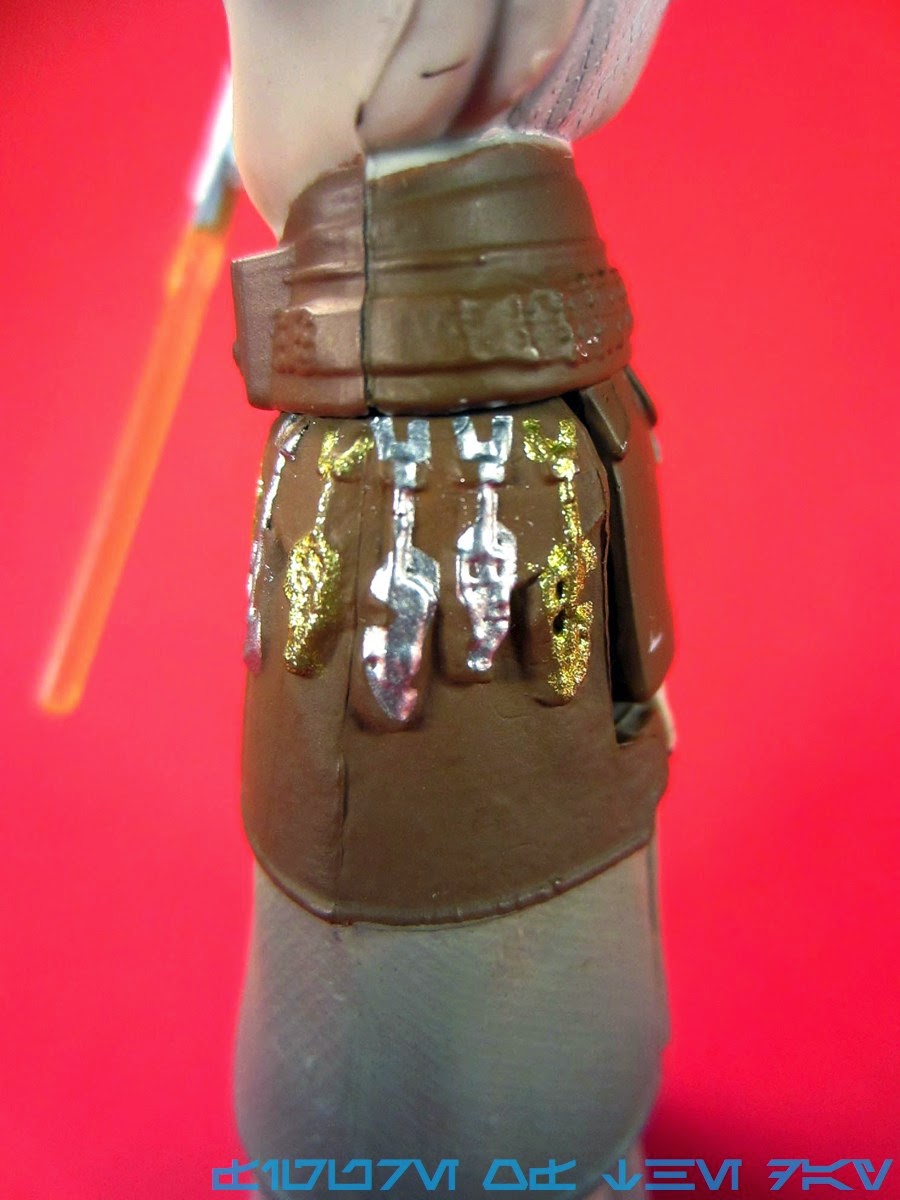 The double-bladed lightsaber seems a tiny bit short, and the hilt is all silver rather than the multi-colored hilts in the renderings. It is, though, yellow - very few figures have yellow lightsabers and are also true to their appearances in the saga. This is possibly the only figure that's now "canon" with a yellow blade. The figure has no problems being posed and I bet it's a digital sculpt based on how the robes and pant legs work.  With some  recent figures, you can see the figure's boots and pants inside each leg when you split them apart.  The bulky robes get in the way of cramming him in most vehicles and starfighters - which is a bummer given that these figures are generally the best you can get in terms of piloting.

As the only Jedi Temple Guard, I am going to assume this may be the only one we ever get.  The reduction in super articulated figures and the lack of Clone Wars anything makes me think that waves like this with Plo Koon and Commander Gree are going to be an exception, so don't wait for a better version later.  You might not get it.