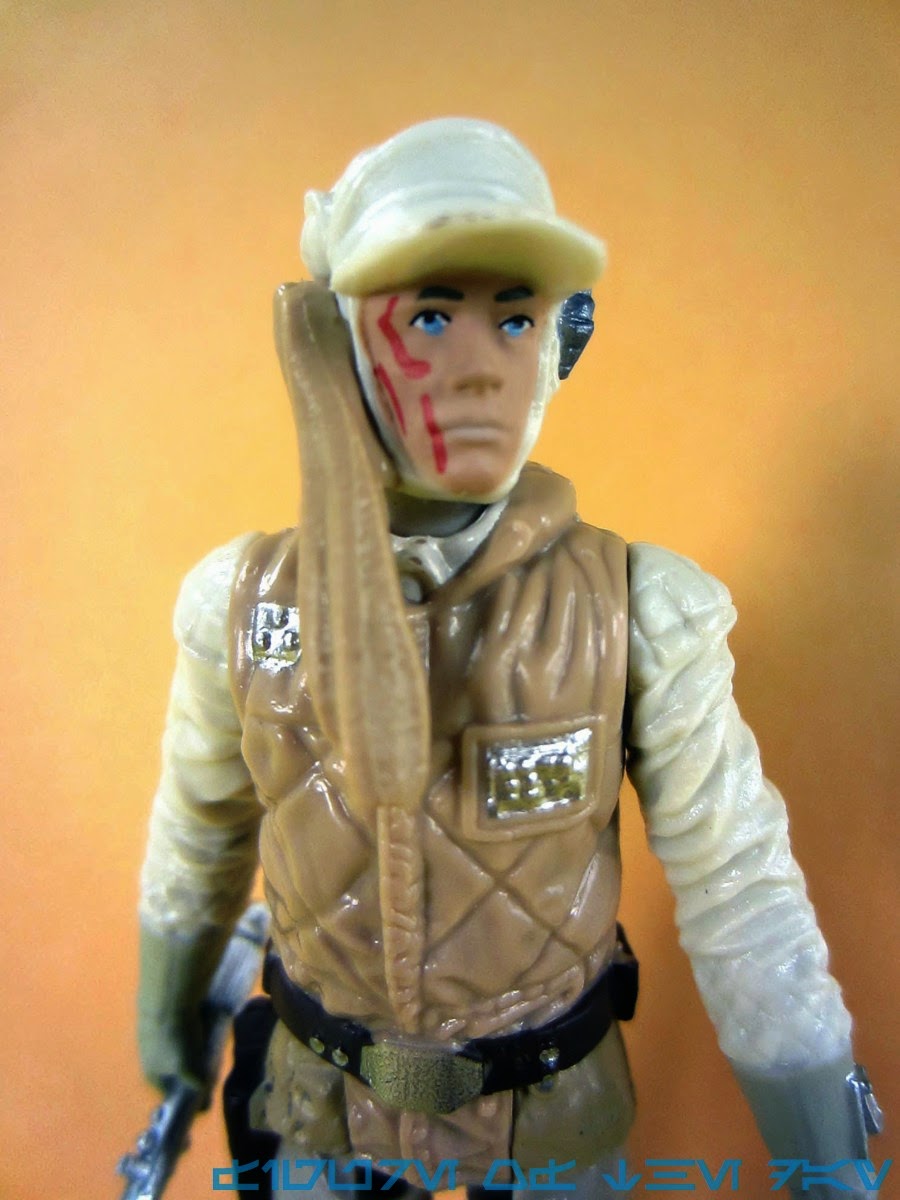 Commentary: I suggest getting this set, because Hoth is awesome and these guys stand up well.  But between the two, Luke Skywalker is the lesser figure.  Not only has it been released on the heels of a super-articulated new head/redeco figure from The Black Series, but that original The Vintage Collection Hoth Luke from 2012 was even better with fancier paint apps and less blood.  I guess if you get the vintage figure and the Mission Series figure, you can skip The Black Series one - it's really the middle child.   The funny thing is there are quite a few differences between this release and the previous ones in terms of deco, and when I'm looking at reference photography you can make a case for it being "correct." 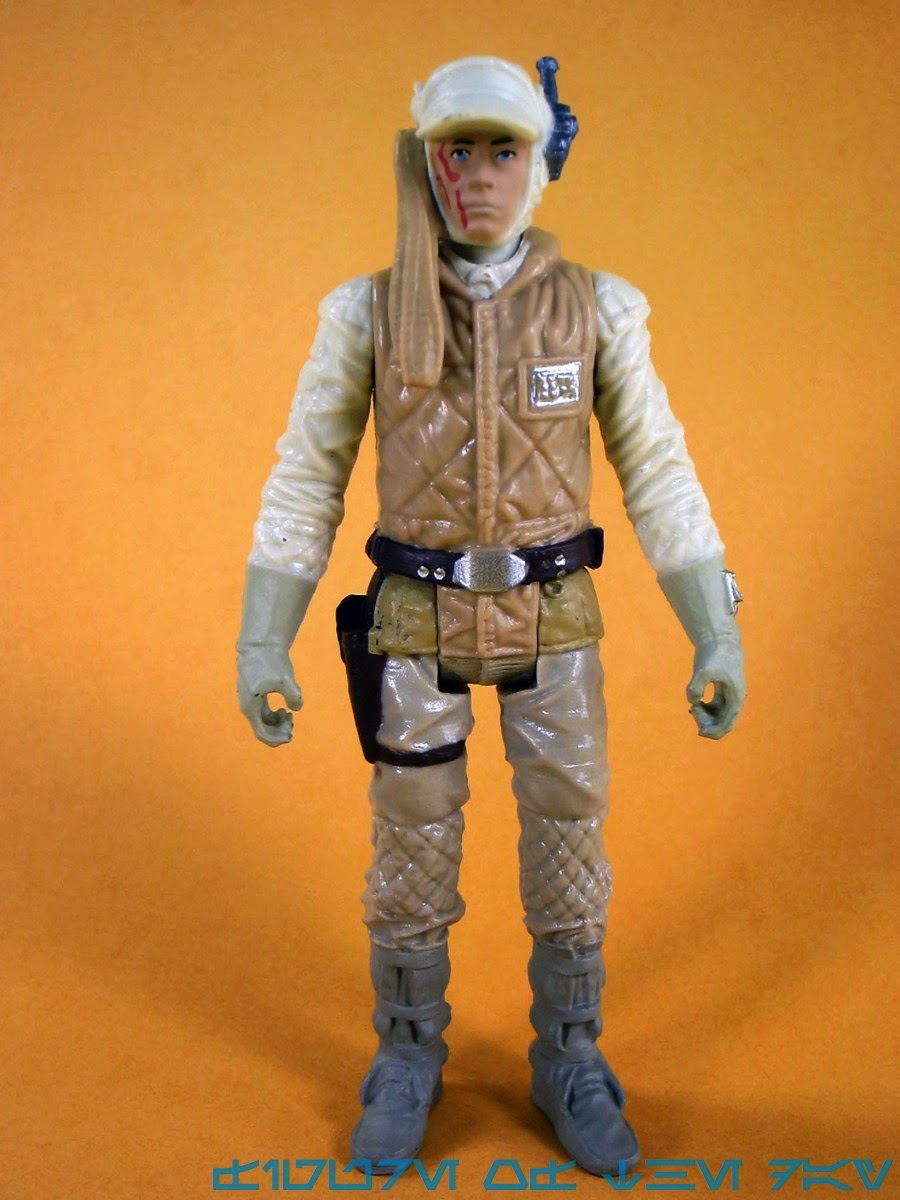 Overall, this figure owes a lot to the original Kenner figure (mostly unpainted arms) and the previous Black Series figure in terms of plastic color.  But there are a lot of strange differences, like the fact that the shoulders and boot straps are now unpainted, or that the gloves are now all one color.  The funny thing is I see some reference shots of one-color gloves, and others where they're clearly two-tone.  Based on some of what I'm seeing, I don't think it's out of the question that there may well be two different sets of gloves and as such, this figure may as well be labeled authentic.  The facial scarring is different from the movie stills, with the previous release getting higher marks for having... higher marks.  The orientation seems more accurate there, even if this newer figure seems proportioned a little more weakly in the torso zone.   Also, the pockets on the sleeves are missing, plus the pants are now brown instead of grey.  For all I know this might be another reference issue, because there's a costume labeled Luke's Hoth Gear at the National Air and Space Museum that, from the photos, could be the source of some of the differences. 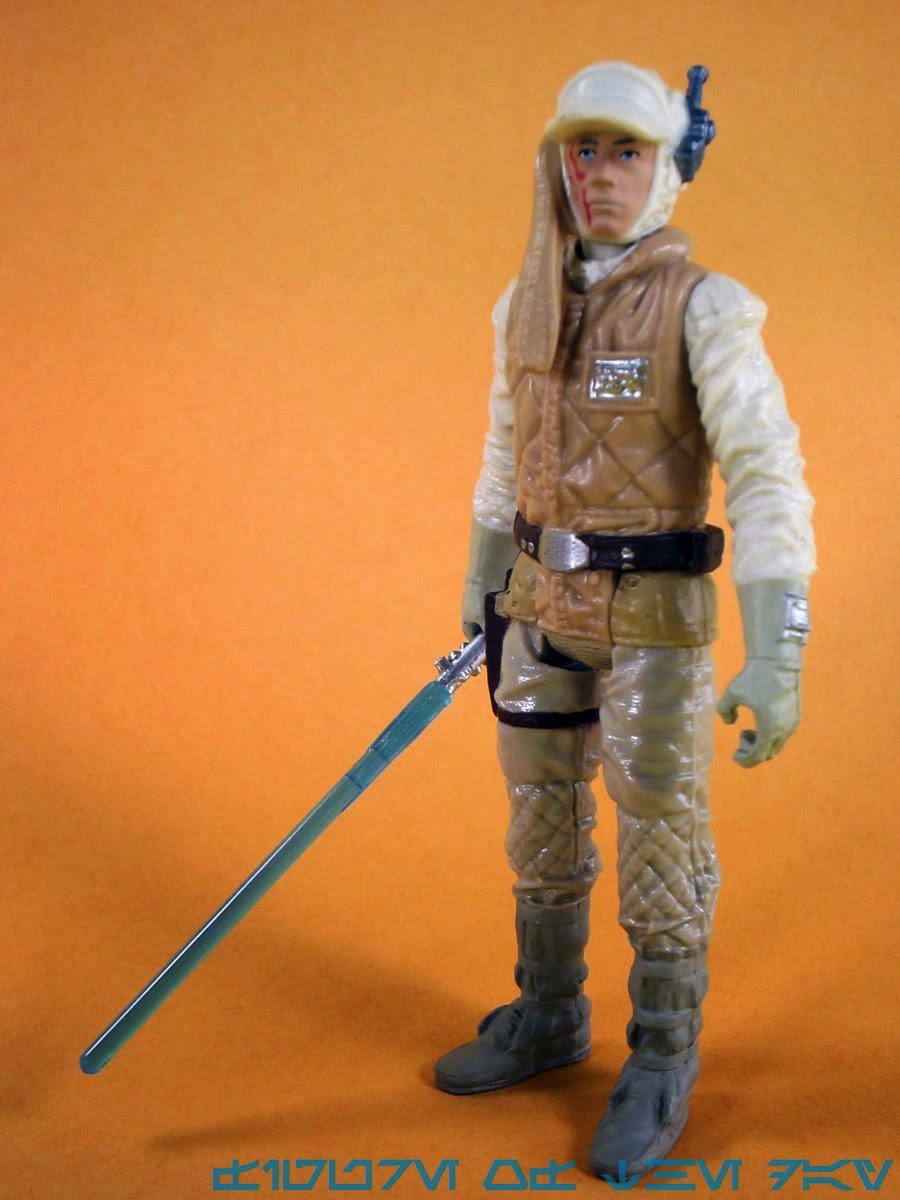 The figure is about as good as Han in terms of engineering.  He can't quite sit, he makes you wish you had a trapdoor Tauntaun with a modern sculpt, and he has no problems holding the lightsaber.   Some of the minor paint apps are gone, as are some of the pouches on his belt. The bottom of his parka is also a little more tattered.

What we have here is an unquestionably different figure, and determining the design reference should be a fun thing to do when I have time to sit down and do it.  Which will be never.  So for now, I like this figure because it looks different enough from the last two to really qualify as being different, and at this point "different" is arguably the most I can hope for.  Get this set if you see it, it's worth the ten bucks.