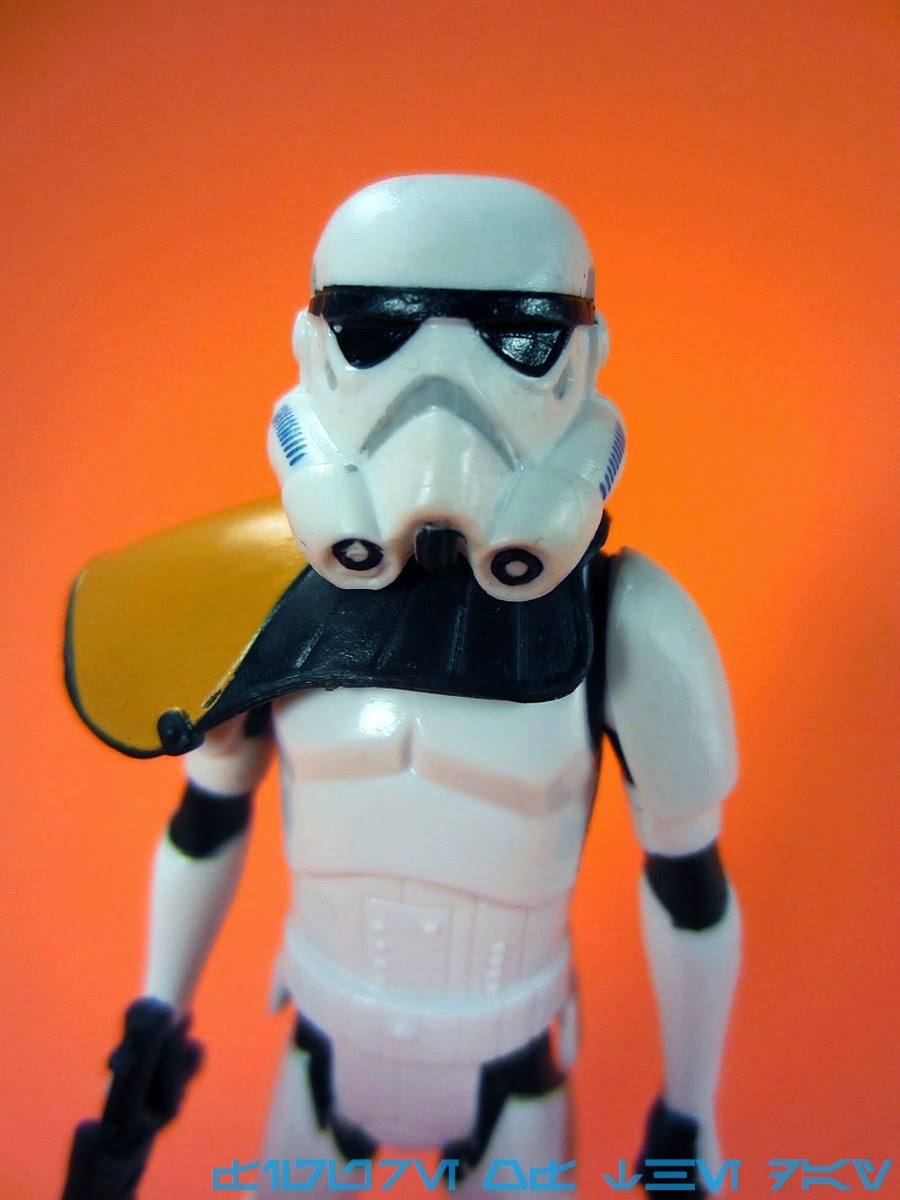 Bio: Hera is the ace pilot aboard the Ghost starship and supports any mission that undermines the authority of the Empire's Stormtrooper Commanders. (Taken from the figure's packaging.)

Commentary: The funny thing about this Stormtrooper Commander is that it's basically just a Stormtrooper with an orange shoulder pad, which puts it in line with how the fandom generally saw Sandtroopers in the early 1990s.  A lot of the customs in the early Internet and pre-Internet days didn't feature things like backpacks or dirt - you just got a Stormtrooper, you added a shoulder pad to it, and you called it a day.  The notions of variant lenses in the helmets and the diamond-shaped knee armor never even came up in most discussions I've had and certainly never showed up on customized figures.  For that reason, this is sort of a perfect fit for that whole nostalgia bomb that is most of Rebels.  This figure really feels like it might have been a Kenner design for a Sandtrooper in the 1980s, had the line continued - if Walrus Man can have swim fins and no jacket, a Sandtrooper can be a Stormtrooper with one new part.  That's just good science. 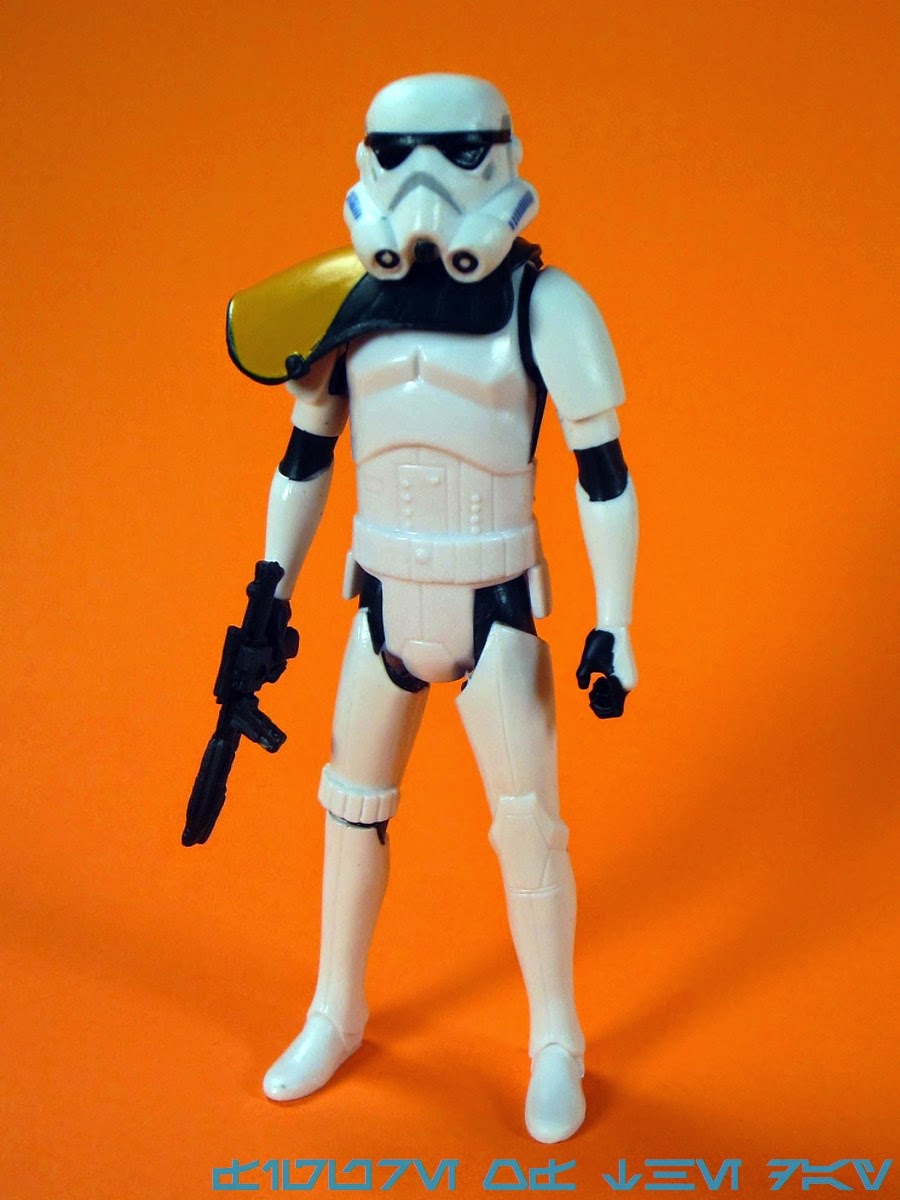 The figure is part of an unusual directive in this line, in that Hasbro is actually making a lot of Stormtroopers.  This rarely happens - usually they're made at a rate similar to the other figures, but this time around you can get a plain white Stormtrooper as a basic figure or in at least two different Mission Series packs, plus this one.  They all have the same basic sculpt with rotating necks, shoulders, and hips.  He has no problems fitting in any of the vehicles or handling his blaster rifle, which is the same one you'll see with the other Stormtroopers in this line.

The detailing is pretty good, and on par for action figures of this era.  The armor in the cartoons has this wonderfully shiny white metallic look that seems impossible to replicate on a toy of this price point, but perhaps someone will let Funko's Hikari factory take a crack at it in the future and come up with something superb.   For the money, this is a set that's worth picking up because you get one new figure and one new enough figure for ten bucks.  And if you hate the pauldron, you can clip it off and get another plain Stormtrooper.  You've got options.

Collector's Notes: I got this from Entertainment Earth.  This set started appearing in stores late in March.   You may find it in a store today.

I guarantee you Onell Design could come up with a glossy pearlescent white plastic that would work well for stormtrooper armor!