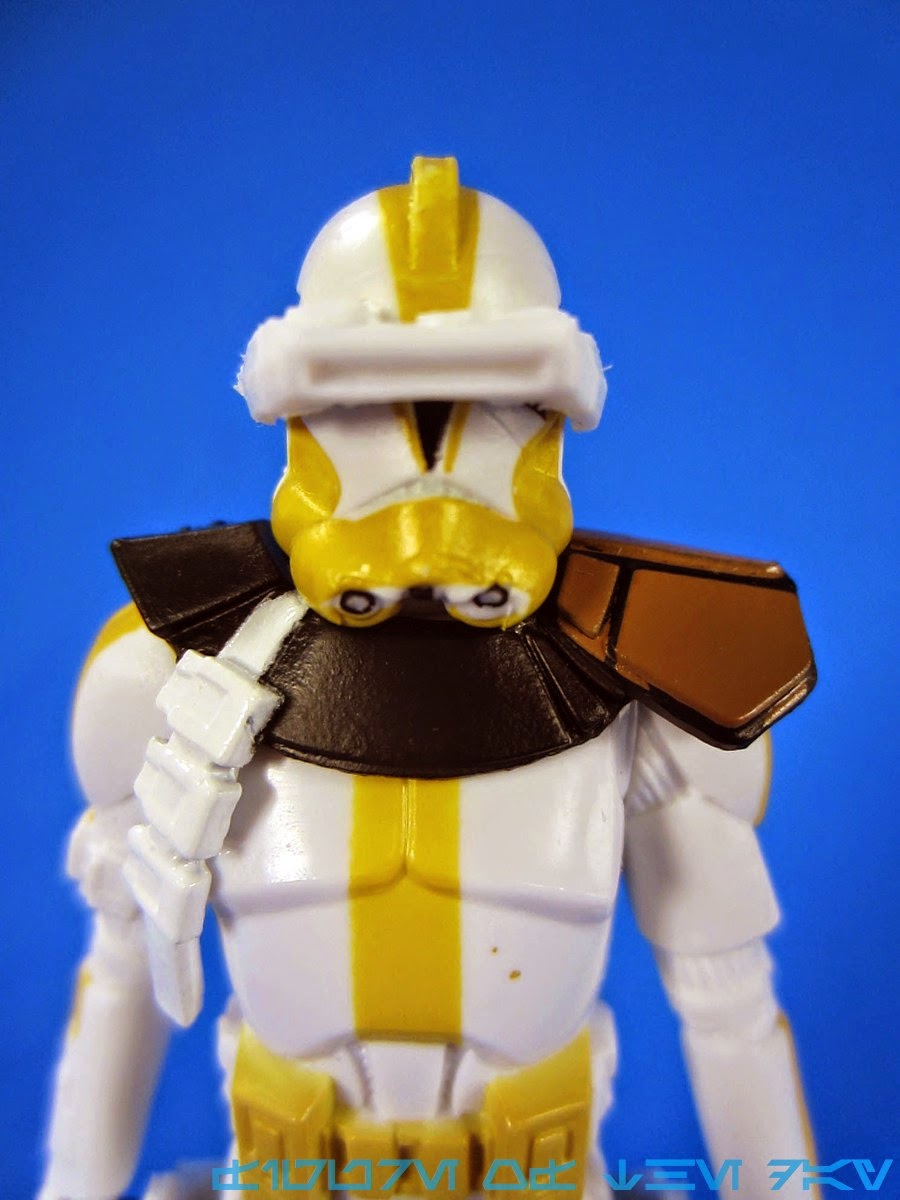 Commentary: You can skip Commander Bly and no one will fault you.   A mix of new and old parts, this isn't a bad figure but while the other ones in this simplified style usually do a good job representing the character as best it can, this one doesn't.   It's very similar to Captain Rex from last year in that it has blasters and holsters, but it has a unique pauldron and a new head with removable (yes!) binoculars.  However (no!) the binoculars are not articulated - and it probably wouldn't have cost them a lot to make the pegs round, rather than square, to do this. 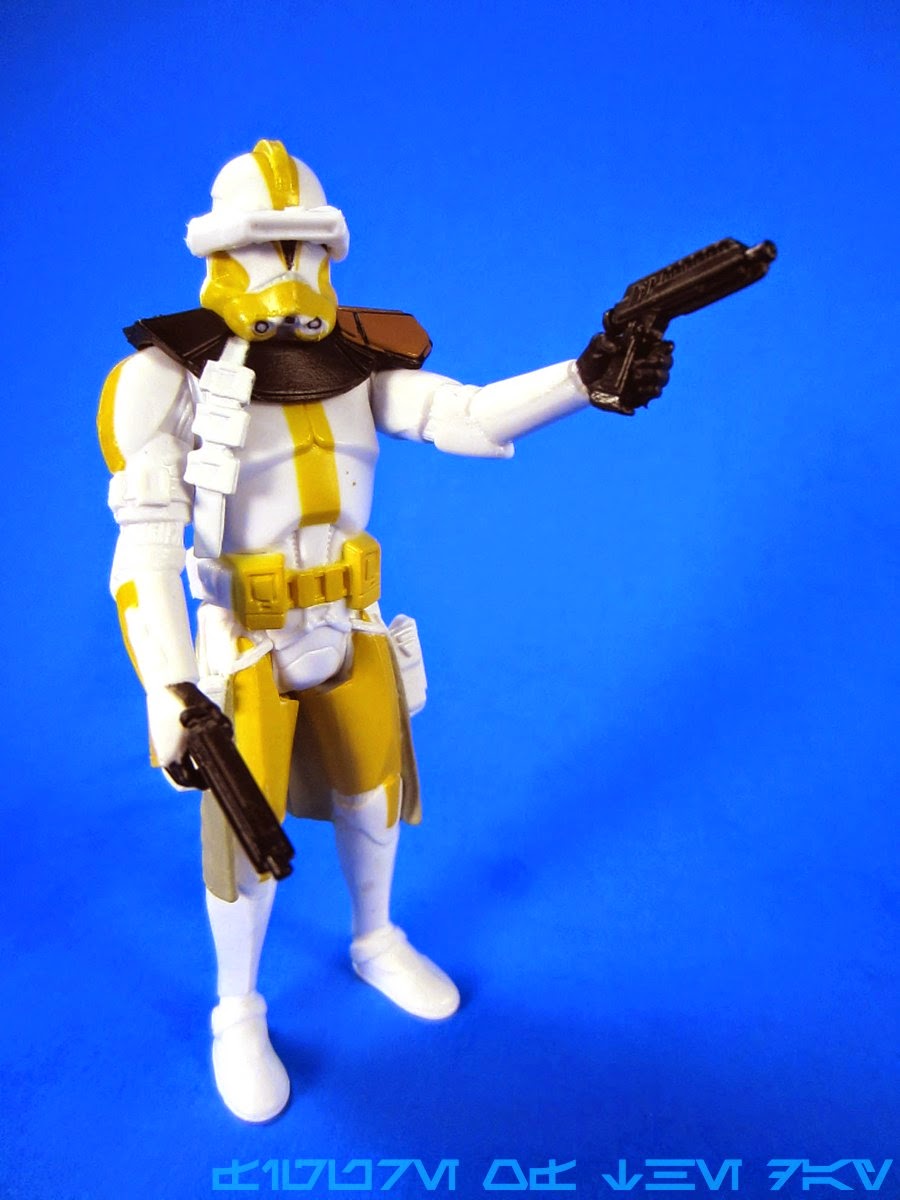 Deco is where this figure falls apart for me - Hasbro set expectations for what a Saga Legends Clone is in 2013, and that's a figure with a head that's probably too small on a torso that's probably too bulky, but it's OK - they're fun.  This one got some of the detailing right, but they didn't paint the visor in the binoculars. That looks bad.  They did paint the dark yellow/brown on the pauldron, but neglected to paint the stripe down the middle of the helmet that color.  A variant of the 2005 Bly had that stripe, and Hasbro has repeatedly set "we'll get it right next time" since then.  Every 3 3/4-inch Bly since then, they forgot to put it back.   You might not care and if you don't care or notice that is totally fine - but it bugs me given how many times fans and Hasbro have talked on this issue in various panels and Q&A sessions.  They didn't paint the mouth on the helmet, which is visible.  They did paint the visor on the helmet, which is covered by the binoculars.  Does this make sense to anyone? 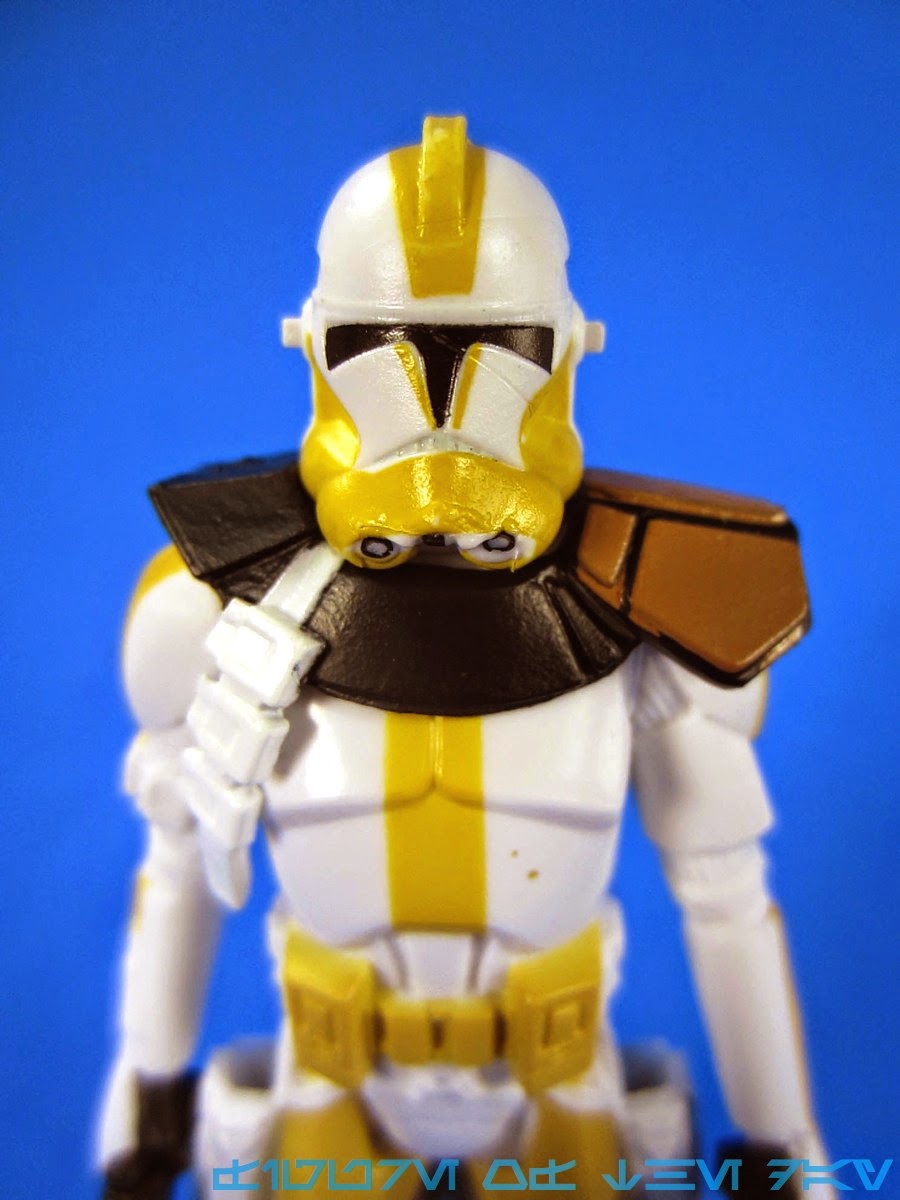 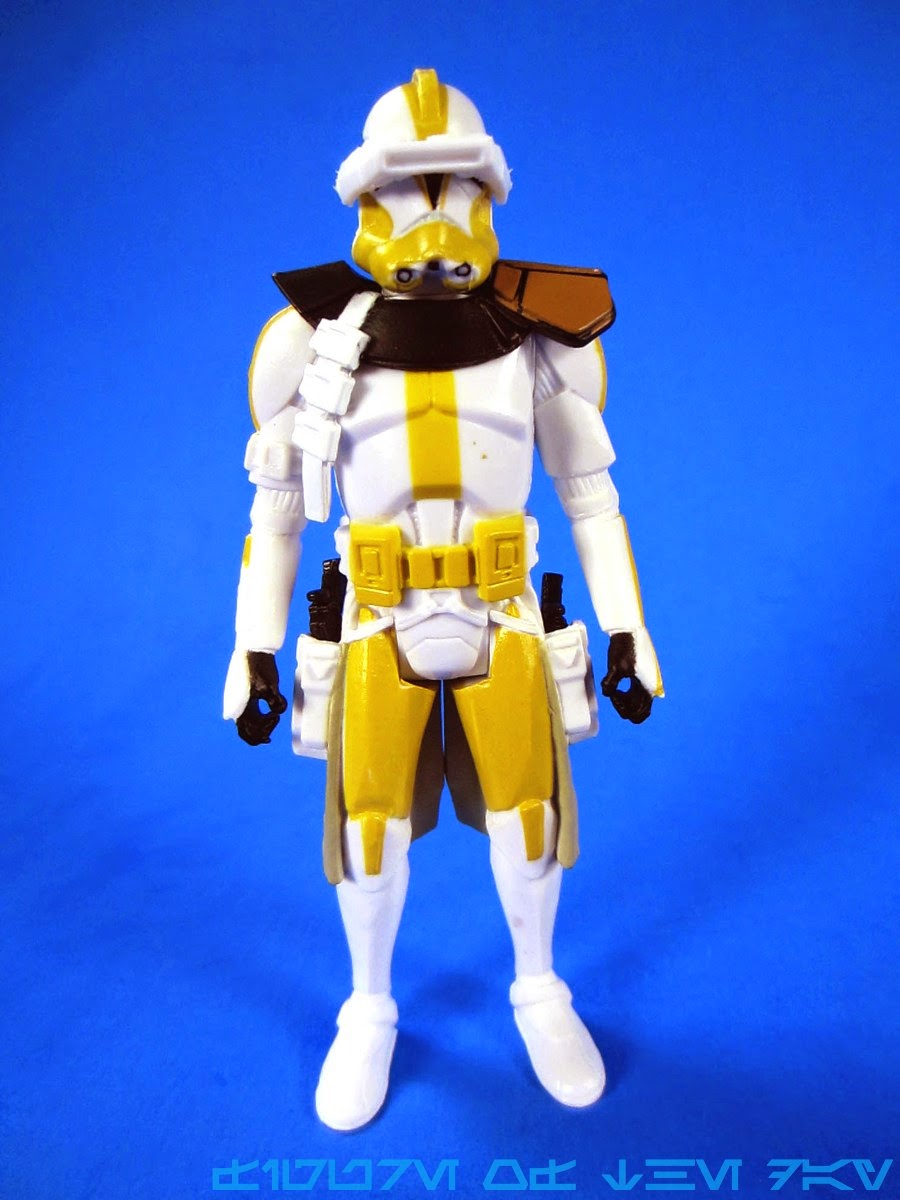 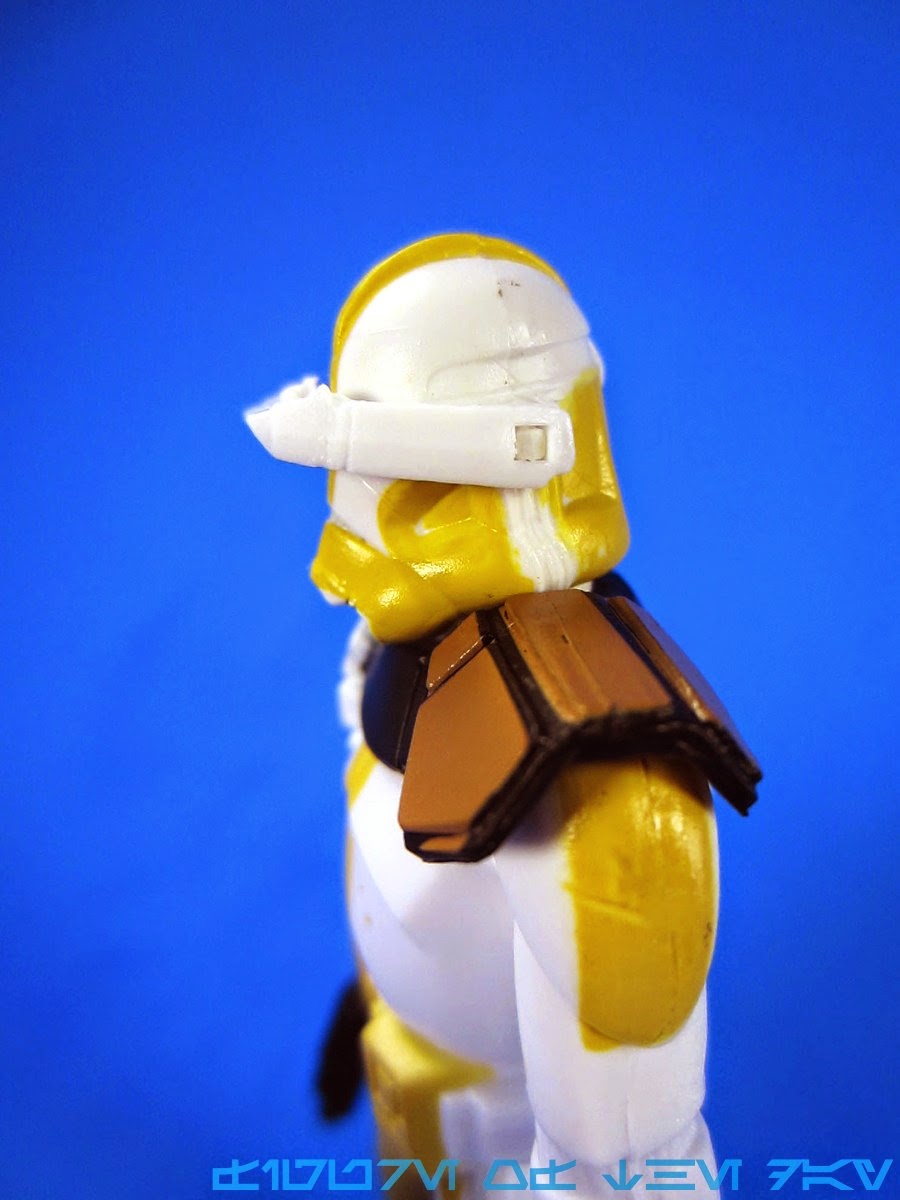 The figure has no problems standing or sitting, and the binoculars can be easily removed off of their pegs.   Normally in this line I am quick to forgive little absences like the unpainted armband or the missing shoe stripes, but the brown helmet stripe just seems like a problem.  Had Hasbro said "We'll probably never do it," or "Budgets. Am I right?" over the last decade I'd just shrug and say they did their best.  The missing mouth, though, I just can't smile and say that this is a great figure.  It's a cheap Bly if you need one, and it's as fun as the other Clones in terms of play value, but even for a cheapo figure it could be better.     Given that Toys R Us is asking $8 for this series nowadays, I suggest you go to Amazon or eBay and spring $10-$15 for the 2005 Commander Bly.  It has more guns, more articulation, and more paint.  Granted, that one can't sit but odds are you didn't buy this one to sit in a vehicle.   If you can find the brown stripe variant of the 2005 version, all the better, but really either version is more charming and generally a better buy than this one at the new higher prices.  Unless you're a completist like I am, in which case just buy it and shrug that you'll probably never see Hasbro get that helmet right again.