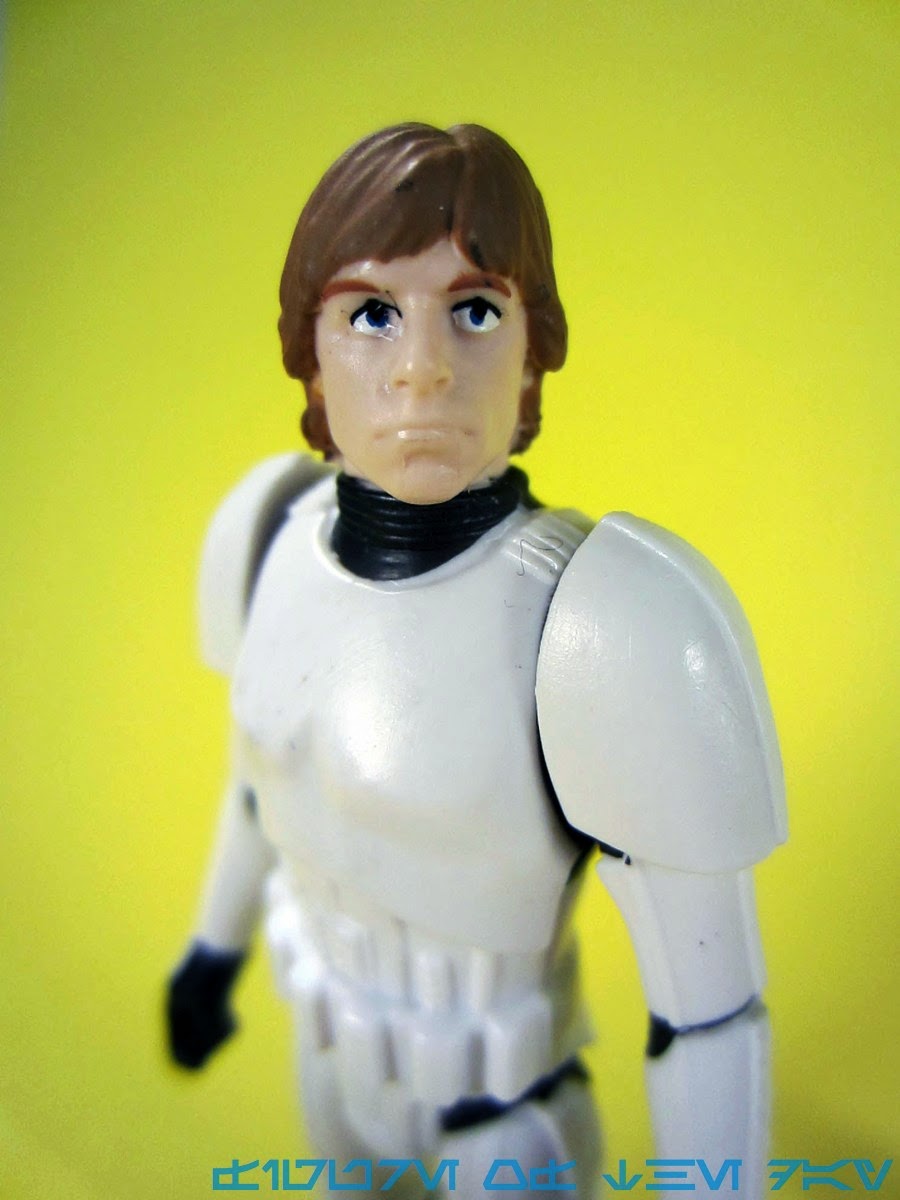 Bio: Luke disguises himself as a Stormtrooper on the Death Star to rescue the imprisoned Princess Leia. (Taken from the figure's packaging.)

Commentary: It's a proud tradition.  Luke Skywalker (Stormtrooper Disguise) comes up every few years and surprisingly, he often gets a new body sculpt for many of the releases.  This one trades on the existing Stormtrooper's design, meaning Luke is not at all short this time around.  He's the same size as the other troopers and his helmet is so snug, it might rub his nose down.   It's a shame, as these figures tend to have better interaction with their accessories.  For that reason, this figure doesn't make a great stand-in Stormtrooper, or a great Luke in disguise - it's sort of in a weird middle place.  Technically it doesn't even have his own gun as it's given in-pack to Leia, but he has no problems holding it if you want to give it to him. 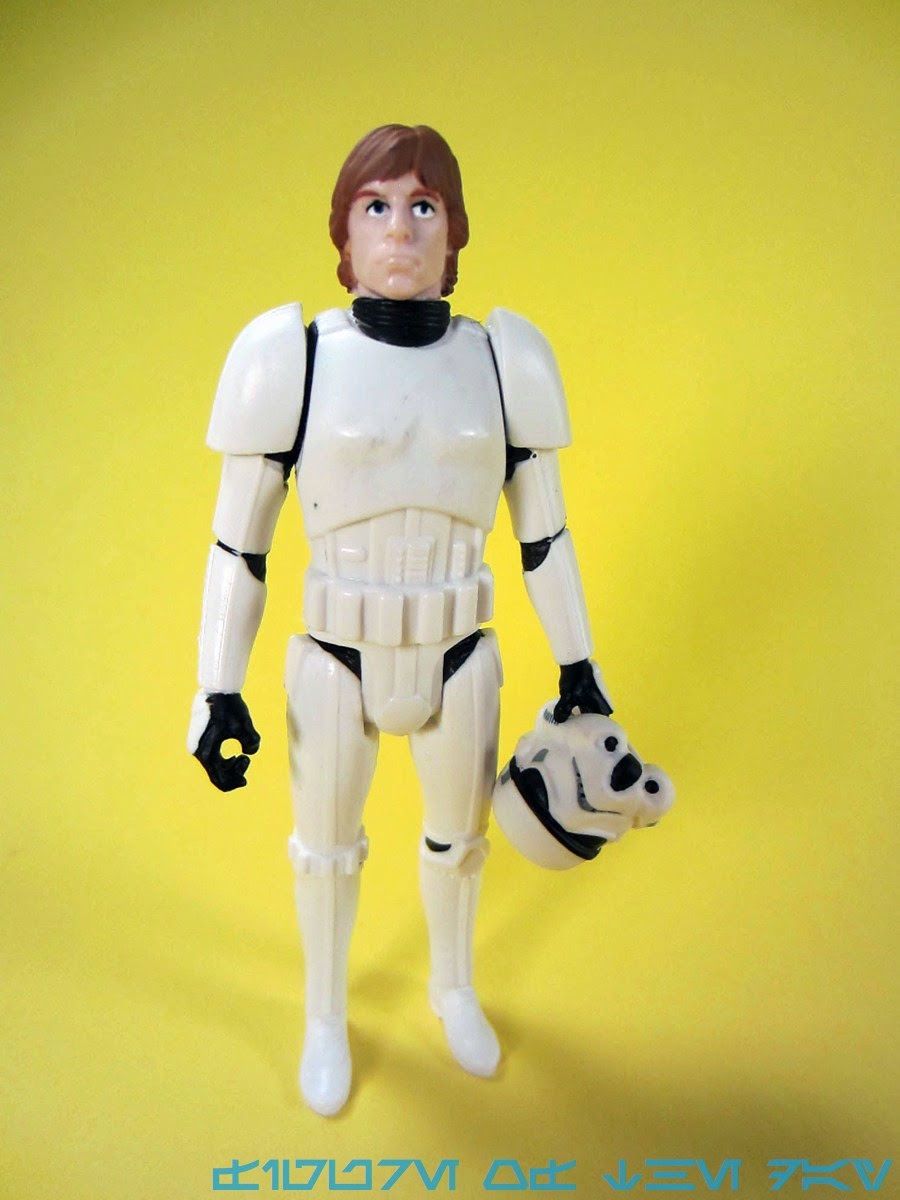 The head sculpt is on par with other recent Luke figures, with  hair that's a little too brown for my liking.  Luke also has the copyright information sculpted in his upper thigh, clearly visible when looking at the figure head-on or even in the package.  This is kind of sloppy.   His eyes look pretty good in person, but under the harsh lights of a digital camera's macro functionality things don't look quite as good.  Even when I squint, in person, he looks OK.  I blame technology.  He could still use a gun, maybe better hair color, and a better-fitting helmet, but at least the eyes look OK here in the basement.

Still, there's a novelty to getting yet another Stormtrooper and Luke in his disguise is a figure I'm always pleased to see, even if it isn't great.  (It isn't great.)   It's a fine sculpt overall, but the execution - specifically the too-tight helmet - places him at the bottom of the list for me.  It's a good display piece, and if you leave his helmet off it's perfectly good, it's just that accessory interaction is far weaker than it should be in 2015.  If it basically worked in 1984, in 1996, and every version since, it should really work here too - and an extra gun wouldn't have hurt them.

Collector's Notes: I got this from Entertainment Earth.  This set started appearing in stores late in March.   Interestingly, since they started making Luke in Mission Series and Saga Legends we've received updates of all of the 1970s and 1980s Lukes except the original farm Luke and, if you want to get technical, 1983 Jedi Knight Luke.

I really, really hope they get around to completing the vintage Lukes in this line. A farmboy Luke and Jabba's Palace Luke would be great!