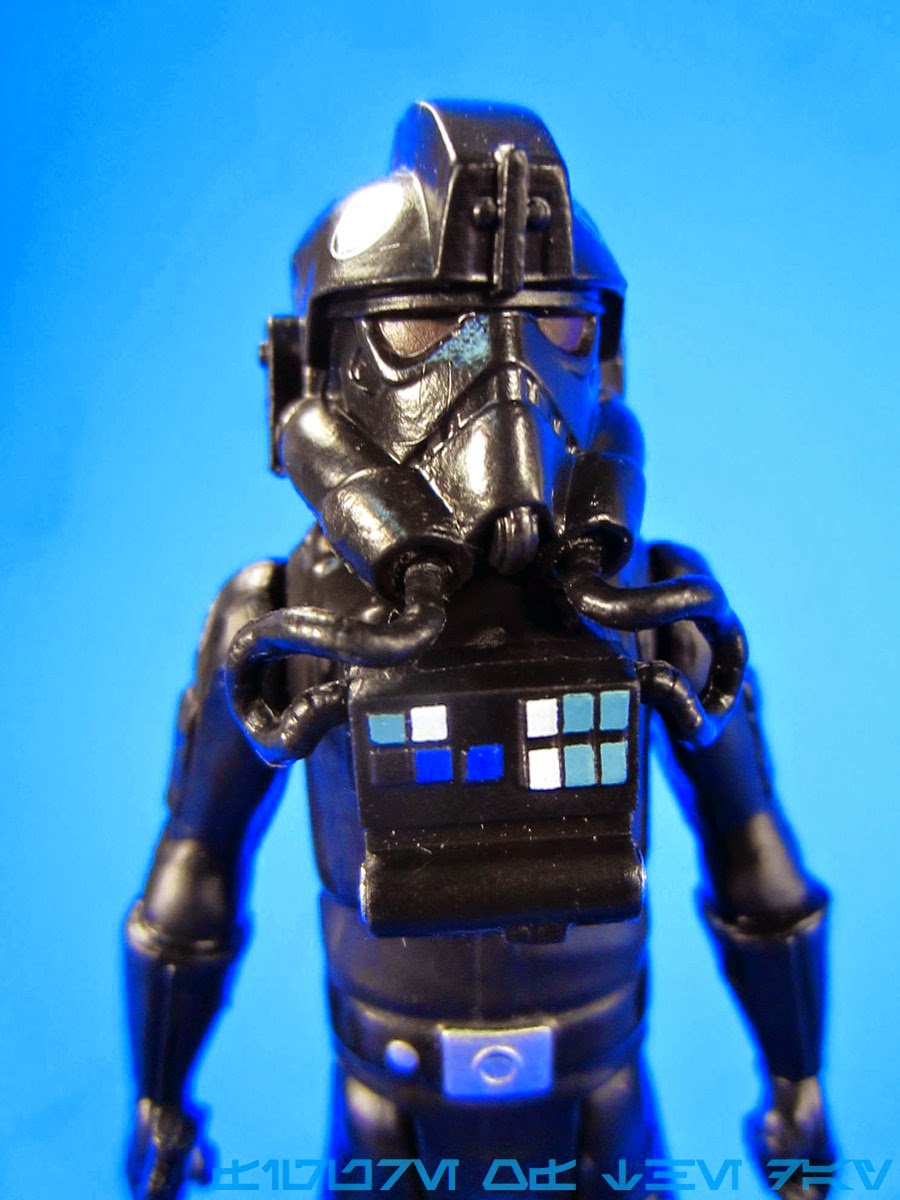 Bio: TIE pilots are specially trained to fly TIE starfighters in battle and on missions for the Empire. (Taken from the figure's packaging.)

Commentary: With no regular TIE Fighters on the market - and there have been none for a while - the TIE Pilot is a curious choice for this line.  I'm not complaining - it's a neat figure, but it's another one of those oddities. I  was really expecting newer, smaller, cheaper TIE Fighters to go with the pilot which is not only available on this single card, but also in a snazzy 2-pack with a Stormtrooper for ten bucks.  (Hasbro, this is a good idea.) 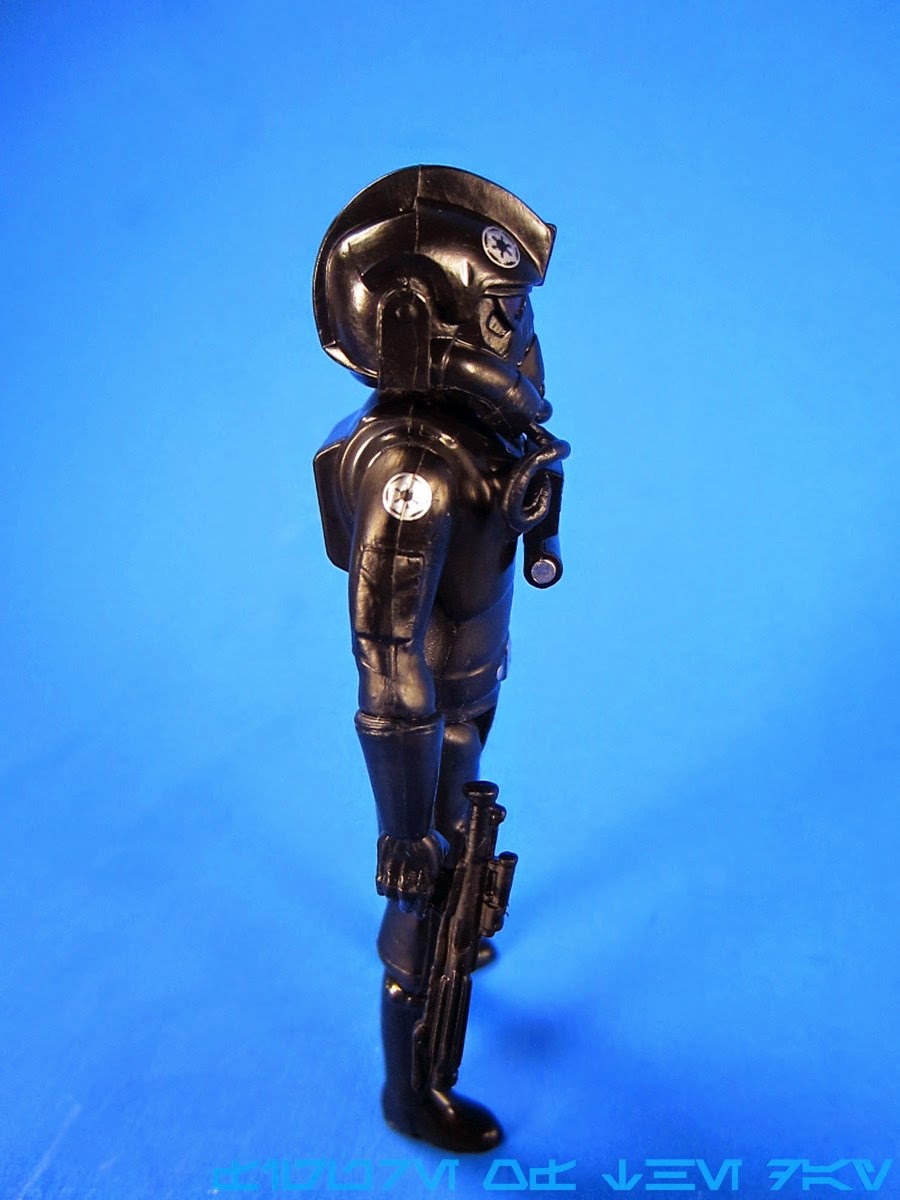 The figure is perfectly good, although the coloring might not be quite right.   The new pilot matches what we usually know about pilots - they're black, the suit is sparse, there are buttons, and there's a nice belt buckle.  The figure is a matte black with glossy gloves, boots, and helmet... but on the package, it looks like a grey flight suit.  There are definitely grey pilots on the show, but it looks like there might also be both - so I can't knock this figure for being "wrong" as it might be right.  I wish they picked another reference photo for the packaging, but such is life. 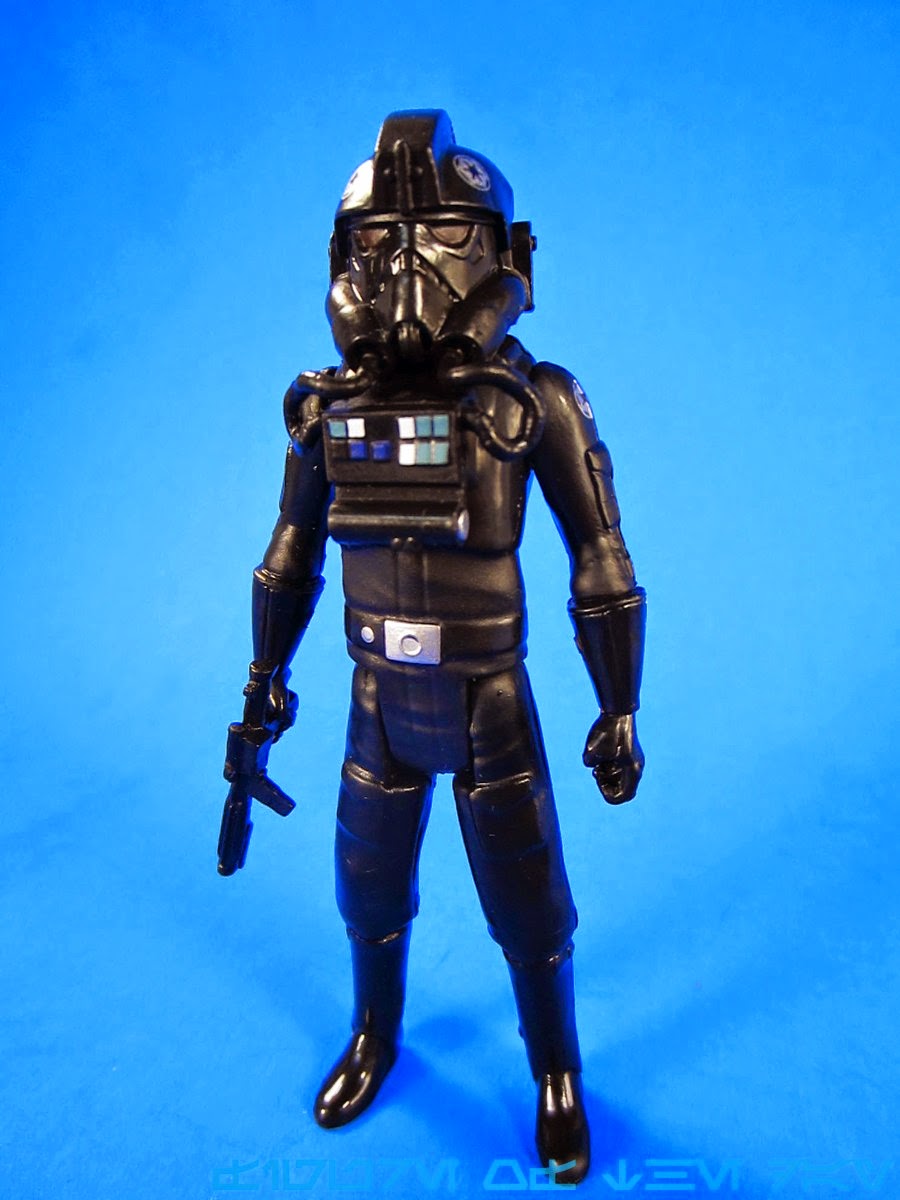 The sculpt is pretty good with an exaggerated helmet and the 5 joints you come to expect from these figures.  He has no problems standing or sitting in most vehicles - the lack of knees means he can't fit in any TIE Fighter with the retooled "ejector seat" cockpit, which I believe means the last TIE Fighter that can be used with this figure was released around 2007  or 2008.   That may as well be a lifetime ago, considering that the target market for toys (as toys) is boys ages 4-11 and today's 11 year old was born in 2004 and very likely wouldn't have had a crack at a TIE Fighter with the right kind of seat in his or her lifetime as a consumer. 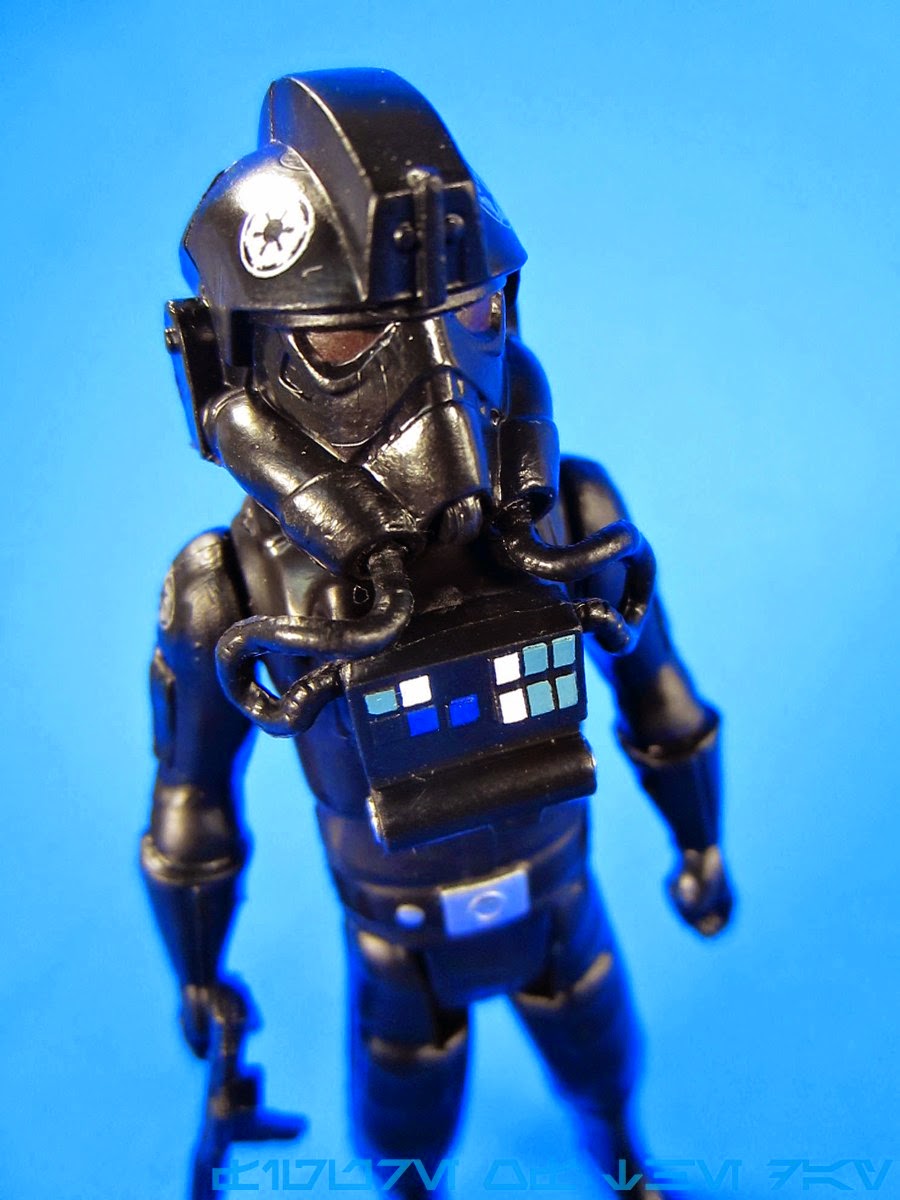 But I digress - the figure has Empire symbols on his helmet and shoulders, or at least I think it does.  The helmet looks like an Empire symbol when I zoom in and my eyes ain't that good.  The shoulders are tough to see so I'll give it the "good enough for $6" squint.  While I do admire and need a good attention to detail, I guess once I can't tell if a figure is right or wrong with my own eyes it doesn't matter.  Or I'm too old to be writing a column like this one.  Either way, the figure scratches that 1982 Kennery itch and continues a possible proud tradition of figures that aren't quite the right color.  At $20 that'd make me angry, but at $6 I find mistakes arguably more interesting and charming.  If he really should have had a grey suit, well, it's a fun curiosity rather than being yet another figure that turned out pretty well.   And even as an error it will look right to most fans, which at this price point is probably the most important thing Hasbro can do.

I thought these TIE Pilots were meant to fly the new TIE Advanced when the Inquisitor isn't using it...