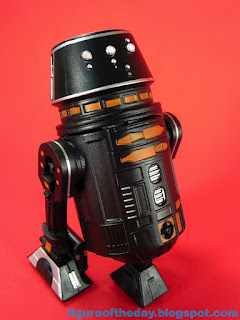 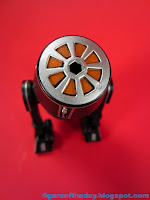 Commentary:  This figure is essential, because it isn't.   If you're like me you love the idea of the Empire having vast troves of troopers and droids you never got to see, and the R5-Series Astromech Droid plays up the idea of another "off-camera" droid.  It's basically R2-Q5's body with a new dome - and there are quite a few changes from previous black R5 droids, including the 2012 Disney one and R5-J2.   The bodies are all totally different, but the dome is notable in that he has very bright silver eyes, orange panels on his "neck" and on the top of his dome, plus a wild silver border on top of his head.  I don't see this much - OK, ever - and it'll be hidden by the hats.  It's cool, though, and it gives our plastic pal a much brighter disposition. 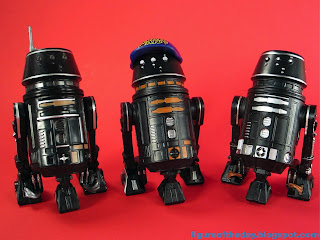 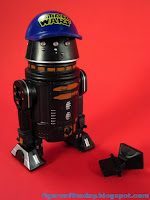 Because it's new enough - for droids, a new dome is enough to get me excited - I like this one.  There's really no reason to skip it unless you're experiencing droid rage.   It's different enough from previous models to be compelling, while also totally fitting in with the army you've built.  Get one, you're worth it.