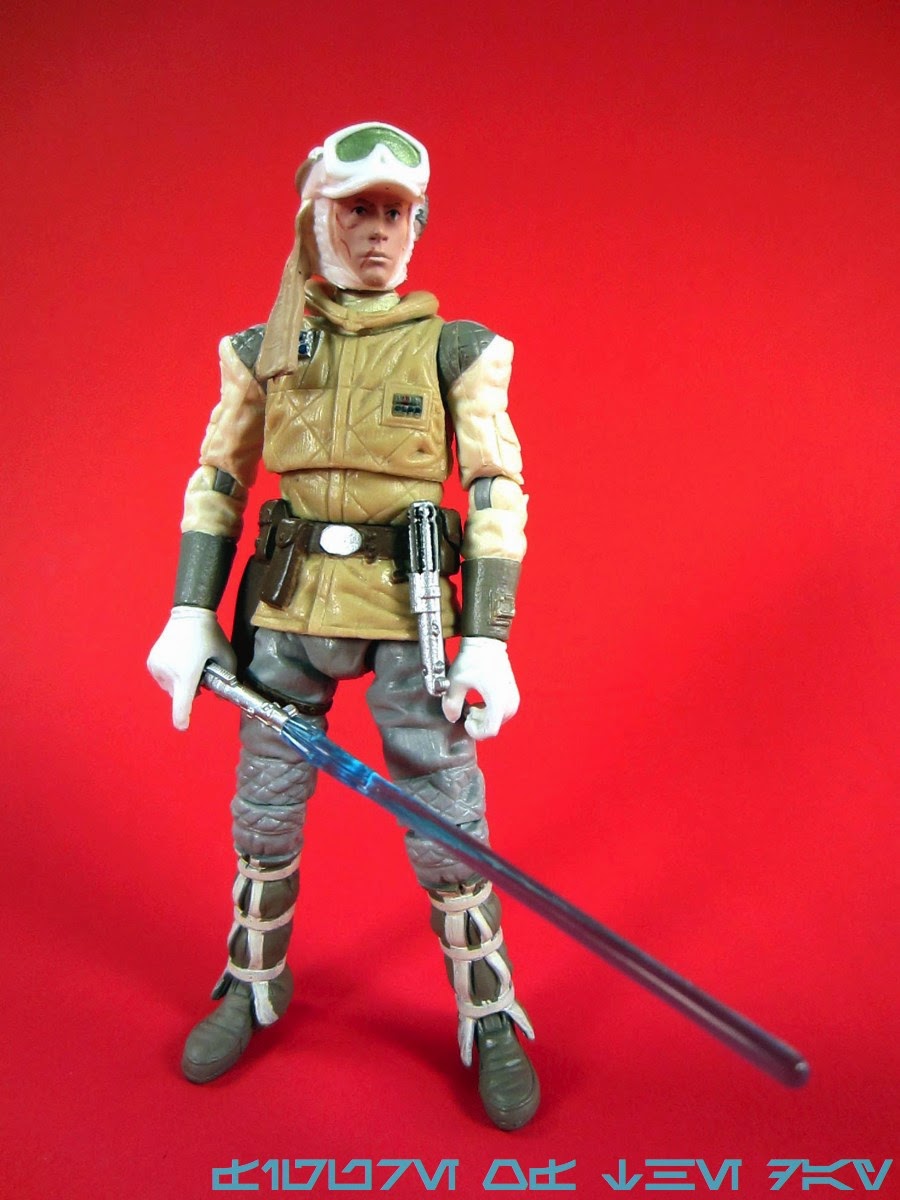 Bio: While on patrol on Hoth, Luke is attacked by a carnivorous Wampa that drags young Skywalker back to its icy lair. Although wounded, Luke is not ready to become the Wampa's next meal.  (Taken from the figure's packaging.)

Commentary: The second new figure in the newest batch of The Black Series is Luke Skywalker. The packaging makes no specific mention of outfit, but the bio indicates this is a post-Wampa-attack figure and... well, we've had a few.  Basically this is the Vintage 2012 Hoth Luke that was perfectly fine, with a new head and basically the same articulation - so Hasbro put new development dollars into packaging ($) and a new head ($$) to make a figure that we can loosely accept as new.  It's not bad at all - but it's one of those things where a droid repaint or even carrying forward another, more popular figure from recent years might have been a more exciting move.  After all, Darth Revan still has many fans. 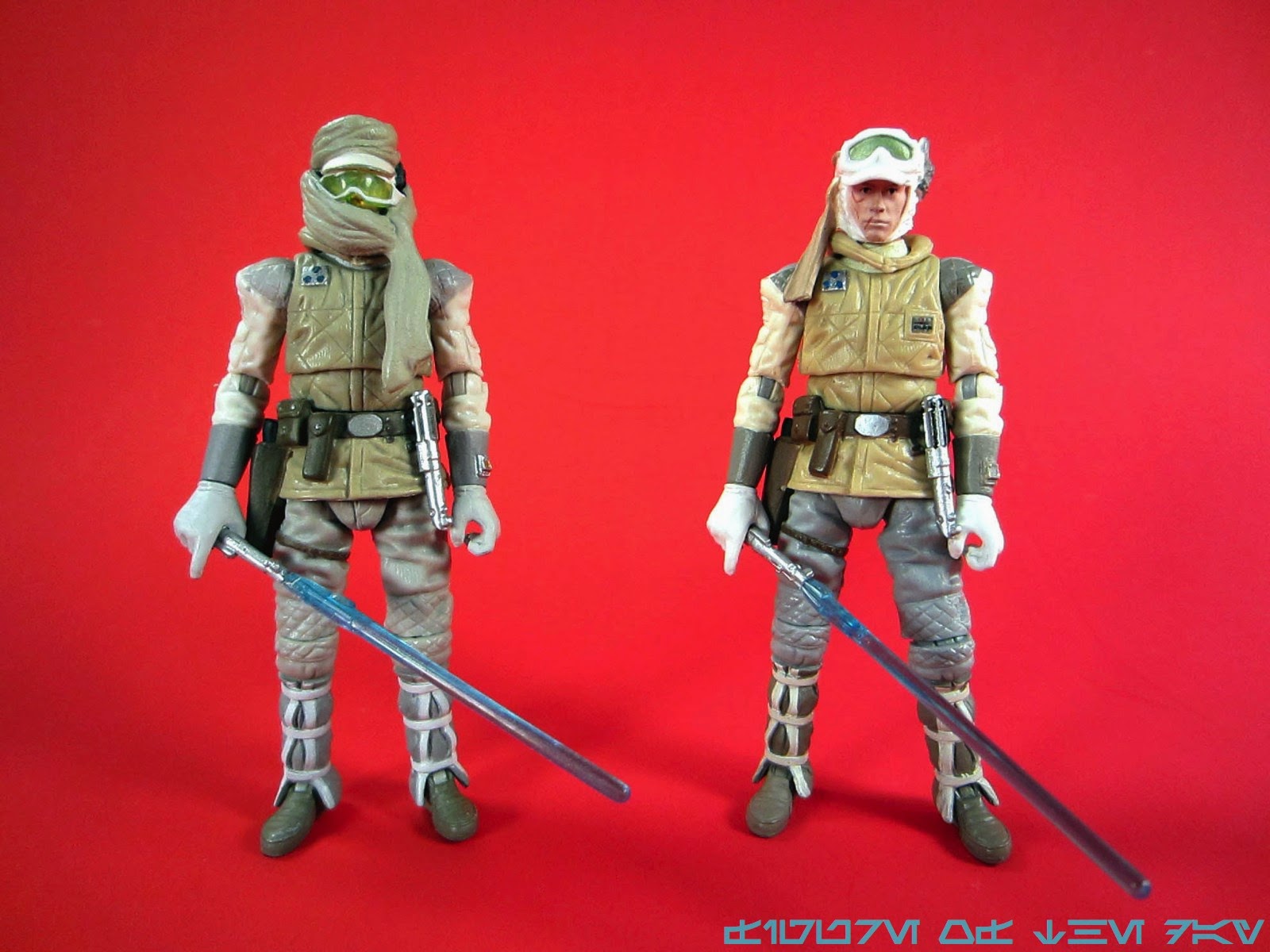 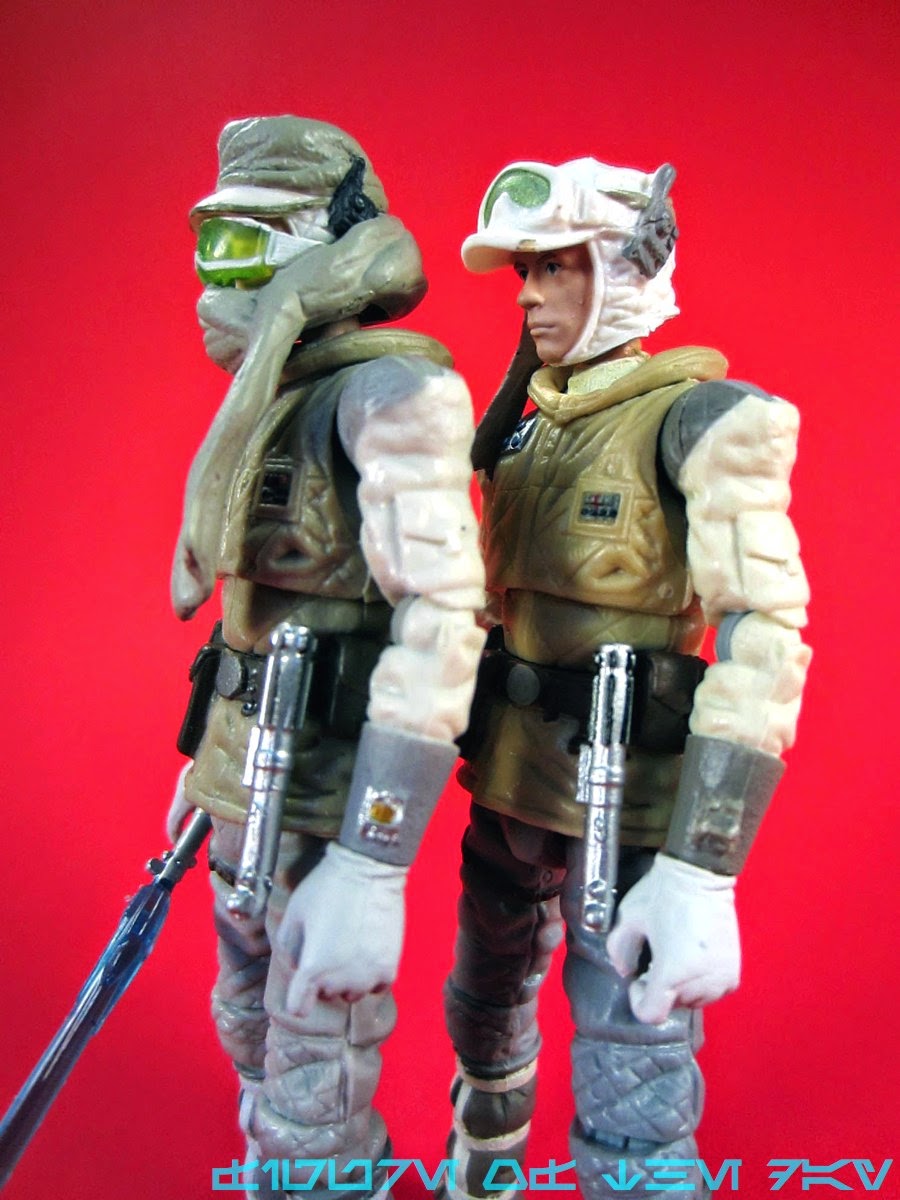 If you like what you see, it's well made.  If you are sitting there going "Don't I basically have that?" let me assure you that yes, you pretty much do.  You'll like this figure, it's just as good as it was when you bought it two years ago with an extra accessory on better packaging at a lower price.  He can sit on a Tauntaun fairly well, can stand adequately, but on my sample the torso is a little twisted and won't stand up straight. 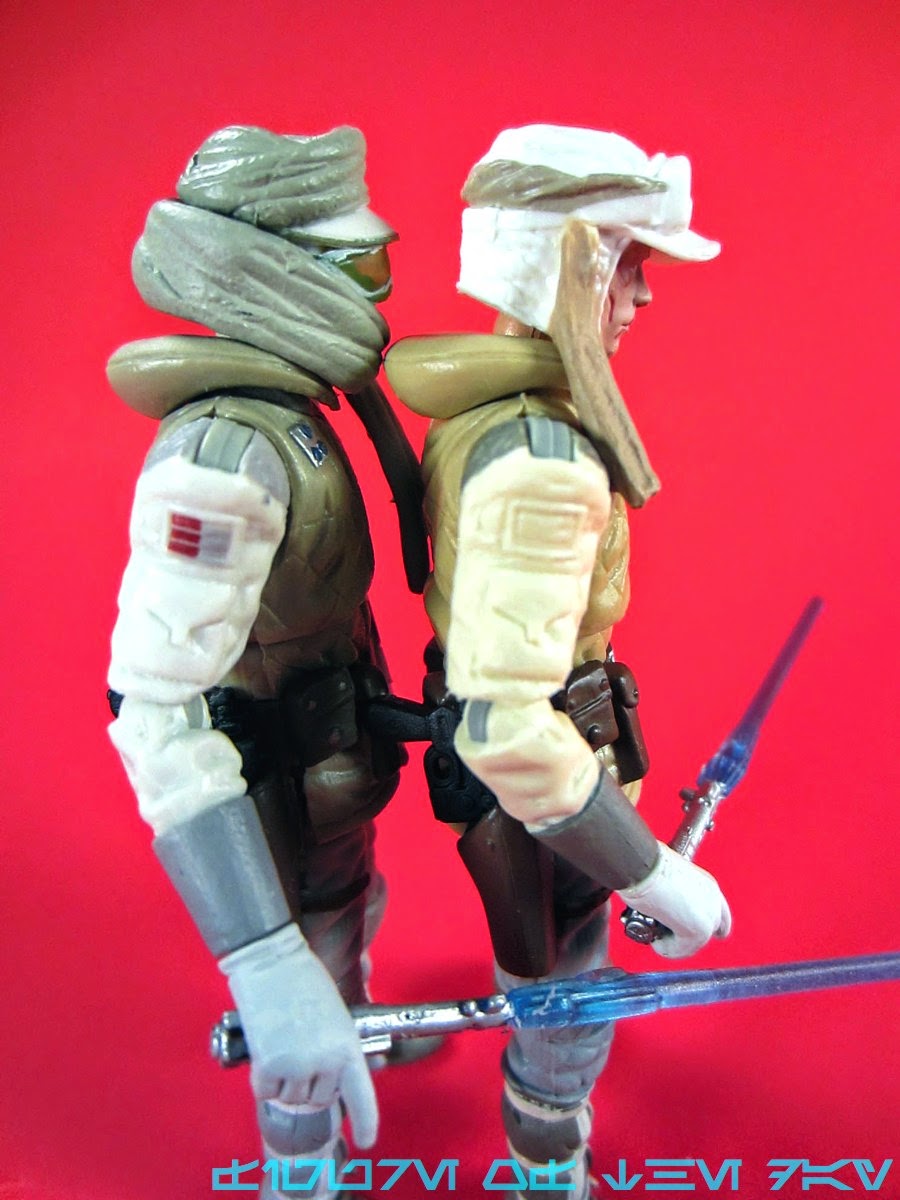 Also, the puffy collar piece isn't glued down, and this is starting to bother me - especially as I doubt there will be much alternate use for this spot with other figures.  Luke still has the same off-color elbow rings that are something of an eyesore, and this figure basically has all the same flaws and benefits of its predecessor minus a couple of paint applications, notably on the shoulder and wrist. 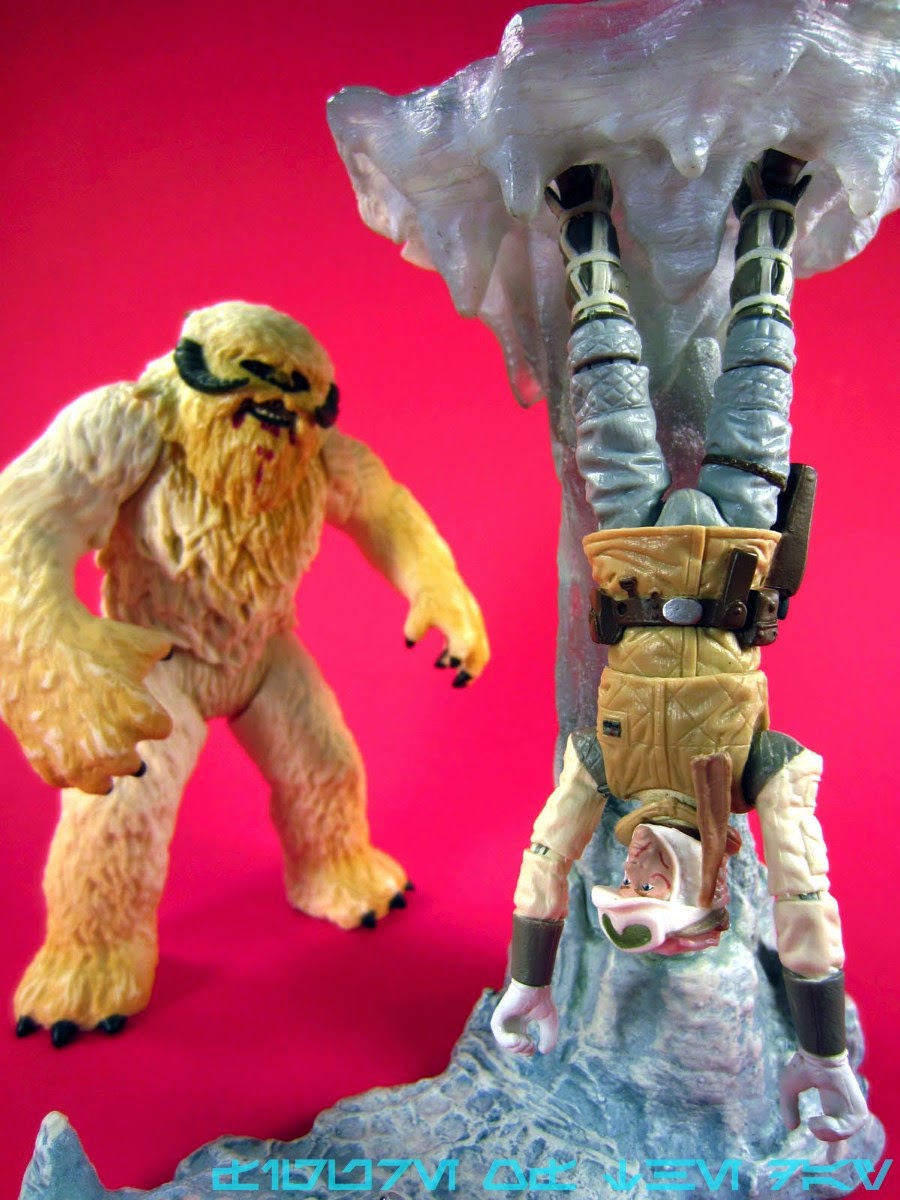 If you want to know if it's better or worse, it's about 8% worse - it's basically the same, except for the head and those couple of points of decoration.  The head is no better or worse, but if you want a scarf posed more like the Kenner Hoth Lukes this is a good one.  The 2003 one with the Wampa cave ceiling and articulated scarf is a better overall design (coloration aside) as far as play and display goes, but if your definition of a good figure is one you can sort of pose and will ultimately just stand around on a shelf after you open it, this is perfection incarnate.  Just don't look at his shoulder from the side. 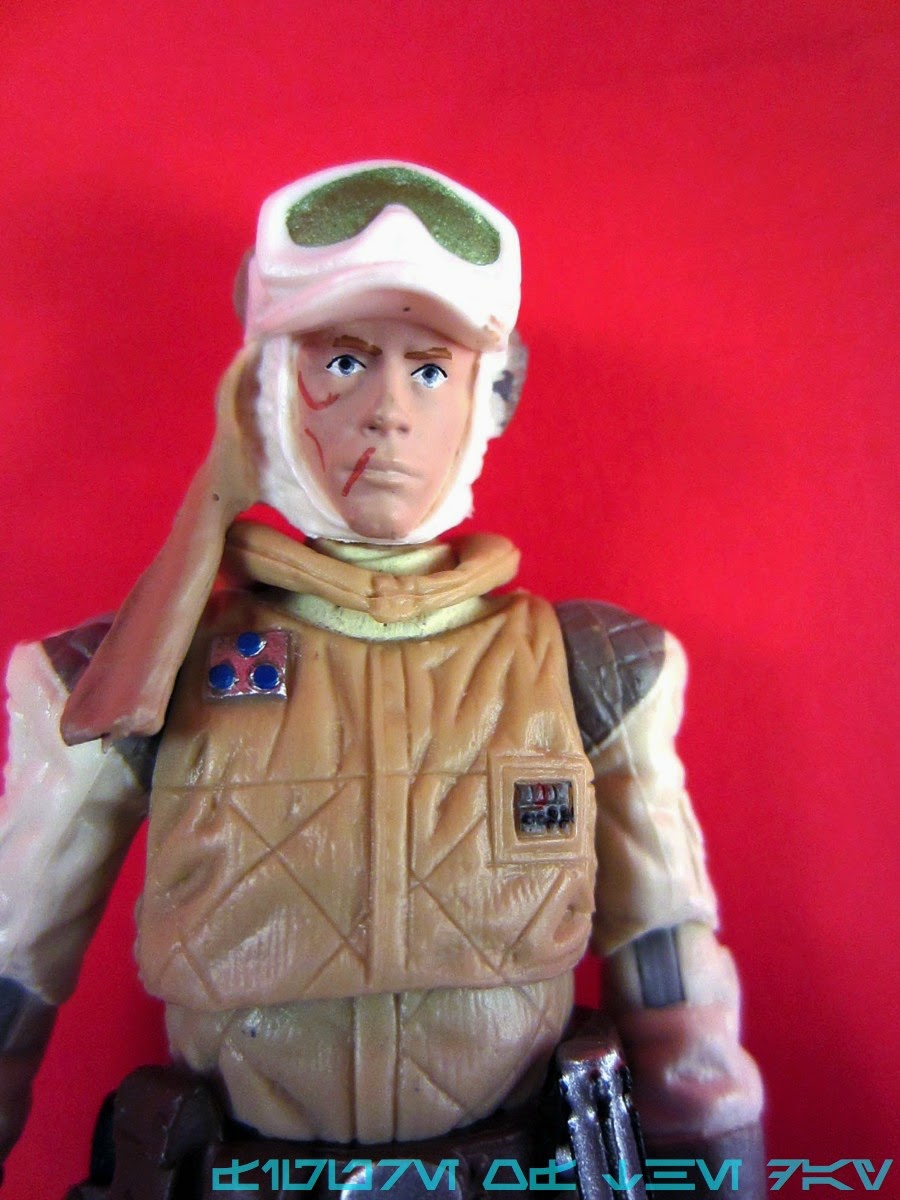 Some more blood, some snow on the boots, a little something would have made this figure a lot more exciting.  As it is, it's one you'll open and if you missed the Vintage one, you'll probably really love it.  If you needed another one for some reason, it's quite nice.  If you've got almost every figure Hasbro made, and you bought this one to keep your set complete, you'll probably just hate yourself a tiny bit more unless you had a specific reason for wanting this figure.  I suspect this one will probably go down as being the quintessential update to the 1982 Kenner original - which is good - but getting it so soon and in such a drag of a year as new 3 3/4-inch The Black Series goes, it's more than a little anticlimactic.

Collector's Notes: I got this from Entertainment Earth.  This wave is starting to show up at retail stores as of early November.

Email ThisBlogThis!Share to TwitterShare to FacebookShare to Pinterest
Labels: Luke Skywalker, Rebellion, The Black Series, The Empire Strikes Back