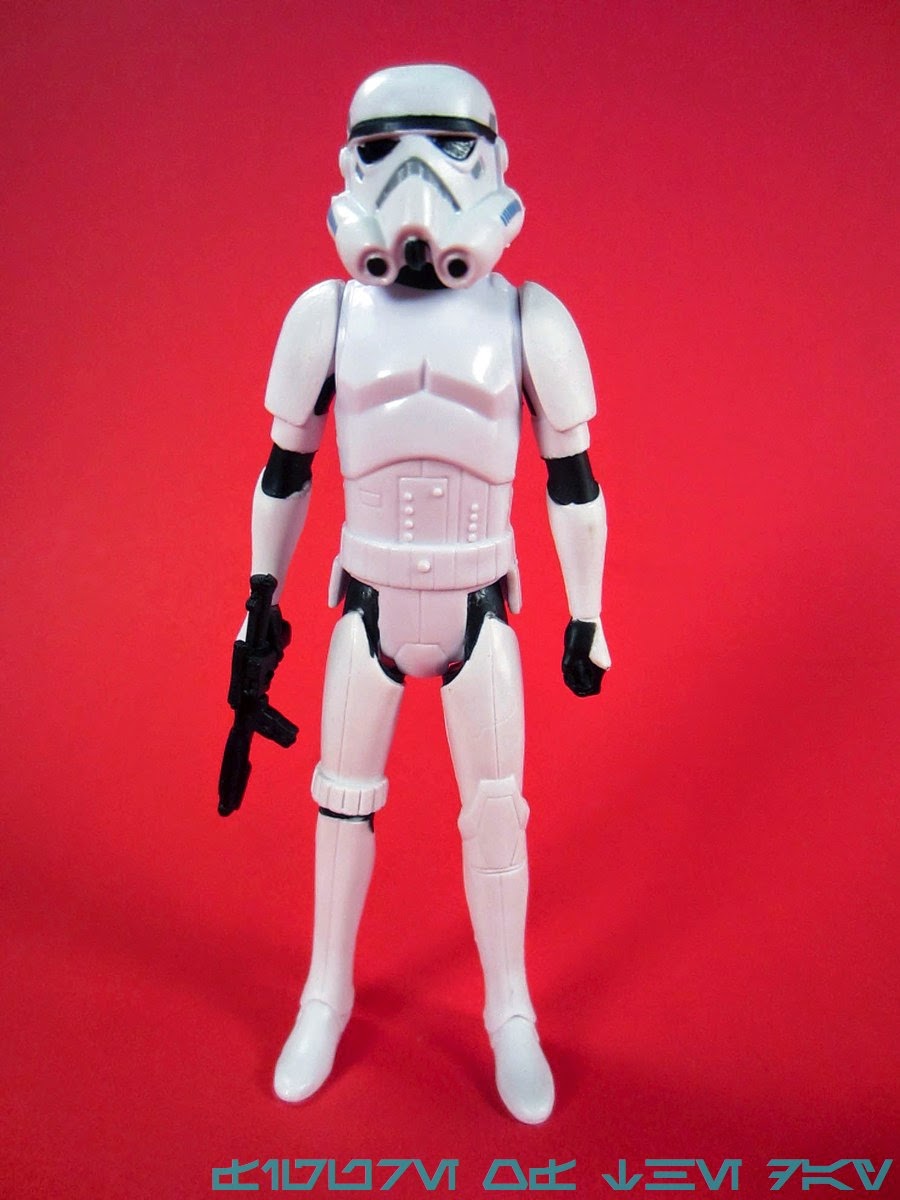 Bio: Garazeb "Zeb" Orrelios and the crew of the Ghost go on a rescue mission that entangles them with the Galactic Empire's Stormtroopers. (Taken from the figure's packaging.)

Commentary: Back in the early 1990s, my hope was that Star Wars would come back as action figure two-packs.  It just made sense - you could bundle a winner, say Darth Vader, with a harder-to-sell figure and presto - you've started a collection even if you didn't want to.  And here we are!   Hasbro is putting in Stormtrooper figures individually and with Zeb (like this sample) and Sabine Wren, and that's just good business.  Well, it's pretty good business - history tells us Ahsoka and female Jedi tend to sell well when marketed to kids, and while I personally would be delighted to pay $10 for one if it meant getting more Stormtroopers I wonder how little girls and some little boys will react to compulsory troop building.  It fits my needs, though, so I'm not going to complain.  I've got Imperial Troop Transports to fill out! 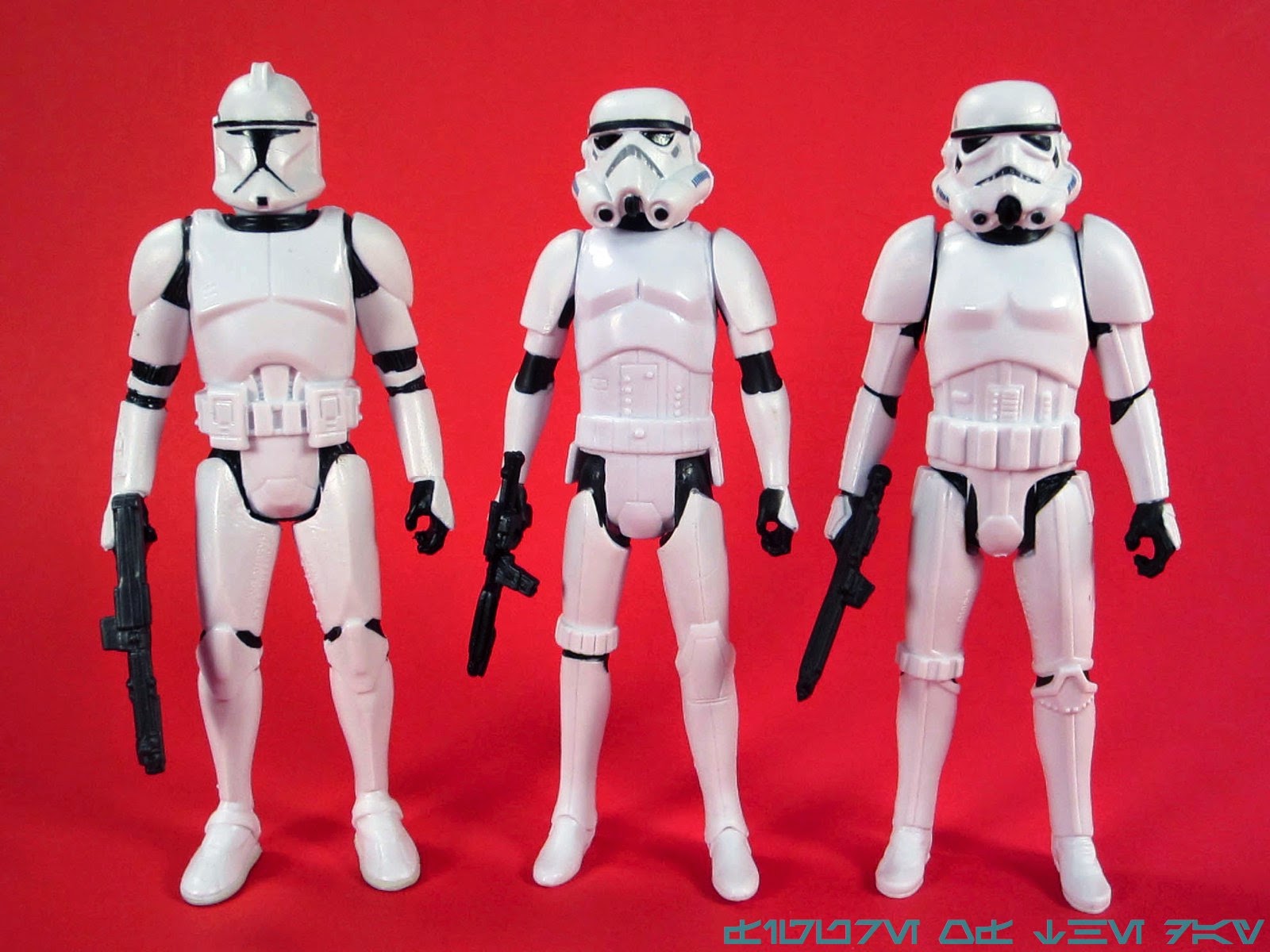 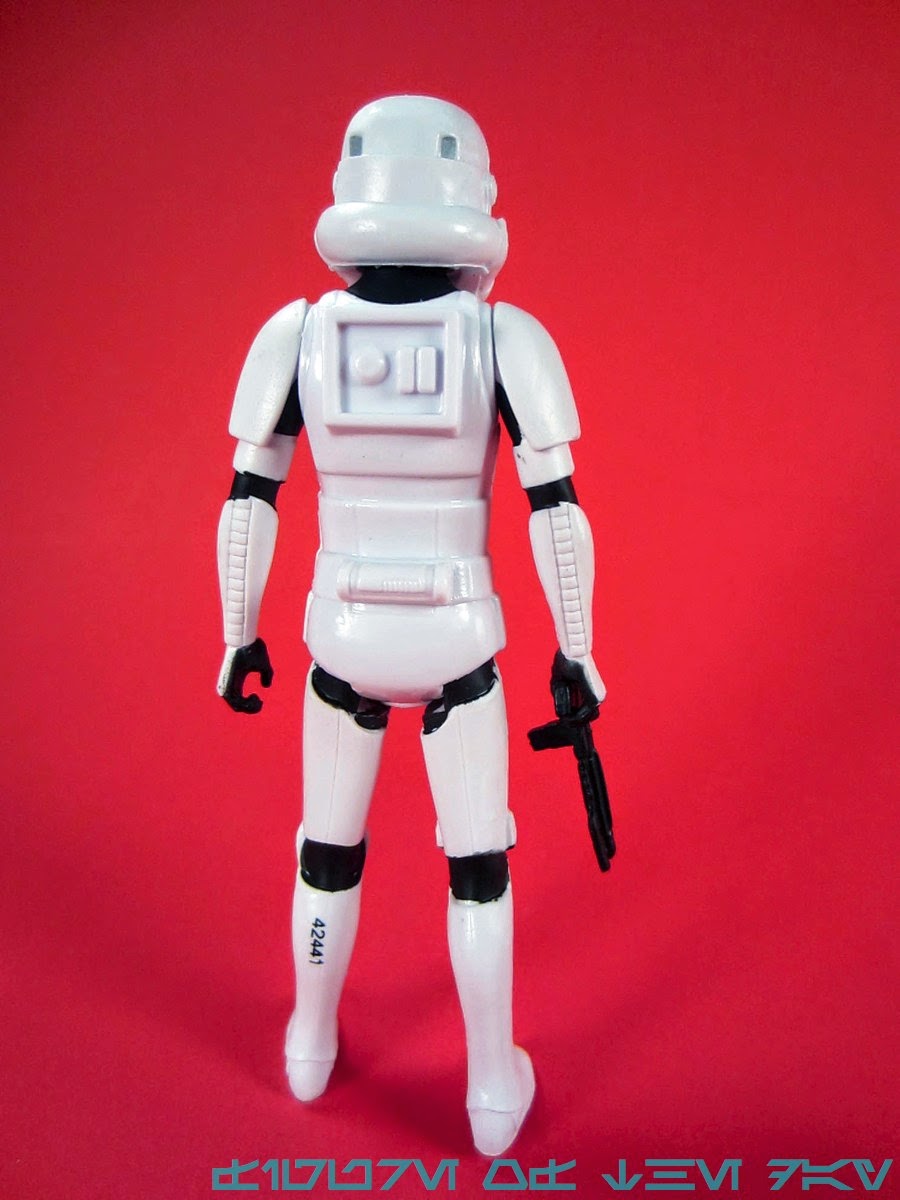 This Stormtrooper is fundamentally similar to the one from Saga Legends - 5 joints.  The neck, arms, and legs move and he's got a gun for his hand.  He'll fit in your AT-DP and stand without much of a problem.  His smile is stuck, he won't go back to your frownland.   He's figure is made up of white plastic, and the arms which don't quite match, and all my eye can see is that it might not be a big issue.  I suggest keeping him out of the sun and in a dark place, and depending on the lighting conditions you may not notice the problem as much.  On the normal light in my home office, he seems just fine.  Under the cruel lights of a photo studio, it's a little different.

He has more deco than I would expect, with grey on his mouth and a whole bunch of black.  He gets more paint than the Titan Series figure, but looks like he could be from the same digital sculpt, or at least comes very close.  I like the look and I plan to buy more - my goal is at least 6, but we'll see how that works out.  If they keep putting him in two-packs, I'm all set.  I like it, and much like Zeb it feels like a distant cousin of the Droids action figure line from the 1980s.  Also like Droids, I assume most of you won't be interested in it until the figures start getting expensive, but of Zeb and the trooper, the trooper is the bigger winner right now.  Which is good, because it seems for once Hasbro is interested in selling you a lot of Stormtroopers. 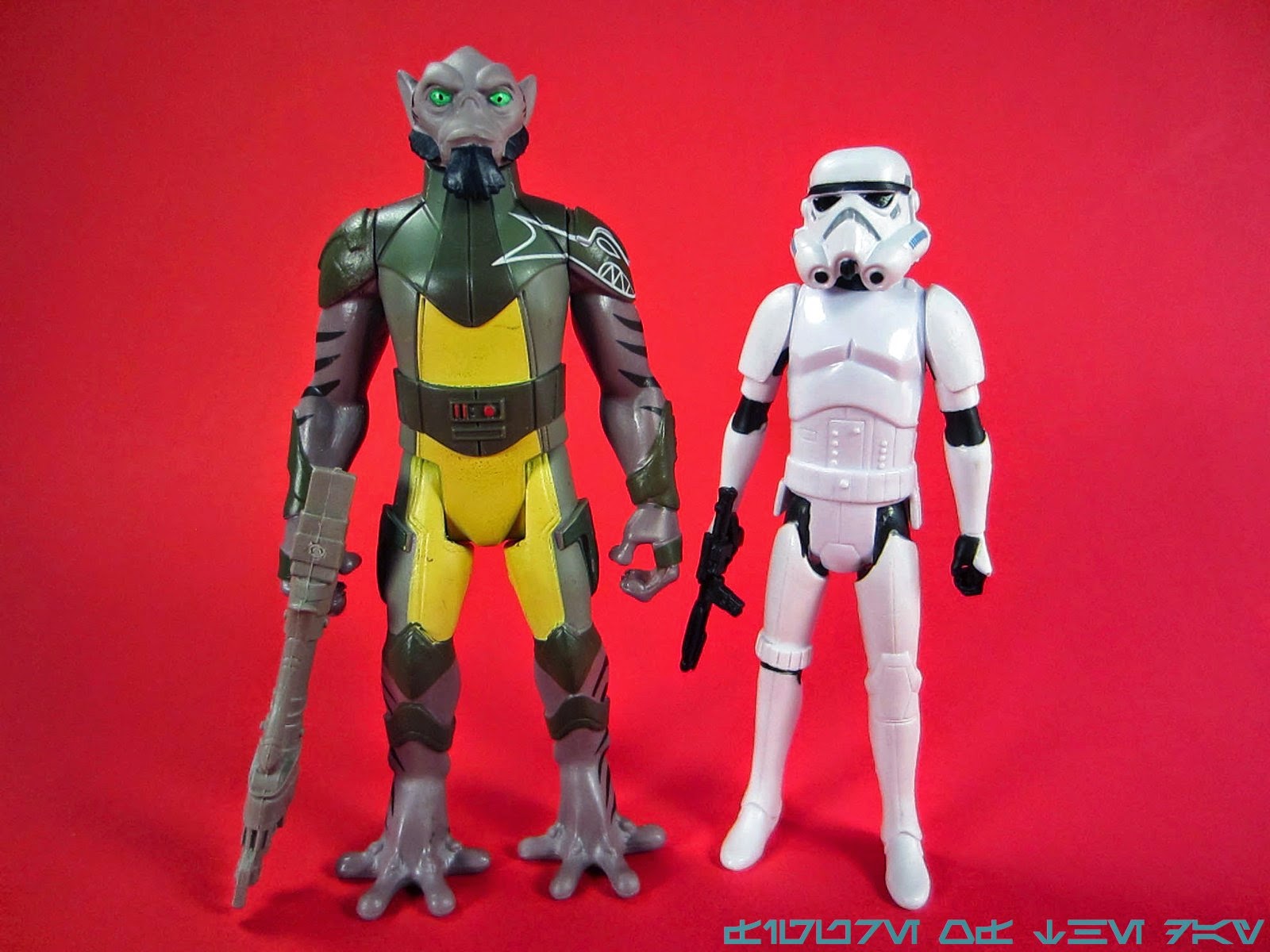 Collector's Notes: I got this from Entertainment Earth.  I have not seen these figures show up in stores yet.