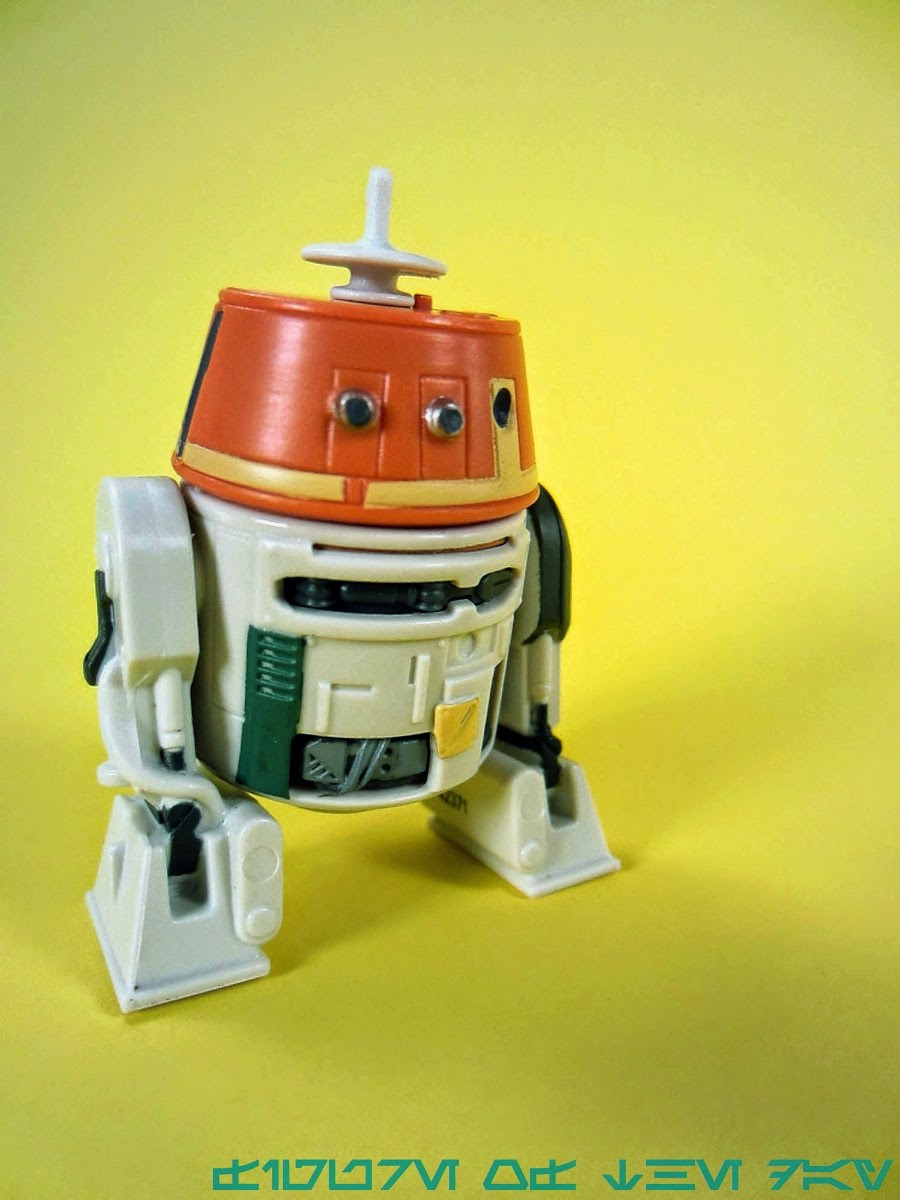 Bio: Chopper, otherwise known as C1-10P, is an Astromech Droid on board the Ghost freighter.  Chopper assists the freedom fighters at ship repair, navigation, and computer access. An older model Droid patched together with various parts, Chopper is often cranky and grumpy.  (Taken from the figure's packaging.)

Commentary: I assume you aren't reading this because you're trying to find one of your own.  Chopper is the second droid to carry the name, and the third action figure (don't forget the clone). He's a tiny little guy and the first (only?) C1 droid we've ever seen.  The figure looks pretty good, highlighting how this cheaper format works while also reminding us of what happens when a shortcut takes place.  The little fellow has three joints - the neck and arms - and that's it.  His bizarre shopping cart third wheel isn't included, nor are the arms that pop out the side of his head which were inspired by early McQuarrie R2-D2 concepts.  If you're gaga for robots, you need this. No question.

It feels more than a little cartoony - just like the rest of the line - thanks to his bright colors and lack of battle damage.  He's clean and largely undecorated - the left side of his body doesn't have the murky paint of the animation model, and some of the panel lines on the dome are left unpainted.  If anything, he looks like he might've been more at home in the Droids line, although I do seem to be saying that a little too much lately.  Since he has no accessories or figures, he's the biggest lightweight of the batch and his charm will be the main selling point. Granted, I was doing cartwheels once i saw the design just because he looks like some freakish cobbled-together Star Wars reject, which is sort of the exact kind of thing I'd like to buy.  On the cartoon, he's also an abusive little jerk - and how can you not love that? 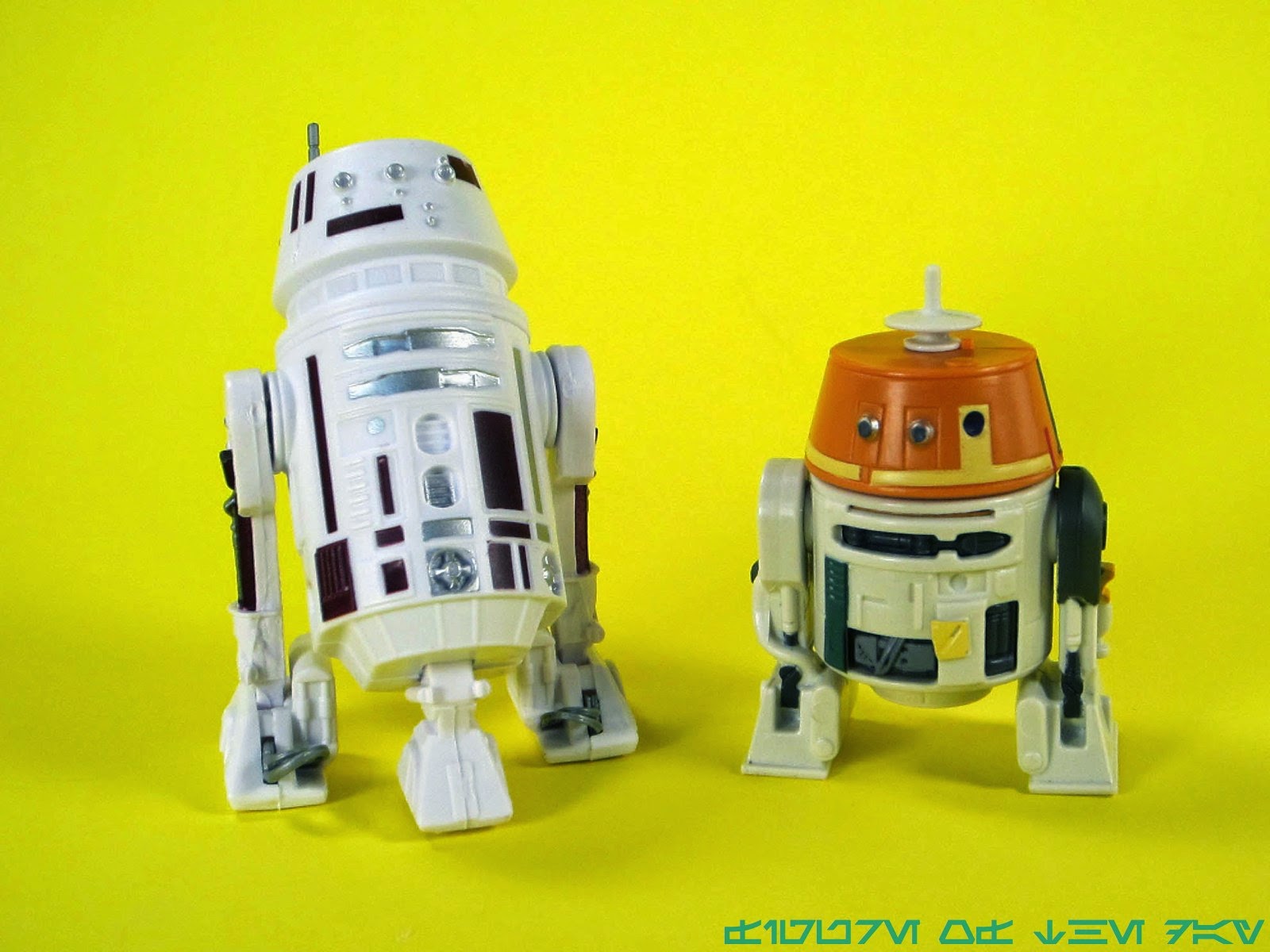 The bottoms of his feet have little faux treads and he has no problems standing.  He's too short to be of much use in most Astromech Droid sockets in vehicles, and he won't fit in the Jedi Turbo Speeder at all - but he'll fit in the Y-Wing, post-FX X-Wings, Starspeeder 1000, and many others.  He doesn't fit perfectly in the little compartment in the Phantom sadly, but he can still be stored in the cargo hold.

Chopper is hardly a perfect figure - like R2-D2, there are lots of gimmicks left out that could make for a compelling second bite at the apple or a deluxe figure down the road.  (Dare I say "Black Series"?)   This is, of course, assuming there will be a road to go down later - I don't have high hopes for the long-term success of Rebels as 3 3/4-inch action figures (if it tops 50, I'll be impressed) but that means you can probably afford to collect the whole thing.  Chopper is a pretty good place to start - if you were a kid in the 1980s, he's going to make you happy.  It's just a fun, cool little toy for six bucks - there's no gee-wiz here, so if you like what you see it's worth the asking price.  Let's be honest, we've all paid more for less.

Collector's Notes: I got this from Entertainment Earth.  This wave is starting to show up at Target, Toys R Us, and reportedly elsewhere.