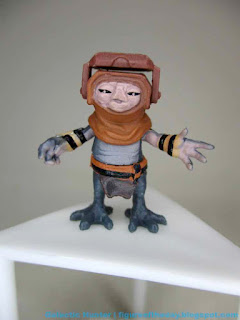 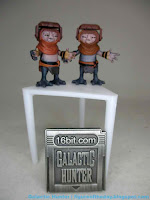 Commentary: This Babu Frik is barely different than Target's 2019 exclusive Babu Frik [FOTD #2,664], but this set says it's a unique figure so let's look at him again. The character lit up social media as a bright spot in The Rise of Skywalker, a movie that hasn't really found new audiences loving it just yet. Maybe it'll come down the road - but it got buried by The Mandalorian which deftly took the baton from the movies that brought us all to collect this stuff in the first place. I've not been able to revisit the movie since 2019. Maybe this will change. 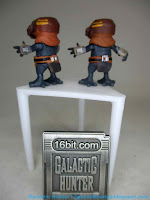 If you missed Babu Frik in late 2019, either The Black Series figure is good enough. At 1-inch tall, he remains one of the shortest figures in this larger-scale line with an articulated visor and ball-jointed arms. The wide toes keep the figure from falling over, and the sculpt is pretty good for something that's smaller than a cashew, with wrinkles on the skin and his hood.

Deco is similar, but not identical - the peachy belly and palms of his hands are much lighter this time, which actually does a lot to increase the visible definition of his hands. I appreciate that it lets me see more sculpted detail, and of the two, I would argue this one looks better. Having said that, either is just as good - at this size, unless you get in super close, you won't realize there's a difference. 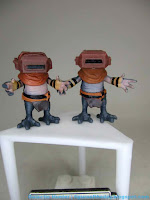 The Target release with C-3PO can still be had fairly cheaply, so if you just want this character either version offers incentives to make it the version you should buy. It's unusual that an accessory is more interesting than the figure you're paying for, but it happens, and it clicks sometimes. I wouldn't recommend him unless you missed the previous release and want to spend $75 on other robots. It's good, but - at best - this is $2-$3 worth of action figure here. Imaginext figures are $3 and do more for $3, and if this figure falls behind on a shelf you'll probably never see him again.