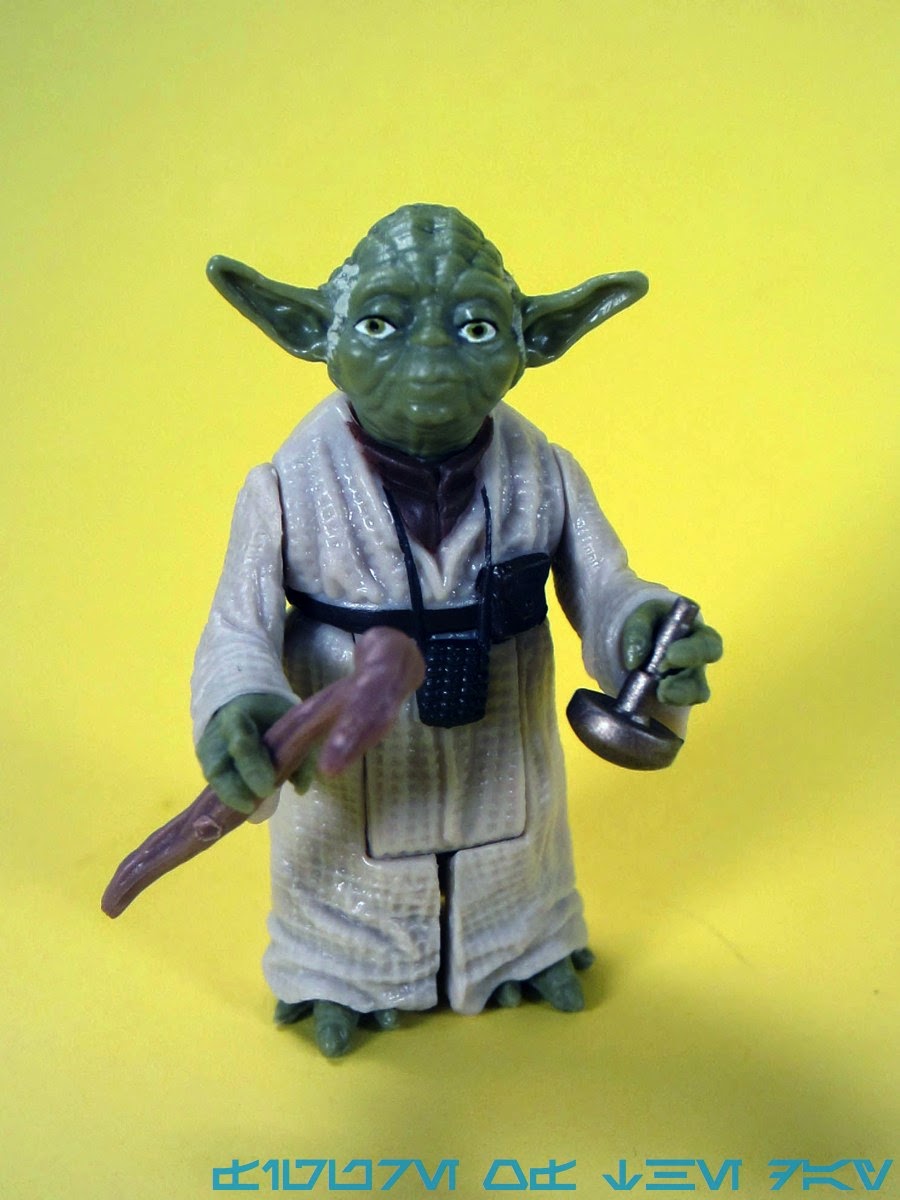 Bio: R2-D2 encounters the mysterious Yoda on the planet Dagobah. (Taken from the figure's packaging.)

Commentary: Popularity trumps necessity these days, which is why we're getting another Yoda.  We're getting close to one a year, at least, because it's one of those characters that Hasbro really needs to keep in circulation in some form or another.  Interestingly, Hasbro seemed to struggle with Yoda from The Empire Strikes Back since the 1990s, particularly with the higher-end figures.  The vintage ones and last year's 3 3/4-inch The Black Series release struggle with spindly limbs where the articulation prevents the figure from holding together well, plus bulky cloth elements made it hard to play with.  This one just plain works.  It's not fancy, but the set is a pretty decent deal. 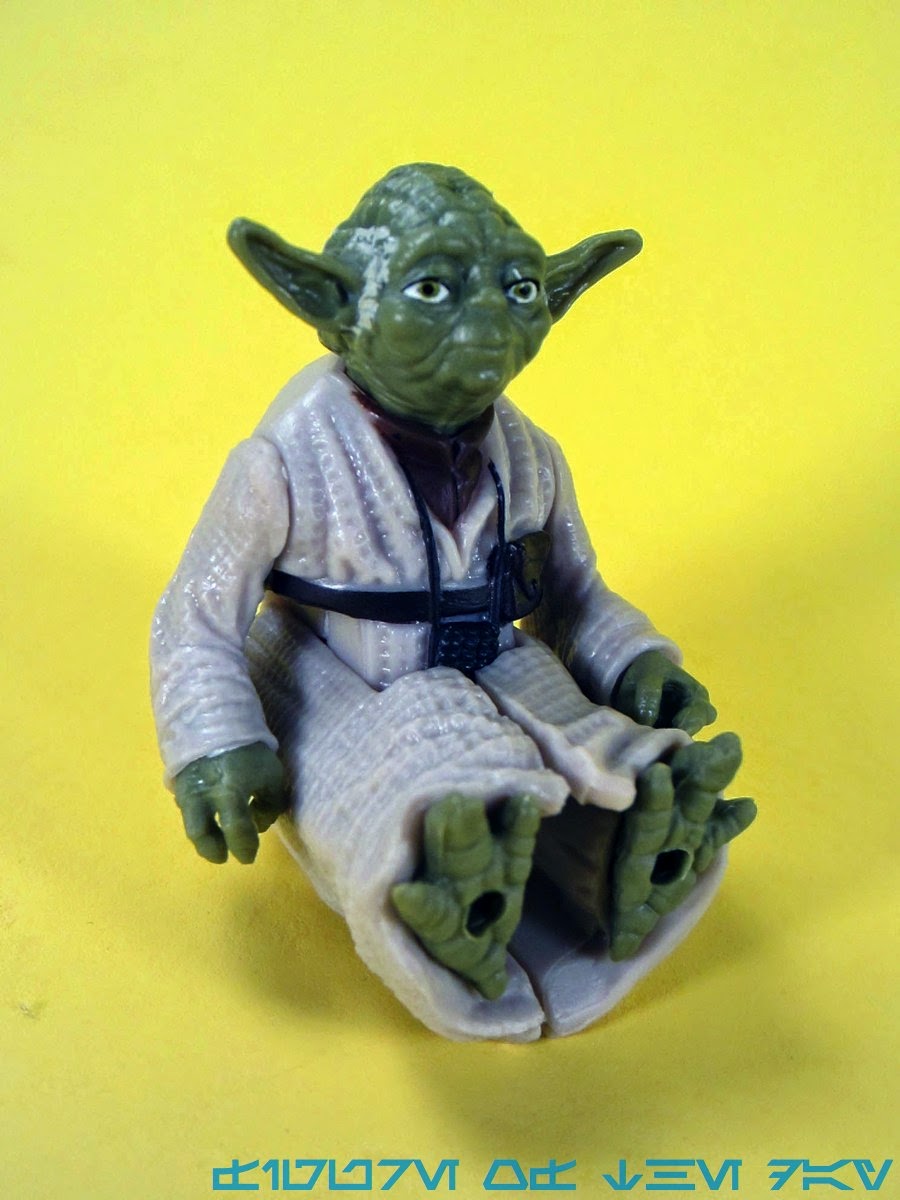 This is a figure where Hasbro seems to have taken their time to do a great job.   The texture on Yoda's clock is rich and exaggerated, giving the plastic a cloth-like feel that we very rarely see.  The last time we saw an all-plastic Yoda from The Empire Strikes Back was 2004, and that figure managed to benefit from a lot of paint to dirty up the costume.  This one is virtually unpainted - it looks like a toy, complete with his belt pouch just a little too high on his torso.  This is for his leg clearance - he has no problems standing or sitting, and if you were one of the 7 people who bought a Yoda's Jedi Starfighter in 2013  you'll be interested in knowing he actually doesn't fit thanks to the shape of his head. 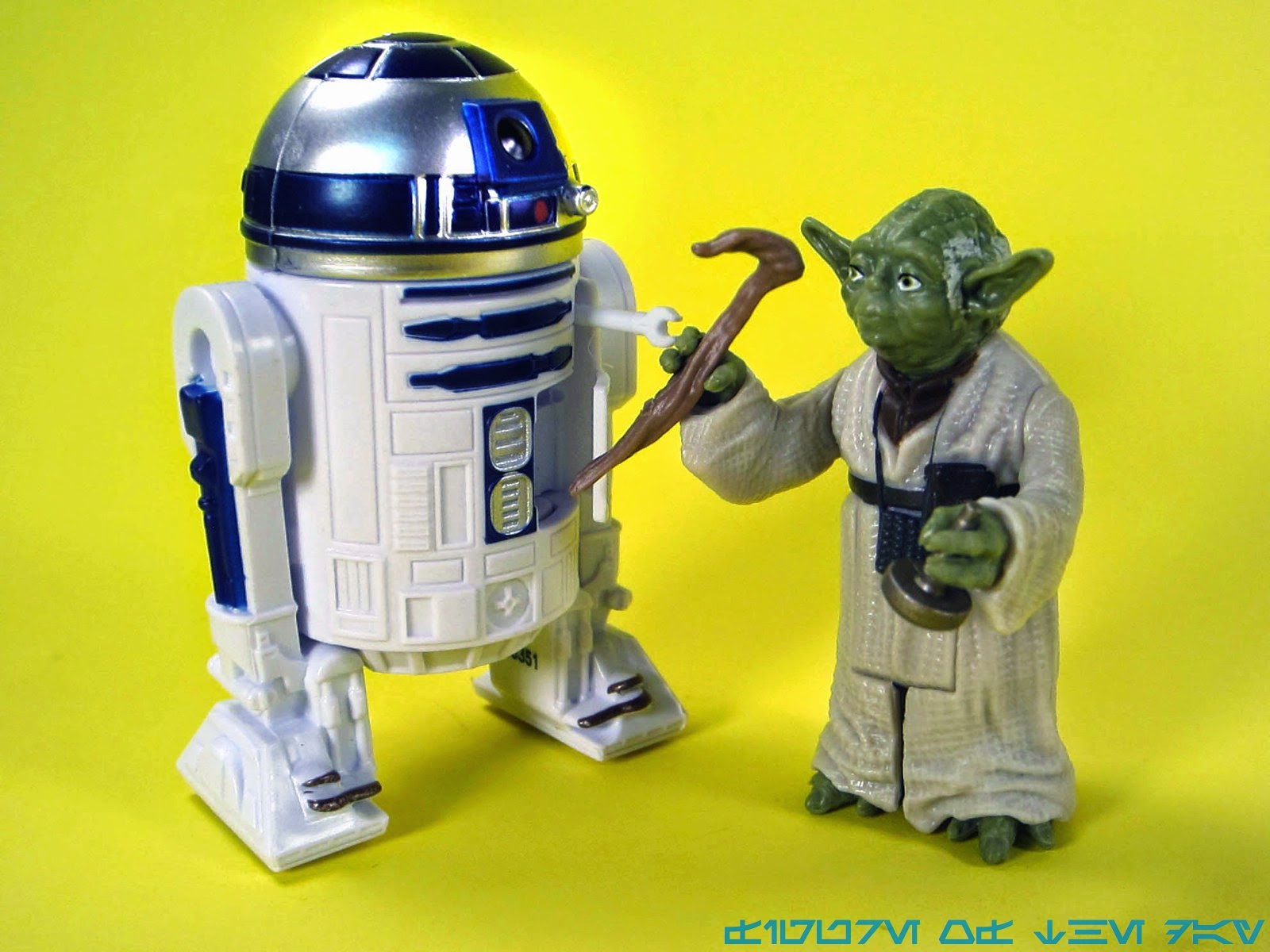 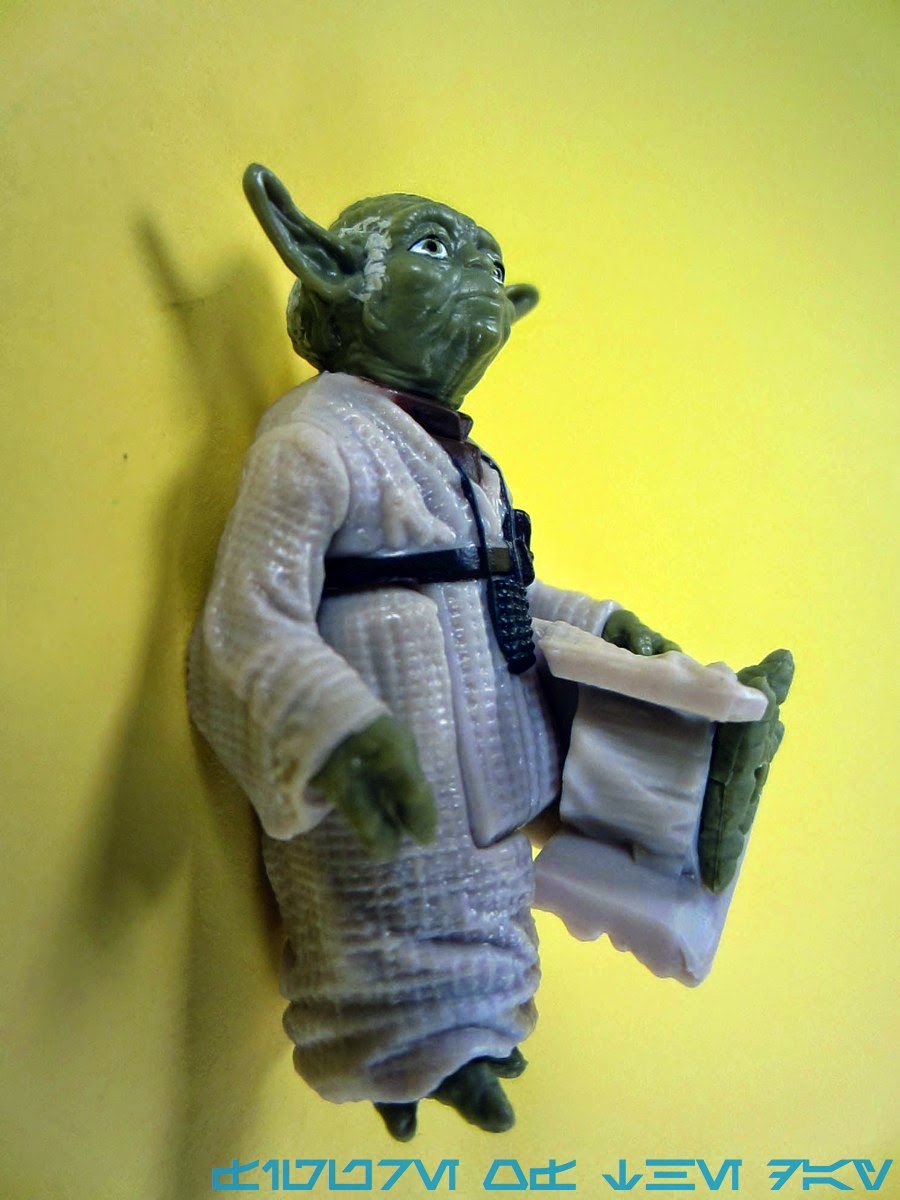 I like this figure - the head sculpt is good and the paint is pretty clean overall.  He has no problem holding his accessories and is probably one of very few figures in this new, simplified line to improve on the articulation levels of his 1990s counterparts.  Yoda has two legs rather than one, and inside you can see that Yoda's pants are sculpted wrapped around each leg.  It's not as interesting as the pants and boots on other figures, but hey, it's Yoda.   This set makes me wish there was a better modern Hasbro Dagobah playset, but such is life - it's nice, I like it, and for the price I think you'll get your money's worth.