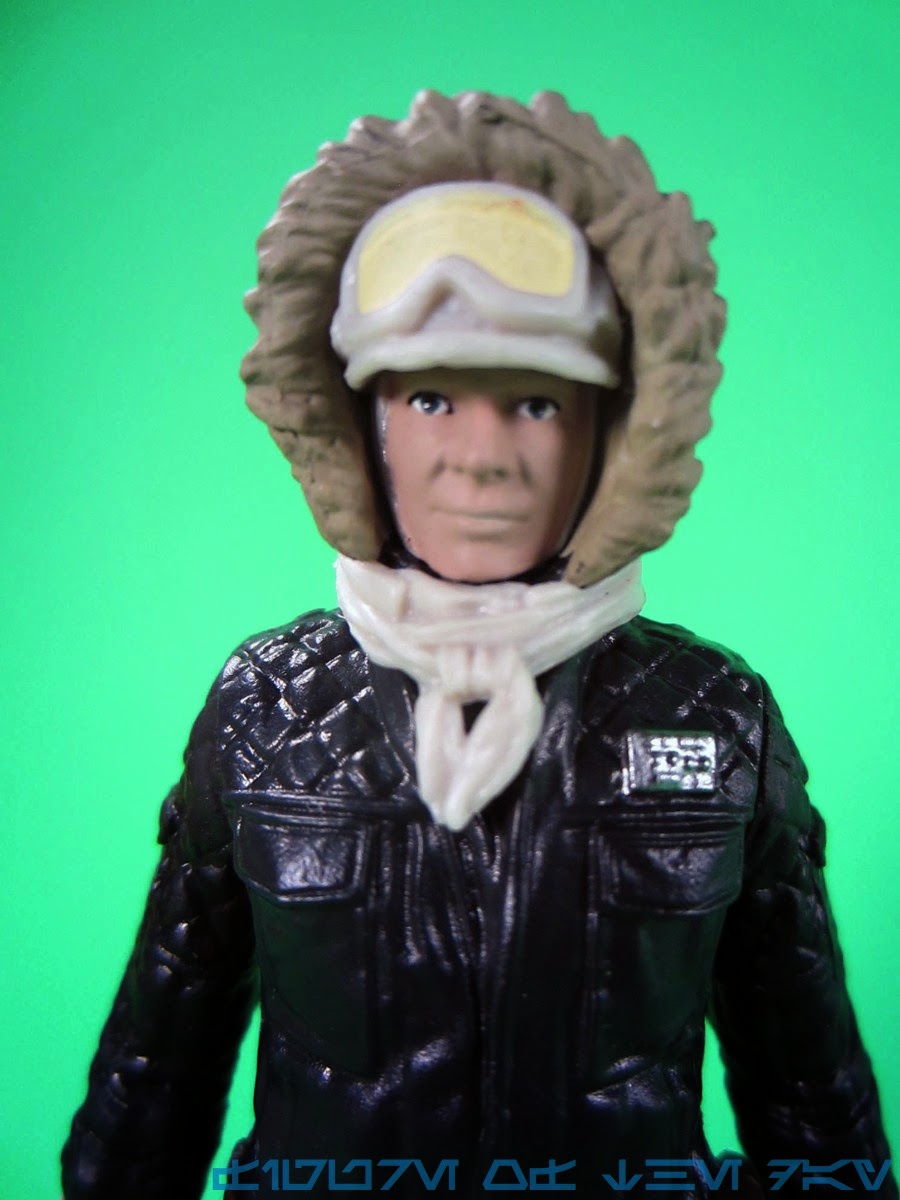 Commentary: Get this set.  I can't imagine whey they didn't single-card these two, as Hoth Han Solo is pretty fantastic.  In terms of sculpt and deco, it's very similar to the 6-inch figure we just looked at last week - it just lacks a few key details, a little silver and some markings on the gloves.  Oh, and there's only five joints and no removable parts, but other than that?   Basically the same look and feel. 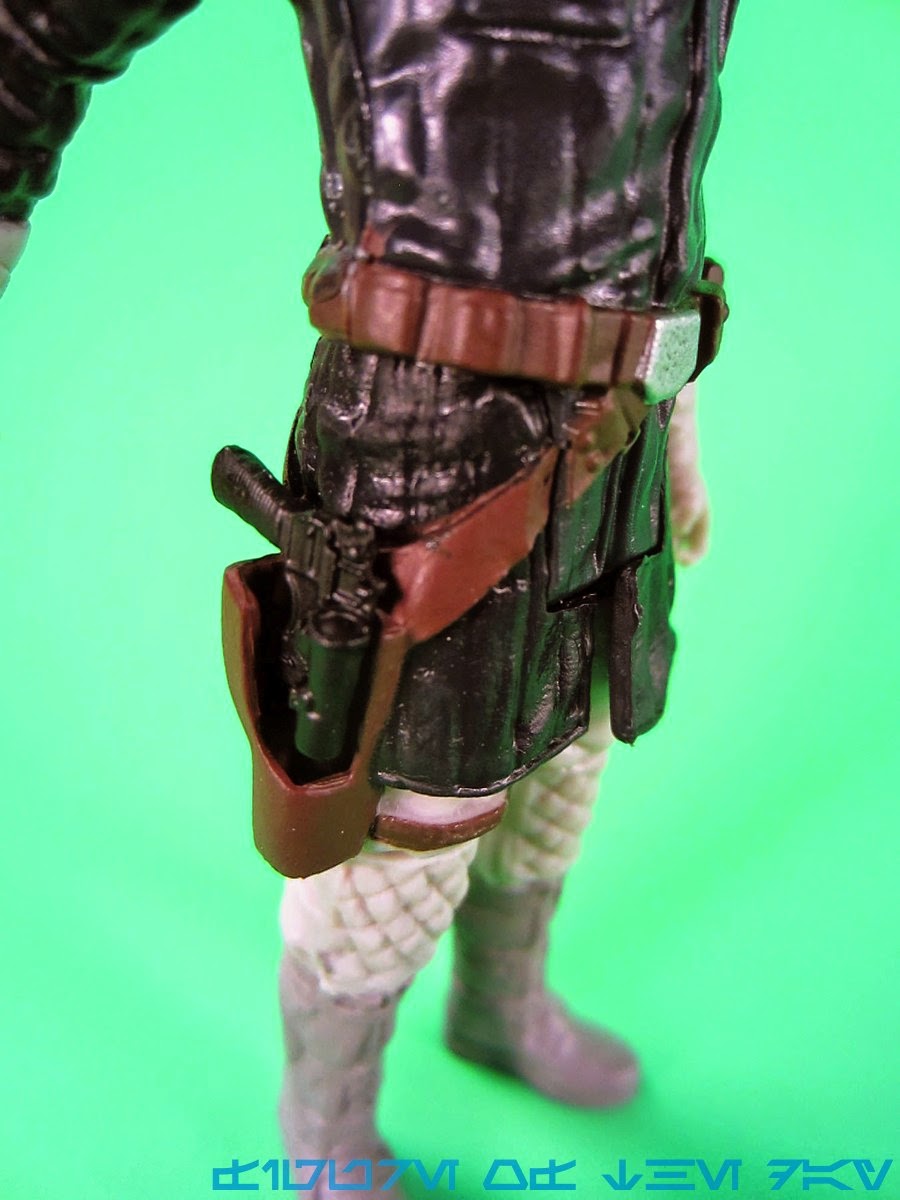 For you old farts, this figure is the real deal.  The jacket is more of a brownish color, but the sculpt is pure 1980.  Han's goggles are on his head, his arms are straight, and he looks like he needs a new Tauntaun with a trap door.  This is exactly what I pictured the future of Star Wars figures to be in the early 1990s.  And you might be saying "Adam, you really thought that the action figures of the future would have slightly better paint and significantly better sculpting?"  Well, pretty much yeah. 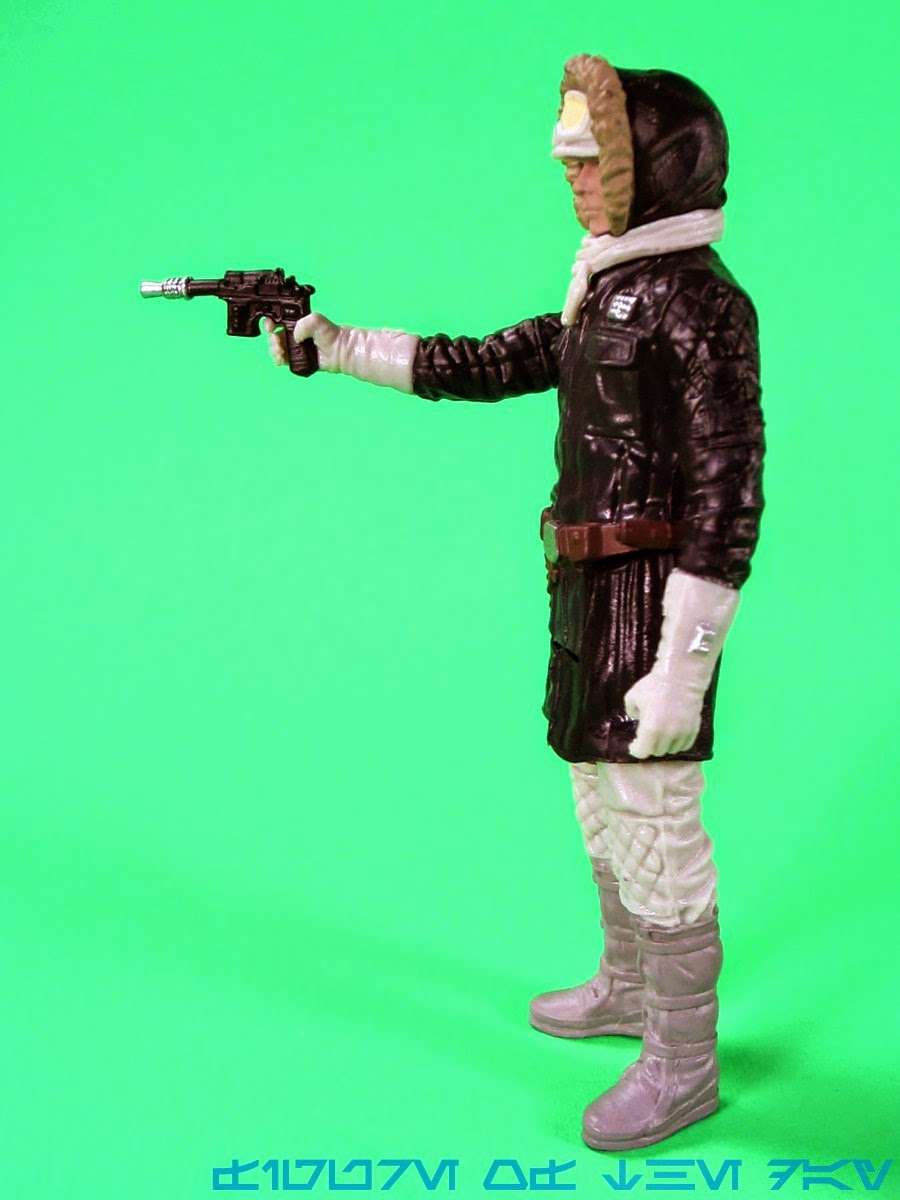 I was originally expecting Star Trek-style 4 1/2-inch figures for five bucks, but clearly Kenner didn't want to go that route - so when I heard 3 3/4-inch, this is more or less what I figure we'd get.  The figure holds his gun just fine, and he can hold Luke's lightsaber.  The silver barrel on his gun is a real surprise, but the lack of painted straps on his boots is not. 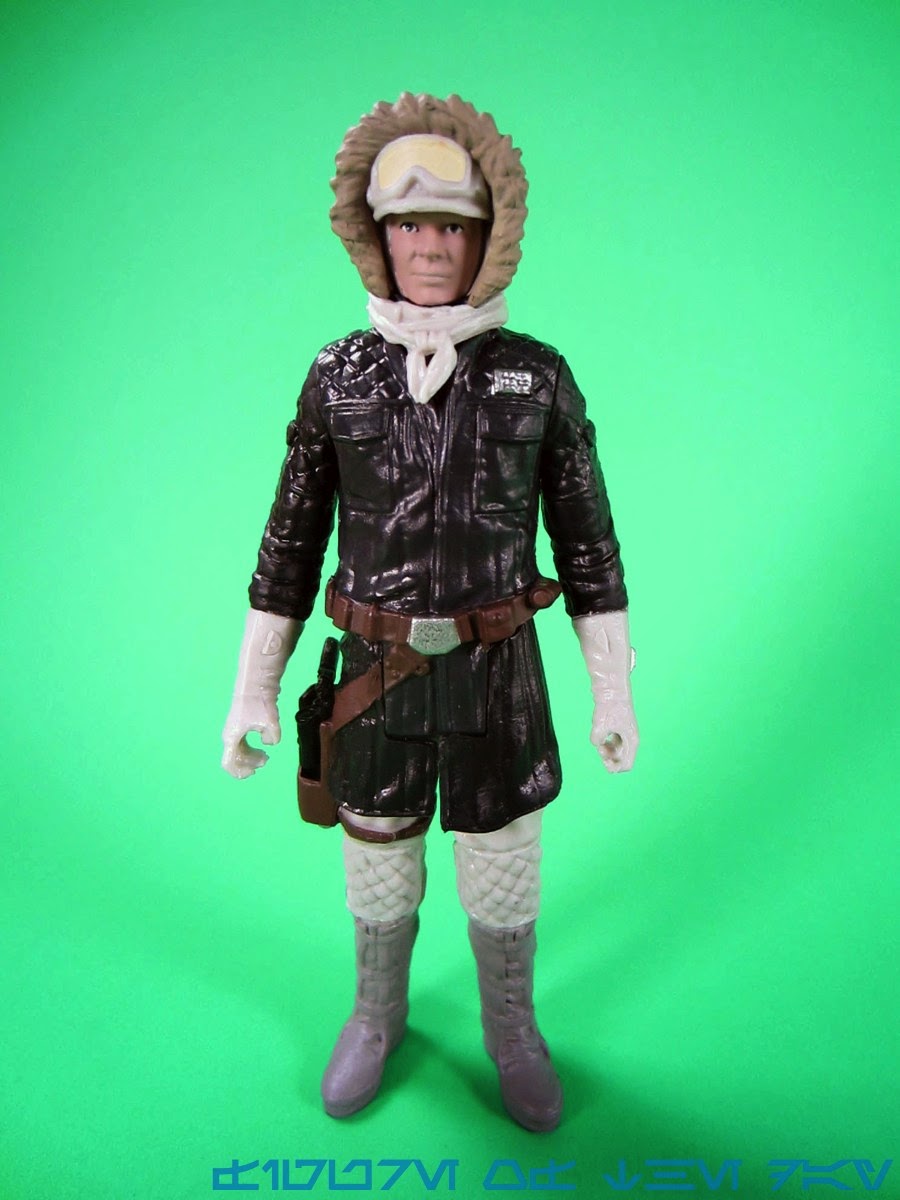 His leg joints are a little weak - he can't sit in most vehicles due to the range of movement, and he can't fit in any modern-era Tauntaun thanks to the lack of trapdoors or lateral hip movement.  I need to unpack my 1980 Tauntaun to check the legs, which I have not been able to find the time to do just yet.  I really hope Hasbro keeps going down this road of quasi-Kenner remakes and goes whole hog to give us a $15-$20 simplified Tauntaun, but given that the 6-inch one is $40 and has a great 6-inch Han figure maybe we don't need them to do that.

This is a great little set for the money, and given the similarity between the big and small figures that just hit I can't necessarily say you need both.  I need both - each one does different things for me.   But on a shelf, side by side, the similarities are oddly striking. 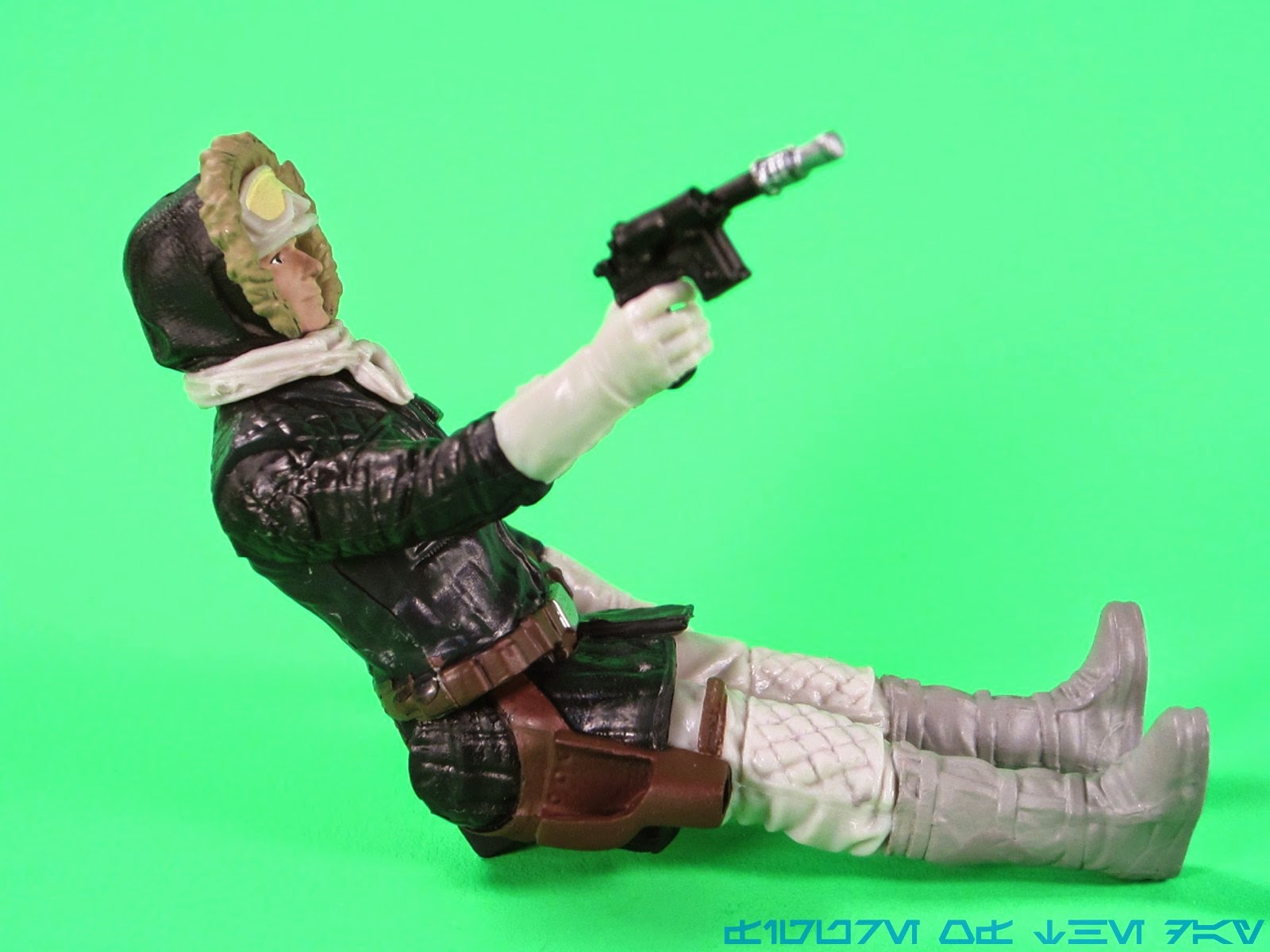 I freaking love "Figure of the Day". Have for years now...

...and I love that you understand and appreciate what the Saga Legends/ Mission Series offers. So many sites look at them as the ugly step-child of Hasbro Star Wars... Another mouth that takes food away from the "Super-Articulated" line. They judge them by the same criteria of that "vaunted" line... Not taking into account the lower price point and different aesthetic that Hasbro is going for here.

Just wanted to say I appreciate your reviews very much. Keep 'em coming!