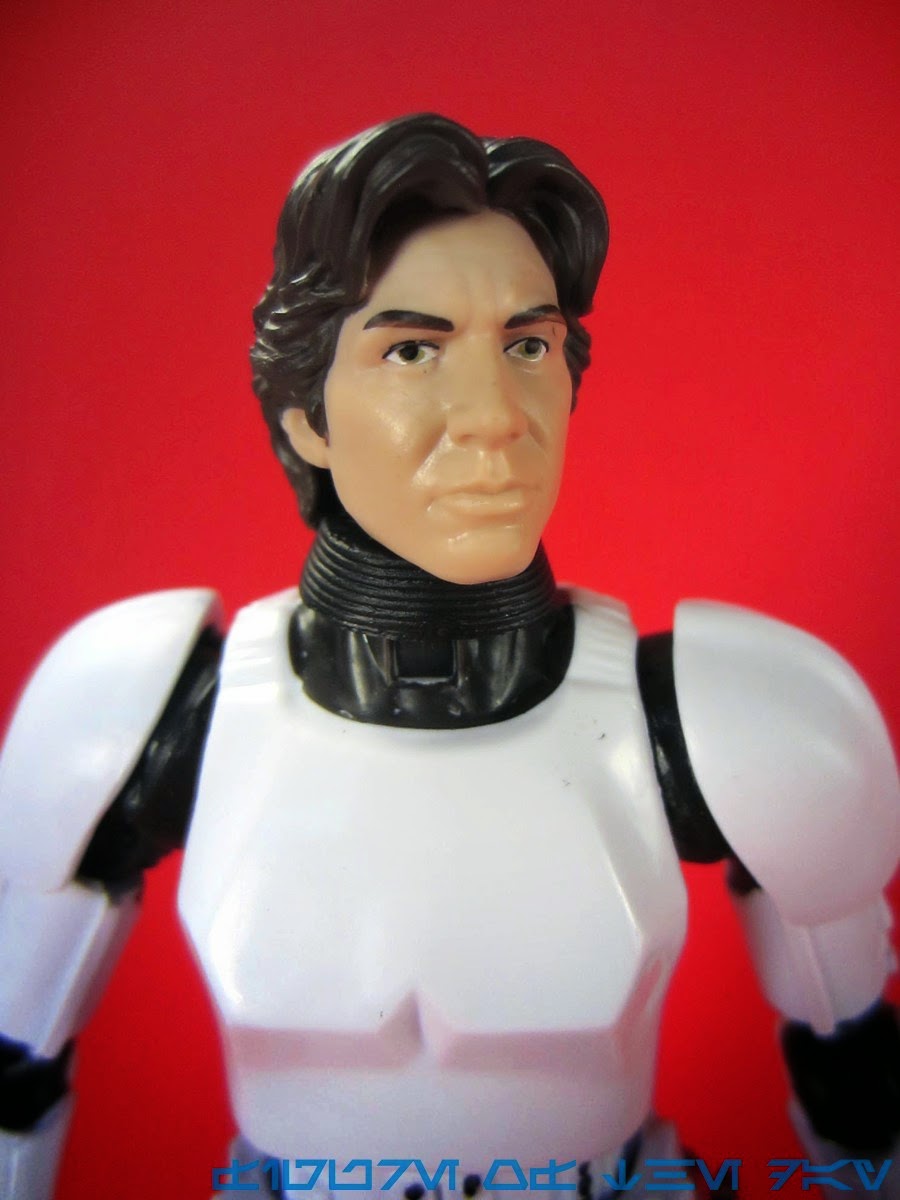 Bio: Han Solo disguises himself in Stormtrooper armor after the Millennium Falcon is forced to land on the Death Star battle station. (Taken from the figure's packaging.)

Commentary: Worth it. Han SOlo (Stormtrooper Disguise) gives you more or less what you expect in a tooling-saving figure.  So far Hasbro hasn't done much in the way of repaints outside of Clones and Stormtroopers (and yes Sandtroopers) so they have to make up the difference somewhere.   This release is indeed the 2013 Stormtrooper body right down to the original copyrights, but with a couple of deco tweaks.  This means Han is a little short for a Han, but not for a Stormtrooper. 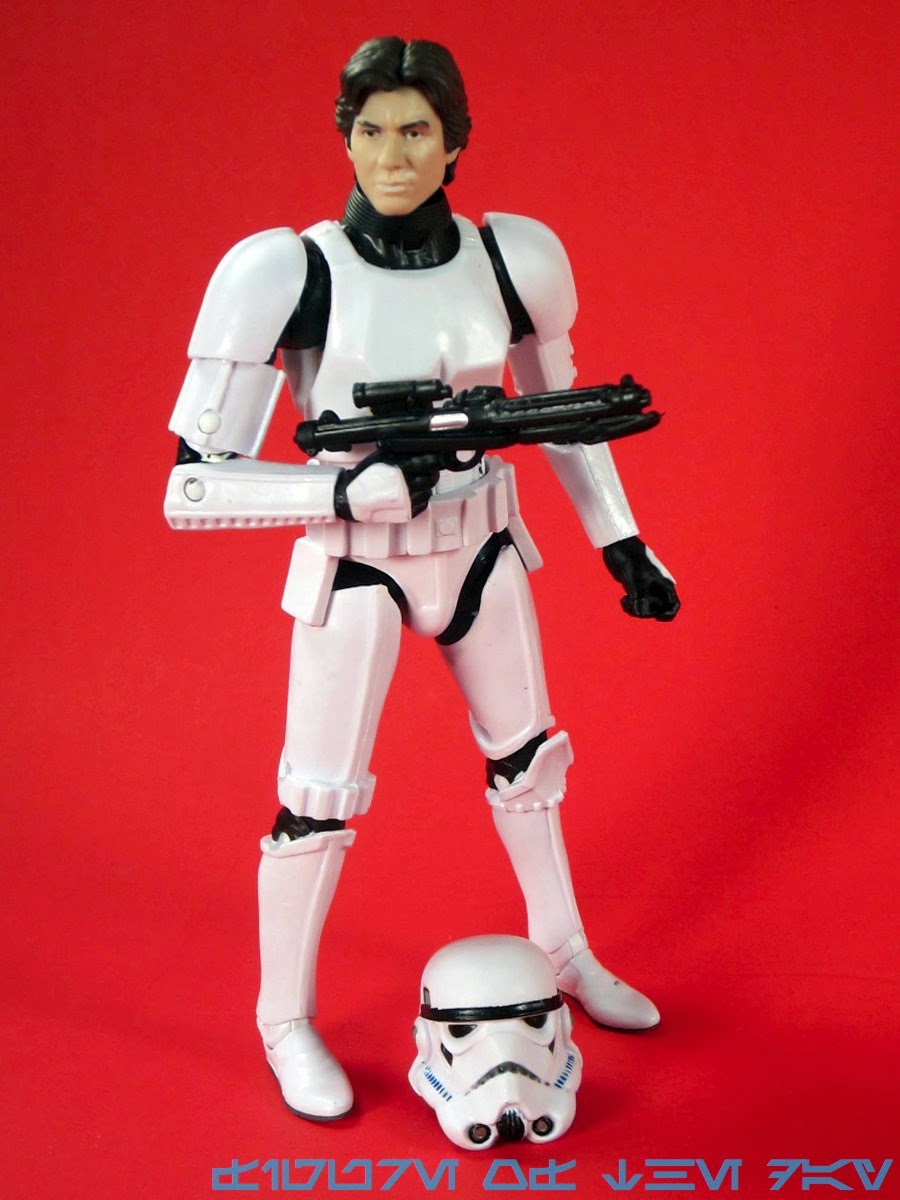 Standing a fraction of an inch under his vested counterpart, this version has slightly lighter head and slightly paler skin.  The eyes seem more correct in terms of color, as they are no longer blue.  The head more or less works with the body, but it also feels a little small without the helmet - which is probably how it should look.  The neck peg is longer than the Stormtrooper's, and there's a collar around his neck that covers some of the joint and adds that ribbed look we've gotten used to since the 1995 Froot Loops mail-away.  The most significant deco change is a dash of silver to the side of his blaster, as you won't find that on the other releases so far. 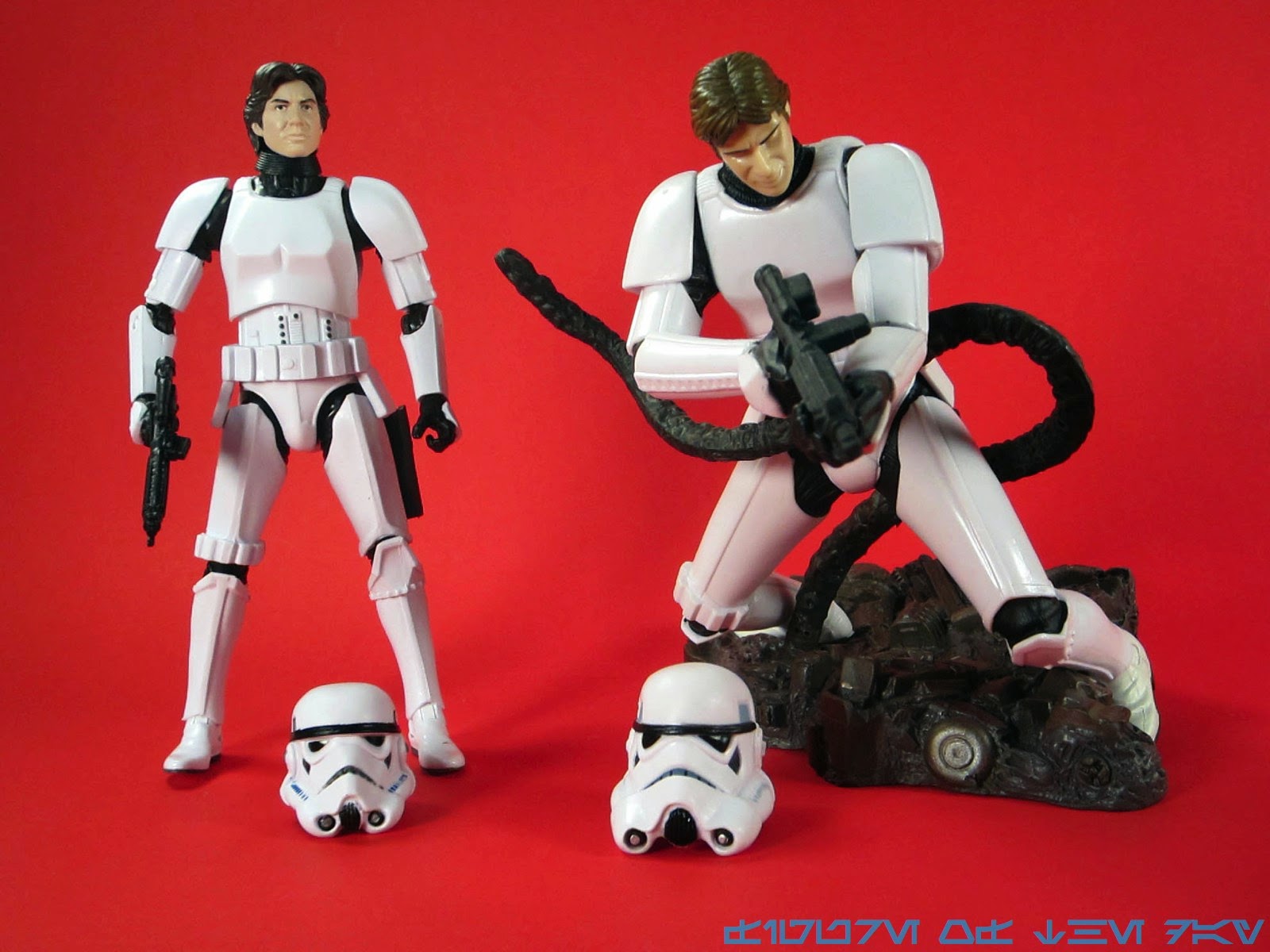 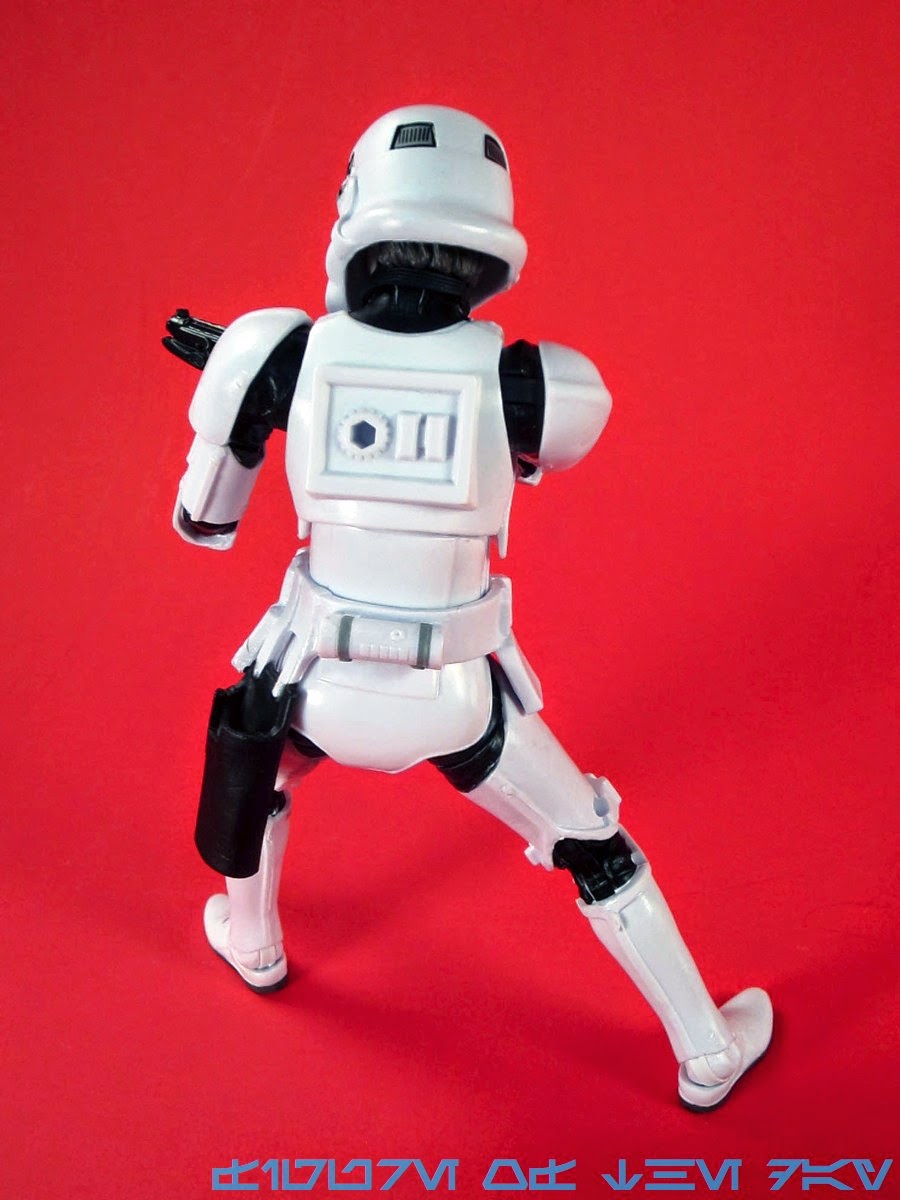 With a working holster (yay) and no long rifle or manacles for Chewie (boo) this is a figure that ticks off all the requirements for the least amount of work to make this figure.  Well, that's not fair - we got a new collar piece, which is easily popped off (don't lose it) and is probably the same piece we'll see on Luke in the next month or two. 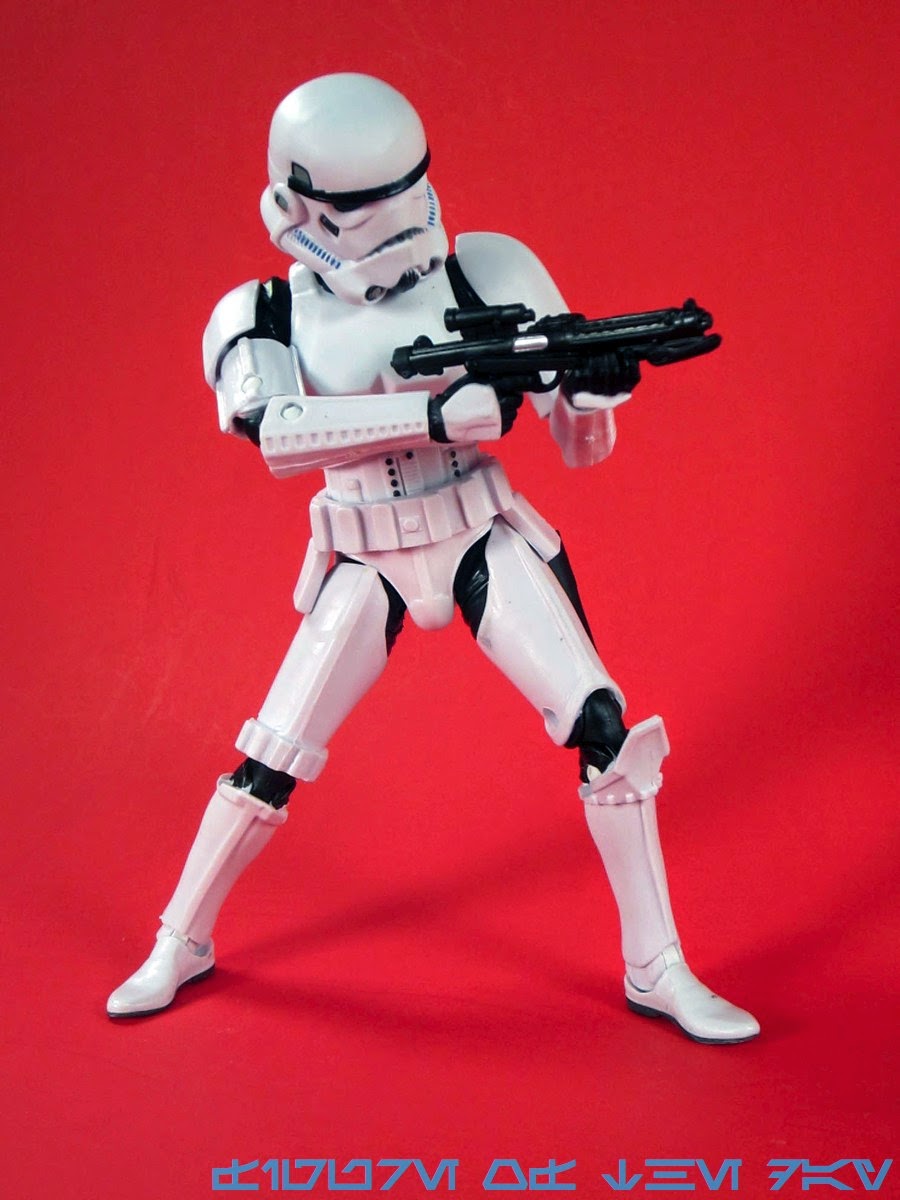 I dig this figure because it's a solid Stormtrooper with slightly different helmet paint, and really, we can all use another Stormtrooper or two.   My figure was mostly clean and free of slop, but more on that below.   It's good enough to get, and if it goes on clearance somewhere I will buy many of them.

Collector's Notes: I got this from Entertainment Earth.   I have not seen any in stores yet.

Cleaning Notes: Before I opened the box, I noticed that there was some black paint splattered on the helmet with a straight line going from the "mouth" to the "chin."  Oh no!  Thankfully there's a cheap way to remove it - the magical Mr. Clean Magic Eraser.  I've used these to clean up a lot of old soft plastic figures like Battle Beasts and Remco's vinyl Extraterrestrial figures, and about 45 seconds of scrubbing took it right off.  It's great for removing dirt - and paint - from various toys.