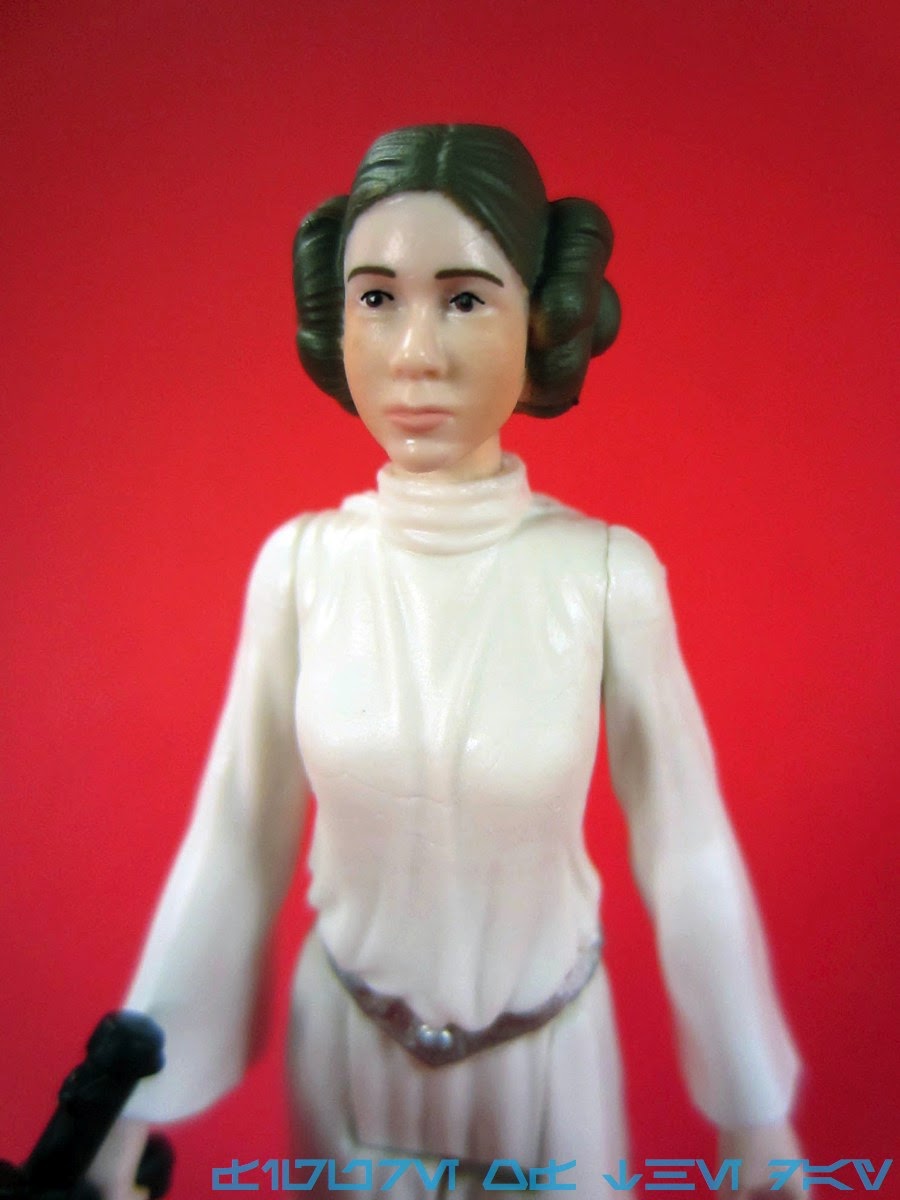 Bio: Luke disguises himself as a Stormtrooper on the Death Star to rescue the imprisoned Princess Leia. (Taken from the figure's packaging.)

Commentary: It has been a few years since Hasbro gave us a new 3 3/4-inch white outfit  Princess Leia action figure with her traditional hairstyle.   The last individually carded ones may  have been 2004 unless I'm blanking one out, although she appears in box sets every few years in one form or another.  What's kind of amusing is that for the lead woman in the movie series, Leia doesn't get a lot of figures and a kid born 10 years ago probably never had a crack at a Leia in this outfit for under ten bucks.  I know I keep coming back to this, but it does make a difference - if a kid can't get the figure they want, they'll get another toy.  It might not be Star Wars, so hopefully this figure is in circulation for a while so kids might get a shot at her. 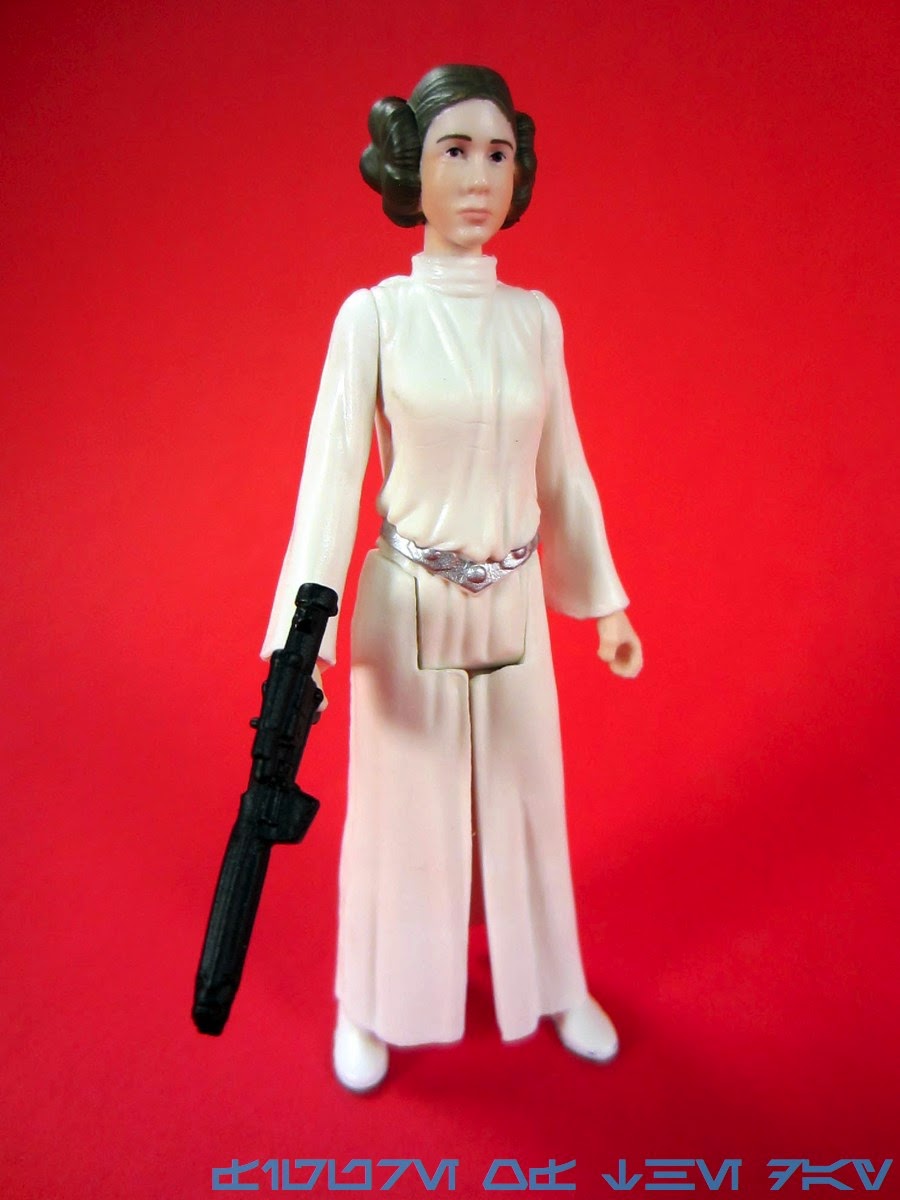 This figure is an all-new sculpt which turned out acceptably.  The sculpt is good, the deco is good, the execution is just OK.   My main problem with this figure are how the legs are split, because there's a gap in the dress and there shouldn't be.   Other figures with this sort of design have had the same problem lately, like Funko's ReAction Bride of Frankenstein from last year.   She stands just fine, on shoes with painted soles!  That's a big surprise - most of the figures don't have painted soles these days unless the entire shoe is painted.  The face deco is pretty good, although the blush is turned up a bit and the lips are on the light side. A little more white in her eyes would help, but as it is she looks decent.  It's a good Leia figure, but not a great Carrie Fisher figure. 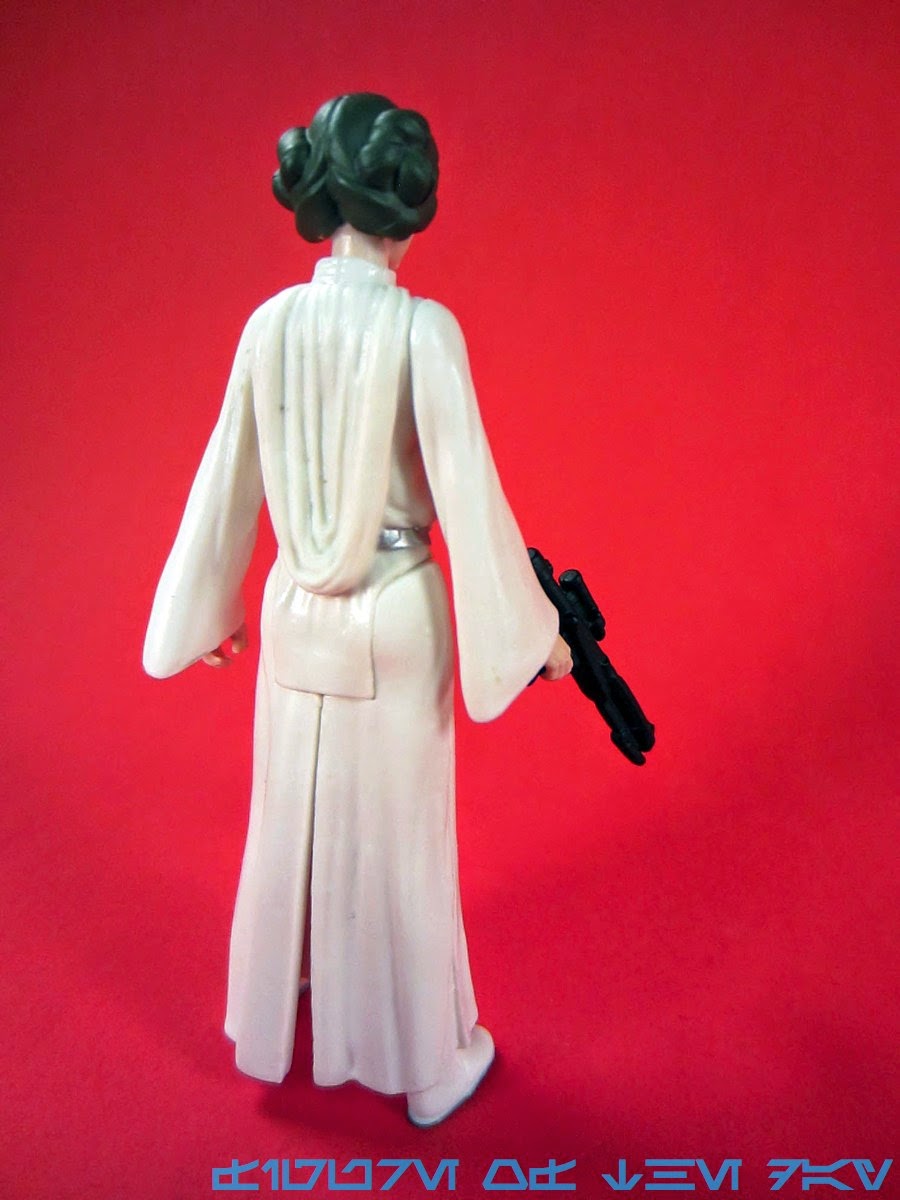 The sculpt and costume is pretty great - I like how they made her feel smaller for a change, and her pose is open to more options than "shoot to kill."   She has no problems standing or sitting, and holds the gun perfectly.  This is a great Leia figure for your 1990s Power of the Force playsets and the full-size modern Death Star that Hasbro will probably never make for us.  Or the Tantive IV vehicle that, despite being the first vehicle ever seen in Star Wars, still has no 3 3/4-inch scale toy.  But it's a good figure, and an OK set, so if you've got ten bucks I'd recommend it.

Collector's Notes: I got this from Entertainment Earth.  This set started appearing in stores late in March.   This is only the second "5 POA" Leia since this form factor returned.

I may be the only one with this opinion, but if the figure looks the same in person as it does in the pictures then we now have the second ugliest Leia figure ever produced. Only the 1995 figure can overpower it. These haven't hit the shelf around me yet, are all the new figures equipped with an overly large cranium or is it just tell angle in these pictures?