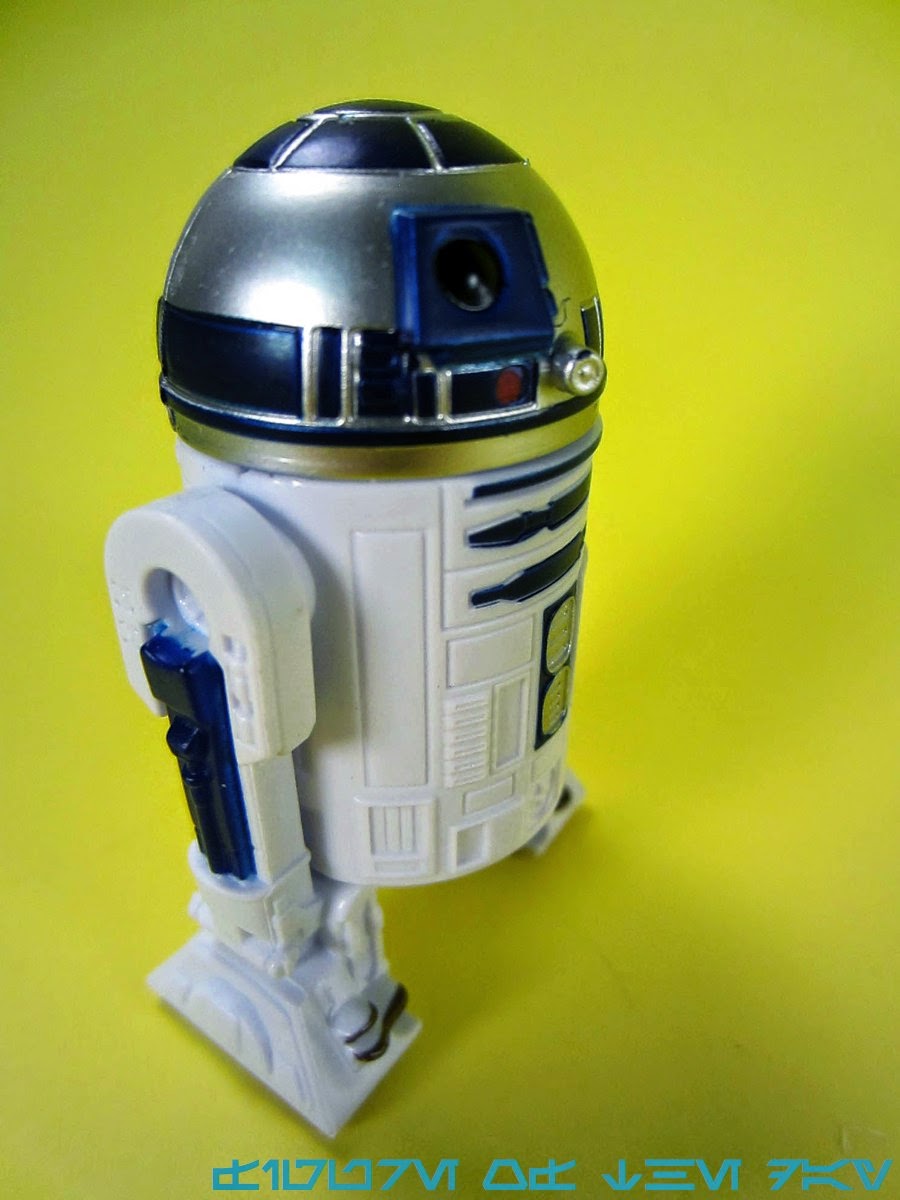 Bio: R2-D2 encounters the mysterious Yoda on the planet Dagobah. (Taken from the figure's packaging.)

Commentary: It's essential!  Well, no it isn't - but it's neat. R2-D2, for a figure with one "outfit" unless you count mud or dirt splatter, is surprisingly popular when it comes to repaints and new toys.  This "cheaper" R2-D2 is slightly different than the last two, in that he has an action feature.    For ten bucks this is something Hasbro would be downright stupid to not keep in circulation through the end of the year, because what parent wouldn't buy their Star Wars-loving kid a Yoda with an R2-D2 for ten bucks?  (Bad parents.) 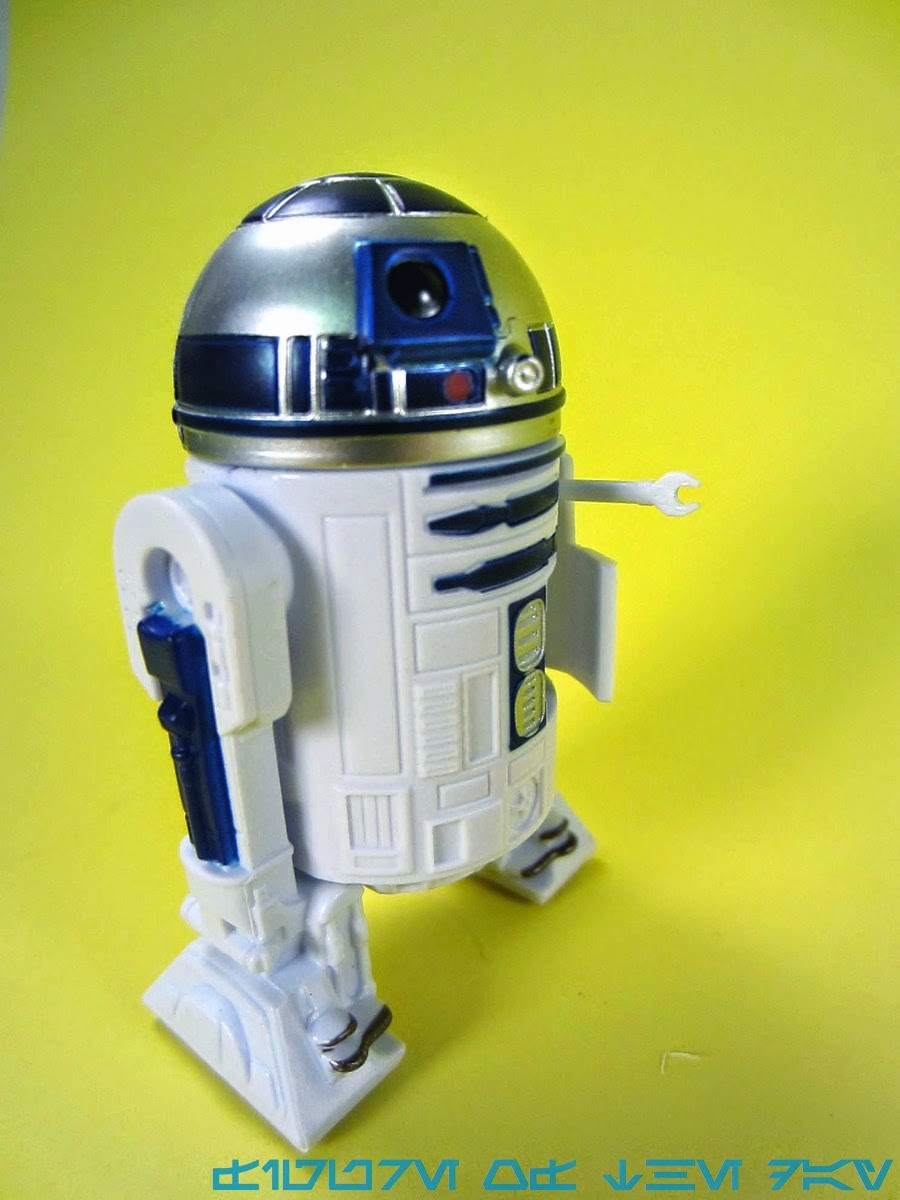 This one is painted similarly to the last movie Mission Series figure from late 2013, which was also similar to the Rebels figure from last year.   In terms of deco, this R2-D2 is a little less sparkly - the last one had a gorgeous shiny blue paint and this is a duller one - but R2 does have the blue spot on top of his head painted, so he wins.  Everything else is pretty much the same - you get the blck eye, the red dot, the brownish wires, the blue stripe on the leg, and a few painted panels.  He could benefit from a few pennies worth of additional paint, but this was not to be. 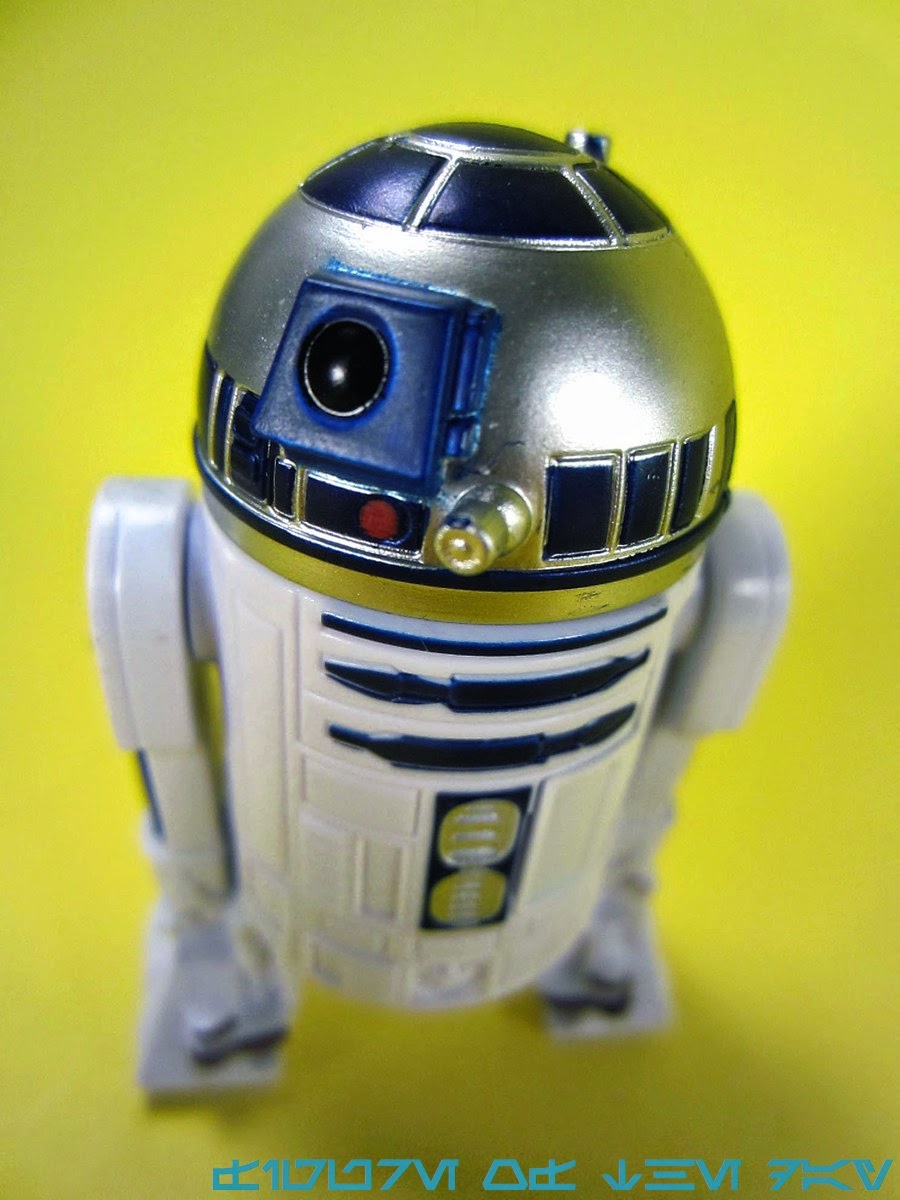 Most surprising to me was the sculpt, in that it's a new one.  R2-D2's dome is similar but the 2013 version is more textured in spots, while this one is flatter.  Sculpted arm detail is different, and clearly crisper on this go-round with slightly larger pistons in the sides.  His body is, of course, totally new with the opening compartment with a tiny arm that's about as valuable to this figure as a T-Rex' arms probably were to his ability to type.   It's too small to hold the lamp, but it looks cool - and it's something.  When I first opened the package I thought "this might be a good mold to repaint as other droids," mostly because very few astromech droids have any moving bits and pieces unless they're R2-D2.   This R2-D2's body isn't shiny and a few of the various panels are sculpted differently, which I found surprising given that I thought there was more reliance on digital sculpting techniques and the potential shortcuts available therein.  Ah well! 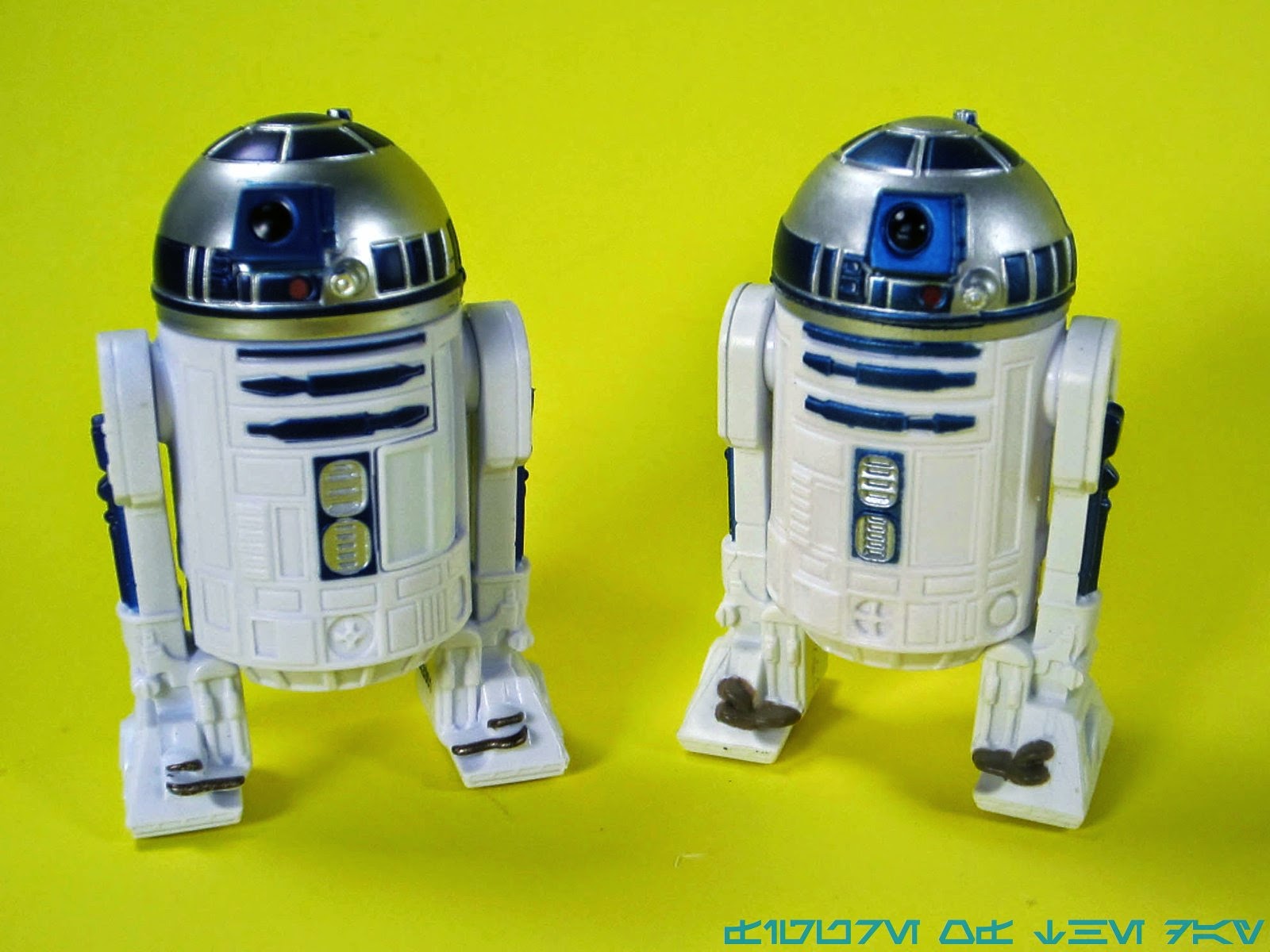 Of the cheap R2-D2 figures over the last two years, this is unquestionably the most interesting.  You don't get a third leg, but the deco is a little better and the action feature makes it more interesting than a figure that does nothing.   I'm guessing nobody will care about this figure until they dry up, let's say around September, at which point it'll probably sell for $20 on Amazon to parents who didn't plan ahead.   Also note, if you have the Bartender R2-D2 from 2010 you probably don't need this one, unless you also want the Yoda, and I think that you do.