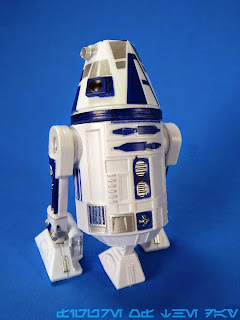 Commentary:  This R4-Series Astromech Droid was, at first glance, not new.  I was surprised to find out that the pattern painted on the dome was actually new and different from the previous release.   You'll notice that the colors are basically the same, but the blue patterns and shapes are significantly different.  The trapezoids on the left of his "face" are replaced by an "A"-shaped pattern which we've seen on other R4 units.  His head has a nifty pattern on top, rather than a blue hexagon.  Much more color - including some additional silver - has been added to teh backs and sides of his head, as have additional silver markings.  At first glance it looks like more of the same, but with a side-by-side comparison it's a shockingly different figure.   Even the holo emitters are different - the original version has them painted black for the "lens," while the new version is blank silver.  As an added bonus, the lip around the bottom of the dome - previously unpainted - is now decorated blue. 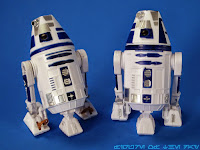 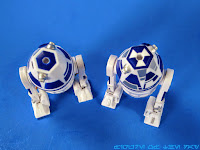 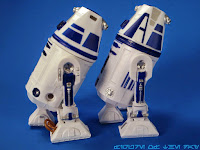 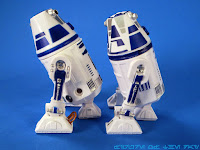 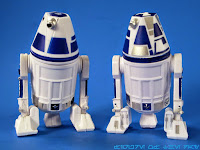 Collector's Notes: I got this from my pal Shannon who was cool enough to get me a set from Disneyland.  This is the only R4 droid in the first 2015 assortment.

Thanks for all the detail you provide Adam. This is a lot to stay on top of! MTFBWY.