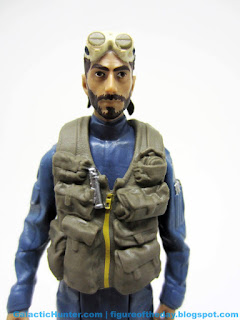 Bio:  A former Imperial pilot, Bodhi has strong piloting and technical skills that he will put to use for the Rebellion. Ever practical, highly anxious, Bodhi must gather his courage to bring the battle to the Empire.  (Taken from the figure's packaging.) 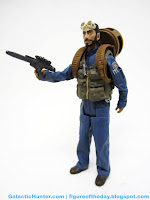 Commentary: The last of the major main heroes for Rogue One was wave three's Bodhi Rook.   The defector, the ship pilot, and one of very few times we see someone identified as an Imperial Pilot walking around without some sort of helmet.   The face sculpt is good, but the beards are seemingly the big challenge these days.   General Madine's was super fake, so stubble and scruff presents a challenge to toymakers now.

I like it. The goggles are stuck to his head, but the vest is removable - this is handy if you want to mix things up a bit.   There's an Imperial cog on his shoulder, plus painted silver code cylinders.   This is a plus.  The vest has a painted zipper, and a few other minor details.  His sculpting is excellent - the baggy flight suit should be familiar to all original trilogy fans, even if its in a different color these days.   The only thing that comes up short are his arms, as they seem cut down a bit.  Thankfully, the hand can still grip his blaster - which also should look familiar as it's similar to what the Rebel troopers had in the original movie. 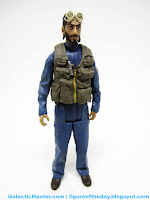 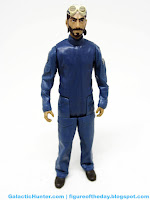 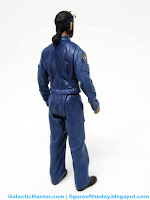 Bodhi has no problems standing or sitting, but getting his backpack on can be a trip.  It's based on the one he had during a climactic scene in the movie, complete with a cord and a dongle you can plug in to a thing that will never get made as a toy, because life is unfair.  It's actually in the movie, unlike the ziplines, so that should make this figure just a bit more desirable.  It's easier to get it on him when you remove his vest, so you might want to keep that in mind when you inevitably get yours. 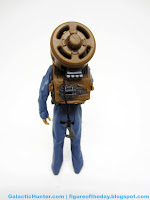 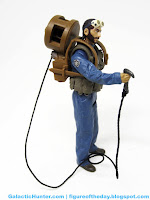 Since he can actually sit, this is one of my favorite recent figures.  He looks neat, has a cool costume, and will totally pilot that vehicle Hasbro will never make.  You know the one.   Grab this figure if you can - he's not too expensive online right now.