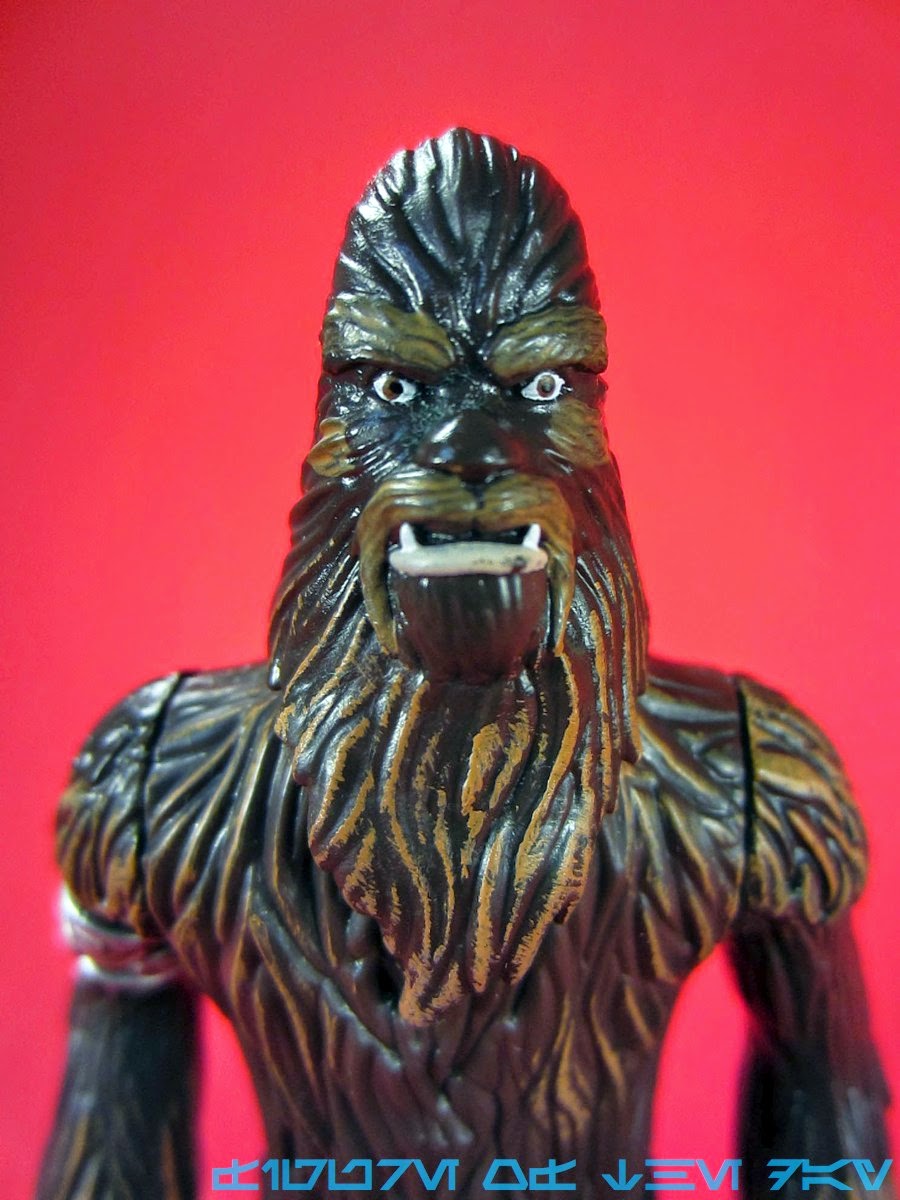 Commentary: Looking at the Star Wars Rebels line as a whole is sort of a bizarre exercise.  Things didn't quite make it out in a timely manner in part due to (what I perceive to be) poor planning, low demand, and circumstances beyond anyone's control.  I feel like it's a safe bet kids will grow up having seen the show and not even be aware the figures were made - this is good as it might create another generation of collectors - and the line is filled with strange but welcome choices like Wullffwarro here.  Why is he here?  My guess is the entire figure selection was whipped up based on the pilot movie and first episode.  So far I've seen nothing to make me think otherwise.   This isn't meant as a slight, because I love the fact I have so many toy Wookiees now but it's bizarre to think I have this set of figures, yet still no Hera. 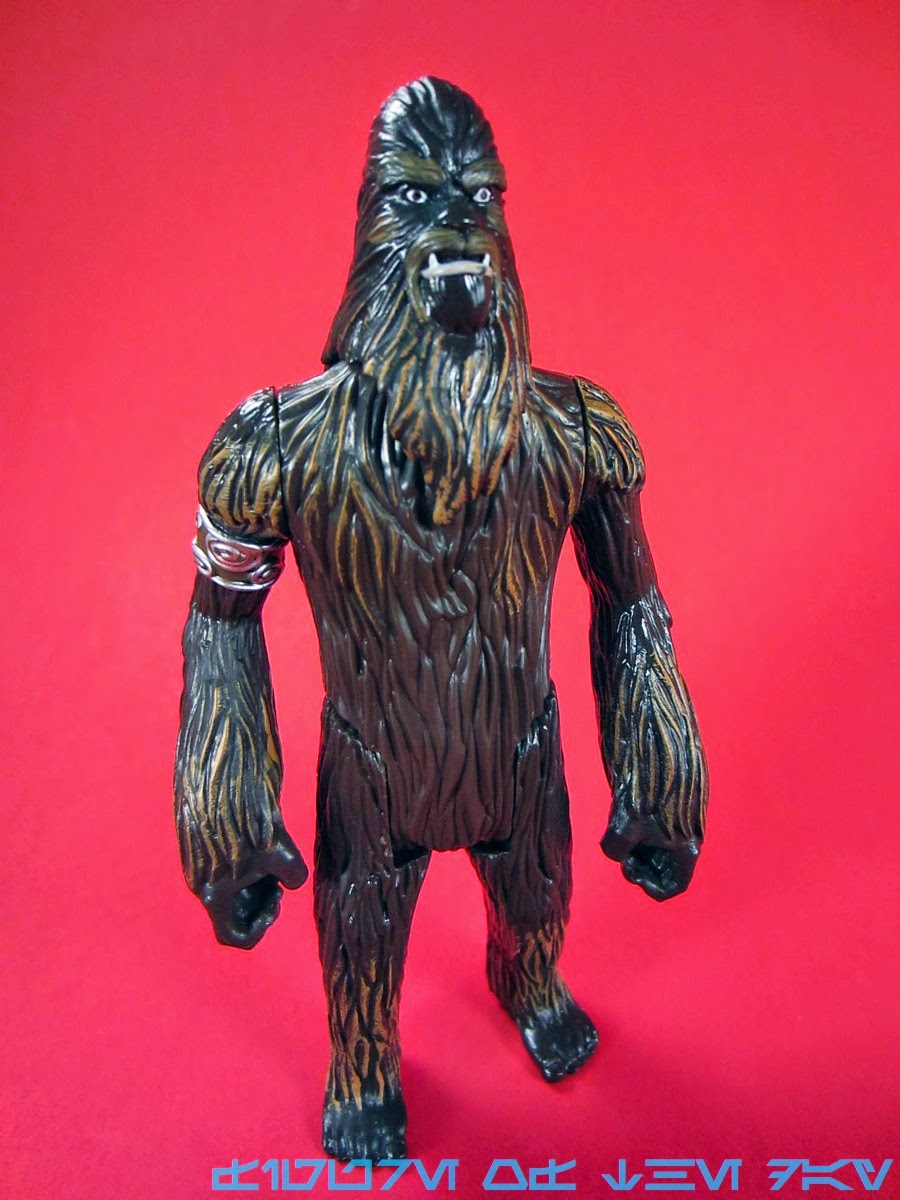 I assume the figure's name was another one of the not-so-subtle nods to wolves inserted by the lovely and talented Dave Filoni, and it's a pretty distinctive Wook.   The usually long-legged race is seen here with stumpy legs, long arms, and is more or less naked.  There's an arm band, but that's it - the hands look like they were designed for guns, but I do not recall ever seeing prototypes developed to incorporate an accessory.  He's a little back-heavy, but posing him right will keep him on his feet.  The figure's deco is quite nice - white teeth, pink lips, and some frosted fur tips are present.  The latter doesn't quite work for me, but Wookiee fur color is something Hasbro has been struggling with for years.  Less is usually more, but I give them credit for trying something new.  I also appreciate that we got some dark skin paint on the hands and feet, even if the claws are unpainted.  Also a pleasant surprise is the articulated neck - the head can really move, just not a lot.  Most Chewbacca heads can't move at all, so this is a real treat.

It's a simple, accessory-free, and surprisingly glossy alien but I'm happy to have it.  It's so strange to see figures in this wave that are, on the whole really minor compared to others who have appeared in multiple episodes in numerous scenarios... but hey, I won't say no to more Wookiee toys. I am not an animal.   He has no problems standing or sitting, but his wide build will prevent him from fitting inside most vehicles in the Rebels line.   At least he looks cool, is well-constructed, and is a new character.  We don't get enough of those lately.