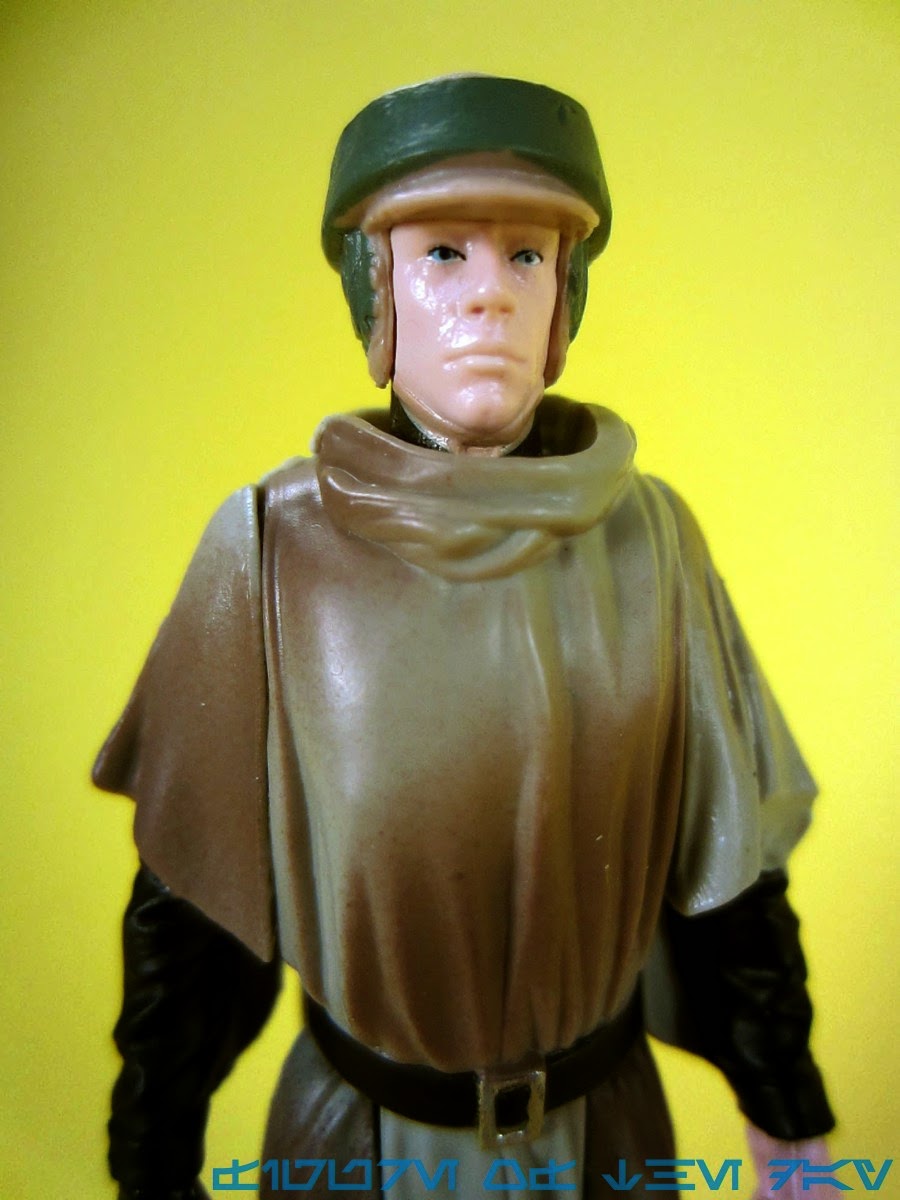 Commentary: Boy howdy, this is a nice one! Luke Skywalker (Endor) is a remake - or perhaps demake - if a classic action figure.  The 1980s original  had a cloth poncho, a removable belt, and a blaster - this one has only a lightsaber.  There have been a few modern update attempts, The best version in the modern era came in a battle pack, but I'm beginning to rethink its status as "best."  Most articulated, most gear, sure - but this one is pretty fun and feels like a toy. 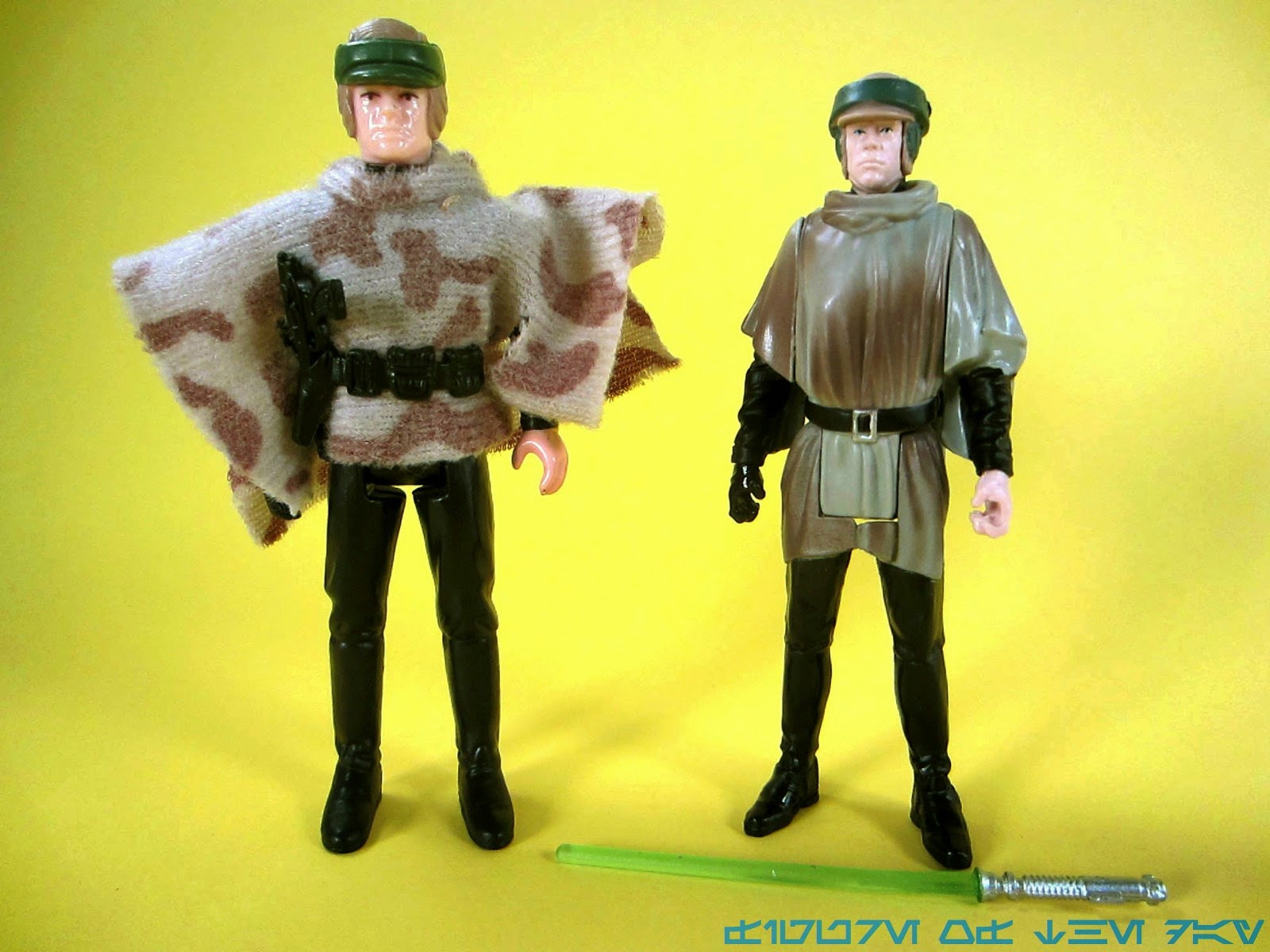 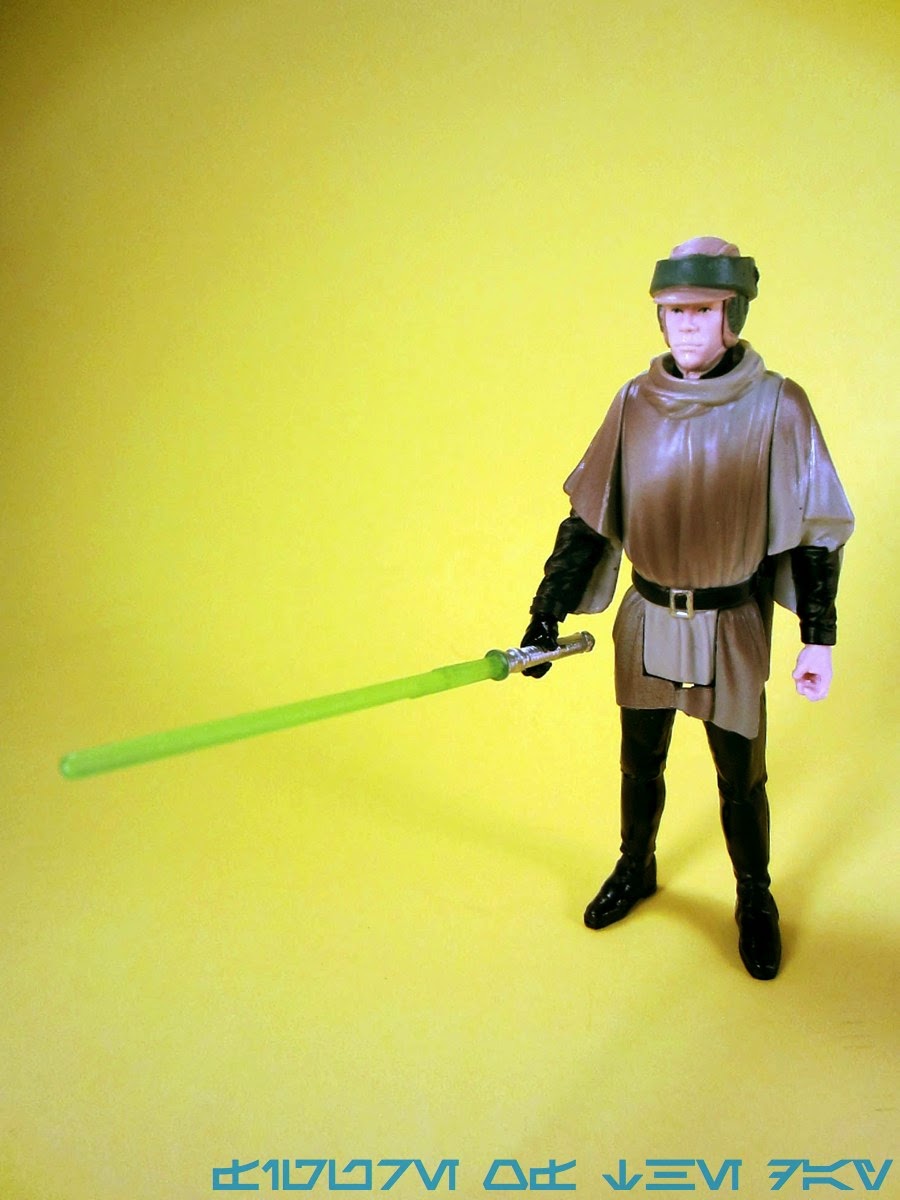 The sculpt is as good as always, pretty much all of these were made to be quite nice.   The only thing really missing is the aforementioned holster, and there's no hair poking out the back of his (or Leia's) non-removable helmet.  The helmet has the bands and lines you've come to expect, and Luke's face is appropriately Lukey and has really great eye paint on my samples.  Seriously, both were great!  A little bit of wrinkling and creasing on the black shirt show through, and the pants are about as good as always.  His boots have a glossy finish - a nice touch I didn't anticipate - and his right hand has the glove, just like he should have.   The hands have no problems holding the lightsaber, which is painted with a silver hilt and no gold band, unfortunately.  It's still plenty nice. 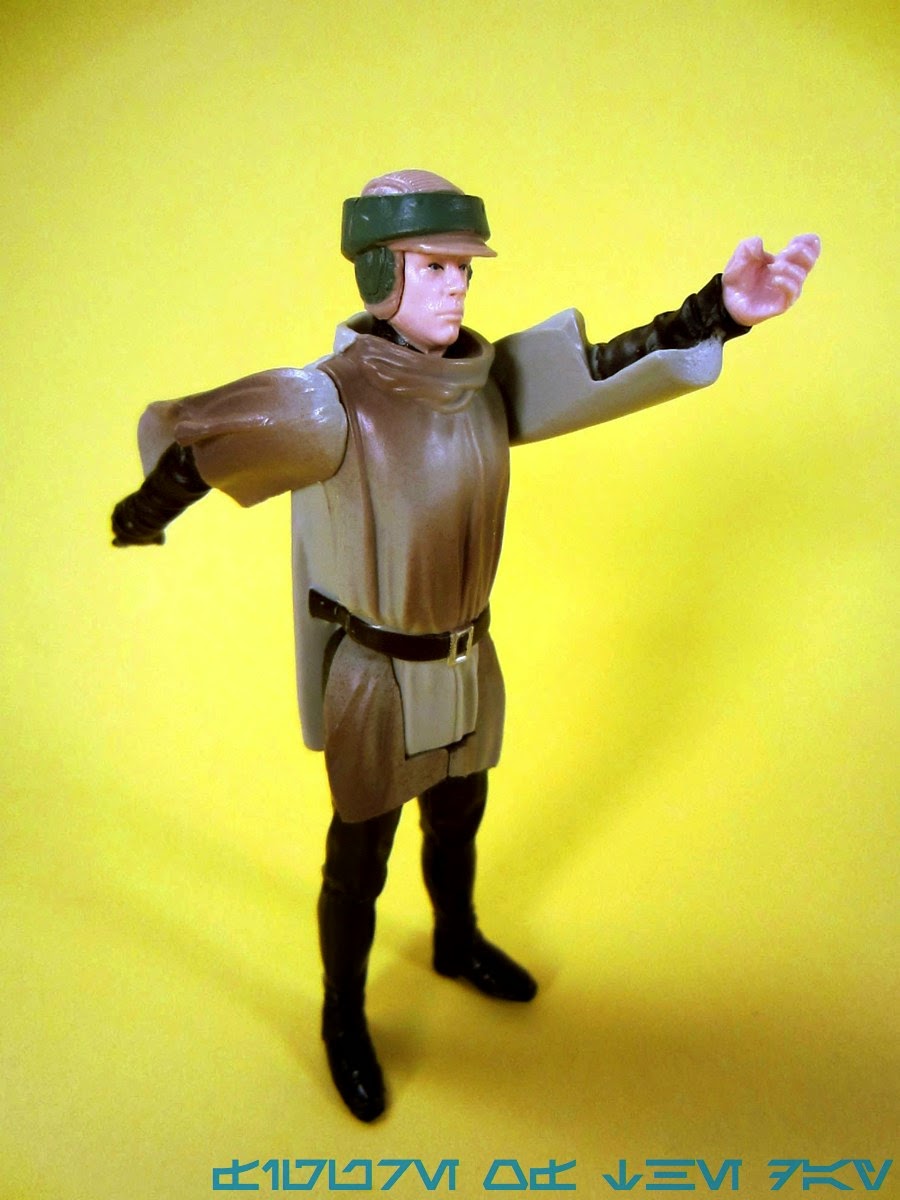 The poncho itself is a really nice reinterpretation of the classic outfit.  It rarely gets made as a toy and when it does, it's a pack-in with something else.  Previous modern figures had cloth or rubberized ponchos over a Jedi Luke torso, this is the first time Hasbro molded it directly to the arms and body.  As a result, the poncho sleeves form a sort of surreal poncho arm with a poncho sleeve that amazingly still looks good when you pose it out.  I didn't think that was possible.  Obviously it isn't perfect as the inner sleeve is flat and unpainted, but it doesn't look terrible.  The painted camo pattern is simple but quite pleasant, giving a good finish to a nicely sculpted figure. The spray around the crotchial region doesn't quite match perfectly, but it's not terribly off-putting.

For the first carded Battle Poncho Luke in almost a decade, it's probably worth your while to get this one.  It's not like it has a coin and display stand, or bike, or a set with other figures, but it's cheap and it looks good.  It can also sit on a Speeder Bike vintage-style, but the poncho does get in the way of him really reaching the handlebars perfectly.  It's "good enough," and a nice bonus unintentional feature, but it's not like the target audience for this figure is exactly swimming in 1983-style t-bar Speeder Bikes anyway.   If you're in to quick and fun displays, this line really did a bang-up job of fleshing out Endor nicely and quickly.  Now I want more Stormtroopers and Scout Troopers and Ewoks. 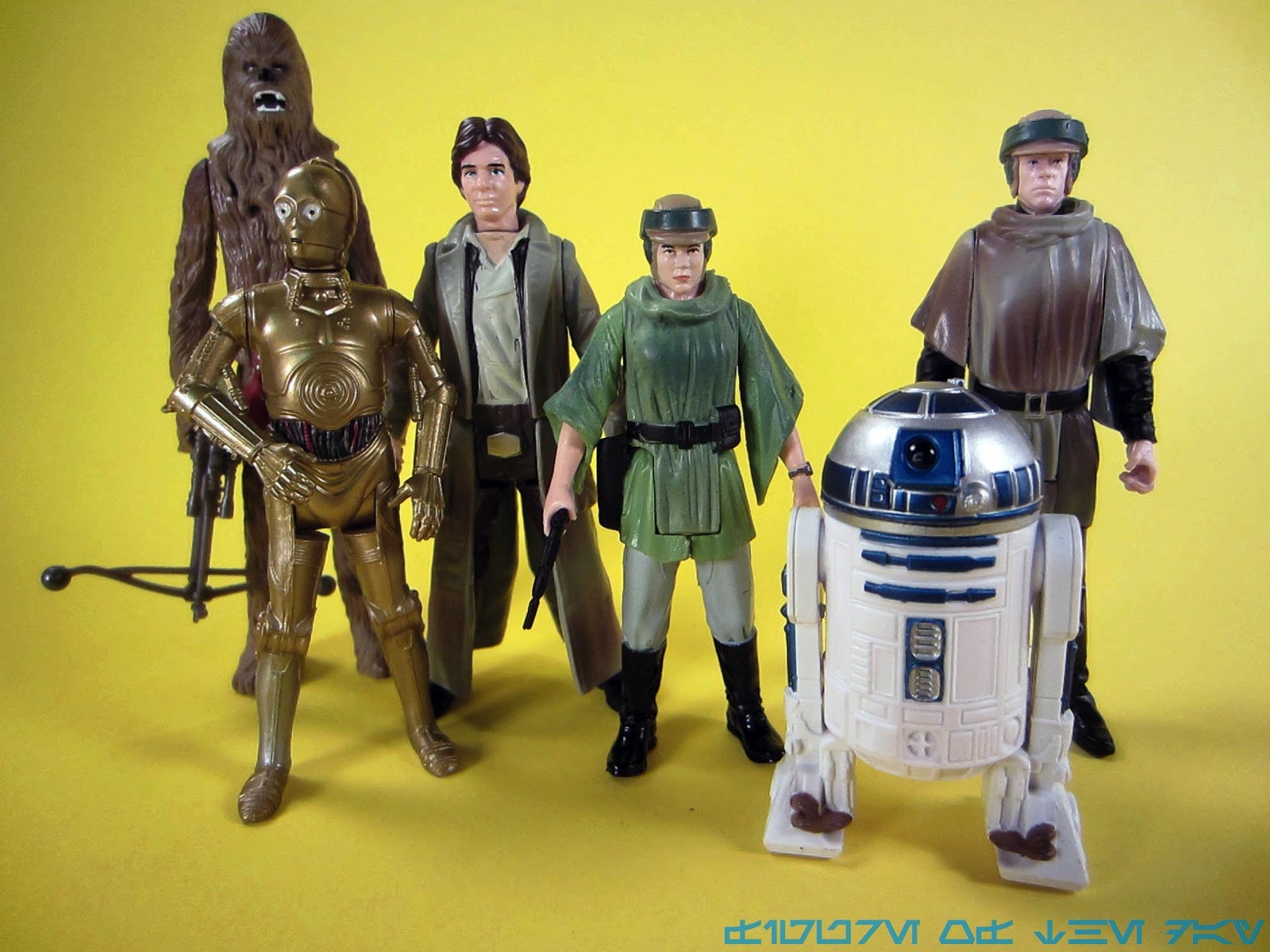 I don't mind the simplicity of the figures, but that Luke looks like the alien bounty hunter from 'The X-Files'...!!!