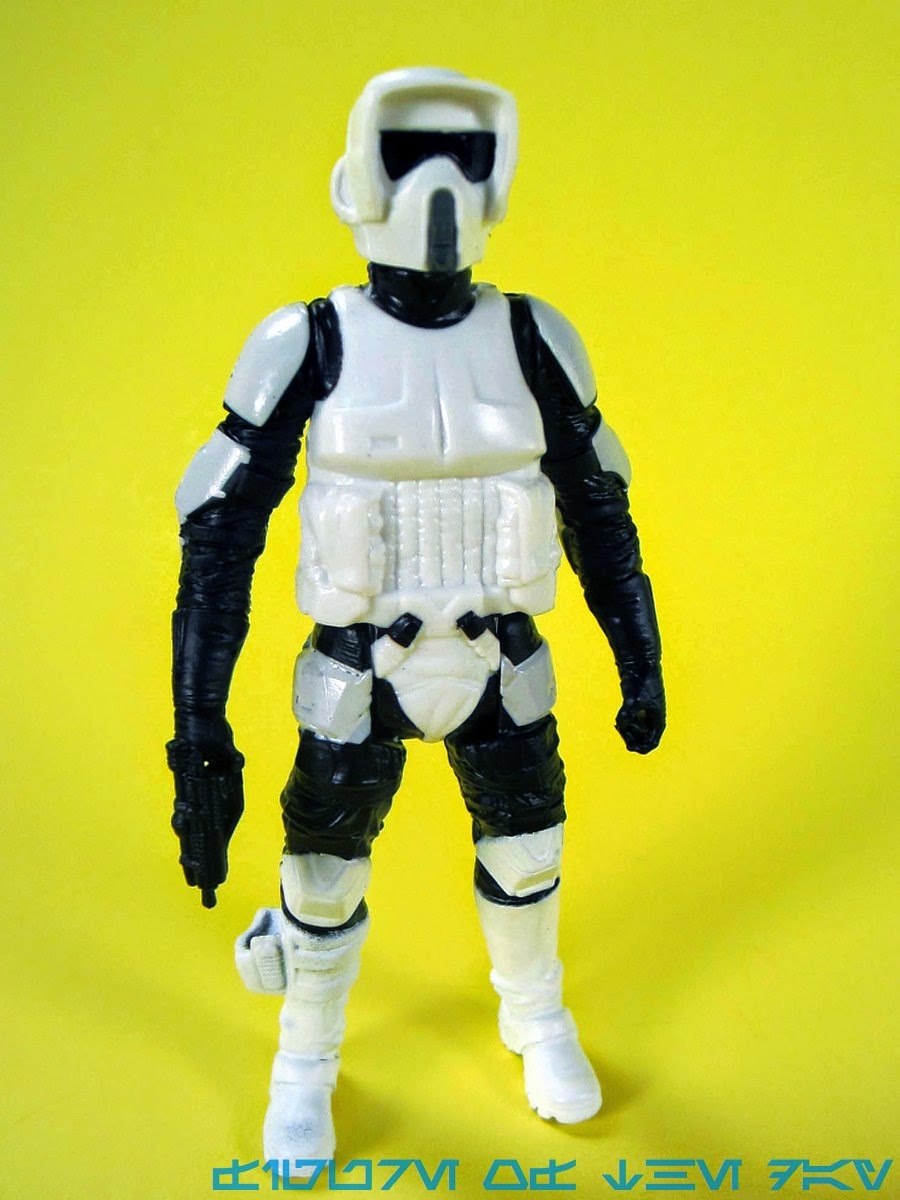 Commentary: As figures go, it took a while for Kenner and Hasbro to do right by the Biker Scout.  The 1983 one was perfectly nice - so was the 1996 one, although it was designed specifically for the bike.  In 2001 we got one that had a sort of an awkward meandering pose that was perfectly good, but lacked a lot of options for posing it.  The 2006 Vintage one has provided the basis for most Scout Troopers since then, but this 2015 figure is the first major step backward in quite some time.  It's a lot like the 1983 figure, except this one has an added blaster holster on his boot. 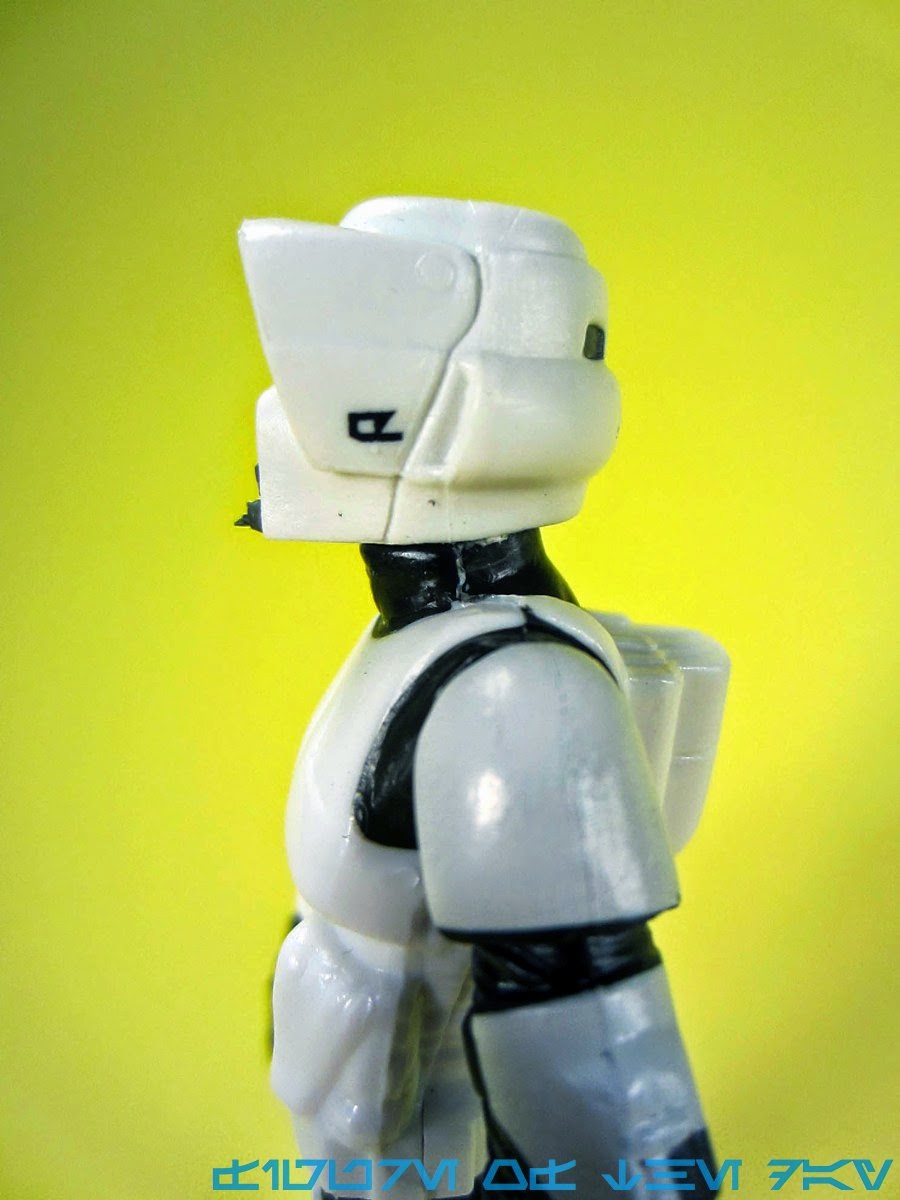 In what I assume is just a coincidence, the 5-jointed Biker Scout can actually sit on the old Kenner-style Speeder Bikes with the spring-powered t-bar.   That's right - you can swing his legs forward and his arms basically reach the handle bars just fine.   I don't know if it's intentional or not, but it's a heck of a fun feature for us old timers.   This bike has been released and rereleased so many times you might have a dozen of the buggers by now, so if you want to recreate some 1983-style fun with 1990s and 2000s-era vehicles, now's your chance.   The arms swing freely and the neck rotates as well, giving you a figure that's similar to a modernized 1983 Biker Scout figure.  And who can fault that?

Deco is light, but not awful.  The figure has the simple black-and-white look that worked so well for the originals, without the off-white midsection representing the softer parts of the costume.  The one place that gets my goat is the visor - the shape seems, for lack of a better word, angry.  The top is flat, lacking the round edges of other releases.  It's also a little lopsided, which we saw on the 6-inch figure last year.  I'm not sure why all of a sudden Hasbro has difficulty with the Scout helmet, but they are, and this one is no exception.  There are some other painted flourishes like the signature on the helmet's left side, and the two shapes on the back, as we've seen in the past.  This time the helmets on the back are sculpted, but not painted.  Overall, it's a decent figure at a price that could be worse.  I also find it odd that the limbs are black plastic painted with white, which may cause some problems down the road as far as wear is concerned but should prevent them from yellowing quite nicely. 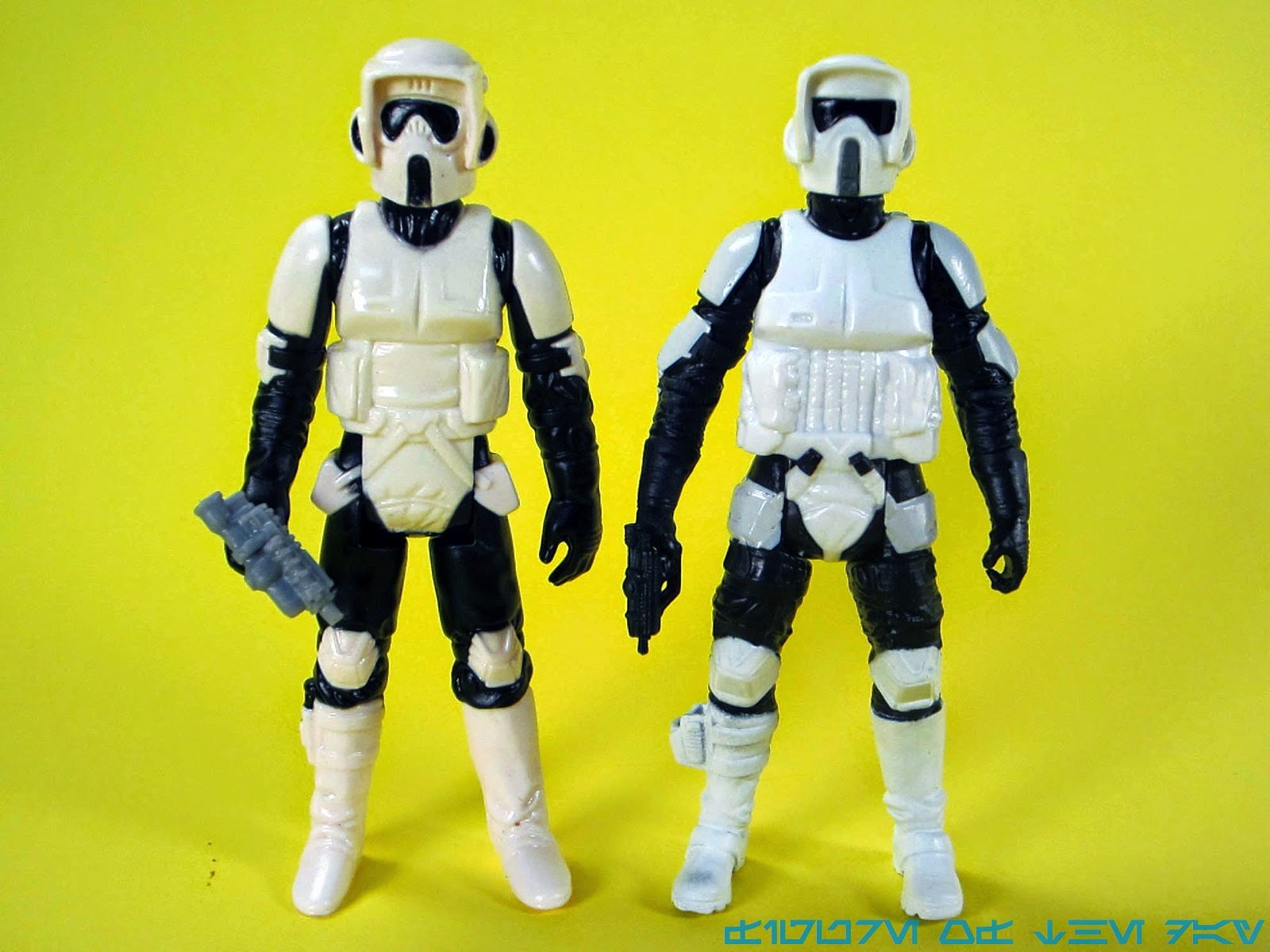 This figure is by no means essential but for the old guys out there, I think you might really love this set.  Give it a shot, the figure has no problems standing up and should be your go-to Scout for lining up on the Death Star for Darth Vader's arrival. 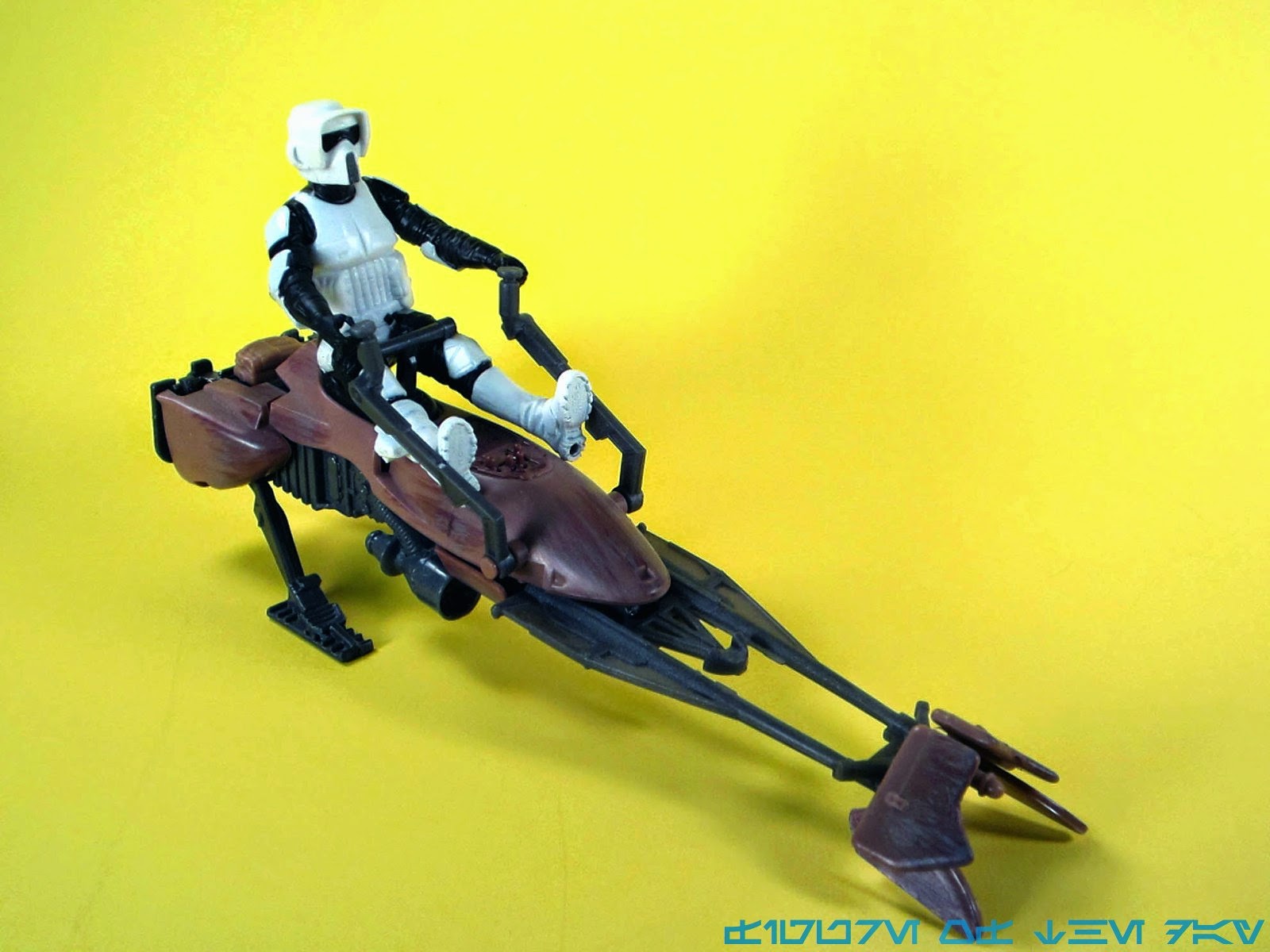