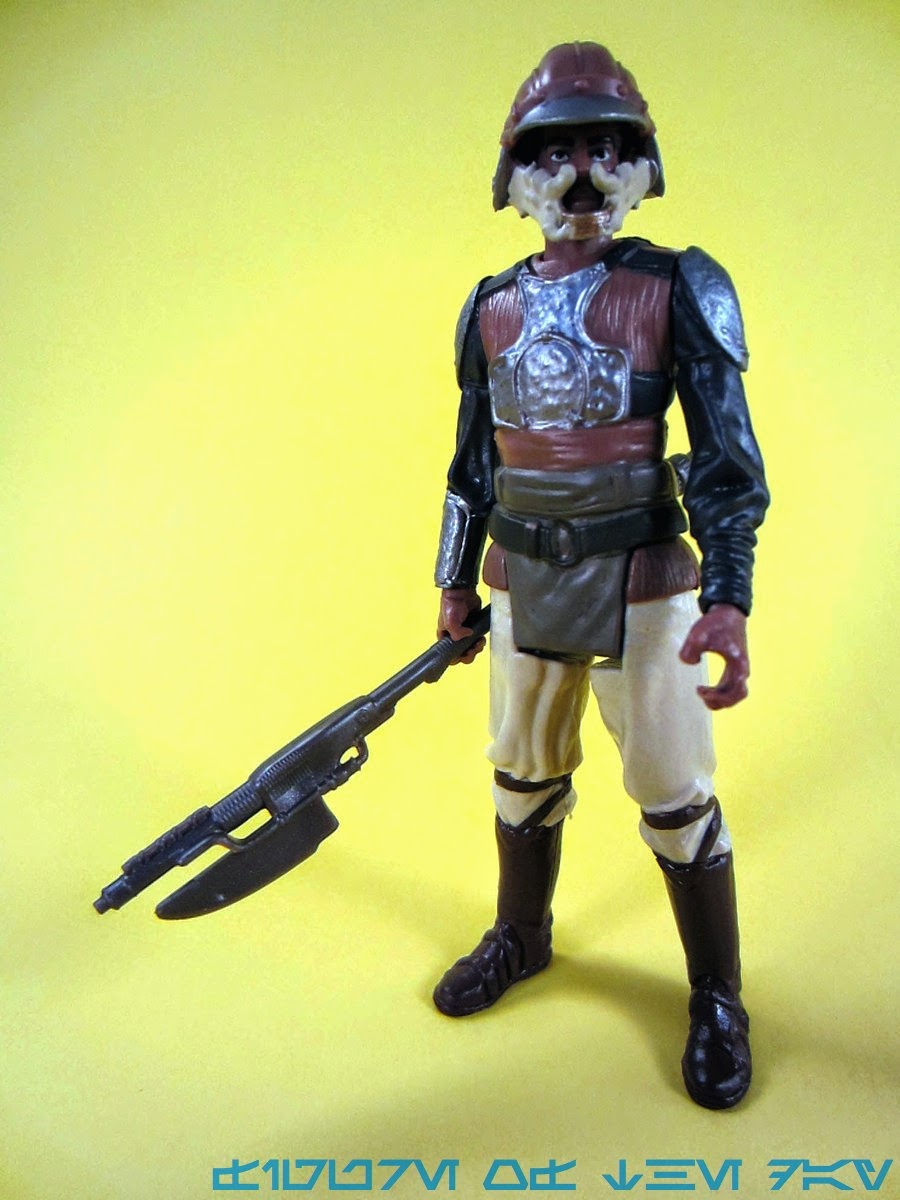 Commentary: As a kid, the 1983 version of this Lando Calrissian was one of my favorite figures.  He had a cool disguise, and a mustache!  The outfit looked really neat and I loved that the helmet let him pull double-duty in the toy box.  The new version is very similar to the original, but there are a couple of major differences - it looks better, and the helmet doesn't come off.  It took me a few moments to realize that the helmet wasn't going to budge - it's fused to the head, which is a first for this character as an action figure.  You can see some of his face through the mask, and I have to wonder if this reduced costs much or not - it's a unique take on the costume, and it's rare that we see figures like this with non-removable helmets.  The sculpt of the outfit is true to most of the other figures we've had of him over the last 17 or so years... which by my count is at least several releases. 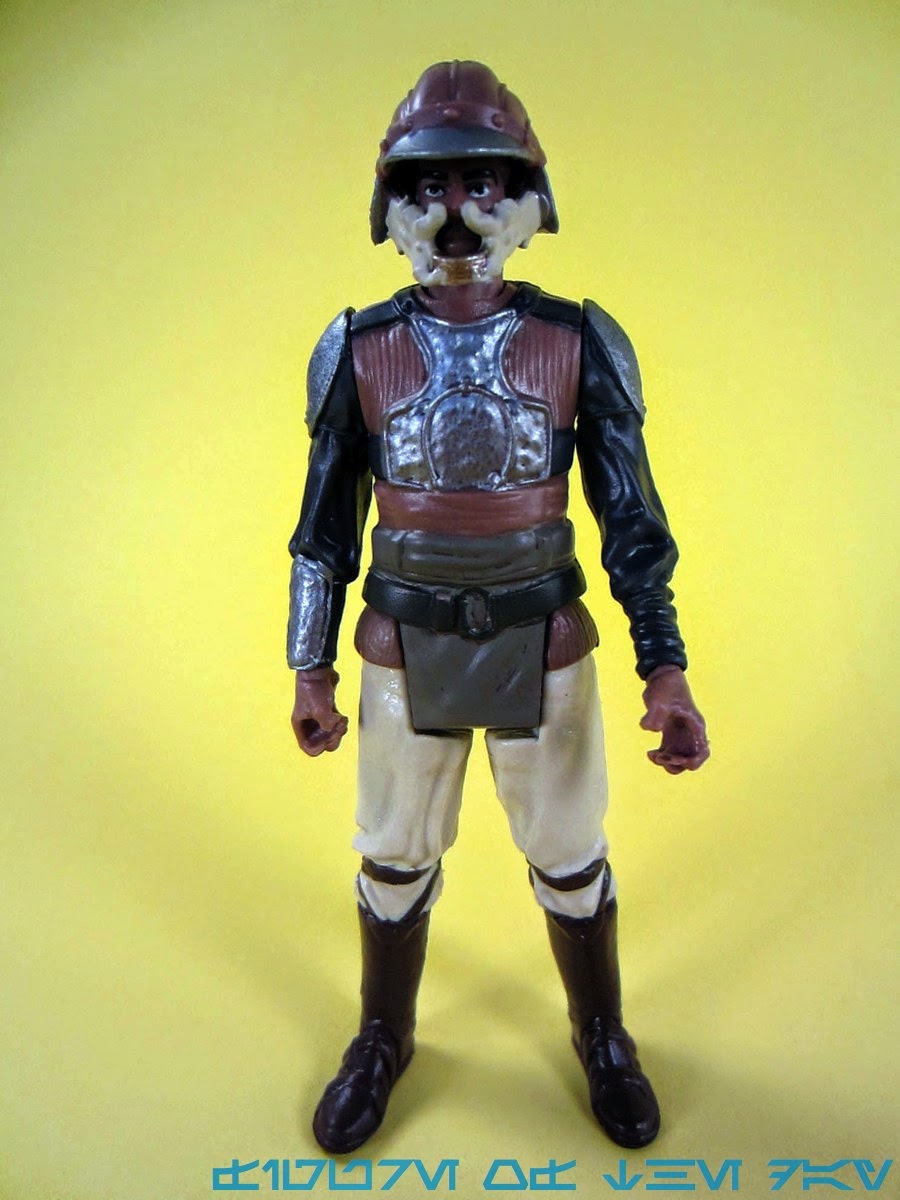 Deco is very good, but not perfect.  Thankfully the sculpt is on par with the other previous releases, making it great for most displays or a good vehicle pilot.   The lower torso lacks the deco variety we've seen on others, giving the whole loincloth flap more of a single-piece drap look.  We still get the blet, and the unique boots and pants.  He's even got the bracelet on his right arm, and the famous silver armor.  Pretty much every important element of the costume is here, so really the only downer for me is how the hands are sculpted.  It's not like he can hold the weapon with both hands, but the angle of his wrists make it a little awkward when it comes to waving it menacingly at the enemy.  So what you have here is a good, but ultimately strange version of a figure you may have bought somewhere in the neighborhood of 5 or more times by now, especially if you got that horrendously pale Target version.  Sure it doesn't compare to the super-articulated $10 Skiff Guard/Sandstorm dual release from 2012, but that's life - things change.  For $6 it's pretty good, especially by most current toy standards where there are very few action figure lines from a major company that are worth a damn and under $10.   Kudos to Hasbro for getting the prices down, and here's hoping customers continue to snag these for their kids (or themselves, it's a fine figure.)