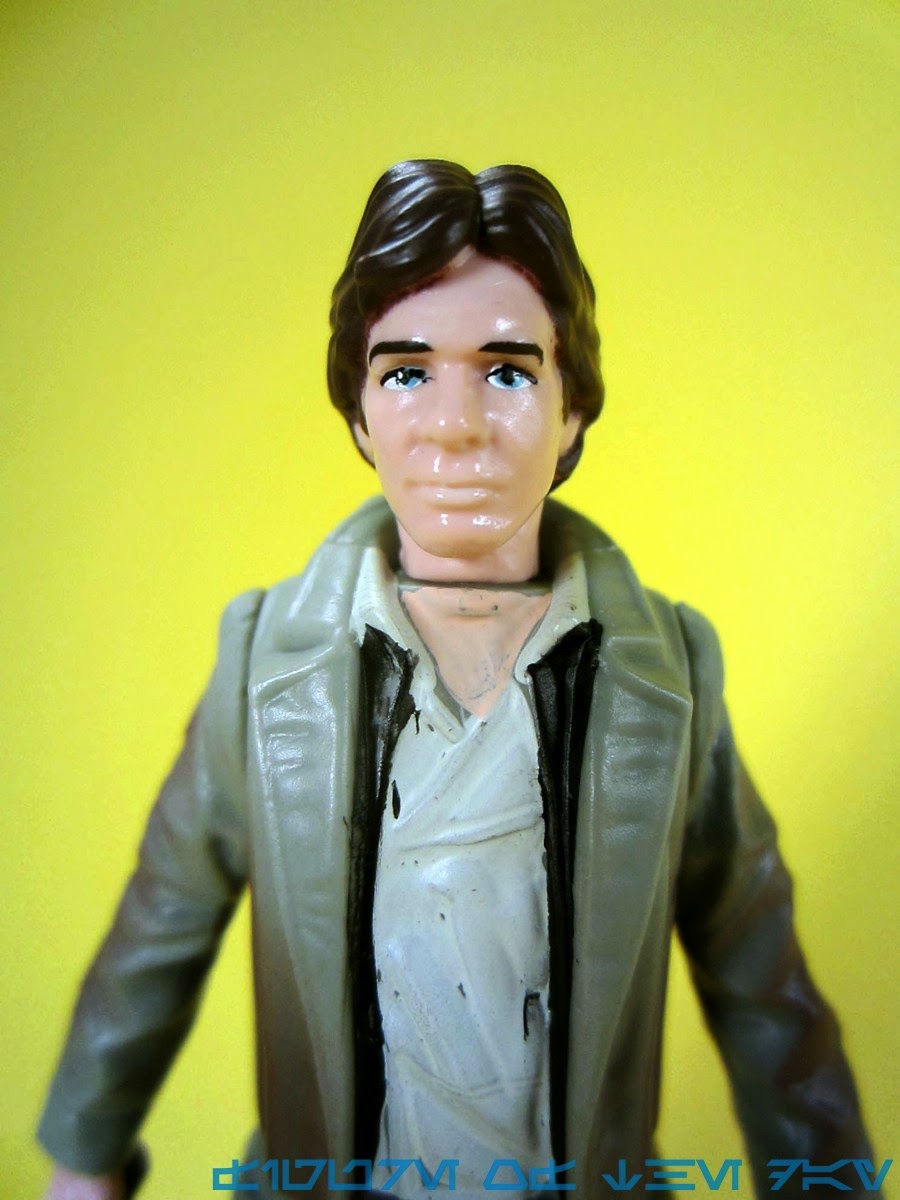 Commentary: Not bad! Han Solo (Endor) is - unlike the Luke and Leia from this wave - updated somewhat regularly.  We got one in 1997, we got a super-articulated update a few years ago, but this is the first time we got one with the coat sculpted as part of the pants.  The original from 1984 had a cloth coat, the 1997 one had a rubbery duster, and the 2006 version was a super-articulated figure with a cloth coat.  That's the norm - and that one had a holster.  This one has no holster, but it has a blaster and generally looks good. 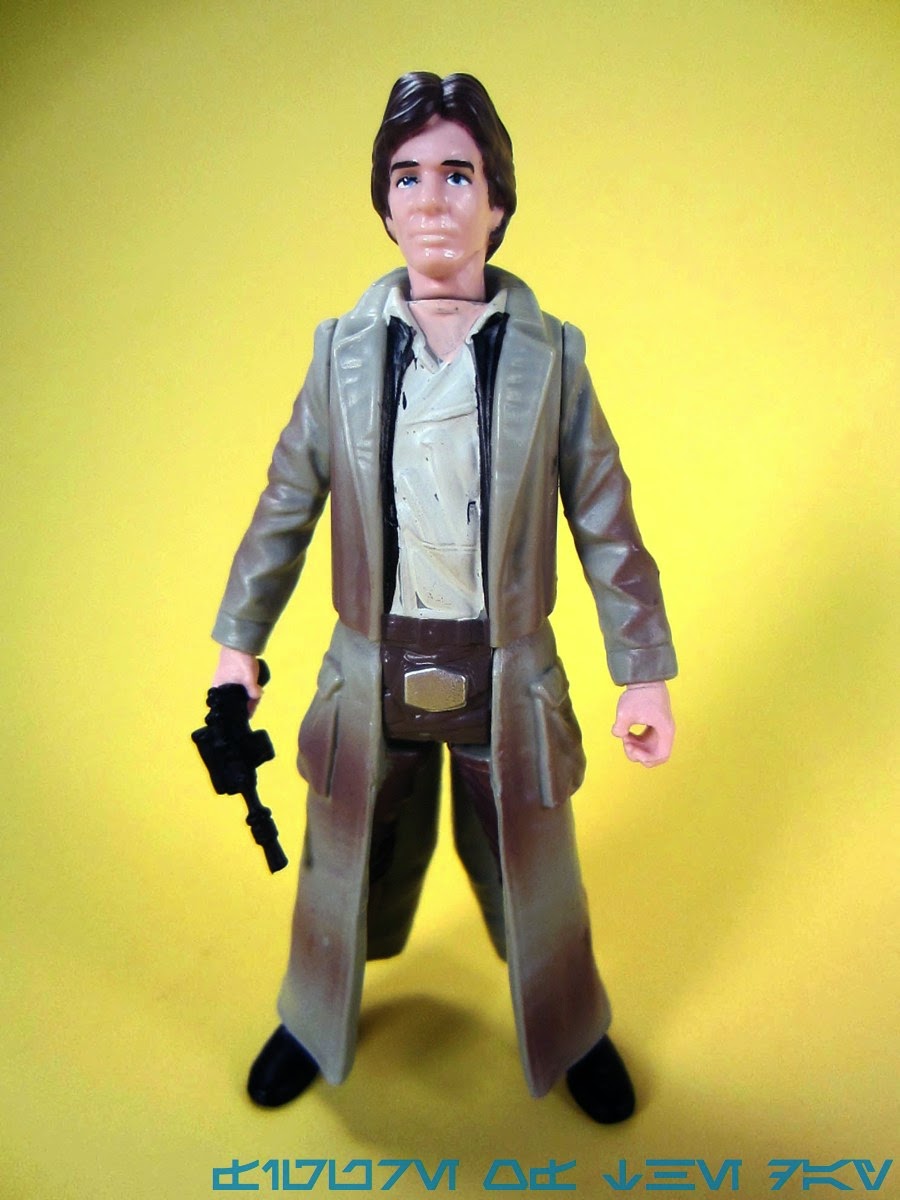 The Mission Series Han Solo from last year was a bit thinner than this one or the Bespin Han we just looked at last week.  Bespin Han and Endor Han seem to share a designer as the heads are similar and the poses are too.   While it's a bit tricky, you can swing the legs forward and he can sort of sit.  You won't be cramming this figure into the Millennium Falcon because the legs don't bend that much, but it's not like we saw him do it in the movies.  It stands well, holds his gun, and the arms rotate freely.  The pattern on the coat is nicely painted and the sculpting - while simple - is still good.  The figure is more doll-like than the other two in the wave, with bigger eyes and face that has a slightly more smoothed over appearance which is only exaggerated by the plastic. 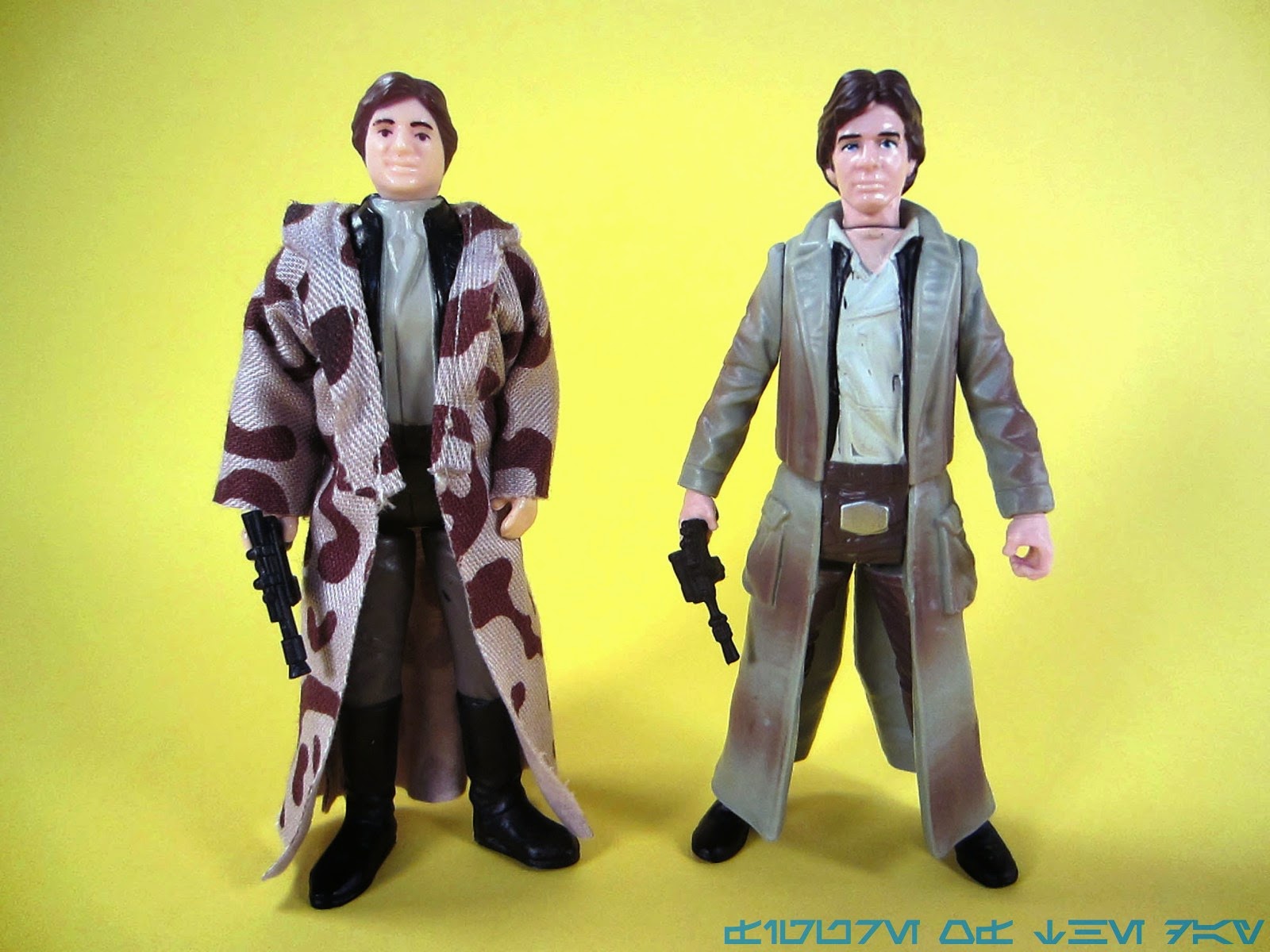 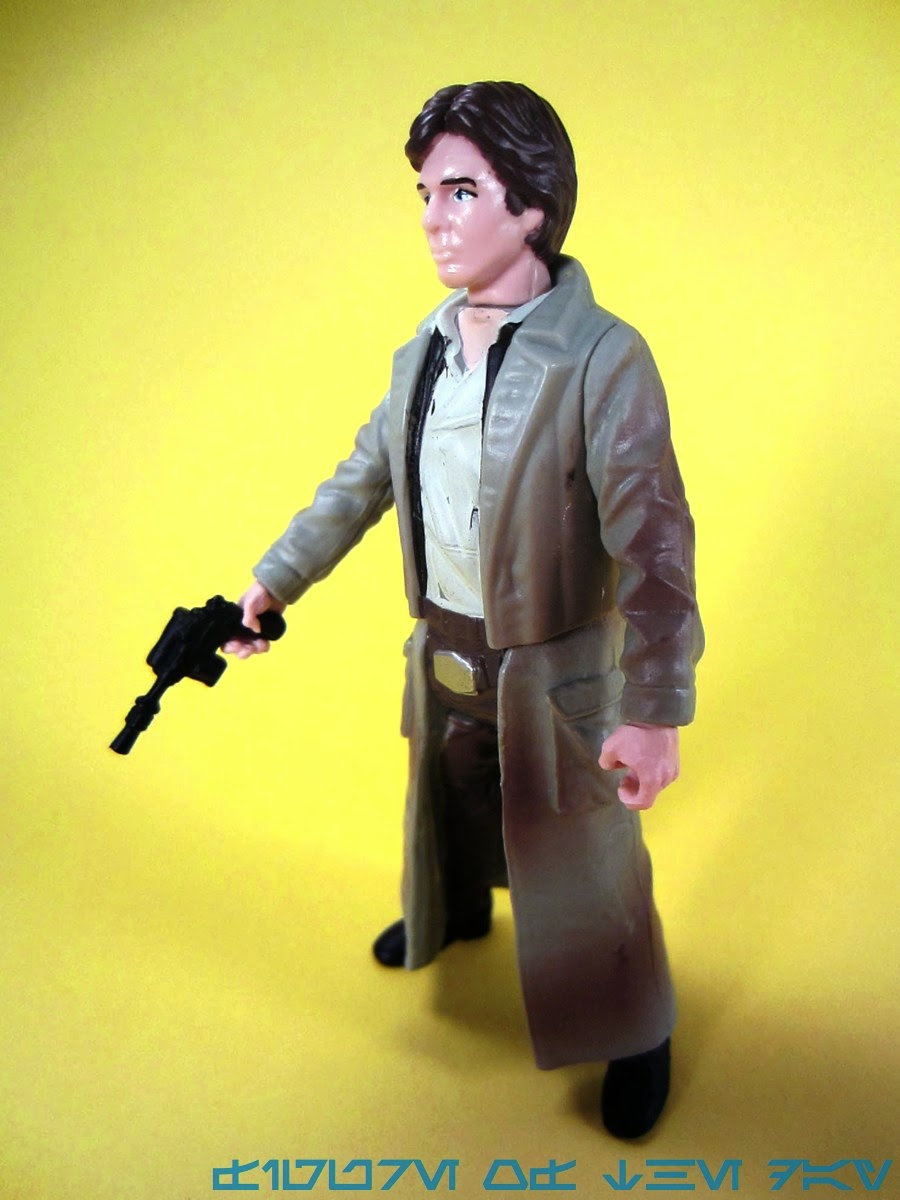 There is one flaw you'll probably miss - each leg has a boot and pants sculpted inside the coat.  The Hasbro factory painted most of the boot brown, to match the legs, rather than the black boot color.  The shoe part is properly black, but the hidden part is brown.  Oops.  I didn't notice at first, so maybe you won't care either.  Here's hoping there's no variation for me to track down later.  All in all, it's a perfectly nice action figure.  I'd say as toys go, it's pretty good as long coats seem to be problematic for Kenner and Hasbro in this style, so as this kind of figure goes I'd give it a solid B.  It's not bad, but it's not amazing.  It's decent - get one if you see it, but don't pay more than $10 for it.  It's not that good.