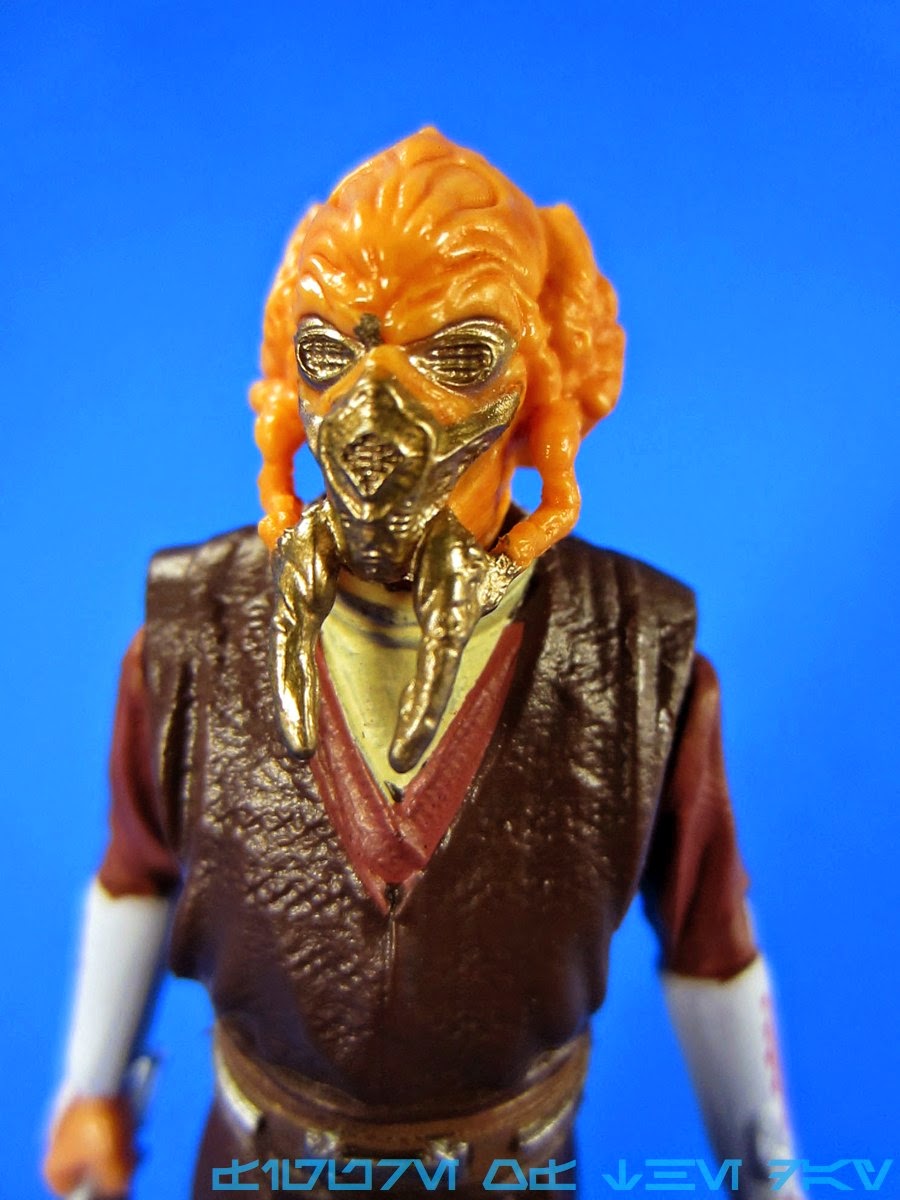 Commentary: This is hardly the first Plo Koon figure - if you're all-in you probably have at least 10 now (including repaints and repacks).   This is the first one with only 5 points of articulation, and it's the first movie-style figure with the costume from The Clone Wars.  For this reason, it's worth a look - it's new enough to be interesting, even though it's like Commander Gree in that it's new and it's also not.  The reason for making figures like this one is to get something to appeal to kids at a lower price, and Hasbro succeeded.   Certain paint details from previous figures were lost - claws are unpainted.  The ridges on the head lack painted detail.  The gloves are unpainted.   You probably won't notice until you compare him to other figures, so at first glance it's quite good.  This means it is, for all intents and purposes, pretty good - all 5 joints move freely and the character is a good representation with a decent sculpt. 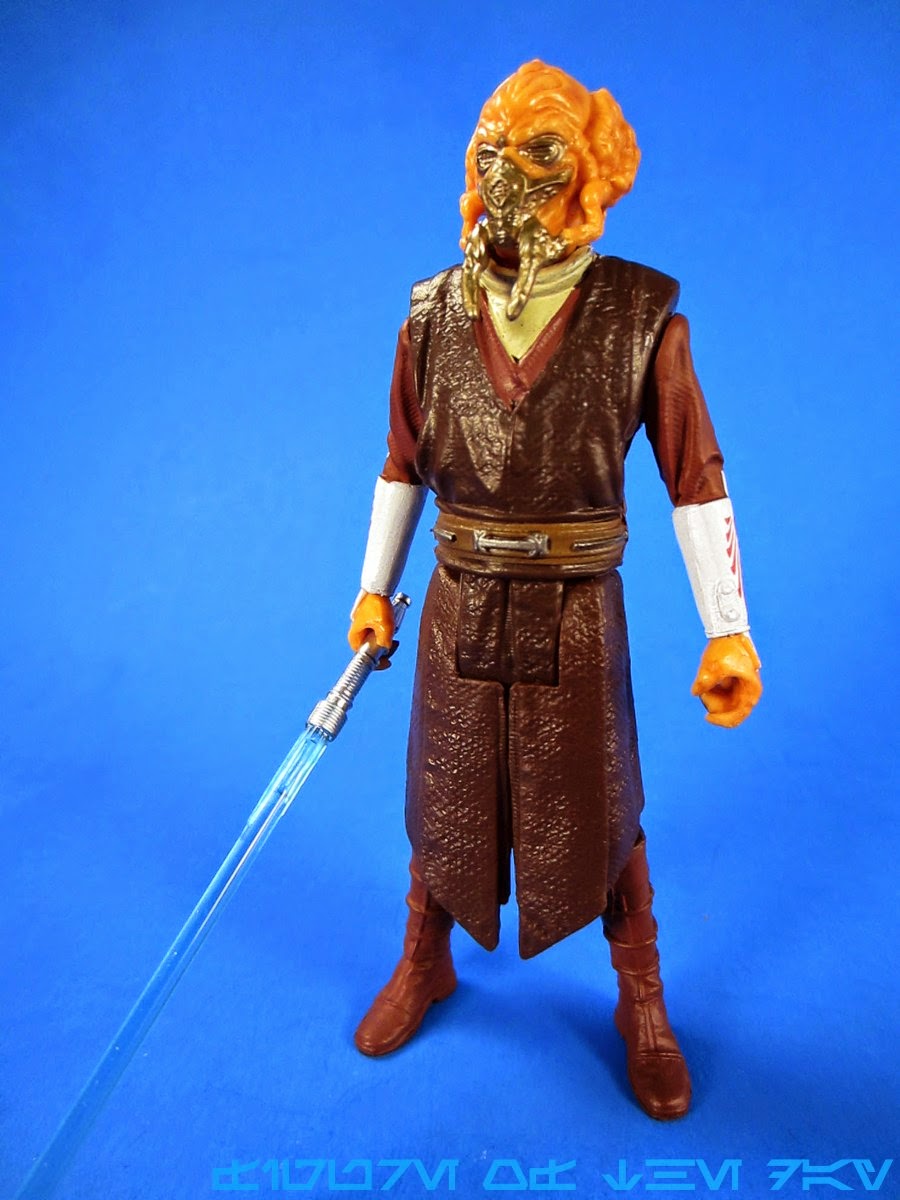 My main beef here is that for a "kid figure," I expect things when it comes to articulation - like sitting.  The figure can sit, but he can't fit into the various recent Jedi Starfighter molds.  His arms stick out, and his robes are a bit bulky.  The texture is phenomenal, but the leg joint cuts give him a large, square butt and the  legs don't bend enough to fit in a ship.  It's a perfectly good stand-alone figure, but like with X-Wing Luke you can see some of the shortcuts taken to make this figure a reality.  Paint app loss really stings in spots, especially when the functionality of the figure isn't as good as some of his brothers. 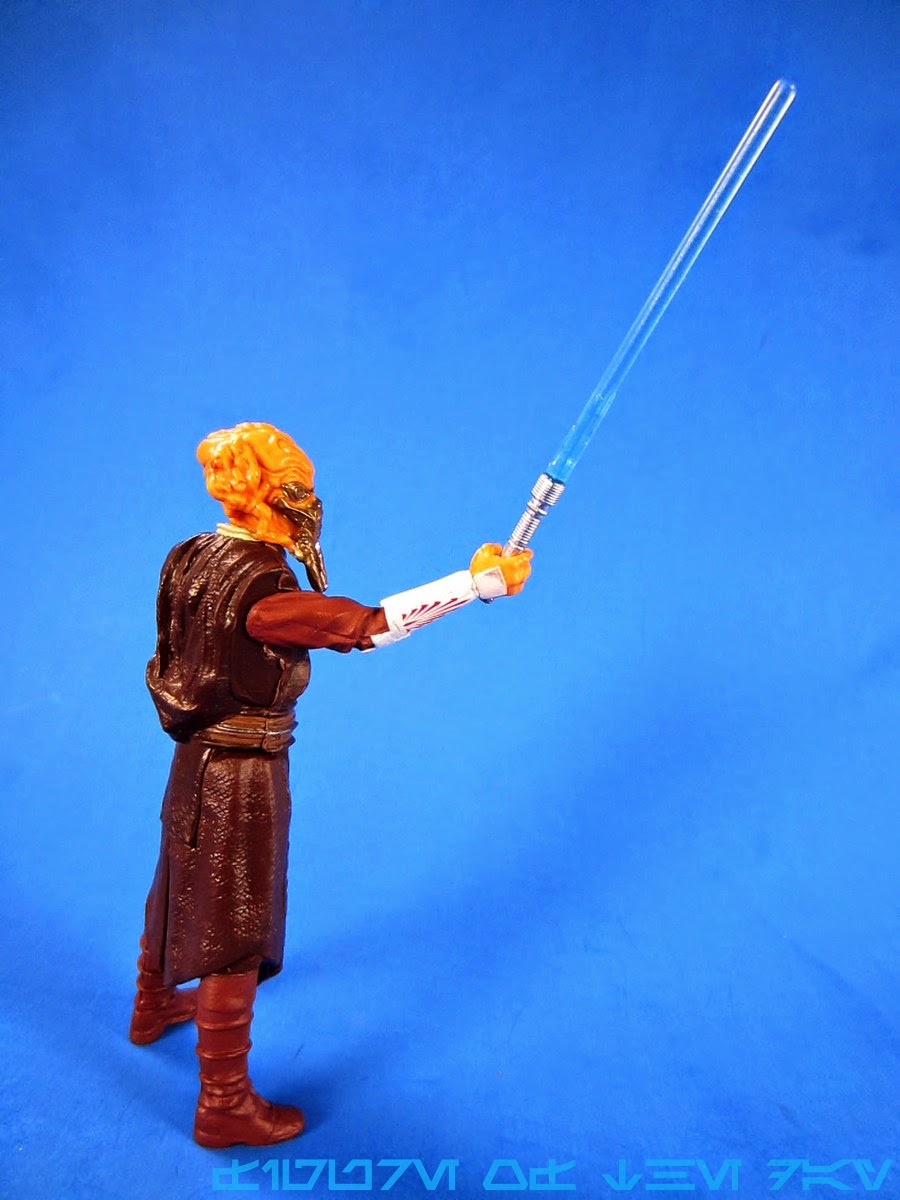 There's a definite difference between the pose and texture between the cartoon and "realistic" incarnations of this costume, and for that reason I would still suggest snagging this one as it stands up better and has a great sculpt - but you customizers will probably get the most out of him when you paint in a few details.

For six bucks it's the cheapest Clone Wars Plo Koon yet, but we probably are still a ways off from seeing the best interpretation of the character.  Here's hoping the 6-inch line has some fun with him.