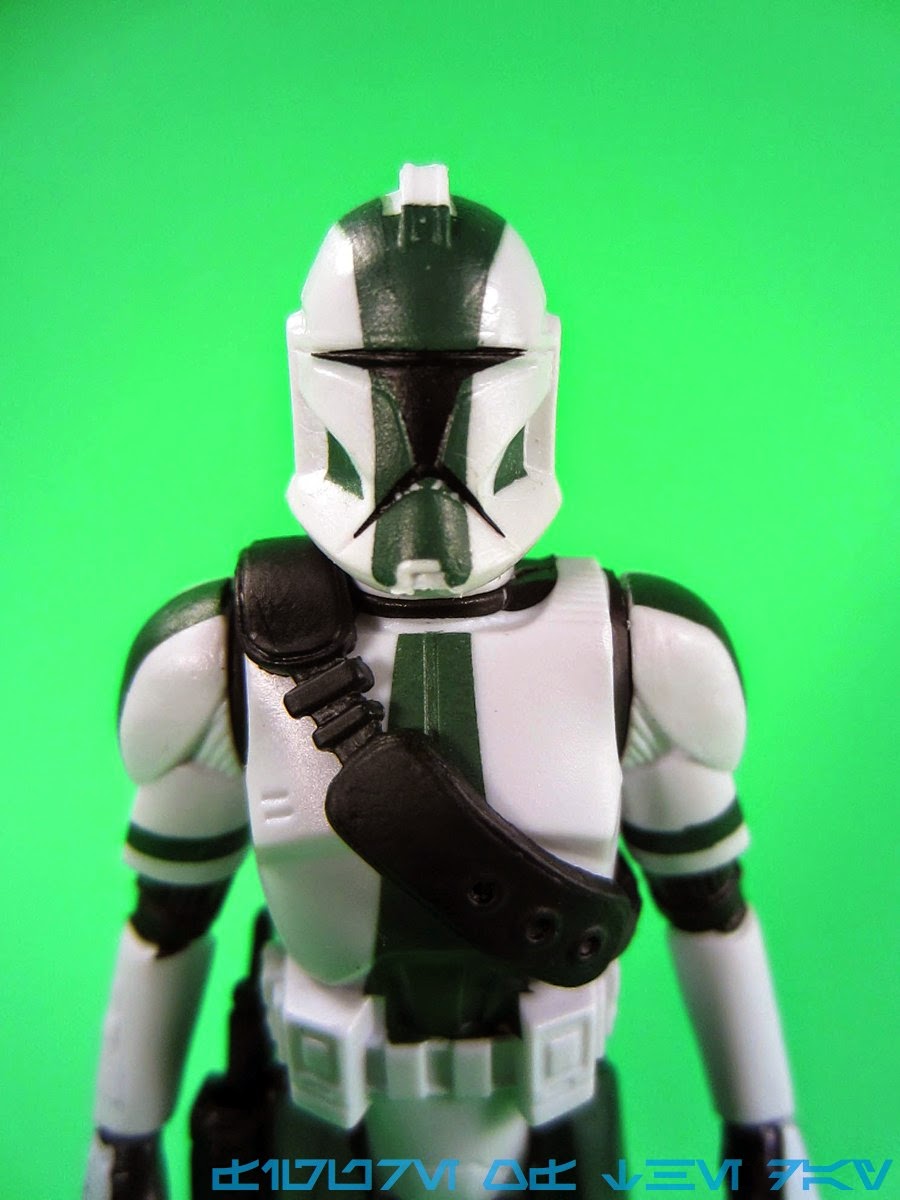 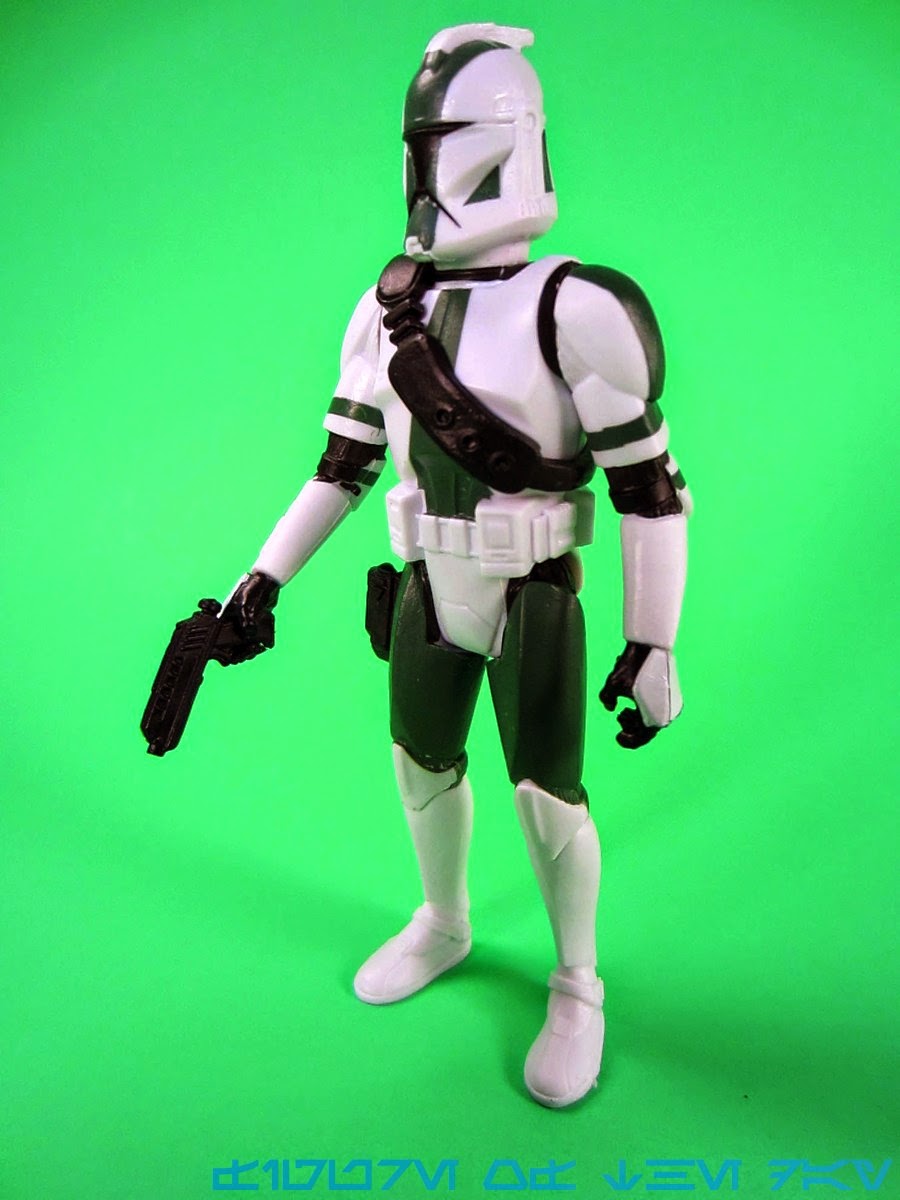 Commentary: There are precious few "realistic" or "movie style" figures that are unique to Saga Legends, and Commander Gree is one of them.  The basic Clone Trooper design has been altered with paint, a retooled holster on the hip, and a bandolier - and now it's a new character!

It's a great reuse of existing parts while it gives us all our first-ever "movie style" Phase 1 Commander Gree.  Oh, and it's worth noting that the panel on the back of the armor has also been retooled.  It has three dots instead of four, and some other design changes you won't notice unless you lift up the bandolier. 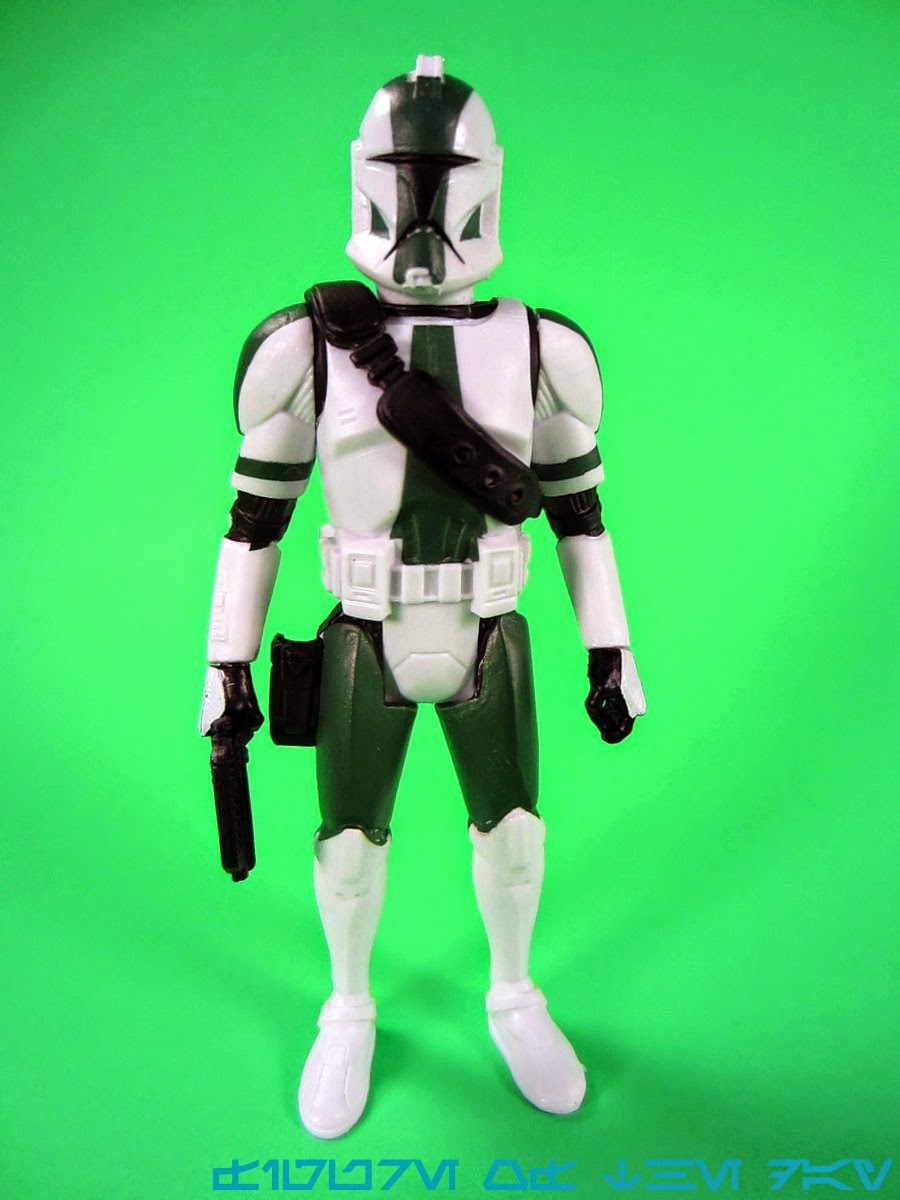 Articulation and the center of gravity as are as good as this line tends to be, which is to say, very good.   He has no problems standing, sitting, or fitting inside many vehicles.  The hip articulation is restricted a bit so you won't quite get that perfect 90-degree angle,  but he can sit in many Clone-related vehicles with no problems so he meets the articulation mandate.  For those seeking figures that should stand out a bit on their shelves, this is a good one - you don't have another Gree in this style yet, so go ahead and feel good when you buy this one.   It's not a brand-new character, but at least it looks different enough to be interesting.