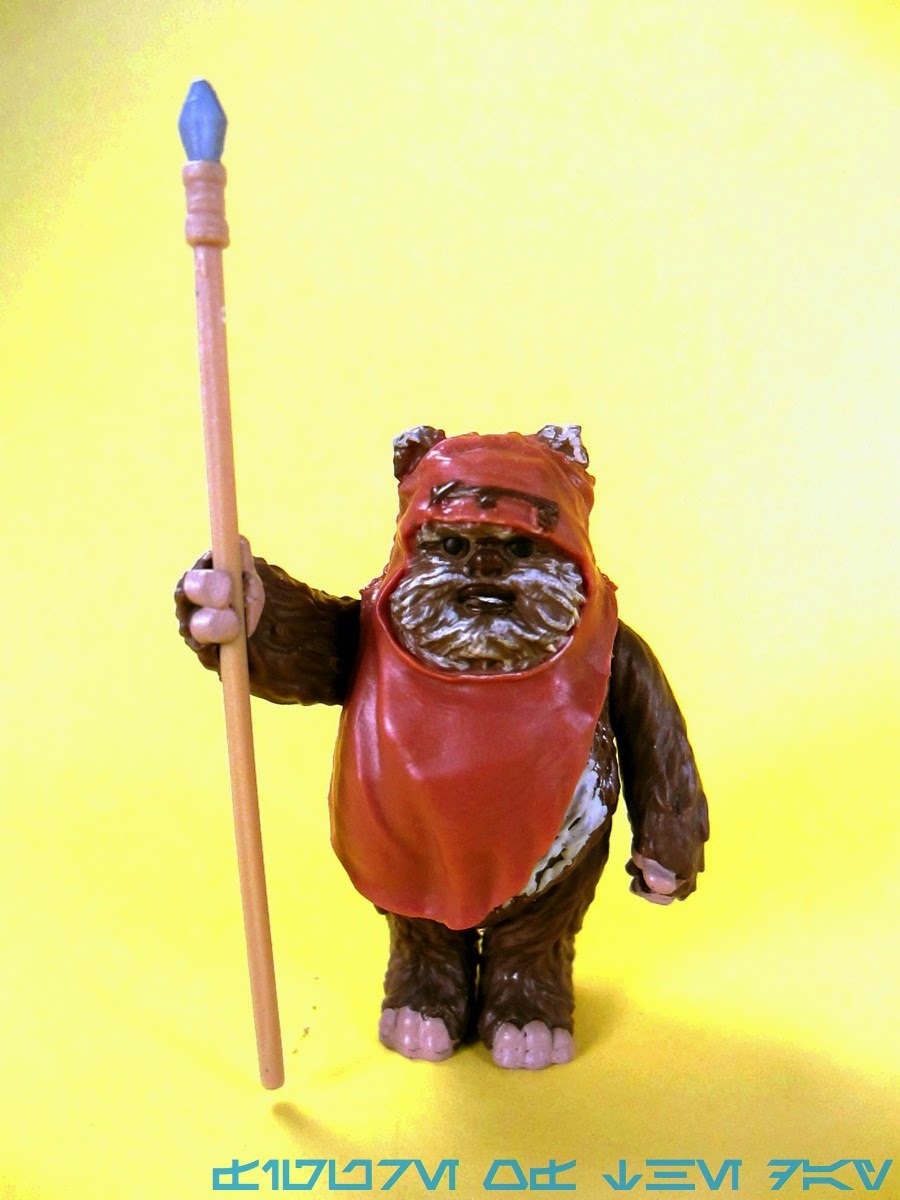 Commentary: There are a bunch of figures that seem premature, but when you really think about it the last new Wicket W. Warrick figure was in late 2010.  Prior to that, the last new mold was 1998 and before that, 1985 and 1984.   So in the cosmic sense, this seems a little too fast.   The last version had two hoods - one was based on the second season of the Ewoks cartoon - plus a bag and a bunch more articulation.   If you bought that figure, this one offers nothing really new - but if you missed it, it's pretty good.  Even when you take toy inflation into account, that figure was ten bucks and this one comes with a Scout Trooper for also ten bucks.

In terms of sculpt and articulation, it's a departure from previous releases in that Wicket's hood is molded to the head - this is a first for movie Wicket figures. This hinders the neck joint, which can move a couple of millimeters in either direction.  Each limb can swivel fully, just like the 1984 original.  Oddly, he's still pretty good at balancing in various poses and he can look somewhat awkward while "running" just like in the movie.  The fur texture is good, as is the leather hood and the stitching over his face.   The paint masks also seem better than the 2010 Vintage version, with the hairless painted fingers seemingly having cleaner paint masks.  The fur paint is also pretty much the same - a little whiter - but the real surprise came from the improvements from the lack of paint.  The white dots in the eyes were dropped, resulting in a better overall look.  The figure also lacks the tooth gap of the 2010 version, although if that's an improvement or not is up for argument. 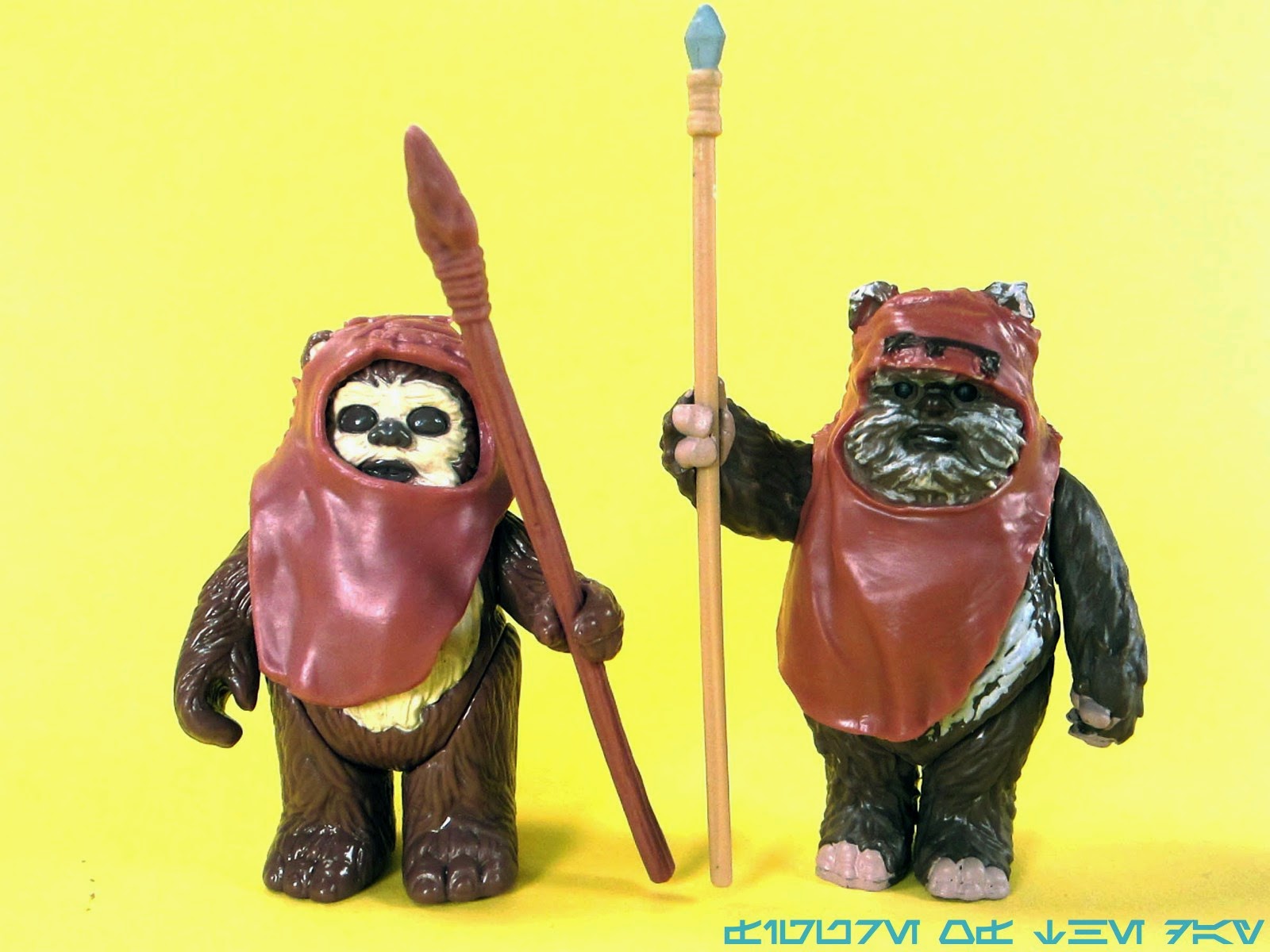 Wicket has no problems holding his spear, but it lacks some of the paint of the last release.  The rope securing the rock to the pole is now unpainted, but the texture is pretty much the same level of quality.   I won't - and can't - argue that this is a must-have figure, but I will say that if you need a Wicket you'll get your money's worth here.  Looking around the market, this is the cheapest Wicket you can buy right now so I'd say it's worth getting.  Given the companion Biker Scout, this should prove to be a popular seller for non-collectors as kids will want some Ewoks and that first Scout Trooper.