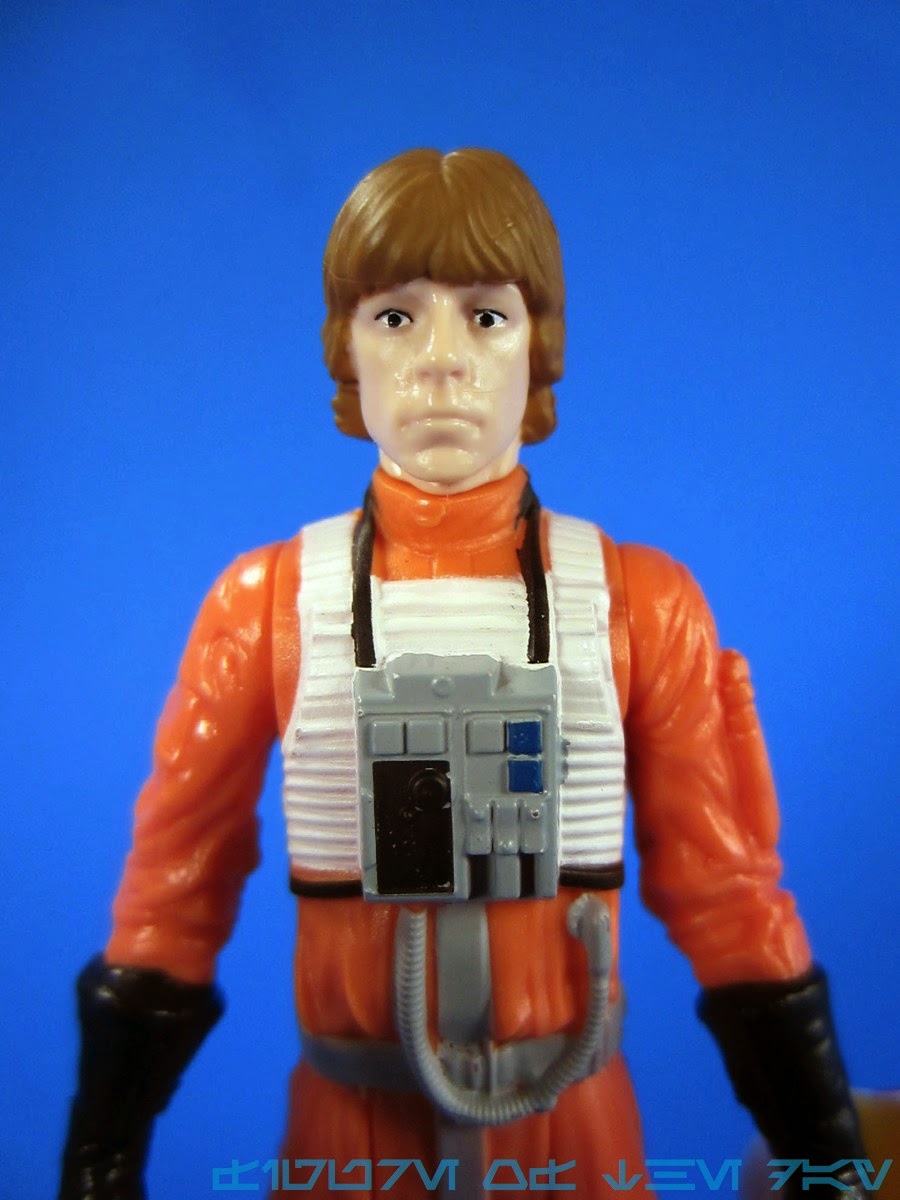 Commentary: One of the fascinating things about Saga Legends and Mission Series is that they seem to be working overtime to update all the original main cast figures in a hurry. We're getting some neat stuff of varying quality, like the nifty but admittedly underpainted Luke Skywalker.  In terms of engineering, it's great.  In terms of deco, it is not.   In terms of being six bucks, it is six bucks.   When you get right down to it, the figure is fundamentally an all-new sculpt of the Power of the Jedi release minus the torso joint. 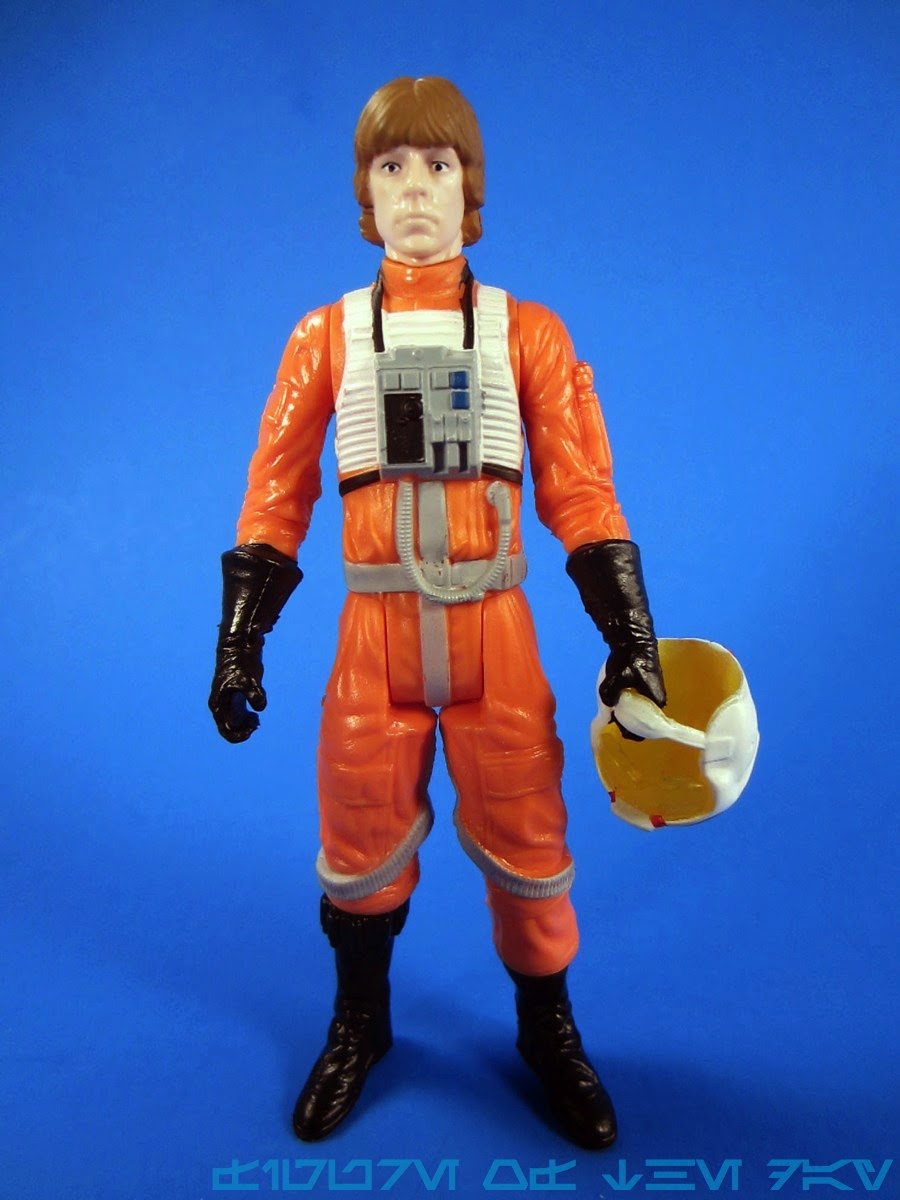 He can stand, sit, and grip weapons nicely.  I tested him with a small battery of X-Wing toys and he fits very well in them all - but he fits best in the re-redesigned version that was used for the Vintage Biggs version and the Toys R Us Death Star Trench Run version.  The sculpting has lots of hoses, wrinkles, and folds plus shiny (but not too shiny) gloves and boots.  It's very nice. 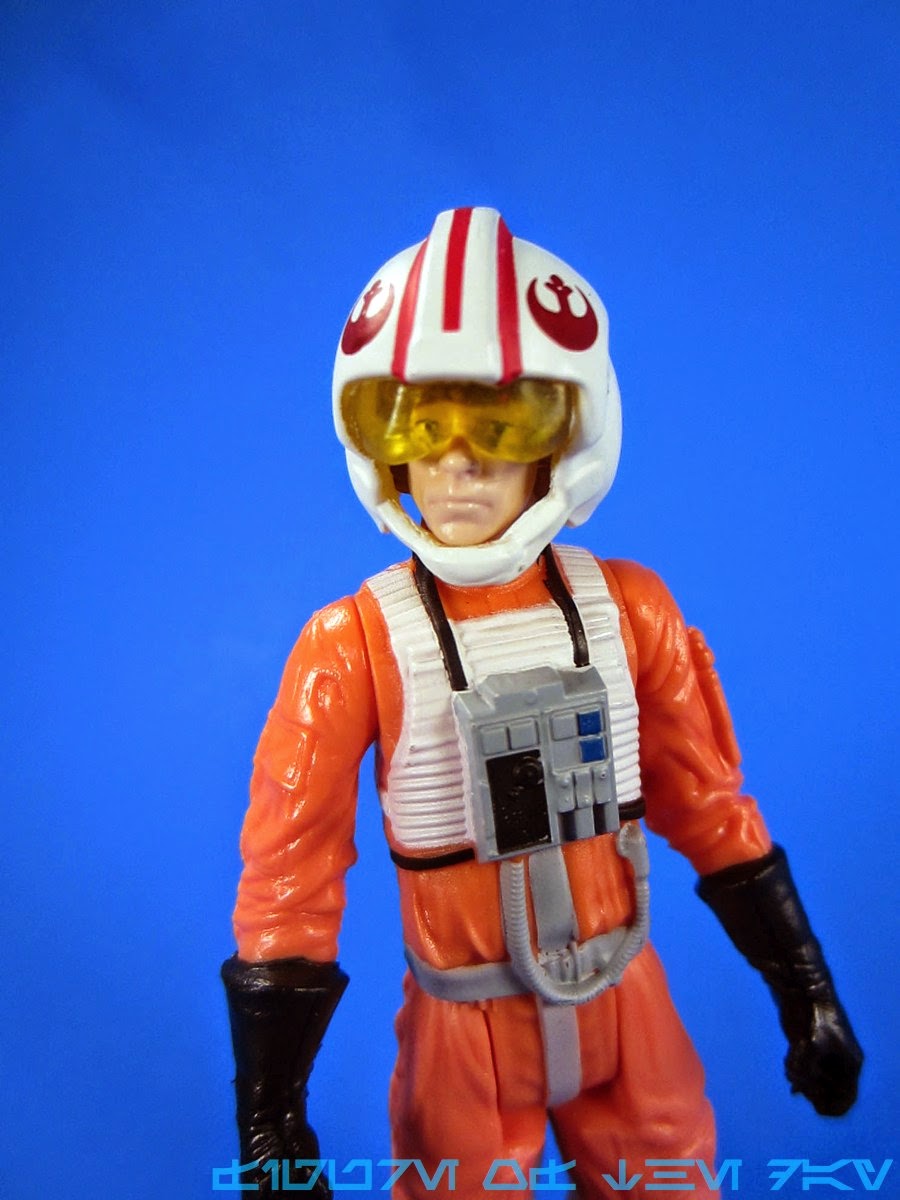 The deco is less nice.  The helmet decoration is better than the 1979 figure, but not by a ton.  There's no striped black box on the front, the stripes on the sides are gone, and the chinstrap is an off-putting white color.  The removable helmet would have been better served to eliminate the chin strap completely, because the white one looks off. 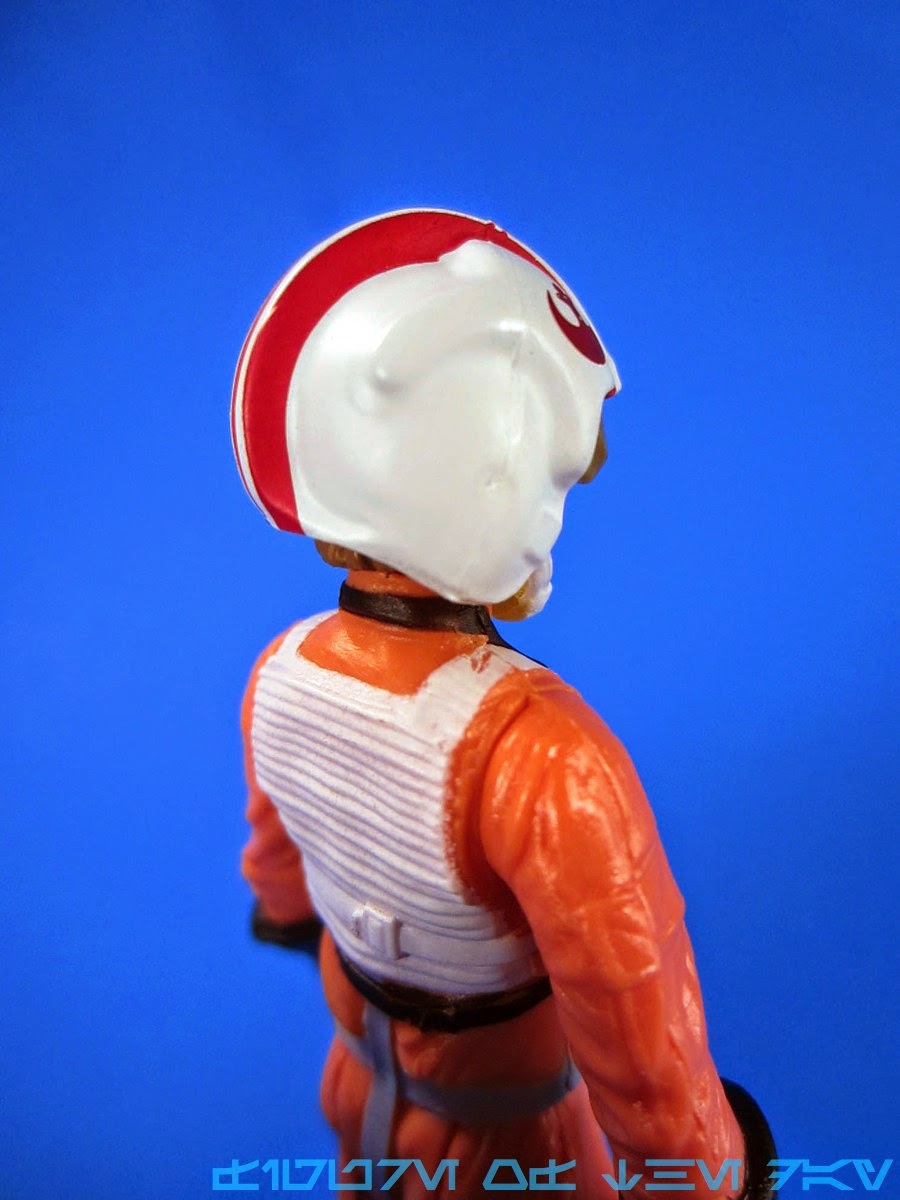 Luke's hair is a strange color as well, but other than a few unpainted chest buttons I can't fault it too much.  He's orange, he's got some white, and his various straps are painted.   Hasbro did a pretty good job in the era of extreme cost-cutting, but a gun and some chin strap paint would have been nice.  All of the sculpted details from the better figures are here, just minus some of the paint.  This is by no means an essential figure but he stands up very well and fits in vehicles perfectly, making him one of my new favorites.  He's been standing on my desk and not falling over as I work, which means he is a very good figure overall.   I know it's not for everybody, but it's great for me so I dig it.  With a couple of paint changes to the helmet, this would be the best figure to use to actually pilot your vehicles.  As it is, it's just a little goofy and for that reason I dig it.