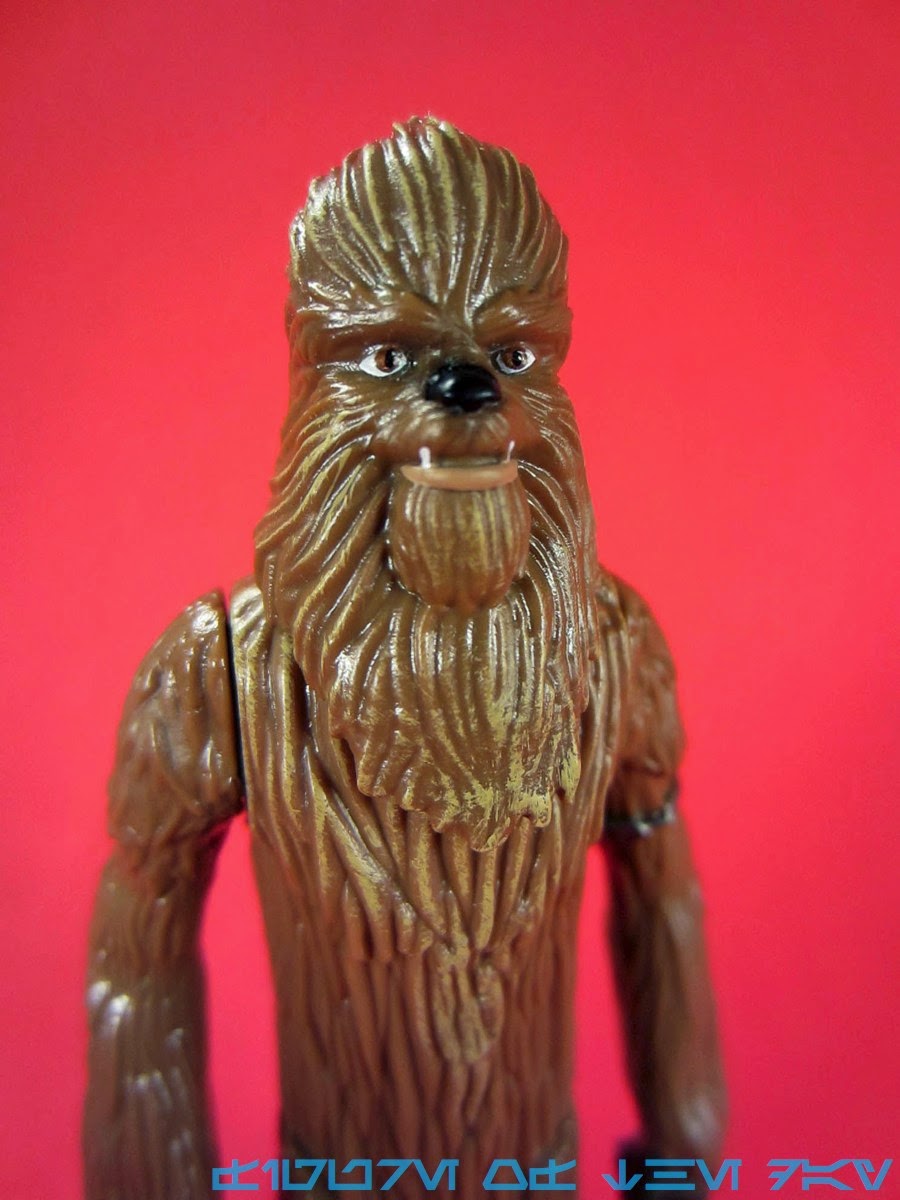 Commentary: And this is the nameless Wookiee Warrior, another new entry into the canon, sort of.  We've had quite a few Wookiee Warriors from the movies before, but precious few from the TV shows.  Like his companion he has 5 joints, but the big difference here is that his neck doesn't really rotate.  I like this figure because the face has such an unusual personality - he looks laid back.  Most Chewbacca figures are angry or snarling, other characters tend to look growling or otherwise ferocious.  This one just looks like some dude hanging around, and when you've got thousands of plastic men from a galaxy far, far away it's a welcome change of pace. 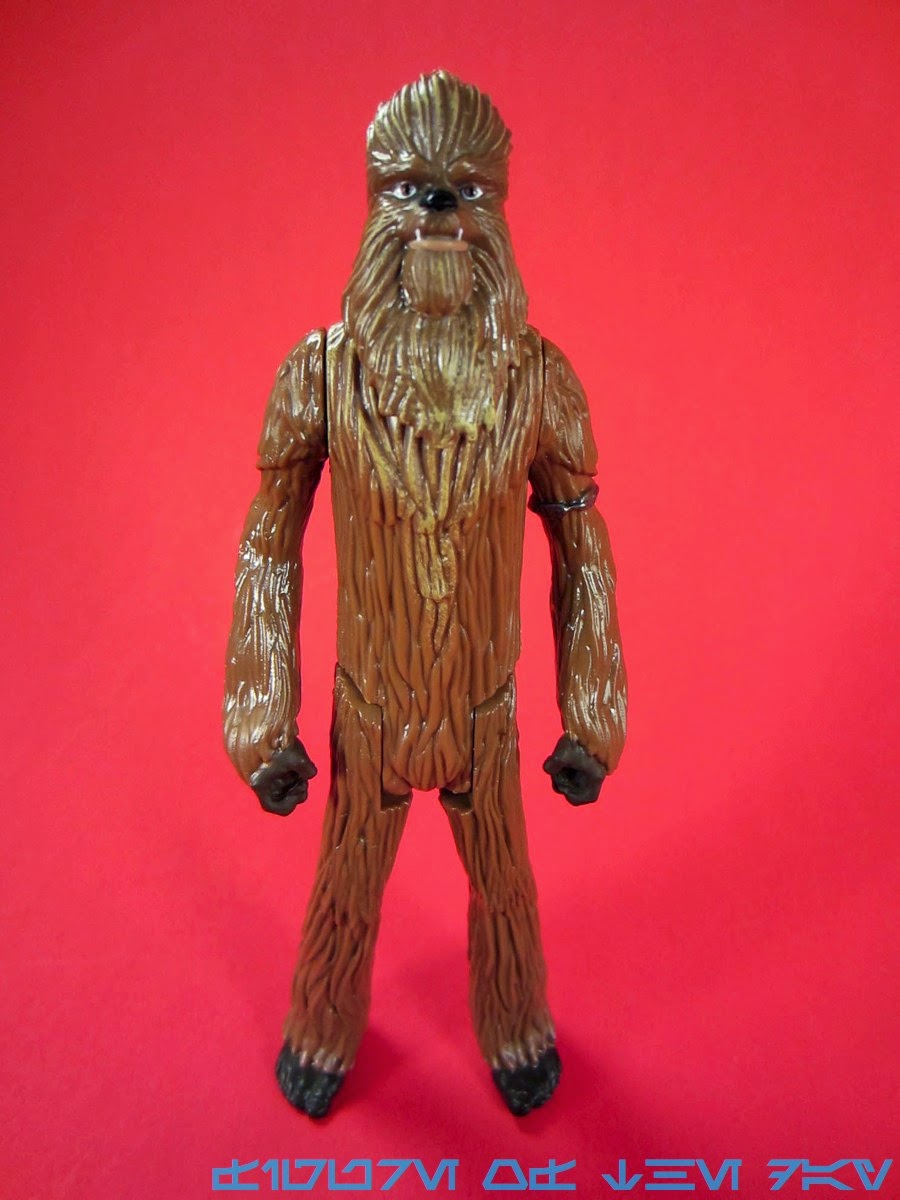 The lanky figure is more in line with early interpretations of Chewbacca, although it's a lighter color with an armband.  As a background, nameless figure it turned out quite well. The coloring is great, the texture is good, the only thing I find odd is the glossy fur.  I'm glad to see they painted his hands and feet, and the facial expression is nothing short of delightful.  It's really amazing to see this figure mostly because it's one of the ways the line has changed in a big way.  Chewbacca was the only Wookiee to get toys until the "Wookiee Scout" Roworr in the year 2000.  He was followed by Senator Yarua, Tarfful, scads of Wookiee Warriors, and the rest is history.  It's really cool to see some of the various races and factions get fleshed out, although it is kind of weird to see a minor character given a figure in a line where the main cast still hasn't been completely released in plastic.

Collector's Notes: I got this from Entertainment Earth.  This set started showing up in stores late in January with more trickling out slowly thanks to the dock worker not-a-strike-but-a-strike that has only just recently ended.