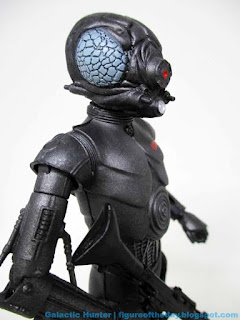 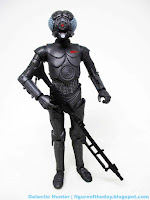 Commentary: As probably the lesser of the least bounty hunters, Zuckuss being done in Kenner colors is nothing new - aside from the 1982 original, Hasbro did it in 2010 with a con exclusive and I would argue they did a better job then.  Much like Boba Fett, Hasbro seemed to want to put too much movie styling in this one.  It's the same great modified C-3PO body with jointed elbows and moving rods - it's impressive.  It can hold a gun!  It has an awesome head!  But it's only sort of, kind of Kenner colors. 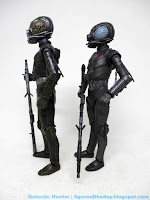 The base plastic is good, but there are two details where it goes sideways - and on a figure with so few details, it's kind of an issue.   There's a red swoosh on this 6-inch figure's chest - the original Kenner toy did not have this, but it was in the movie.  The wiring on the belly was a silvery color on the original Kenner toy, and here it seems to be just the wiring.  I suppose it all comes down to personal preference, but when you say "Kenner colors" I want "Kenner colors."  There were no quibbles about the sculpt at all - and I guess depending on when you grew up, this might not look at all odd. 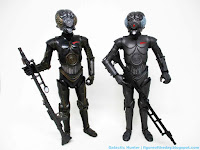 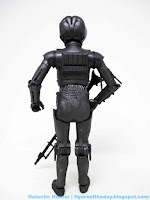 The head is pretty much how I remember it, and I can't really fault that for being on the money.  If you have the means, go ahead and get yourself one - but much like 4-LOM, you'd probably be fine with either version.  They're different, but thanks to the relative obscurity of the characters and their coloring in media both looks seem right.