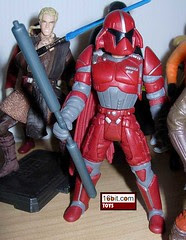 
Bio: The Empire's victory in the Battle of Hoth has brought hard times for the Rebel Alliance. Han Solo has been frozen in carbonite by Darth Vader, and two huge bounties have been placed on the head of Luke Skywalker. The Emperor wants him alive, but Prince Xizor, underlord of the most powerful criminal organization in the galaxy, wants him dead. Worse still is that the diabolical Xizor is holding Princess Leia Organa prisoner in his castle on the Imperial Center of Coruscant. This is a tactical maeuver, part of a larger master plan to lure Luke Skywalker into his castle where he can be easily eliminated-- the key step in Xizor's plan to replace Darth Vader at the Emperor's side. unaware of this danger, the young Jedi and Lando Calrissian sneak into Imperial City hoping to rescue Leia. Simply laying foot on Coruscant is a dangerous act for these two: high on the Empire's list of most-wanted outlaws, they could easily be recognized and captured -- or assassinated. Disguising themselves as beggars, they "borrow" the armored uniforms from a pair of elite Coruscant stormtroopers. These troopers are some of the Empire's finest, selected as home guards for the wealthiest and most cultured city in the galaxy. Joining forces with Chewbacca and Dash Rendar, Skywalker and Calrissian attempt to infiltrate Xizor's nearly impenetrable stronghold and rescue the princess. (Taken from the figure's cardback.)

Commentary: Kenner shocked us all in 1996 with new figures based on original design work from Kenner and Lucasfilm-- including Luke Skywalker in Imperial Guard Disguise. This figure, complete with removable helmet, was cool because it was a troop builder, a new Luke figure (at the time, the fourth), and custom fodder all in one. (Lando also wore this outfit but never got a figure made of him.) This new figure has the typical 6 points of articulation, a helmet, and a stick-- which, all put together, make for a great figure. While cut from the beefy, poorly articulated cloth of his time, this figure still looks great on a shelf next to everybody else and will bolster your too-small Imperial forces. It truly was a product of its time, aside from the fact that Kenner spared us the horrible neon, spring-loaded rockets, and rotten sculpts that it sold in its other lines at the time. (If you think early Star Wars from 1995-1997 looks odd, go check out Congo, Waterworld, Batman & Robin, and their other movie-based lines at the time. The many Buzz Lightyears available today will look refreshing.)

Anyway, my point is you should get one of these if you claim to be a supporter of the Expanded Universe sub-line of non-film toys. Also, if you missed it, Shadows of the Empire was a 1996 "multimedia event," better known as "warming up the marketing machine for new movies." A novel, soundtrack, comic, Nintendo 64 game, toy line, pop-up book, and making-of book saw production for Shadows but support faded quickly when Kenner confirmed that the single batch of figures, vehicles, and 2-packs were to be it. (Galoob, however, put out a few more products in years to come, in addition to its initial MicroMachines line.) So if you can imagine Clone Wars being much less popular with fewer products and was slightly more reviled by fans, that's what Shadows of the Empire basically was. (I rather dug it for what it aspired to be-- a movie without a movie.)

Collector's Notes: In either late 1995 or early 1996, the working names for these figures got their way into my hands. This one was originally called a "Coruscant Guard," which lead many to speculate it just might be a fancy new term for the Emperor's Royal Guard, which would mean that some of us were expecting something that looked a little more like Kir Kanos. Likewise, Chewbacca as a Bounty Hunter was "Chewbacca in Snoova Disguise," and Snoova was later revealed to be a sort of cyborg Wookiee. The Shadows of the Empire line was the first de facto run of Expanded Universe action figures, bringing to plastic 4 brand new figures for the very first time: this Luke, the aforementioned Chewbacca, Prince Xizor, and Dash Rendar. While not as well-received as Clone Wars, these figures still do have a special place in the heart of collectors and those who are fiends for comics, games, and novels.